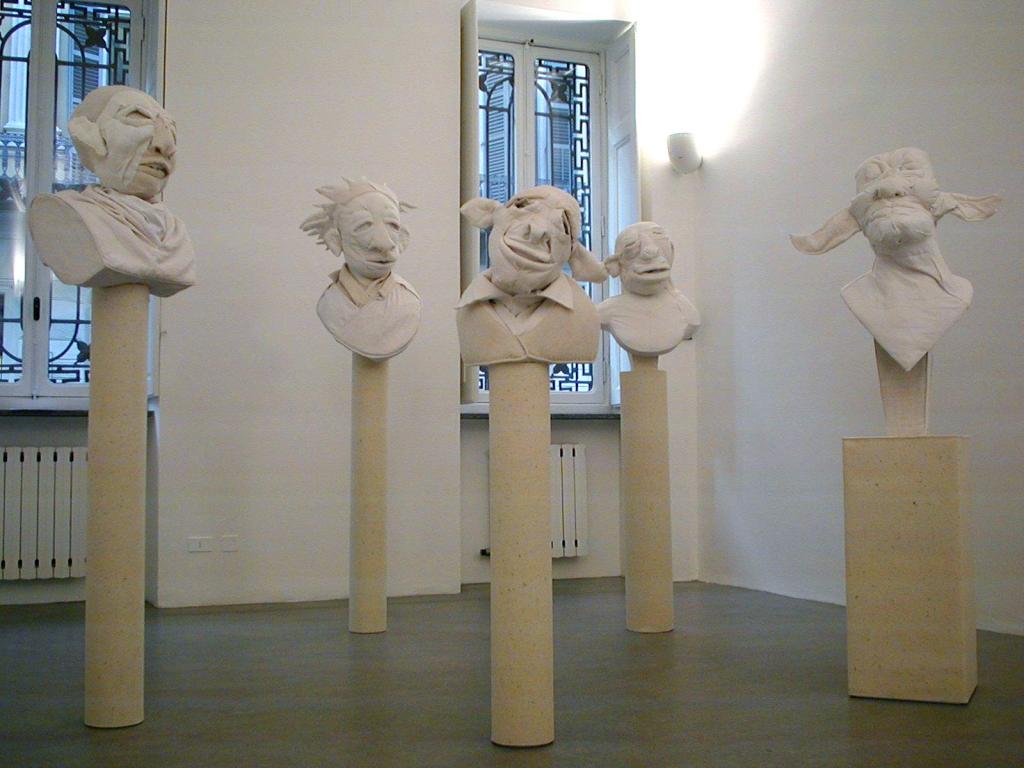 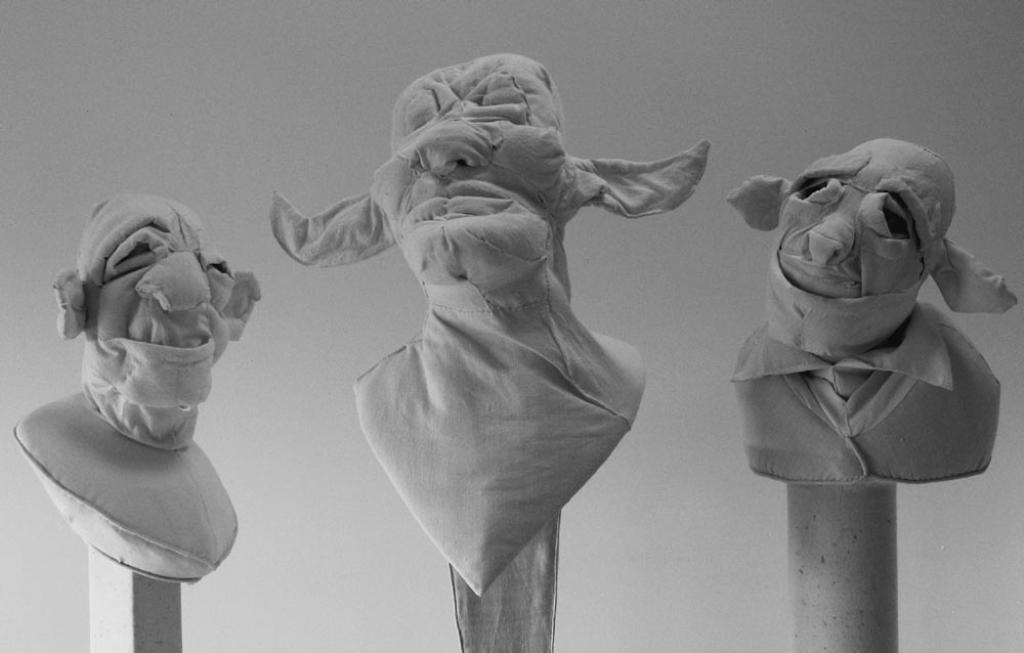 «The Noble Savages are fabric statues, which evoke a contrast between power and fragility, might and weakness.
These portraits reinterpret some of the characters from Los Caprichos (The Caprices), a series of 80 etchings by Francisco de Goya published in the 1790's. The scenes depicted by Goya's Los Caprichos blend fancy and folly with a darker side of humanity.
It is my intent to bring the historical work of Goya forward into contemporary culture, as his intelligent apprehensions of society are as valid today as they were two centuries ago».

«Themes of catastrophe were popular in the late 1700's and Goya, like Hogarth in Britain with his A Rake's Progress, chose to portray figures from the underbelly or margins of society. The engravings of both Hogarth and Goya depict desperate, destitute figures and drunkards, women are often represented with diabolical or perverted elements, either directly or in background figures.
Traditionally heroic busts are constructed of durable, valuable material such as bronze or marble.
The neoclassical convention of sculpting busts paired with such materials attribute an image of power to the historic figure, who should be remembered for acts of courage, intelligence or social position. However the busts I made are made of a simple and humble material - the hemp fabric which I used was hand-woven one hundred years ago by women from the Canavese region as part of their dowry - to emphasise the human vulnerability that is so much part of a position of power.
The choice of fabric for the busts is also based on the fact that we use textiles to cover and often mask our vices, our weaknesses and our very humanity, by having them tangled up and appearing "normal" within our social conventions.
The busts are therefore not a realistic representation of the human figure with all its powerful and refined features, but - as was already outlined by Goya in his suggestion of deformity - underline what is exaggerated, animalistic and crude.
Also in today's world, people who are put on a pedestal, who exert their power over other human beings and every day publicly put on their appropriate attire, are like all of us made of fragile tissue and exposed to the temptations and the degenerating toughness of the events that occur around us. They are slaves of their own positions. Like Dionysus and Apollo or Wilde's Dorian Gray, these characters consume and deform their soul everyday, by continuing to show off an image of youthful agility and virtue. We are haunted by the uncertainty of doing the right thing as the glittering material world swings around us. Like the fantastical characters depicted by Goya, we are part of a world of monsters that reason has dreamed up and act in it in all our fragility».