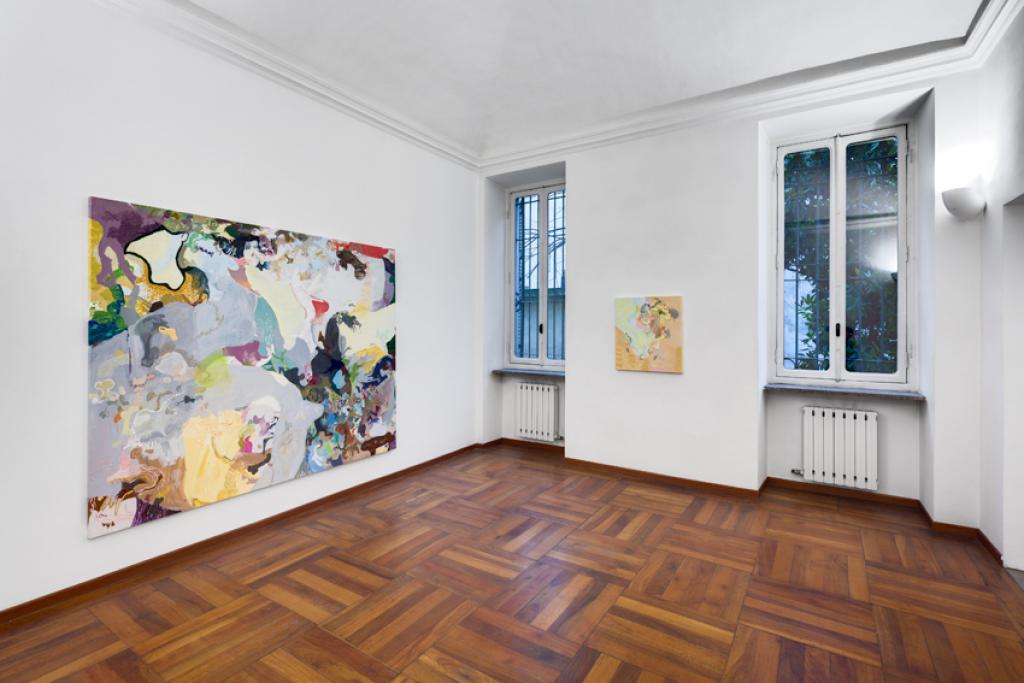 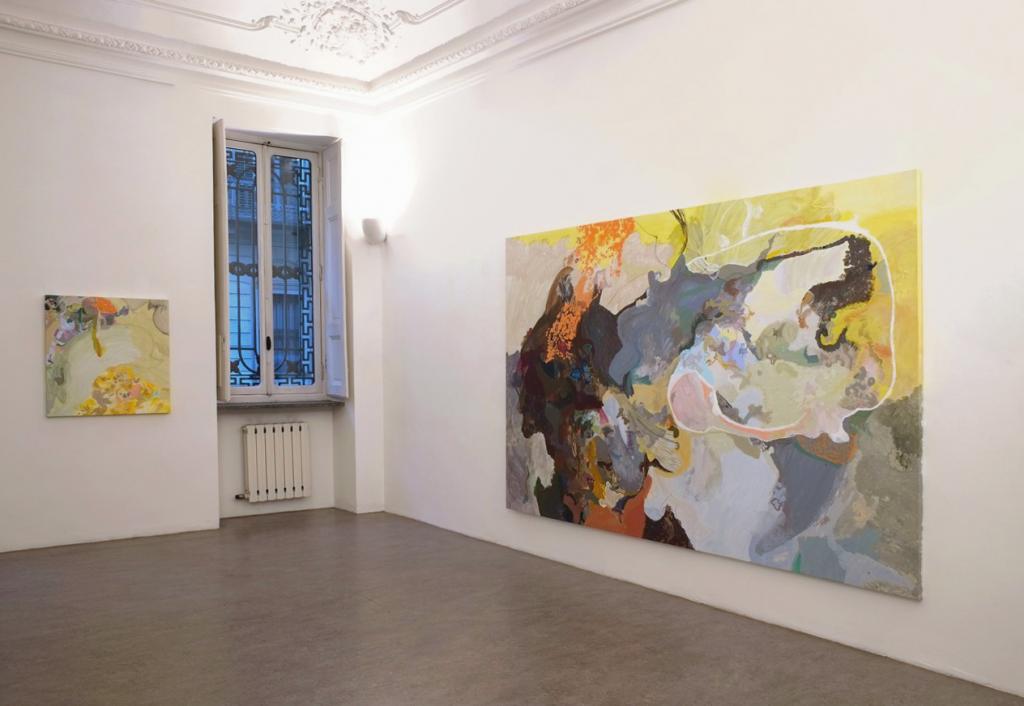 Alberto Peola Gallery is pleased to present Codri Earthquake. The exhibition, which is the solo debut of Moldovan artist Victoria Stoian, is the result of her collaboration with Clara Sofia Rosenberg, who has provided theoretical support to Victoria’s work for several years. Ever since they met in 2009 at the Accademia di Belle Arti in Turin, Victoria and Clara Sofia have successfully managed to complement the former’s pictorial pursuit with the latter’s activity as an art critic.

The theme of Victoria Stoian’s exhibition is the absence of a stable point of reference. As the title suggests, the works represent the chaos and the instability produced by a natural catastrophe, more precisely the earthquake that hit Moldavia in 2011.

Of that experience, which affected her family, the artist remembers, “The 25th August 2011 at 4:30am the country was struck by a violent earthquake of 7.5 magnitude, whose epicentre was at a short distance from Chisinau, where I was born and raised. Two successive seismic waves, lasting a total of 52 seconds, left thousands of people homeless, destroyed power lines, wrecked roads and railways, shattered dams, flooded villages and caused dangerous chemicals spills. The Codri, the largest forests in Moldavia, were severely damaged. This work of mine is a personal, poignant tribute to the biography of a people as well as to the fierce beauty of nature which can dramatically change lines, colours and entire lives in a single blow.”

The paintings currently on display at the gallery are samples of the work in progress Codri Earthquake, which will eventually comprise 52 canvases, each corresponding to a specific unit of time of the earthquake: the second. A relationship is thus established between, on the one hand, the lifespan of the natural phenomenon and the painting cycle, and, on the other, between the earthquake-stricken region and the surface of the canvas, where the tragedy is re-enacted. Each painting of the cycle represents the degree to which the violence of the earthquake was probably felt, a degree which does not necessarily coincide with that actually recorded by seismographs. For this reason, the paintings are displayed in chronological order, not in terms of rising intensity. As the artist puts it, “in an earthquake, the first second can be as violent as the last one. In fact, the first impact is possibly the most intense and destabilizing.”

Accordingly, each painting bears a title corresponding to the exact second in the earthquake’s lifespan and reproduces the degree of intensity with which it was perceived.

The feeling of destabilization in Stoian’s paintings can also be interpreted in terms of freedom and is conveyed through images vaguely reminiscent of an organic world filled with such recognizable forms as protrusions, knots and forking limbs or roots. A visual repertory is thus created which is suggestive of nature’s vitality – from Earth’s magma to sea currents and abysmal landscapes – as well as of body imagery – from cell reproduction to filaments, globules and nerve endings. By means of a chiaroscuro technique in which cold hues dominate, overlapping forms, some left unfinished, some erased, become layered in a play on transparency where various pictorial planes alternate. Even in the absence of an architecture or a horizon line, Stoian manages to recreate a sense of depth in the forms that slowly recede on their way to an ideal vanishing point in the canvas, where we can glean hints of perspective.

The principles on which Victoria Stoian’s research relies are the importance of the physicality of matter, the direct approach and the actual presence of the artist at work, as well as the need to involve the viewer through the autonomous force of the work. Personal experience and artistic pursuit are closely interwoven. An immigrant in Turin at twenty-one, Victoria translates the stimuli of her new, profoundly different, reality, into a pictorial language teeming with introspective as well as cultural intimations. When dealing with collective themes which revolve on human beings’ relationship with their history and their land, such as an earthquake or migration, the artist transforms a highly autobiographical subject into an open, flexible and universal space.

Victoria Stoian (Chisinau, Moldova, 1987) is expected to graduate shortly in History of Contemporary Art from the Accademia Albertina di Belle Arti of Turin with a thesis on The Vogel Collection.

Clara Sofia Rosenberg (Turin, 1990) obtained a Master’s Degree in History of Contemporary Art from the Accademia Albertina di Belle Arti of Turin with a thesis on Riccardo Gualino’s Collection of Modern and Contemporary Art.