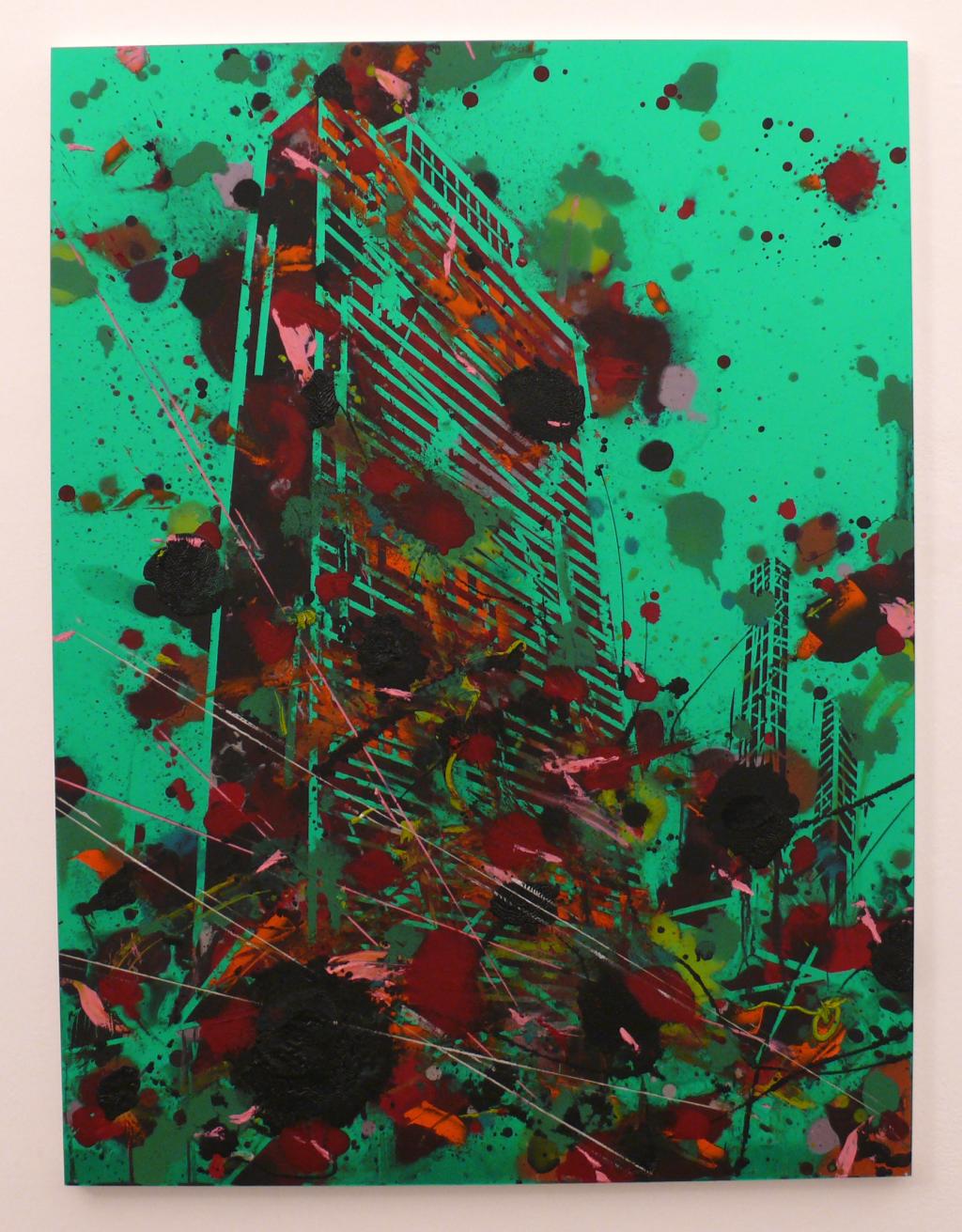 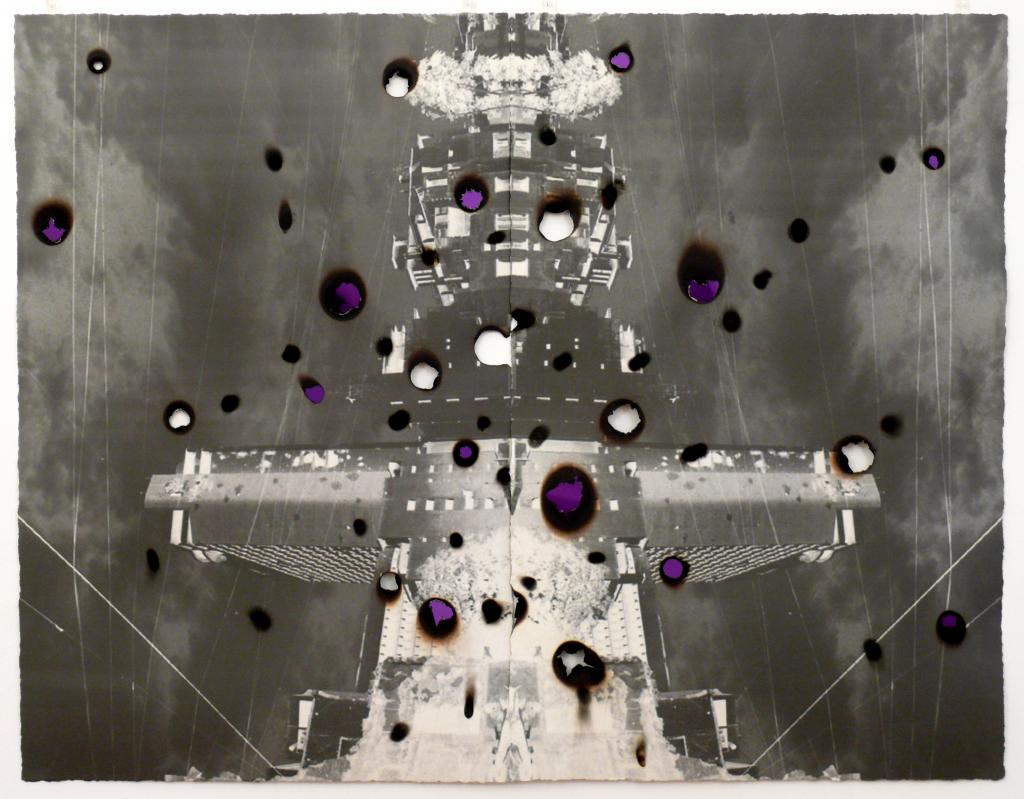 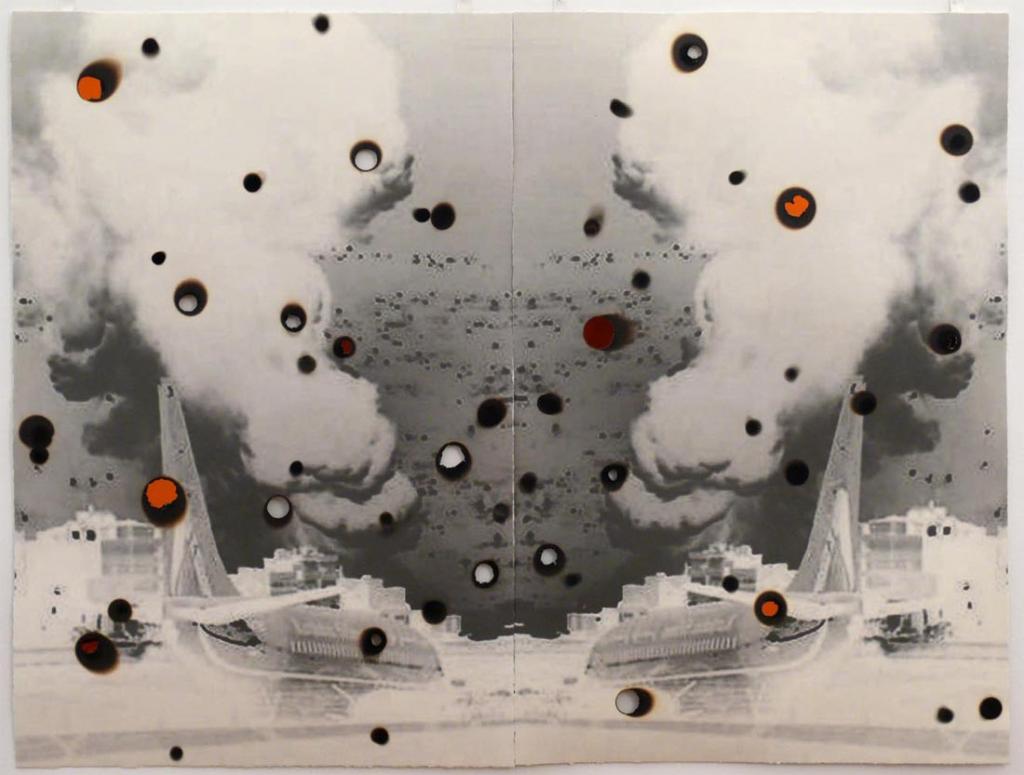 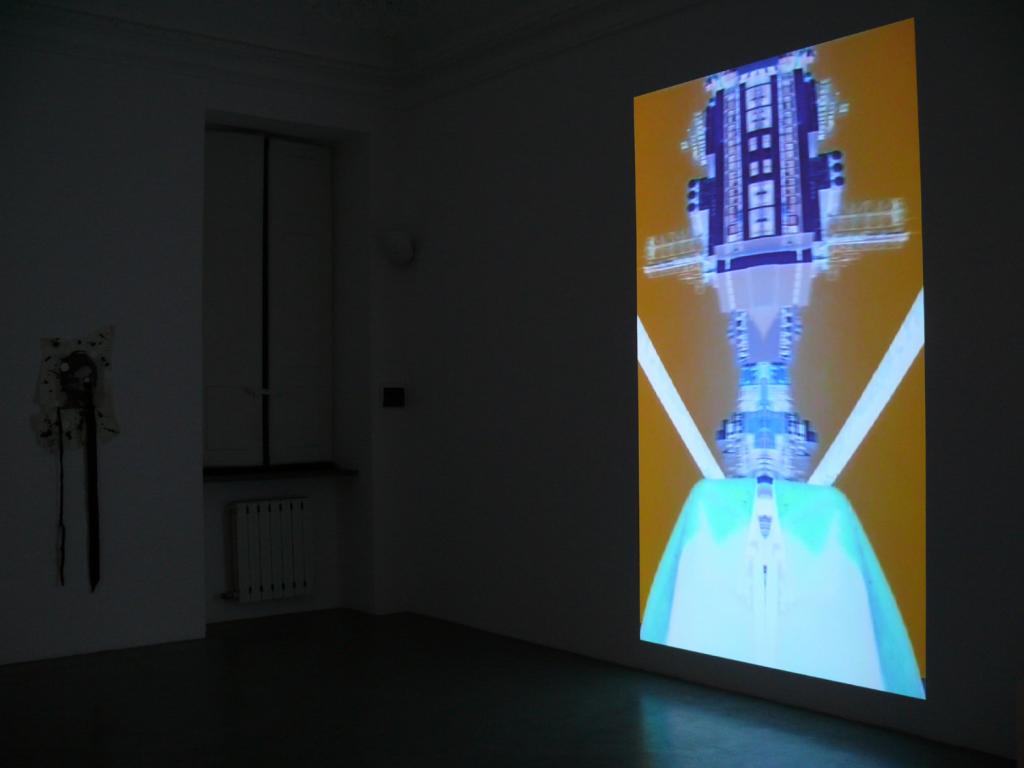 For his second solo show at Alberto Peola Gallery John Jurayj introduces three recent bodies of work, including a video, sculpture and photographic negatives on paper and calf skin. The title of the show is a quote from the final line of Gerhard Richter’s seminal 1986 interview with Benjamin Buchloch and the source material continues Jurayj’s exploration of trauma and dystopia.

Untitled (Beirut Ferris Wheel) is a large screen video installation of imagery taken in 2009 when Jurayj and his husband Daniel rode the famous ride at Beirut’s Luna Park. The ferris wheel, constructed in the mid-twentieth century, survived the Lebanese civil war and was in near continuous operation throughout the strife becoming a symbol of perseverance and strength in a world of chaos. “We were the only people on the ferris wheel that day…. They opened it just for us, yet they then walked away and left us on for an hour… it was terrifying but beautiful”, Jurayj has stated. The video inverts and Rorschachs the original footage to produce a hypnotic and ambiguous space where the world is a carnival of sinister beauty.

Accompanying the video isa series of sculptures [from the project Untitled (Family Baggage)] that addresses emotional loss and public anxiety, taking as its starting point pieces of luggage that the artist’s parents used when traveling through the Middle East in the 1960s. Cast in black plaster and gunpowder, the method of fabrication leaves flaws suggesting passage and disruption, while the choice of material implies aggressive potential, reflective of current concerns. The same pieces of luggage are cast numerous times, eluding mimesis in favor of a sequence of iterations. These ‘ghost objects,’ in their evocation of tombstones or memorials, maintain an aura that belies the optimism implicit in their original era, a time when international travel held the promise of sophistication, sex appeal, and mobility for the aspirant middle class of the ‘60s.

Also presented are works from the Martyrs series. These portraits of suicide bombers are appropriated from political posters produced during the Lebanese civil war. Printed as negatives on still born calf skin they involve Jurayj’s familiar motifs of piercing, cutting, and image disruption to produce an object that occupies an ambiguous space between photo, drawing, and sculpture.

John Jurayj lives and works in Brooklyn and teaches at The School of Visual Arts and Cornell University. He received his MFA from Bard College in 2005 and a BFA in architecture from Washington University and is a recent recipient of a Puffin Foundation Grant. Recent solo exhibitions include Undead at Participant Inc. in New York (2011), Untitled Lebanon (Fragments), The Third Line, Dubai, UAE (2011); Untitled (Undead), WalterMaciel Gallery, Los Angeles (2010); as well as Alberto Peola Gallery, Turin andMassimo Audiello Gallery, New York. Recent group exhibitions include Translation/Tarjama, Herbert Johnson Museum, Cornell University and Queens Museum ofArt; Noise, Sfeir-Semler Gallery, Beirut; and Exposure 2009, BeirutArtCenter.Jurayj is represented in public and private collections including the HirshhornMuseum of Art; British Museum of Art; and Harvard’s Schwartz Collection. Jurayj’s work will be featured in an upcoming group exhibition at the British Museum in 2012.