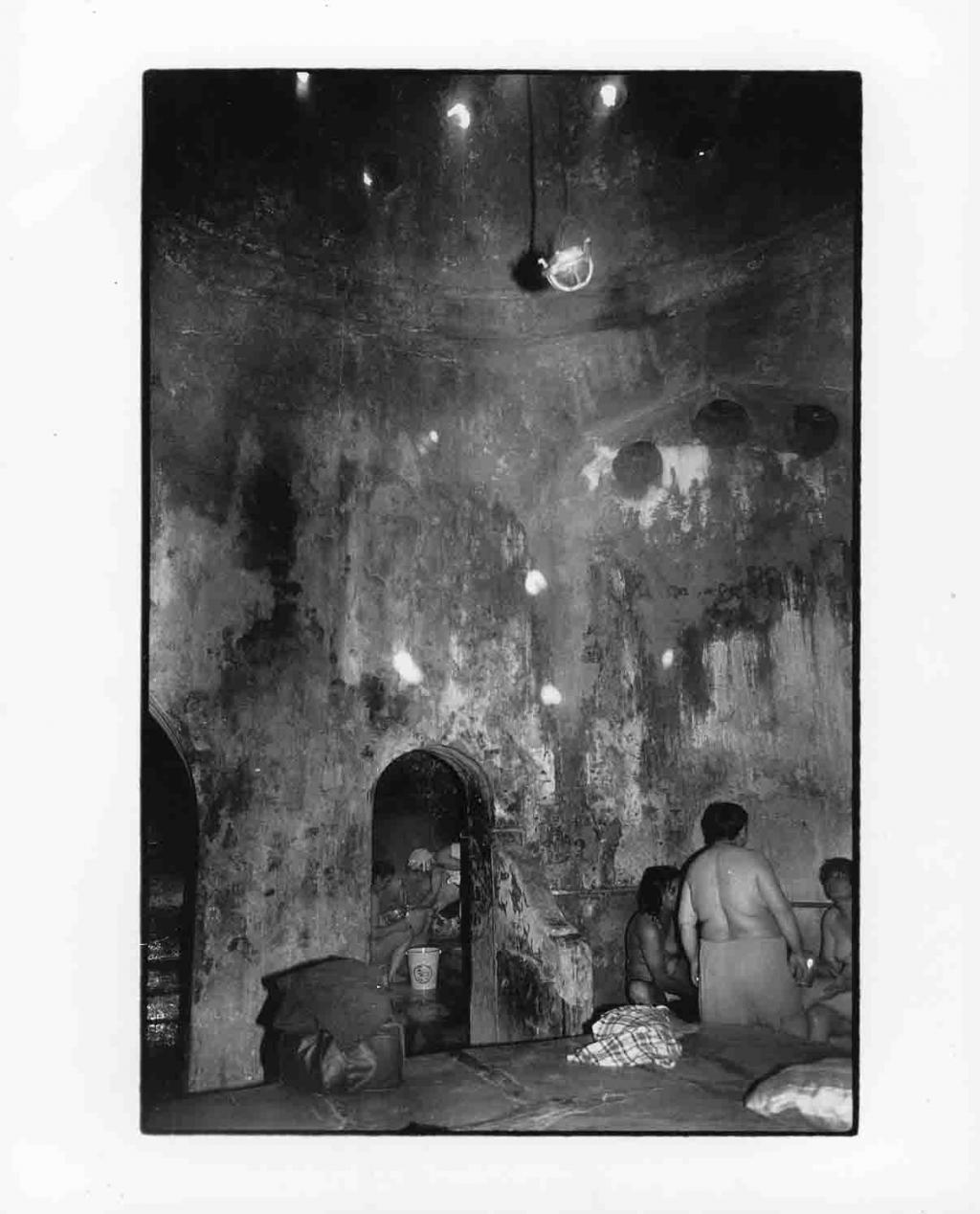 Lala Meredith-Vula produces large scale black and white photographs. In these formally elegant and refined works, the artist tries to capture the beauty inherent in daily life, making a record of moments of natural beauty as they appear before her; even in scenes of suffering and marginalization. This research places her work somewhere between documentary photography and art, as it cements a cold and detached analytical observation to empathising with her own experience.

The Bathers series, some of which were presented in the Albanian pavilion during the 1999 Biennale di Venezia, shows a series of women and children as they wash themselves in an old Turkish bath. From 1994 to 1996, Lala Meredith-Vula visited the same hammam on the border between Albania and Montenegro, to photograph and draw the women there. The more than five-hundred-year-old structure provided the artist with an extremely rich pictorial setting in which to work: the cracked walls and crumbling stucco work create a myriad of chiaroscuro effects as the natural light, which rains down from the high ceilings, plays across their surfaces at the same time bringing the ablutionary waters to life. It is from this penumbral backdrop that the female figures and architectural features emerge. In these pictures the classical theme of the bathers has been reworked, with a new intrinsic source of interest: most of the women are in fact gypsies, for whom the Turkish bath is more a necessity than a luxury; here they find 'temporary respite' from the external reality through washing and helping each other in that almost magical atmosphere.

In the Marginalized people series of work, Lala Meredith-Vula has photographed the modern slave class: immigrants, clandestine workers and asylum seekers in Rome as they sleep on the tram, exhausted after work. She asked some of them to pose for her in the city's most majestic museums and churches. Here, the artist has sought to bring out the beauty of their suffering-stricken faces in a pose that matches their innate dignity, so that they almost appear like portraits of sculptures framed within sublime architectural surroundings.