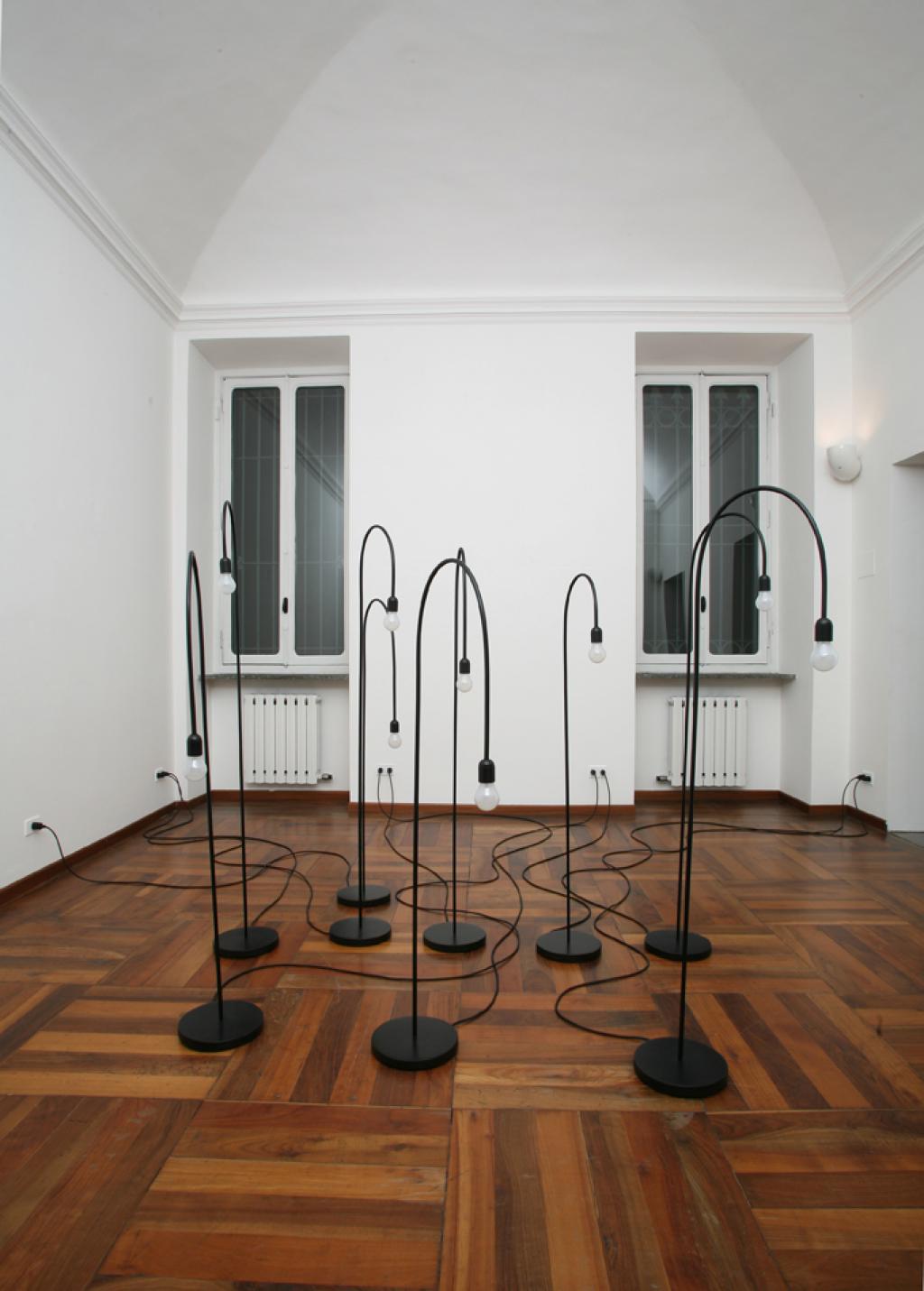 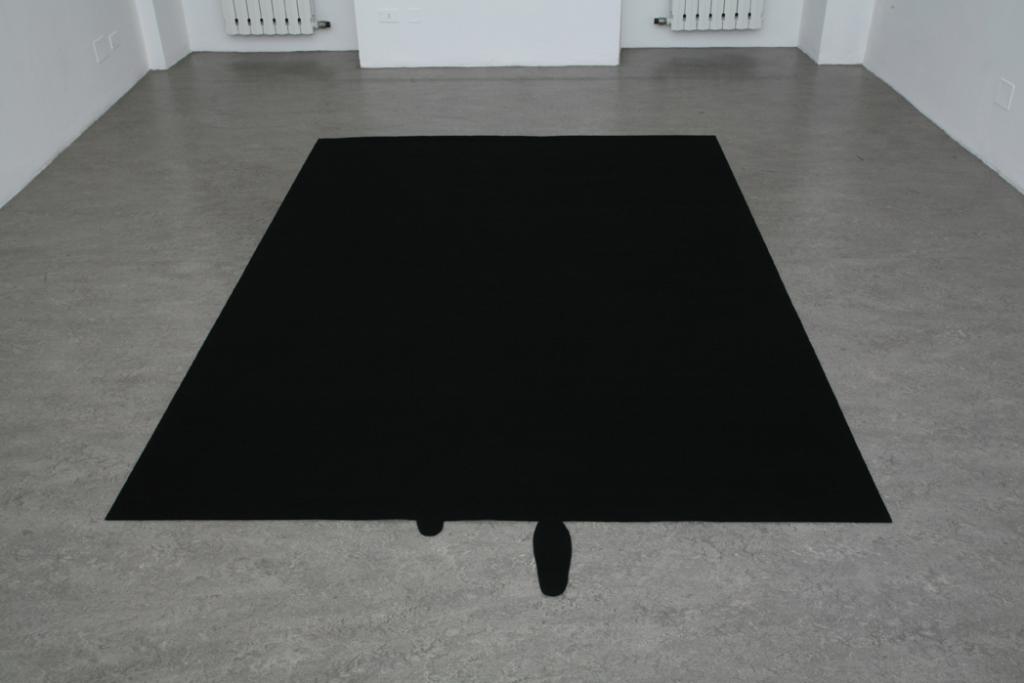 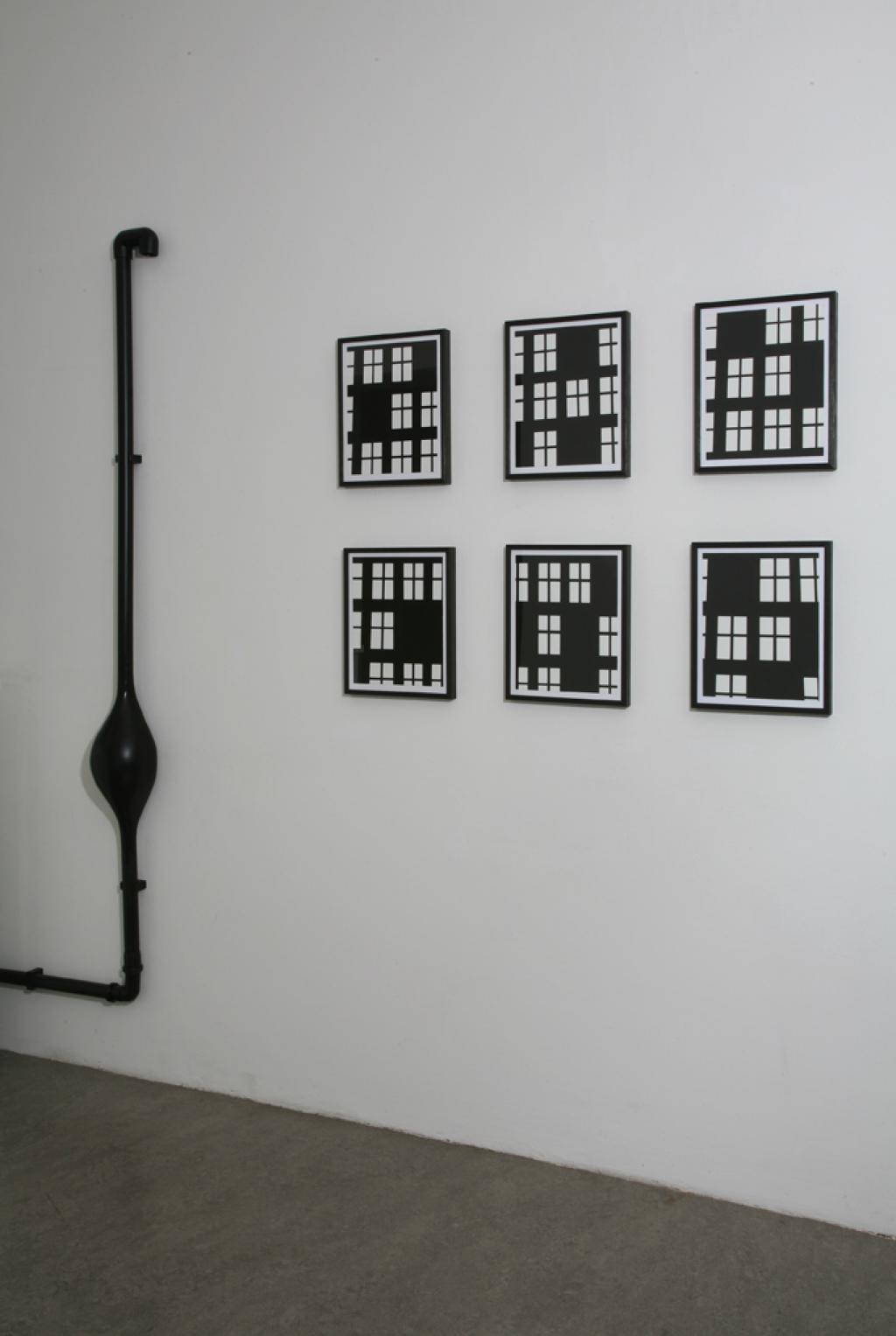 The work of Magnus Thierfelder is an exercise in visual synthesis, where the recognizable aspect and familiarity of the objects presented tends to degrade into a realm of mystery, and it dawns on you that you are losing your sense of orientation.
In common with lots of artists of his generation, the starting point for the work of Magnus Thierfelder is the everyday object, whose ambiguous semantic value he spotlights by morphologically manipulating details and proportions until a new, paradoxically effective quality is returned to them.

Untitled (pause) (2005) is an emblematic piece in which lamps stand around abandoned on the floor and, despite being plugged in, give off no light. Here, the critical will of the artist focuses our attention on the mute presence of these lamps which, different from each other and deprived of their normal function, now clearly appear to us in an anthropomorphic guise, almost silent - figures listening quietly or in a state of mute protest. The relationship between the subject, who knows the object, and the object of knowledge is no longer linear; the scene with the lamps challenges our perception and instils doubt in our mind's certainty. This act by Thierfelder has a philosophical twist, reaching into the sphere of contemporary phenomenological research into perception and knowledge.
Magnificent Desolation (2002-2006) continues in this direction of surprise and mystery. Here, a black carpet containing two steps invites us to enter or leave it secretively. This is an impossible materialisation, an uncanny scene worthy of a ghost story or cartoon. The carpet appears to have become a large black hole, destined to swallow up whoever ventures near it. This could be a metaphor for the risks inherent in seeking knowledge (the title comes from the words spoken by Buzz Aldrin, the second person to have walked on the moon). This piece further highlights the humanistic nature of Thierfelder's work and his clear desire to bear witness to human experience and aspirations.
The subtle irony that links noir and the eccentric, which runs through the work of this artist, clearly comes out in Visionary (2006) and in the drawings Time and time again (2006). These pieces plunge the viewer into an almost TV cartoon-like atmosphere. The artist's set seems to be concentrated in an exhaustive synthesis, where a bizarre escape-from-the-city scene through the inside of a drainpipe, somewhere between the streets and the rooftops, leaves us struggling to fathom out the real nature of the fugitive.
What really happens? And what doesn't? I'm not sure any more (2006) is the only possible answer and an enigmatic summary of the exhibition and its broken dialectic as it hovers somewhere between presence and absence, real and unreal. The drawing represents a broken surface, a glass or mirror, that reveals through its ambiguous identity the drifting and interrogative nature of the whole project. Perception can provide only vague and incomplete information; it is up to us to recompose the data and experiences into a new and complete meaning.