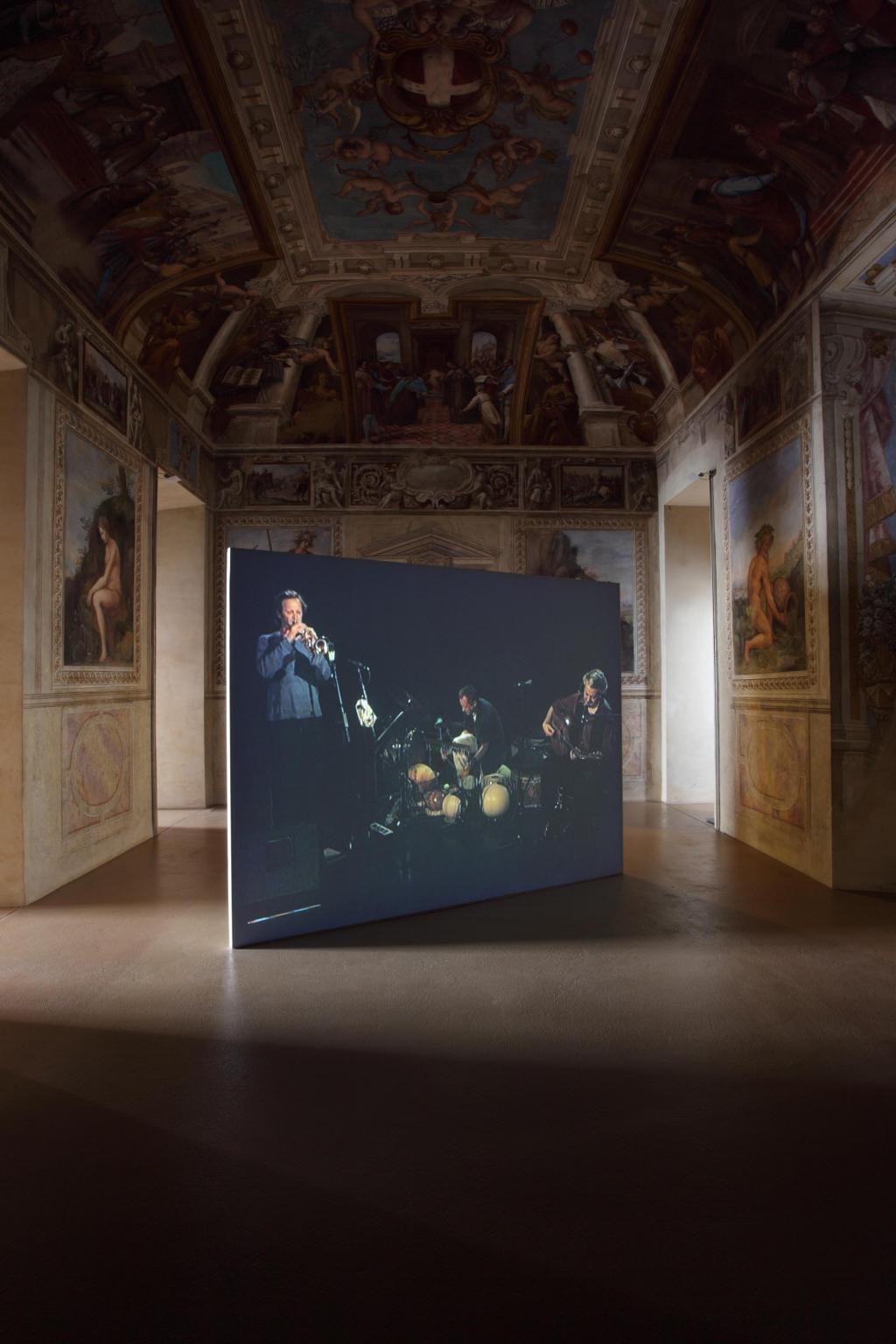 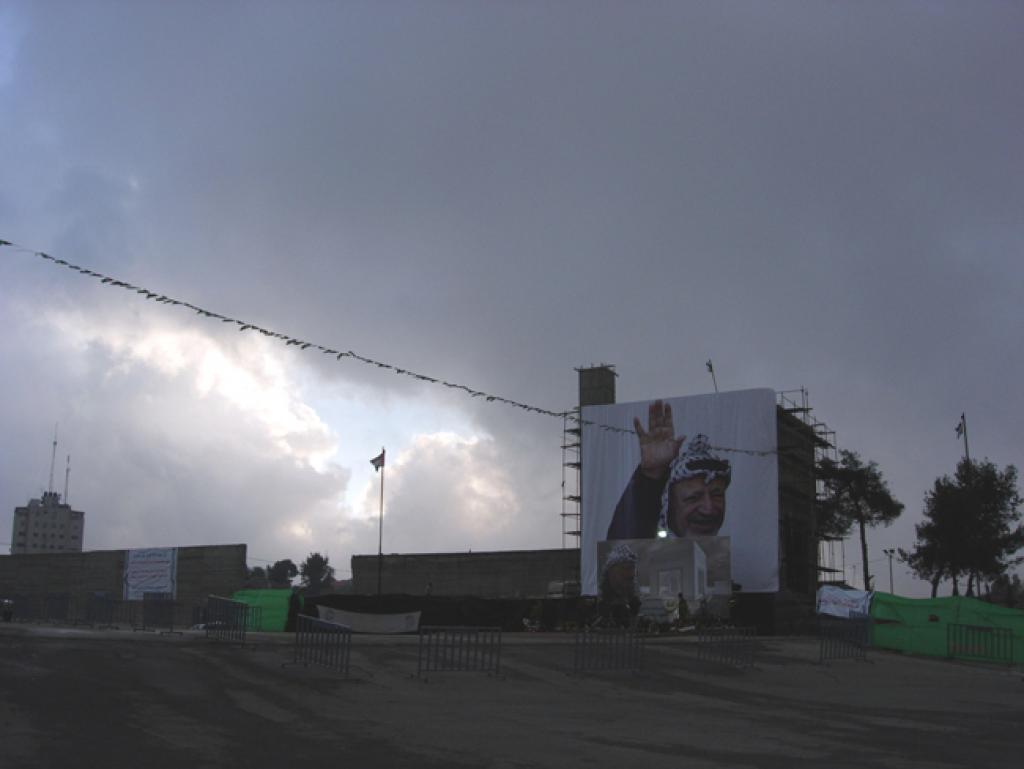 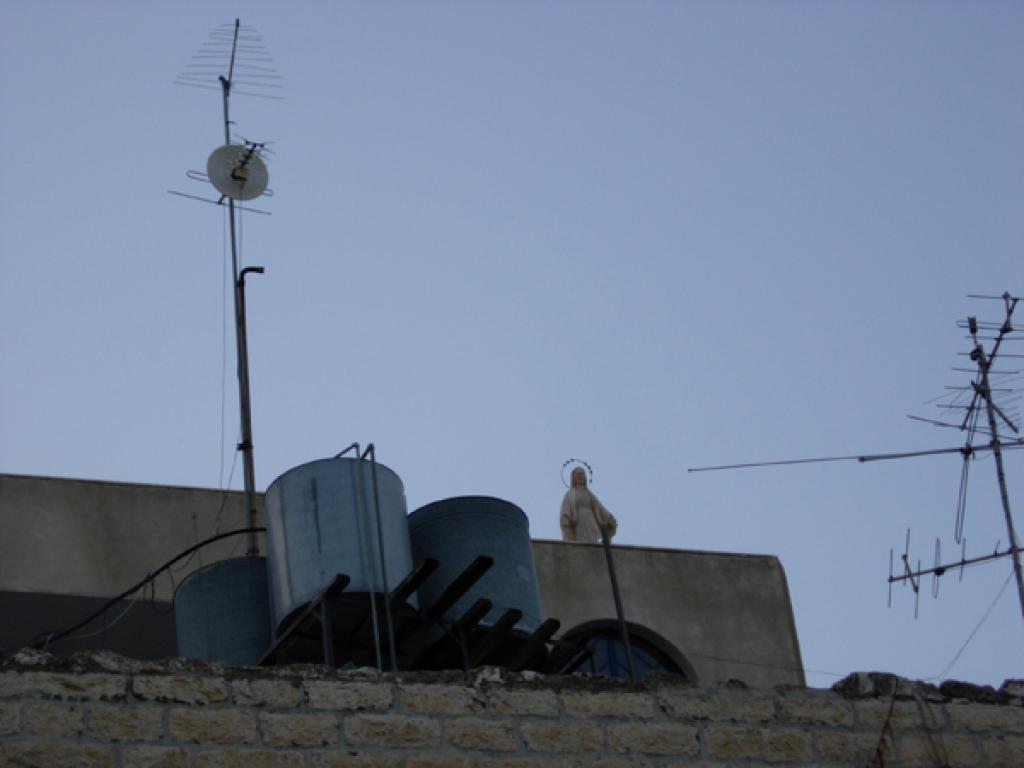 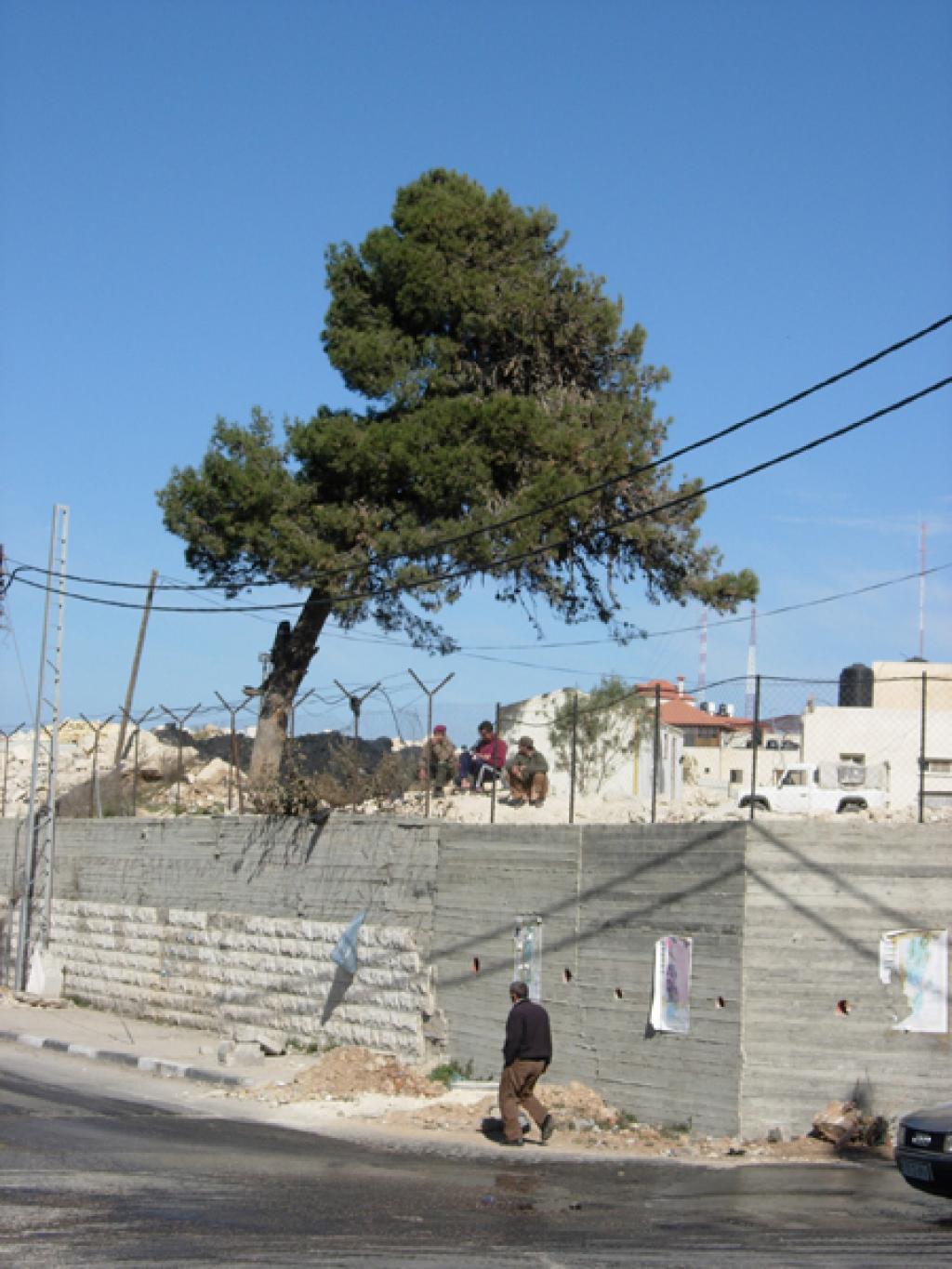 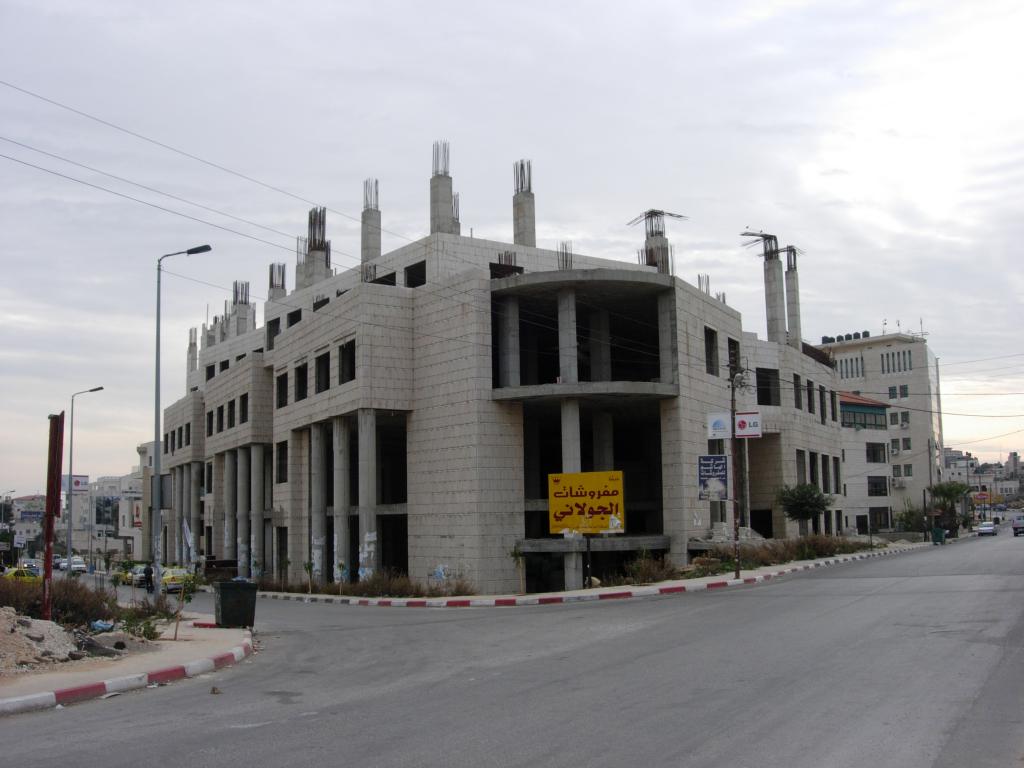 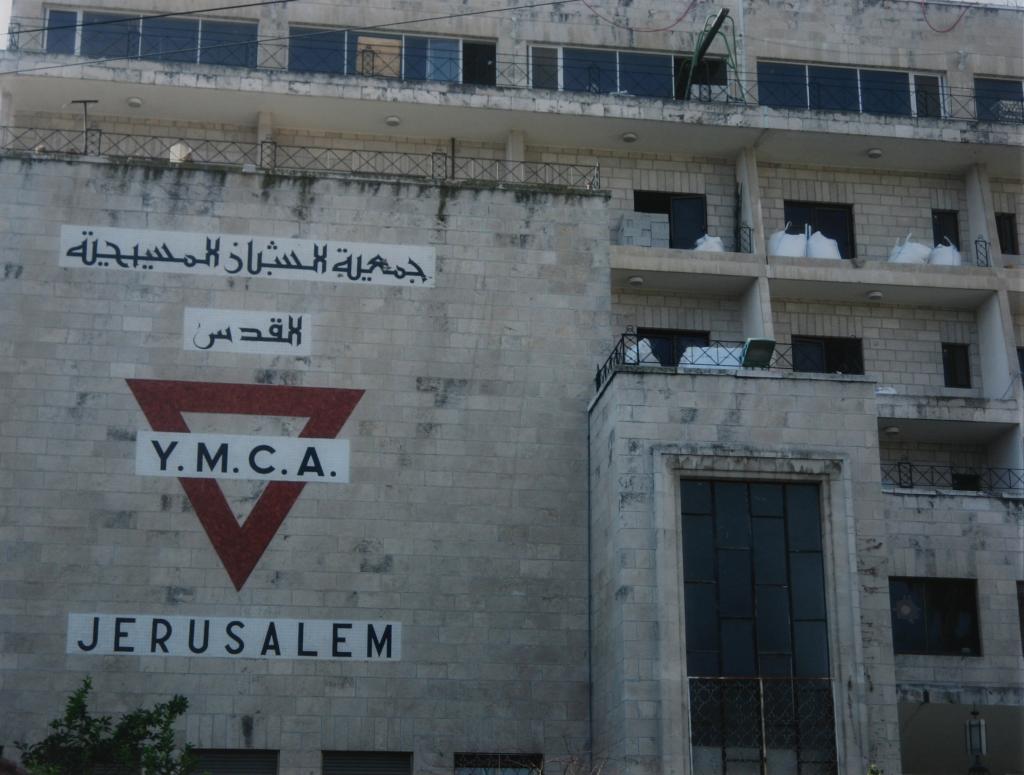 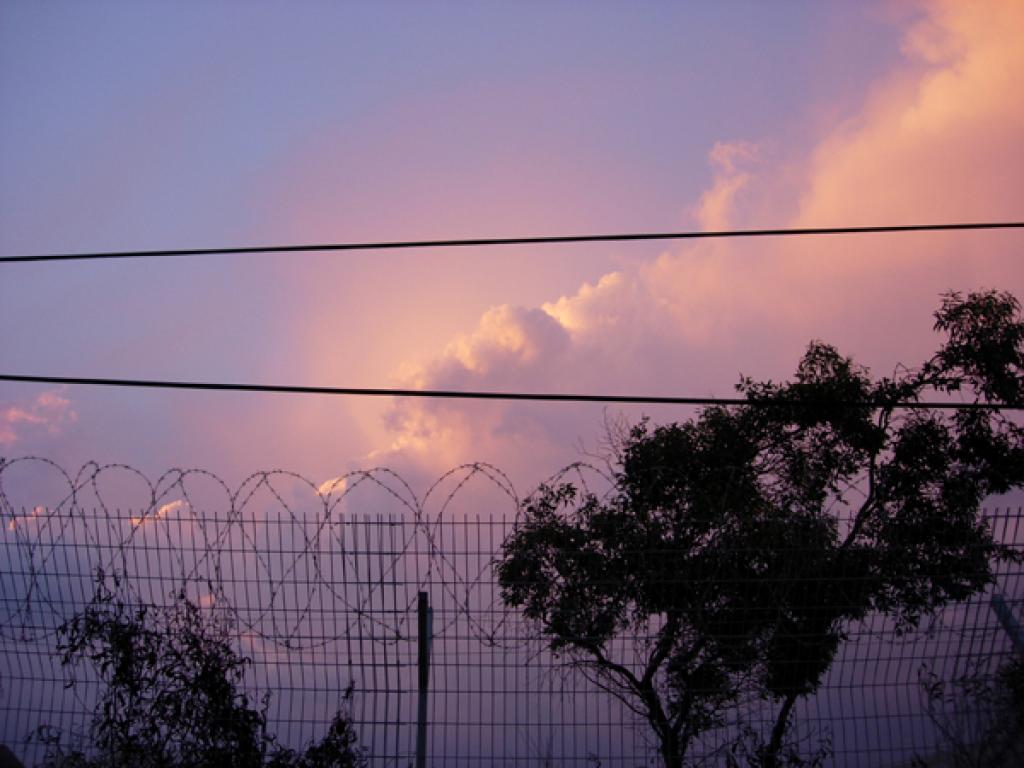 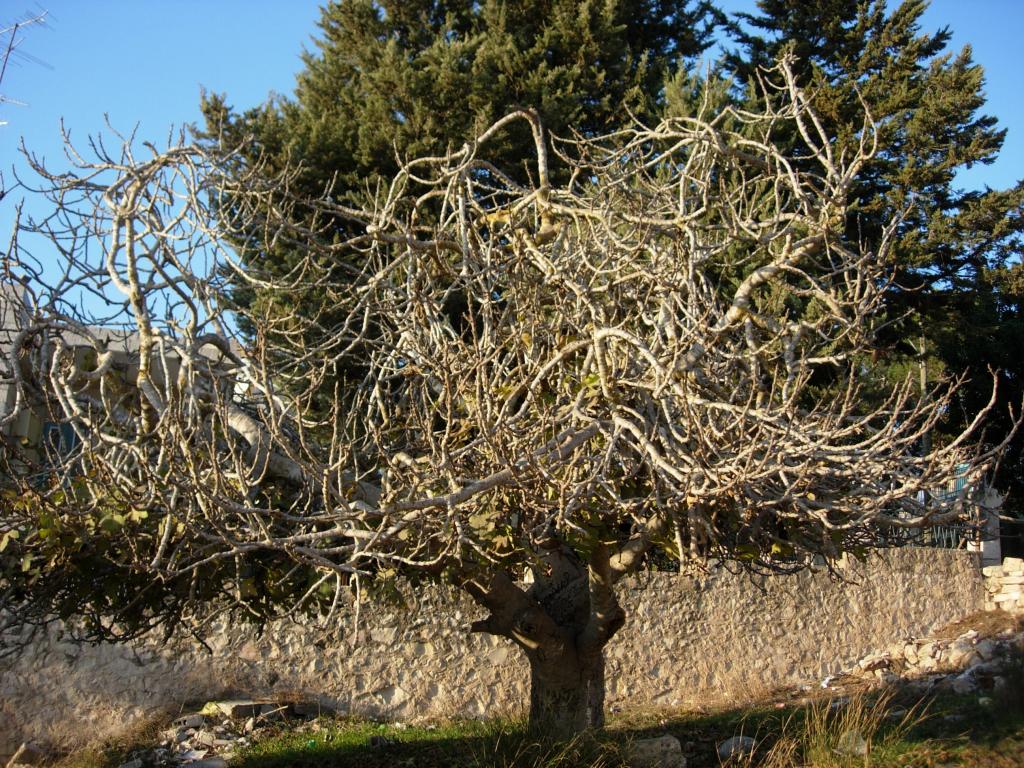 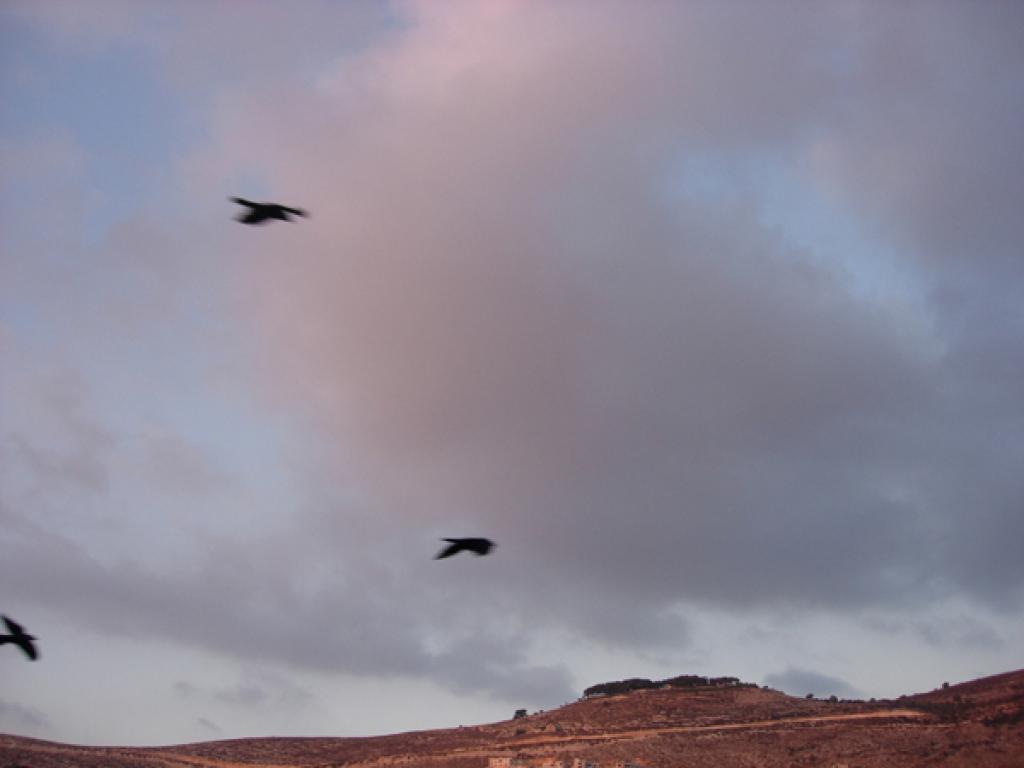 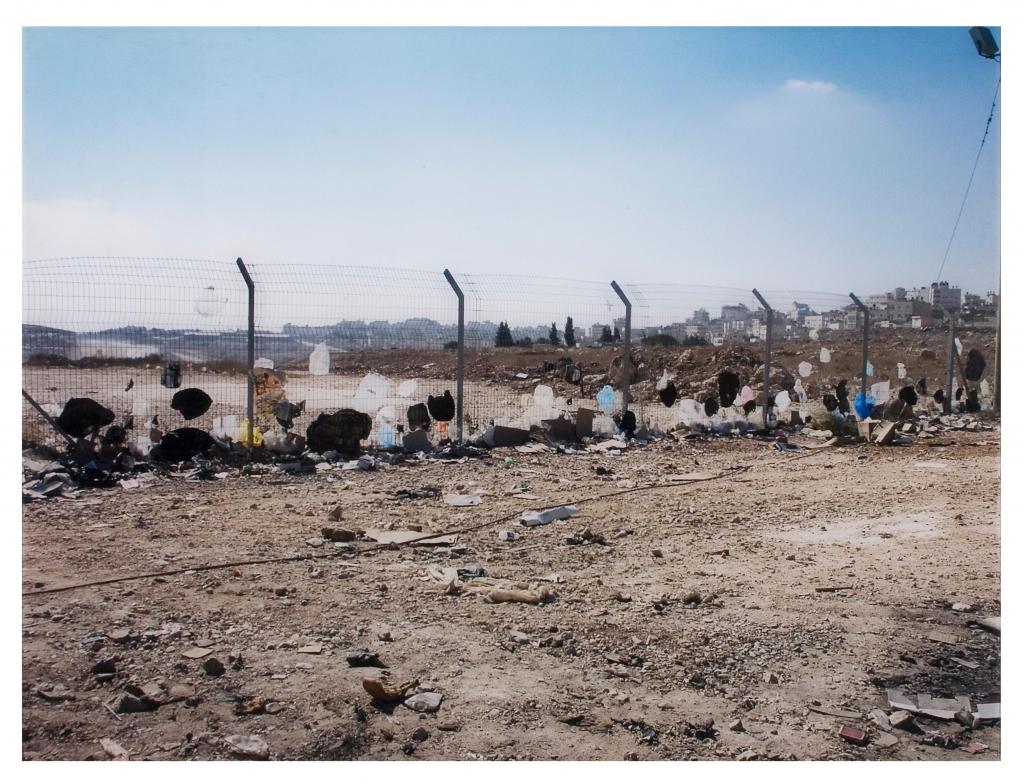 Abado, who is of Palestinian origin, was officially invited by the Austrian Embassy in Tel Aviv as well as the United Nations Development Program. He obtained a visa through the Israeli Foreign Ministry in Vienna prior to his arrival.
On July 20th, 2003 Marwan Abado arrived at Tel Aviv's Ben Gurion airport and was immediately detained by the Israeli authorities. After being held for 24 hours in the airport prison, Israeli Security cancelled his visa and he was put on the next plane back to Vienna. He was denied entry into Israel for "security reasons". No further explanation was given.

ENTRY DENIED (a concert in Jerusalem), 2003, was filmed in an empty theater in Vienna, where I asked Marwan and his band to perform the concert exactly as it was to have taken place in Jerusalem, as if they were in Jerusalem.
Israel has complete control over the population of the Occupied Palestinian Territories, and the only way to enter is via Israeli ports of entry. Israel decides who gets in and who does not by granting visas and permits to enter. Those who are denied entry and have the highest risk of deportation are Palestinians who hold foreign passports, as well as children and/or foreigners who are married to someone with a Palestinian ID. Others also affected by Israel's undeclared policy of denying entry and/or re-entry to the occupied Palestinian territories are human rights workers, NGO employees, professors, cultural workers etc.

Palestinians who hold foreign passports are forbidden by Israel from residing in their own country. They are forced to continuously renew 3 month tourist visas because Israel will not allow them family reunification nor work nor visitors permits nor allow them to regain their residency rights. Many of these Palestinians have been living like this for over 30 years. Every three months they are strip searched, interrogated and humiliated at Israeli border crossings and have no idea if they will be allowed back home or not. There are approximately 45,000 Palestinians with American passports living in the West Bank and an additional 10,000 with other foreign passports. Out of the fear of being denied entry and being separated from their families, tens of thousands of these residents have become "persons staying illegally" (overstaying their 3 month tourist visas). If caught at Israeli checkpoints they will be immediately detained and deported.
This is just one method in a complex system designed to ethnically cleanse Palestinians from their land. Other Israeli means of direct and indirect transfer include: revocation of residency rights, expulsion, house demolitions, land confiscations, mass detention, torture, military closure and curfews, military attacks and sieges, and the apartheid wall.

The photo series (2003 - 2006) in the show captures fleeting moments of fragmented lives. "I focused on instants where I found both the presence and absence of these missing Palestinians: abandoned projects and buildings, places waiting for their return, houses standing empty, a landscape frozen in time. I also tried to photograph the spaces in between all the destruction wrought by the Israeli occupation. I found myself searching for hope, or a feeling of freedom in the landscape or sky. It was my attempt at a refusal to document our own destruction and the slow death of our land and our people".