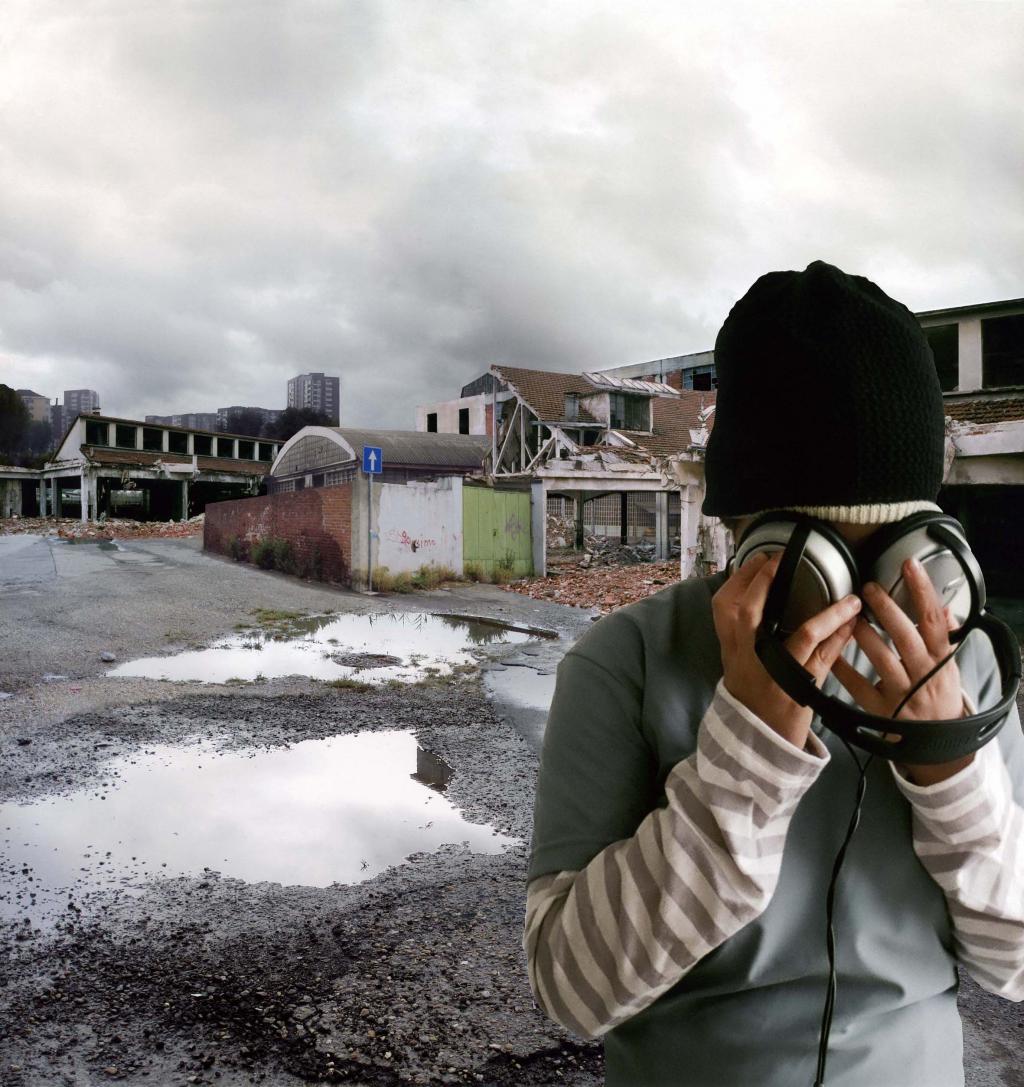 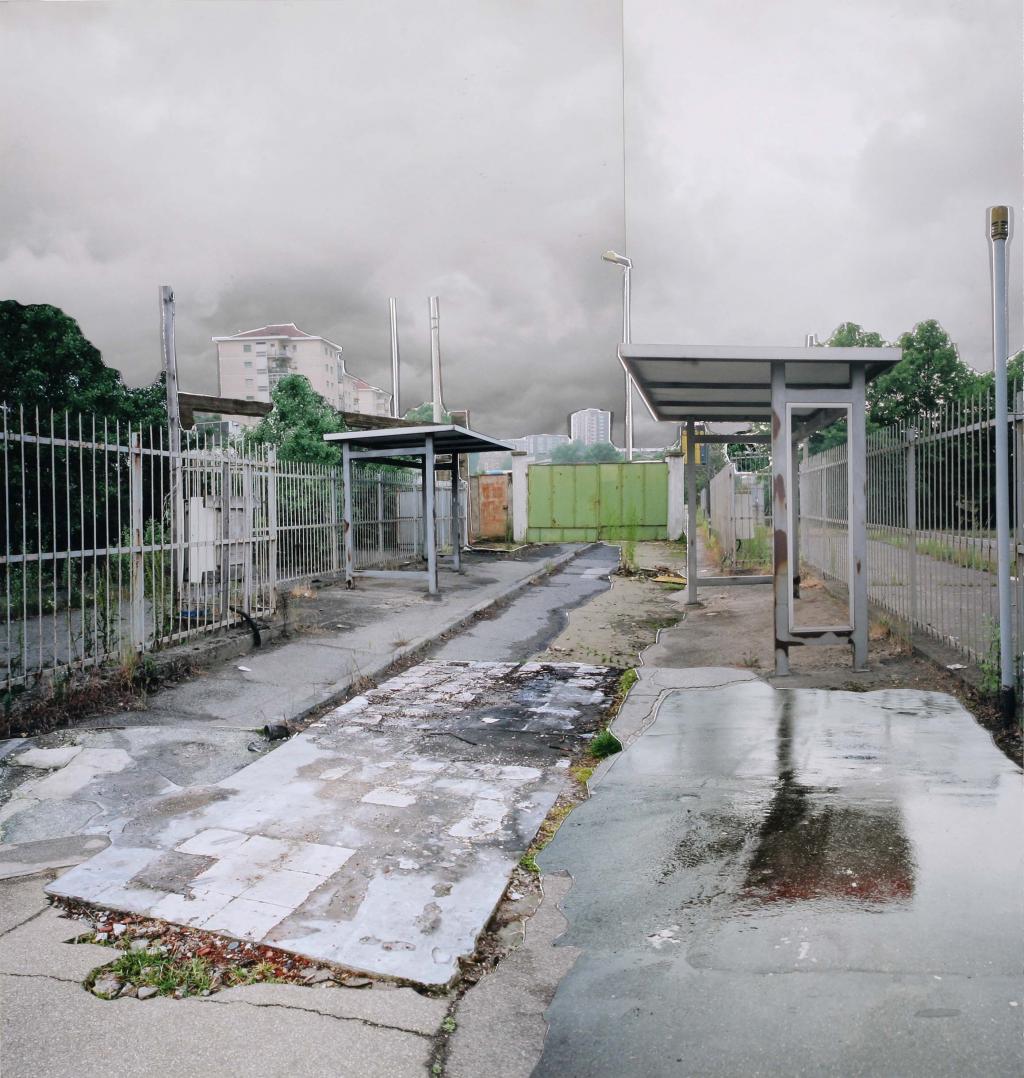 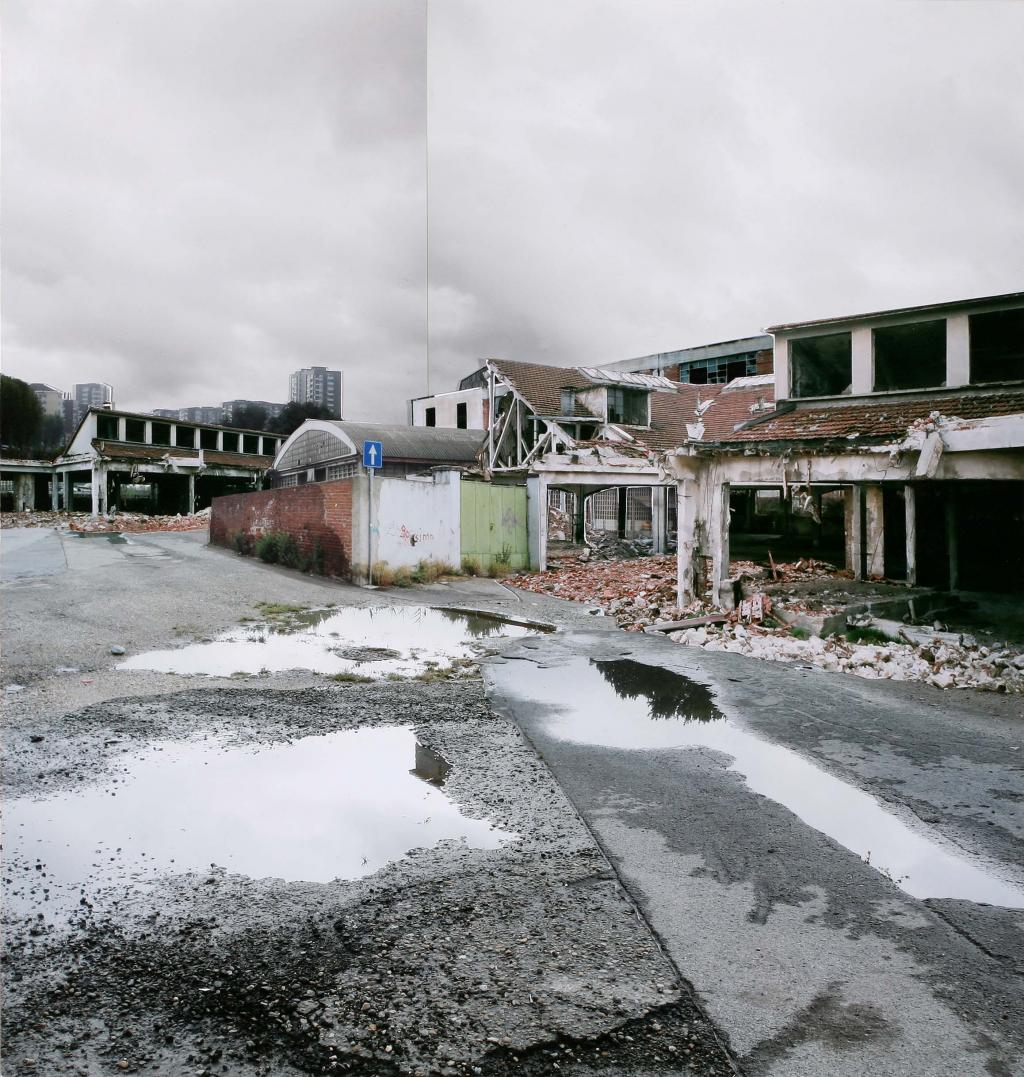 When we were teenagers we wanted to be the sky

In this exhibition of work by Botto and Bruno, Alberto Peola Gallery has chosen to present a number of pieces which trace the different creative phases of their production.
The first two rooms contain two photo-collages and three hand-drawn collages that reveal the manual working methods of the two artists. Together they constitute the matrix of their printed PVC work. The show concludes with a video installation that completes the broad range of different techniques that Botto and Bruno employ to express their vision of these dynamic, suburban city spaces and the people who live there.

This exhibition addresses the theme of adolescence on the edges of the city. In line with previous work, they have photographed run down suburban cityscapes and then recomposed fragments to create shattered assemblages of different places. The resulting collages are like pieces of a puzzle that hold together the isolated fragments from the suburbs and help us understand the individual sites they originate from. Once reconstructed, Botto and Bruno have proceeded to draw these cityscapes and at the same time draw in characters. These stills figures are taken from films starring teenage angst: Elephant and Paranoid Park by Gus van Sant and Tokyo Sonata by Kiyoshi Kurosawa. The figures in the drawings are wearing hoods, and their faces can't be seen. But in the printed PVC photos a girl wearing a black hat hides her face while listening to music on her headphones. At the same time a boy pulls a piece of paper out of his pocket with Dirty (Album by Sonic Youth) written on it. The inhabitants of these landscapes are in a decentralised position in the foreground, a kind of middle ground hovering somewhere between everyday reality and a musical, cinematic world on the edge of the city.
In the installation, Botto and Bruno have opened up and upset the rhythm of urban spaces. This practise, which has become a hallmark of their artistic production, sees one of the gallery walls "breached" so as to give us a view of parts of the city on the outside. Hand-held camera shots of reality dominate in the video. The fixed camera zooms into a shot of an empty road where we can see an abandoned bike, a plastic bag flying about and a few kids racing across the scene on bikes, followed slowly by a girl. The artists sing verses of a song by Cat Power: "It must be the music and the kids that keep me alive… When we were teenagers we wanted to be the sky. It's so hard to go in the city…"Accompanied by Bartolomeo Migliore on guitar, this element hardens the meaning of this snippet of everyday reality.

«All the pieces on show are a reflection on that anxiety-filled period of life called adolescence, seen from the angle that cinema and music portray youth culture. We have rewritten the references to that world with our own poetic language and compared them with a more objective reality. The actions of the various figures belong to those that make up the patterns of everyday and which convey something enigmatic, unresolved and transitory». Botto and Bruno