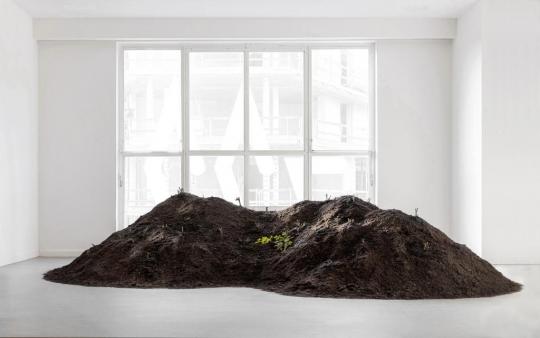 As part of the Nice Biennial of Arts 2022 “Flowers!” and under the general curatorship of Jean-Jacques Aillagon.

At a time when ecosystems and climate breakthrough is leading us to rethink our relationship with nature and the living world, we can wonder what can we learn from flowers, from their resilience, from their constant adaptation to their environment, from their sobriety? Vulnerable and essential, they are an indispensable driving force of life: they produce the food that humans, animals and insects consume and the oxygen that we breathe.
With scientific advances in plant intelligence and a new approach to life, our fascination for them is growing – far beyond mere aesthetic pleasure. Symbols of fragility and rebirth, they are becoming a particularly powerful indicator for lighting up current issues.
Through the eyes of artists, women and men of twenty different nationalities, “becoming flower” attempts to bring a new and a sensitive light on contemporary ecological, anthropological and geopolitical issues. The exhibition brings to light a botany of world history, as well as new forms of attention, sensitivity and thought.
In the wake of the exhibition Cosmogonies, au gré des éléments in 2018, which drew an ode to the invention of an art co-created with nature from Yves Klein to Thu Van Tran, “becoming flower” reports on the listening forms that artists, since the 1960s, have maintained with the plant. Thus, a new language is sown.
Agapanthus, peonies, flax and jasmine, dandelions, Damask roses, peacock and banana flowers, are all part of a movement of resistance, solidarity and communion: a becoming flower.