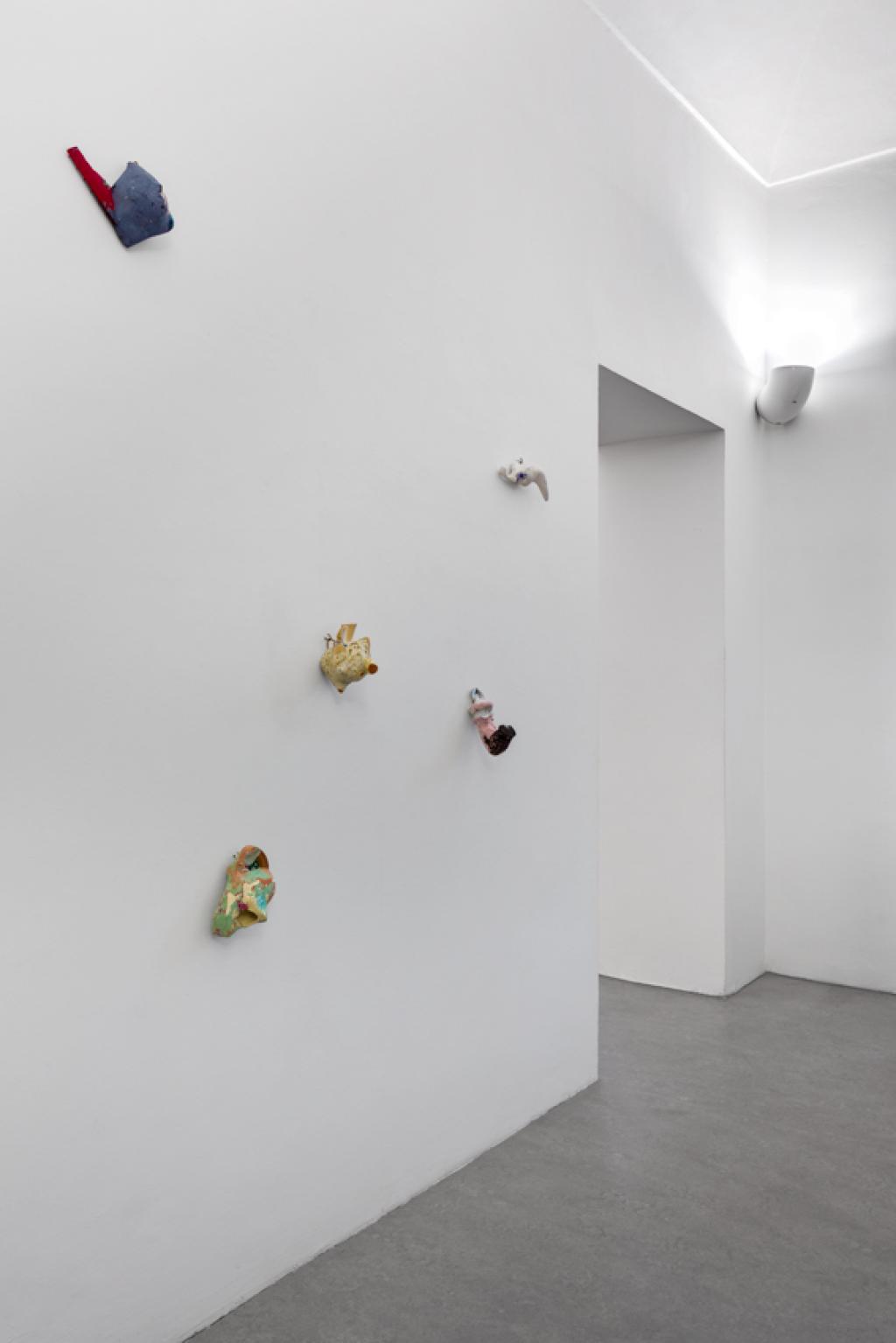 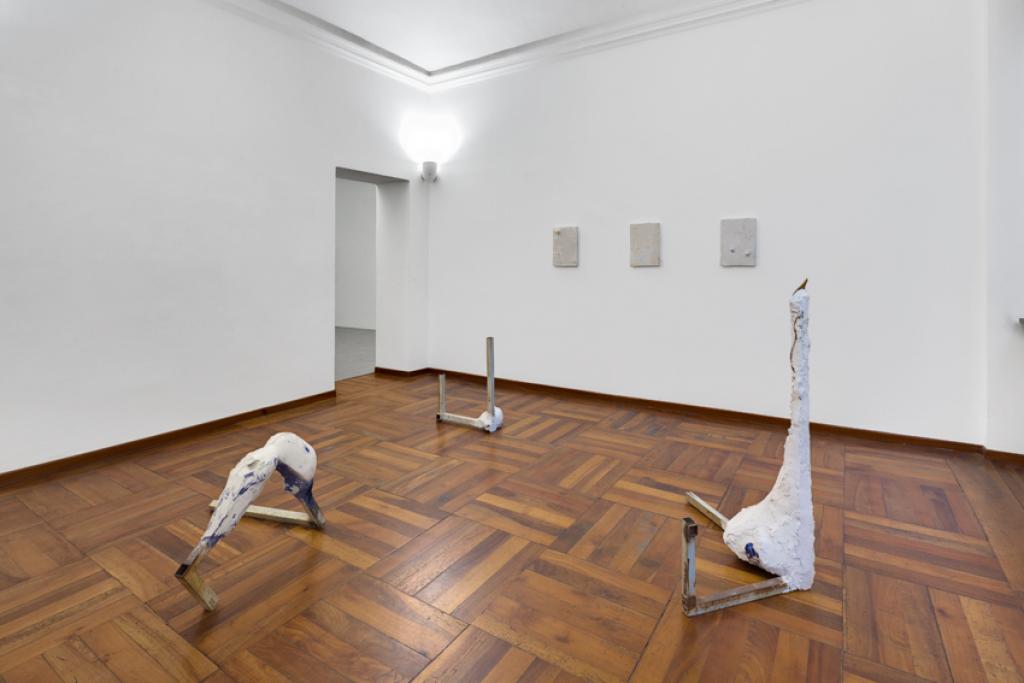 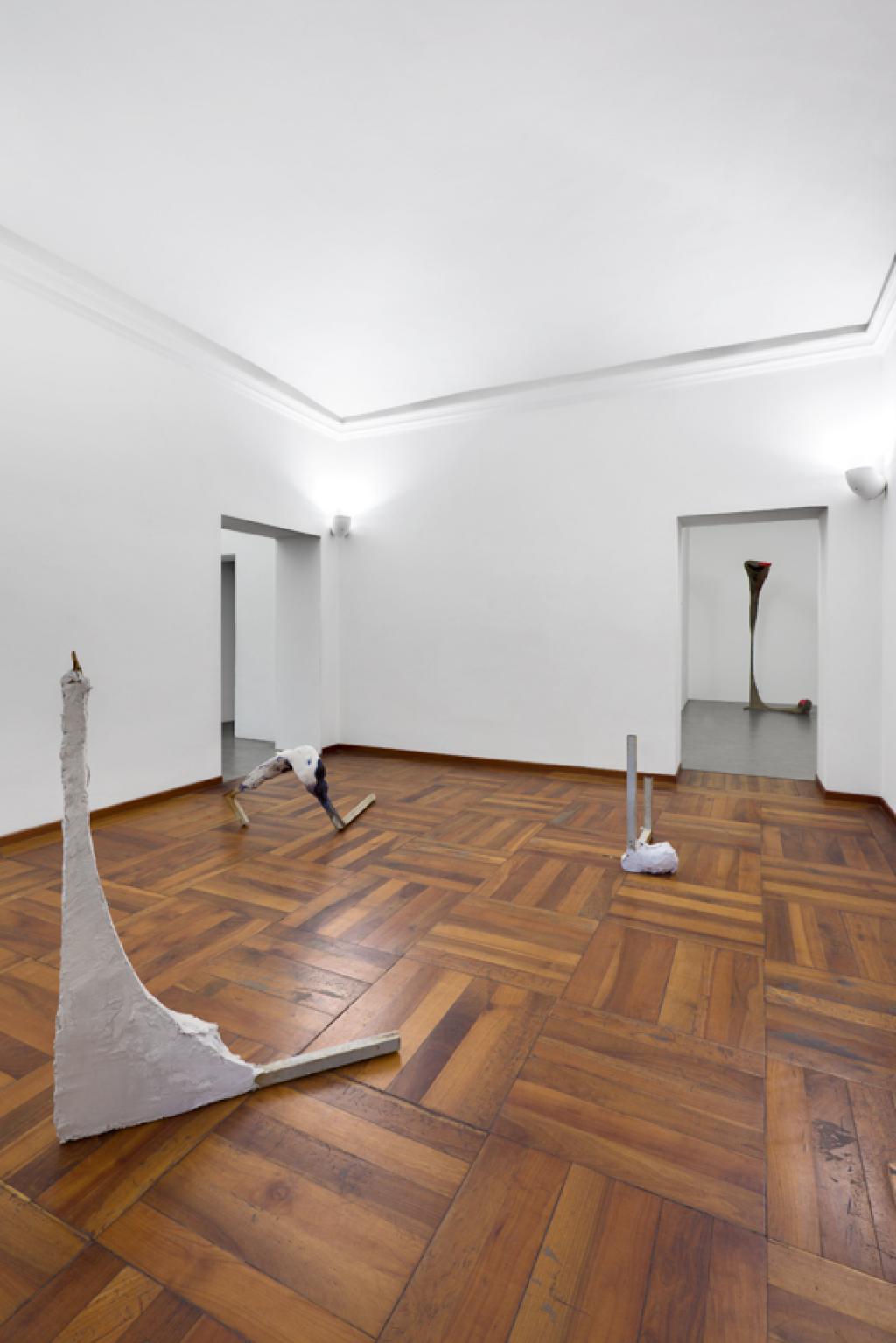 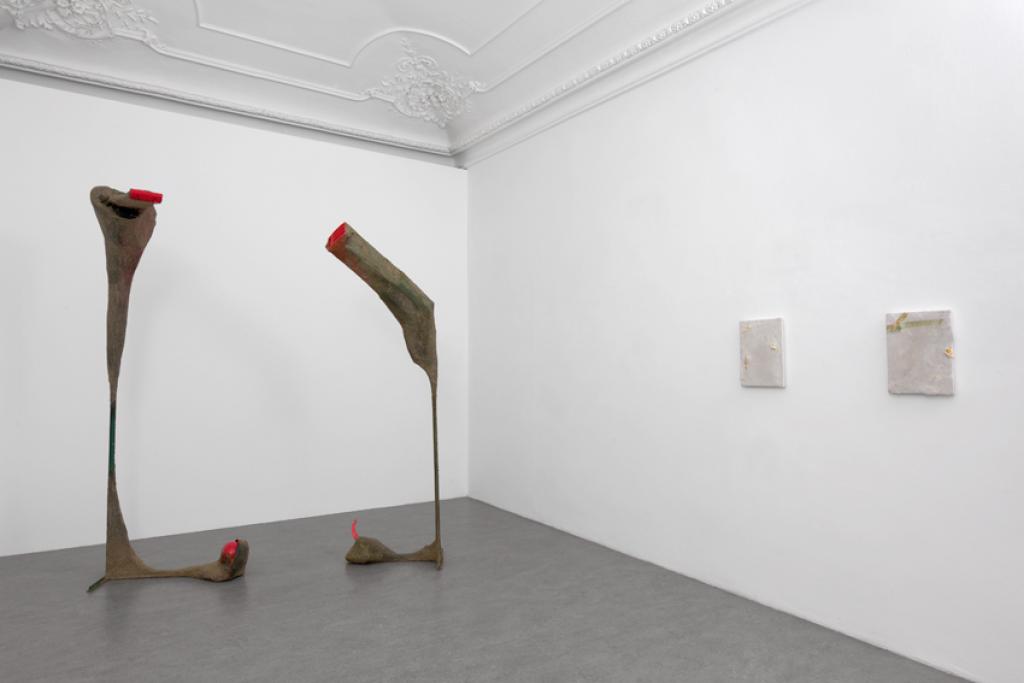 The sculptures of Francesca Ferreri (Savigliano CN, 1981) originate from everyday objects, or their fragments, which, being reassembled into new formal and chromatic wholes, attain new identities and new boundaries. At the core of her artistic exploration are not the objects themselves, which merely activate a process, but the empty spaces between them.

In Heidegger’s conception of sculpture, that space has no prior existence, and exists only insomuch as it has been made room for (“Space is in essence that for which room has been made…,” from Art and Space).
In Francesca Ferreri’s works, space becomes form through a progressive sedimentation of layers of plaster rich in pigments and consolidating resins. Not a simple skin that covers or unveils – rather, an expanding frame that does not enclose but that, on the contrary, assumes the ‘gap’ as the true objective of the artist’s exploration. In this respect, the gap-space which connects the various parts of the object is a constitutive part of the object itself and represents its essence. (See Heidegger, “We would have to learn to recognize that things themselves are places...”).

It is in this light that we can make sense of the unmistakeable and evocative references to restoration, its meaning and its techniques that the artist has experimented with over the years and that have variously affected her approach to sculpture and drawing. Like sculpture, restoration also hints at gaps in the work of art and attempts to bridge them by means of rules which, although previously established, can open up new possibilities. However, in restoration the gap is nothing more than that part which, once mended, enables our eye to slide smoothly over the surface of the object. In an artwork, instead, paradoxically, the gap, once it has lost any suggestion of loss, literally starts to spill over and becomes a means of integration as well as the main agent of the process of reconstruction of the imaginary object the artist pursues.

The exhibition features works from the series Fuzzy Traces, self-supporting gypsum plaster sculptures, which combine fragments of ceramics and scrap iron items. Viewed micro-architecturally, these sculptures satisfy the structural needs with a total formal freedom.
The Recovery is a diptych formed by two vertical sculptures. Originally identical, these frames have been fitted with objects of the same colour in the same position, suggestive of a rite of passage.
Closing the exhibition are the sculptures of the wall-mounted Heterochronies series whose theme is the coexistence of different time levels in the same work – the time of each fragment – as well as Items, a new series of panels made out of plaster and ceramic fragments combined by means of watercolour underpainting.