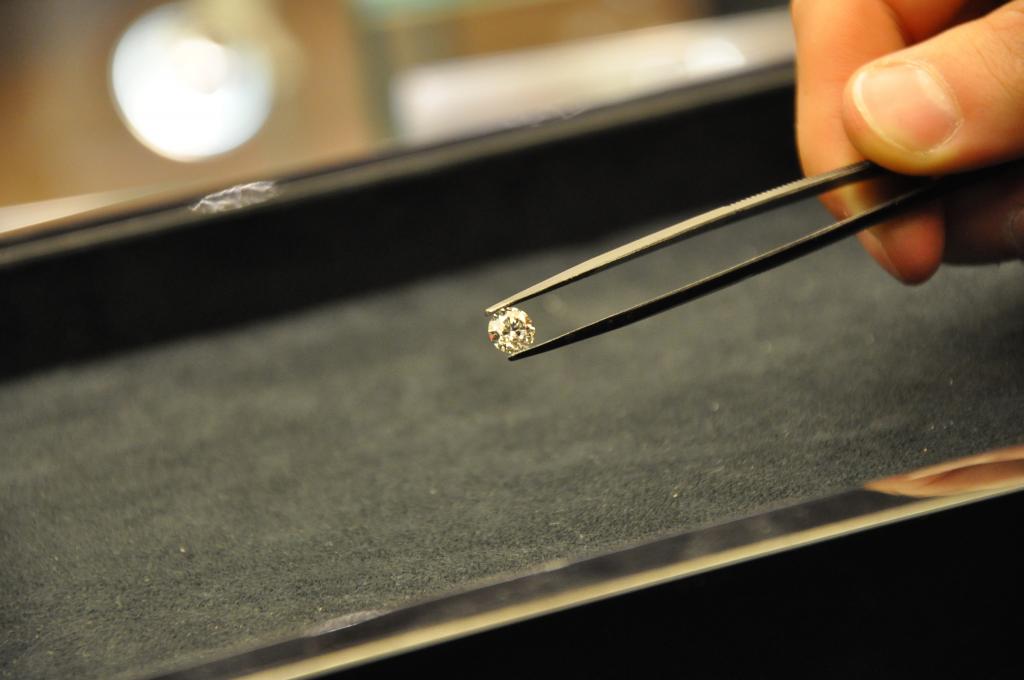 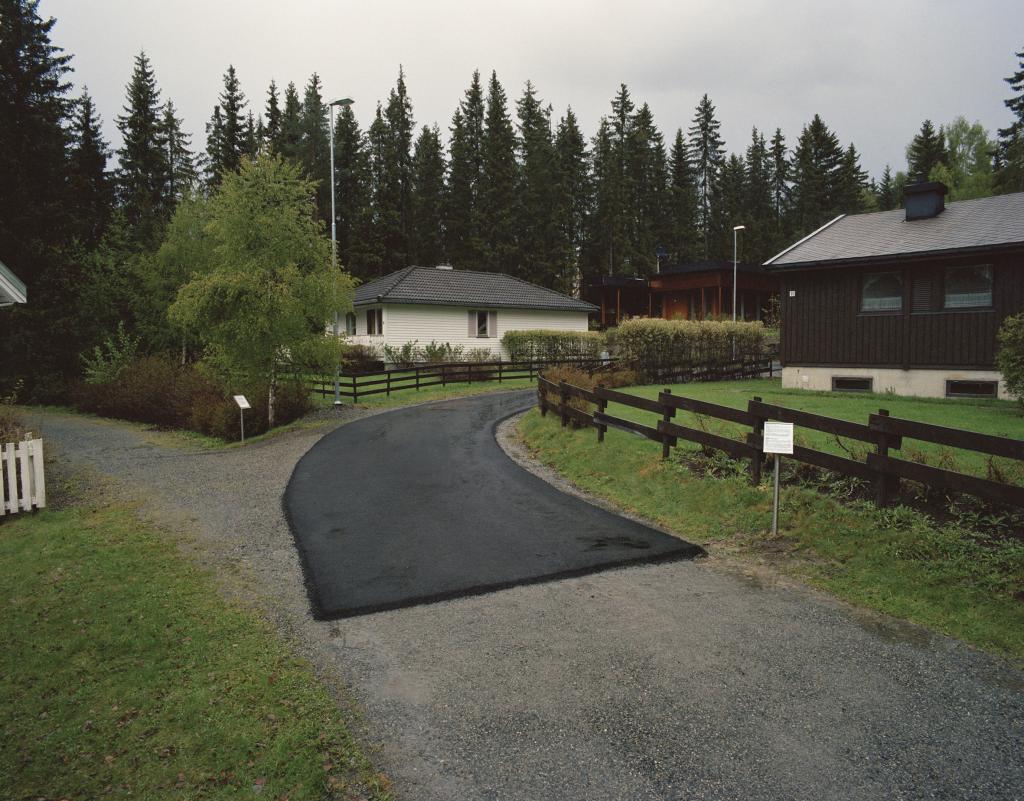 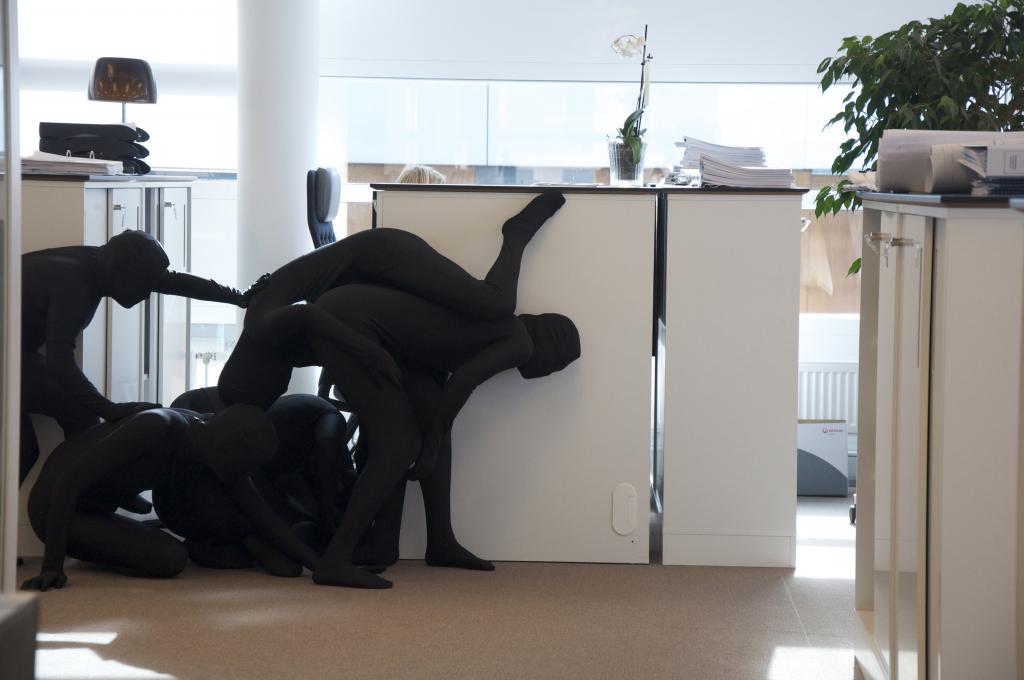 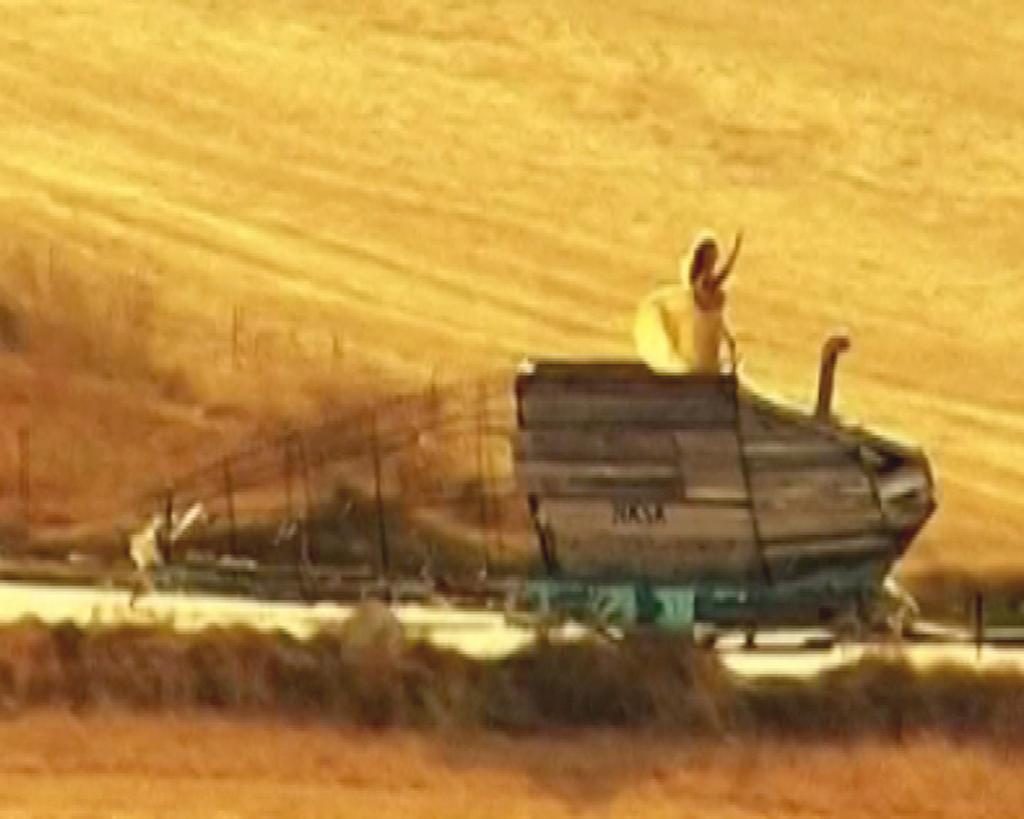 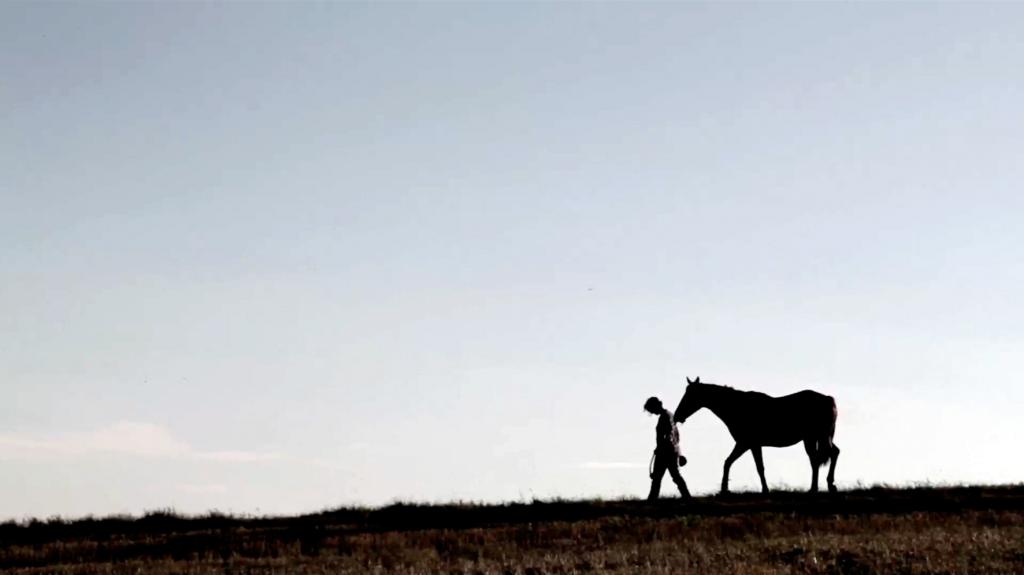 The title A Trilogy sets the rhythm for three events featuring trios of video artworks by three artists whose evocative visions evolved between 2008 and 2015, the years of "infinite crisis" as they were called by the philosopher and economist Christian Marazzi. Although they come from different latitudes and use different approaches, the artists Mary Zygouri, Eva Frapiccini and Marianne Heier have all chosen – with a perspective that opens to include the past and the present – to confront the issues of history, economics and politics by exploring the many forms and varied rhetoric of power, each offering her own "countermove" as a response to it.

Through video and performance art, often applied to stories and personalities buried in the archives of the past, as forgotten as they are eloquent in reading the political present, the Greek artist Mary Zygouri focuses on the creation of "political and civic poetry." In the trilogy Zoopolitics-Zoopoetics, she uses allegory as a tool in her critical exploration of the forms of power and the social and cultural conventions that feed it. Drawing inspiration from works ranging from Kafka to Derrida to Elias Canetti’s reflections on power and the masses, Symbiosis, one of her most famous works, is set on a chicken farm. Filmed in 2007 at the Turin farm La Bellotta, this video performance piece shows the artist in the role of an authority figure engaged in the act of typing up data and information while surrounded by thousands of chickens. The scene is surreal, disturbing and ironic, inspired by an episode in the political life of Argentina when, in 1946, Jorge Louis Borges was punished for his criticism of the new government of Juan Perón by being appointed Poultry Inspector at a market in Buenos Aires. In the other videos of the trilogy - Decadence (2008) and Long Live the King (2010) - a parade through the sunny countryside and one-on-one combat with an elephant backstage at a circus are the "chess moves" with which the artist redefines roles, hierarchies and codes of authority.

With the video Magnificent Mysteries, presented in 2012 at Castello di Rivoli, Eva Frapiccini opens a new and deeper chapter in her exploration of places marked by history, work she started with Walls of Lead (2005-2007) inspired by the dramatic years of Italian terrorism in the ‘70s and early ‘80s, often referred to as the “Years of Lead.”
Collector of dreams (Dreams' Time Capsule, 2012), places and stories, curator of museums devoted to fictional characters such as physicist Aleksander Prus Caneira (Caneira Museum, 2011) – in many ways similar to the lawyer and ornithologist Dimitrios Zalouchos conceived by Mary Zygouri (Fattening Cells, 2009) – Frapiccini has divided along the temporal axis of the past, present and future her critical exploration of the different forms of auctoritas (authority) that codify our relationship with knowledge. In her work Magnifici misteri (Magnificent Mysteries), the artist deals with the interplay between memory and history inspired by a family anecdote about the reappearance of the German soldiers as they retreated northward back up through Italy in the last tragic moments of the Second World War. The protagonist is once again an animal, a mare that the fleeing Germans steal, along with other goods, from the artist’s family’s farm - causing, in men who had hidden to escape the enemy, the irrational impulse to come out of hiding in a vain search for the animal. "It was like something out of a Saramago novel" says Frapiccini, the result of sentiment more than necessity, providing the opening words and setting the emotional tone of a story that is an intertwining of something heard in the past, imagined in the interim and recalled in the present. A trilogy of perspectives and times unfolds with the footsteps of victims, perpetrators, protagonists, narrators and a mare that was lost and that "returns" – and in her gait invites history to become poetry.

The Norwegian artist Marianne Heier also operates mainly through performance art in which she links public speeches or lectures, action, image and textual apparatus. The three videos presented in the gallery do not form a trilogy but rather share a reflection on the economy, focusing on issues such as value, merit, profit and speculation in the era of global neo-capitalism. In the case of Diamond (2012), a video performance recorded during her solo show at Kunsthall in Bergen, the artist focuses her project, as on other occasions, on the gift economy, an economic form that is both primitive and radical, relational rather than individualistic, as Marcell Mauss reminds us: "a gift is part of a primitive economic system inextricably linked to social relationships and to life." It is a free act but it is also binding and must be reciprocated, thereby helping to strengthen the social bond. A diamond of 1.26 carats, purchased by Heier with her own work, was donated by her to the museum and set into the museum’s facade: a talisman, a work of art, a jewel, a gift that, like the site-specific work she donated to the Maihaugen Heritage Museum in Lillehammer (Saga Night, 2008), obliges us to look at political and cultural conventions with new eyes.  The slogan "We are the 99%," made famous during the Occupy protest movement, is evoked in the video piece One Percenter (2015), the percentage of the minority where most of the wealth is concentrated and a paradoxical measurement of a growing and pervasive state of social inequality in parallel with a process of expropriation which extends to all areas of life. The images place us in the sterile office of a real estate company filled with corridors and shiny surfaces that, out of the corner of our eyes, reveal the appearance of a ghostly collective body that insinuates itself into spaces, takes on mysterious forms, and urges us to imagine new stories.