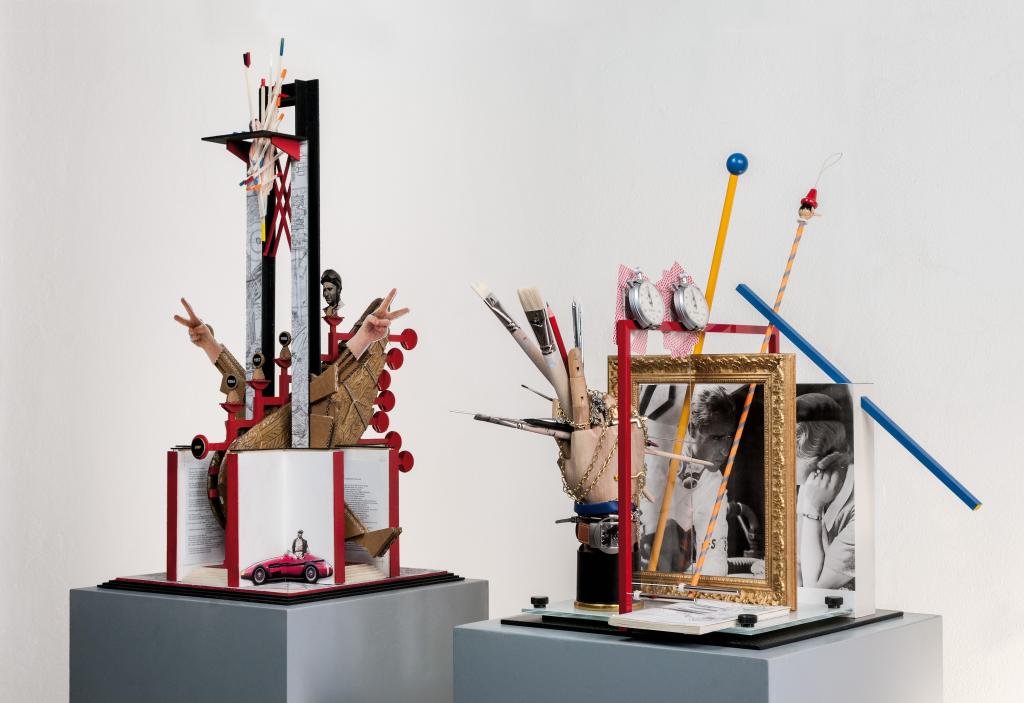 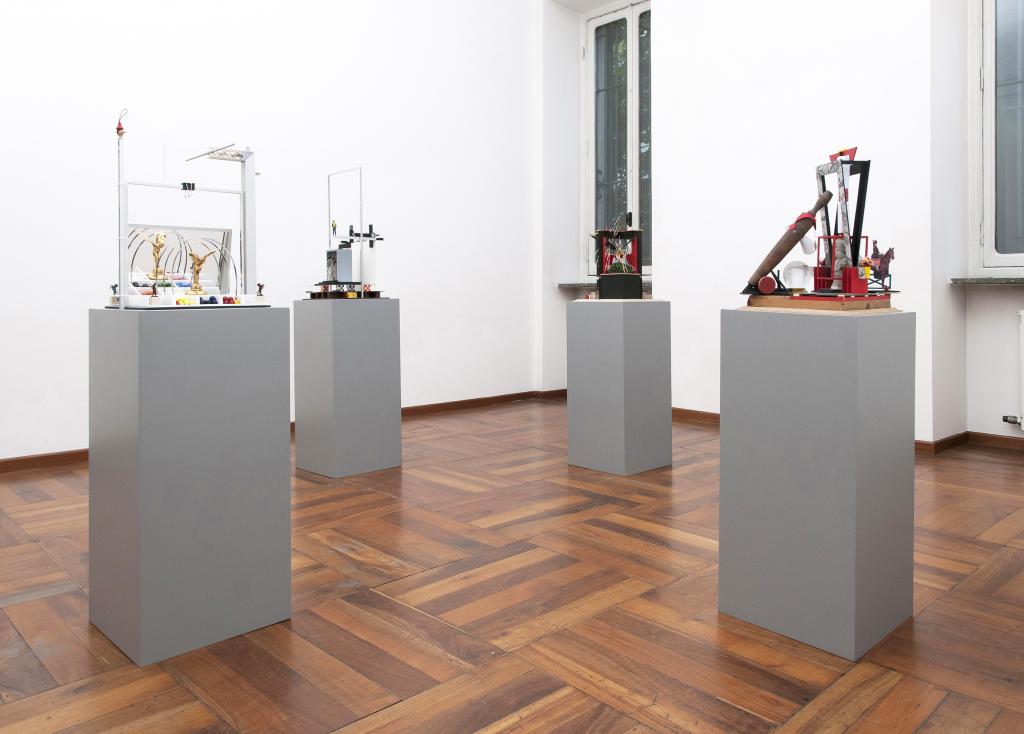 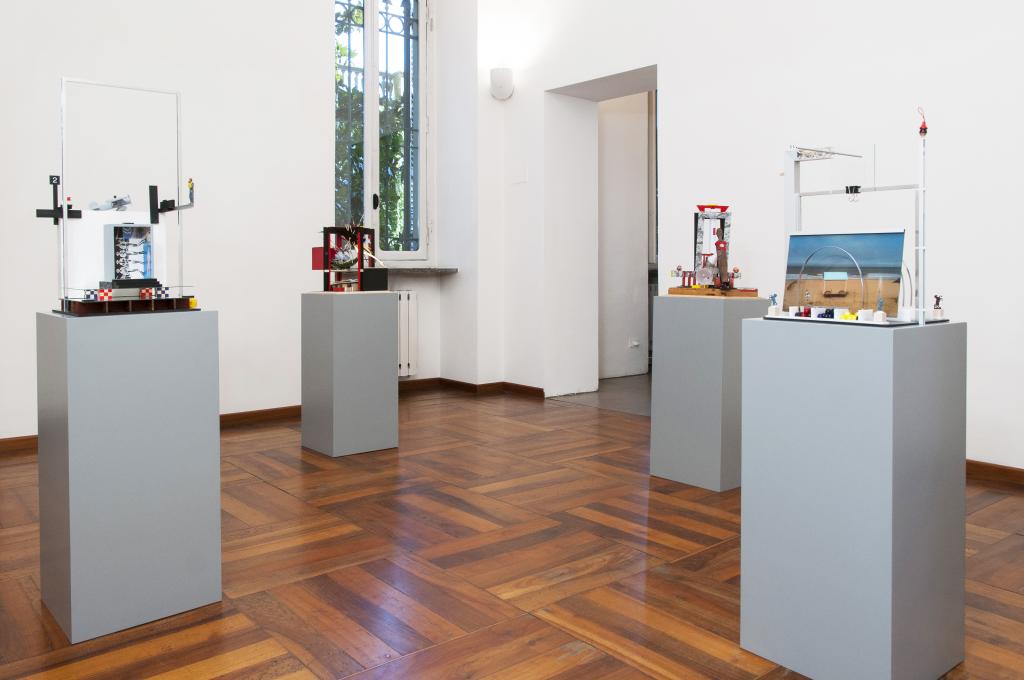 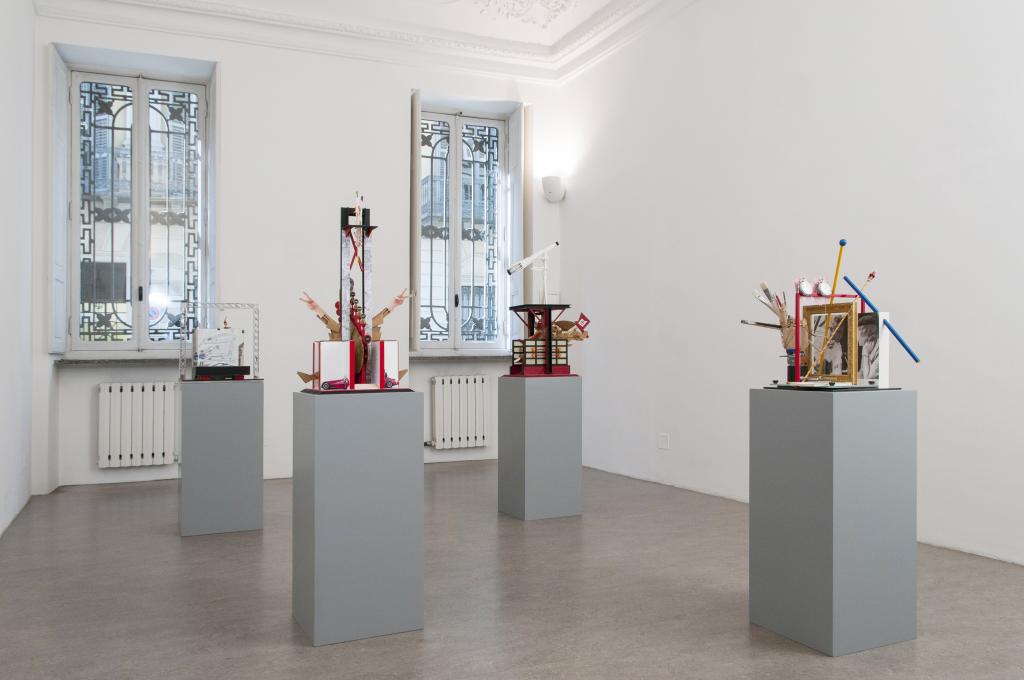 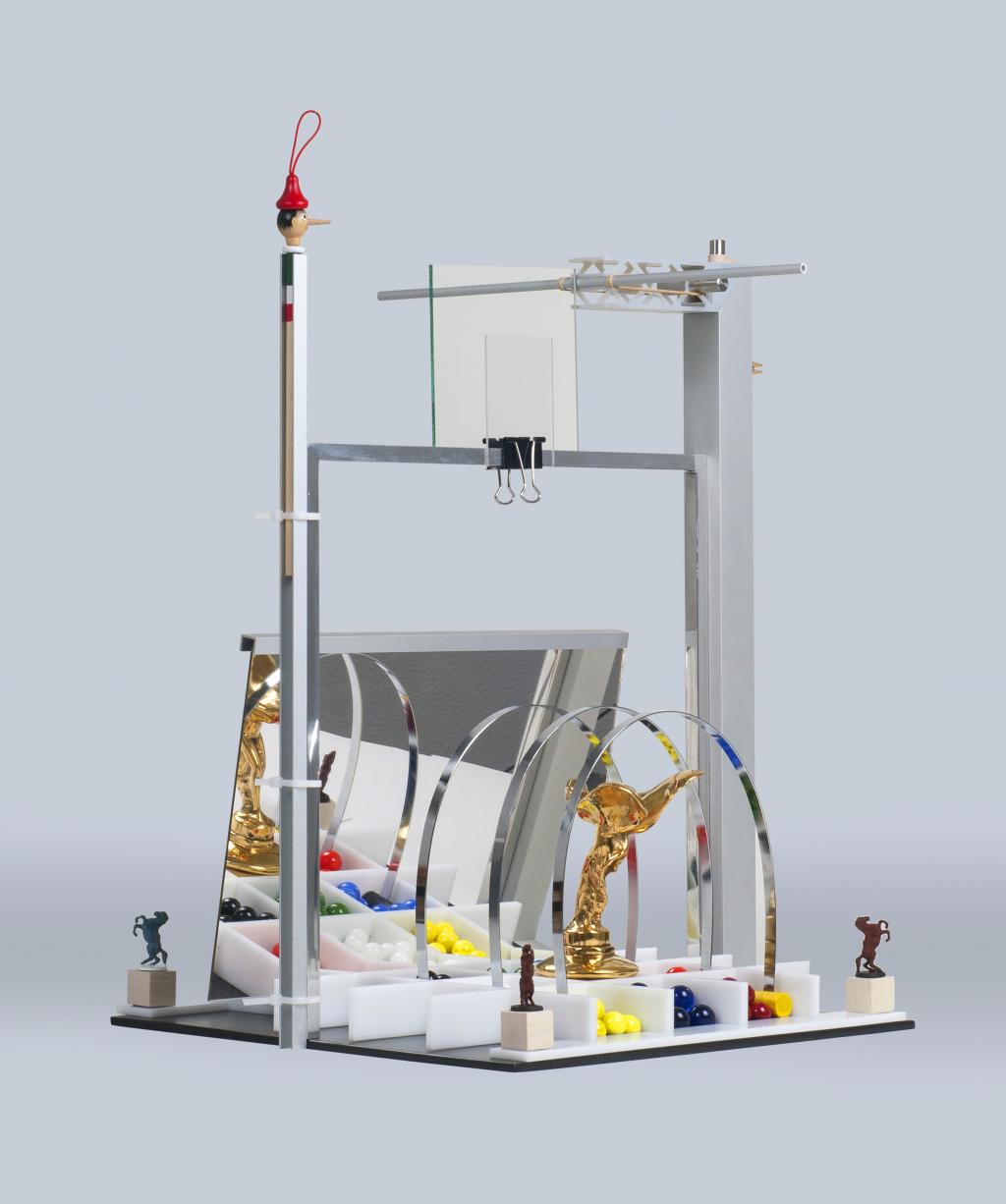 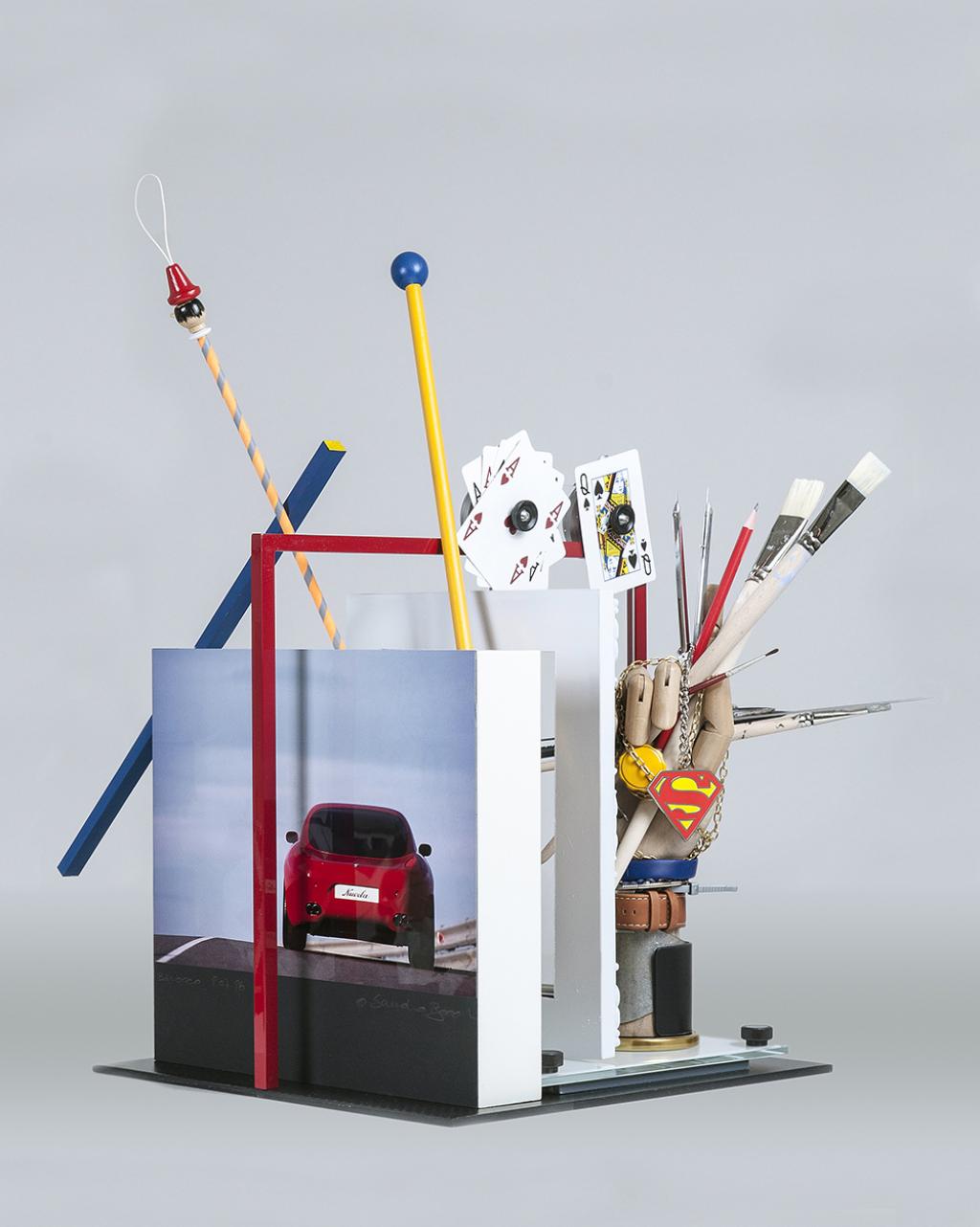 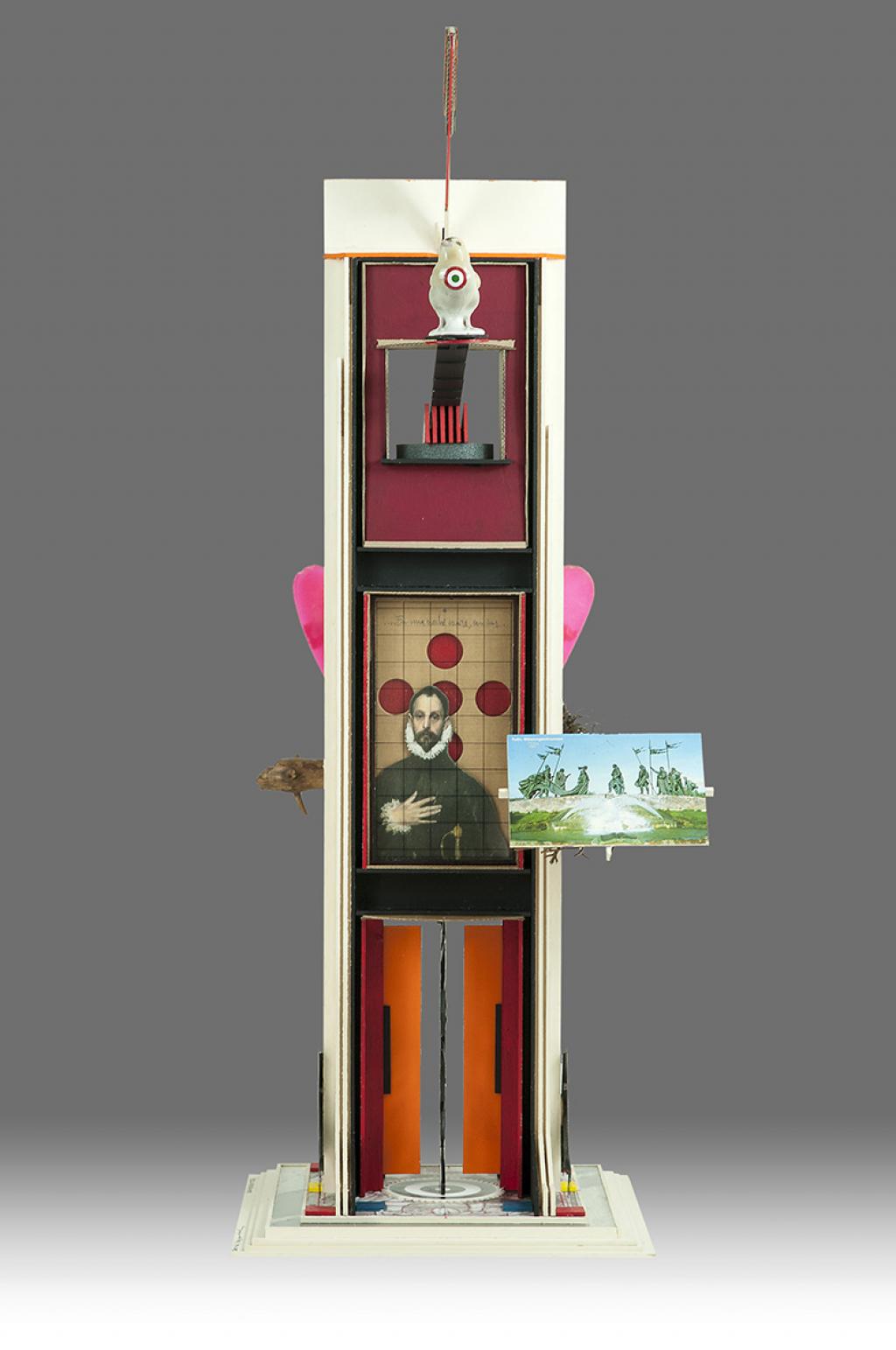 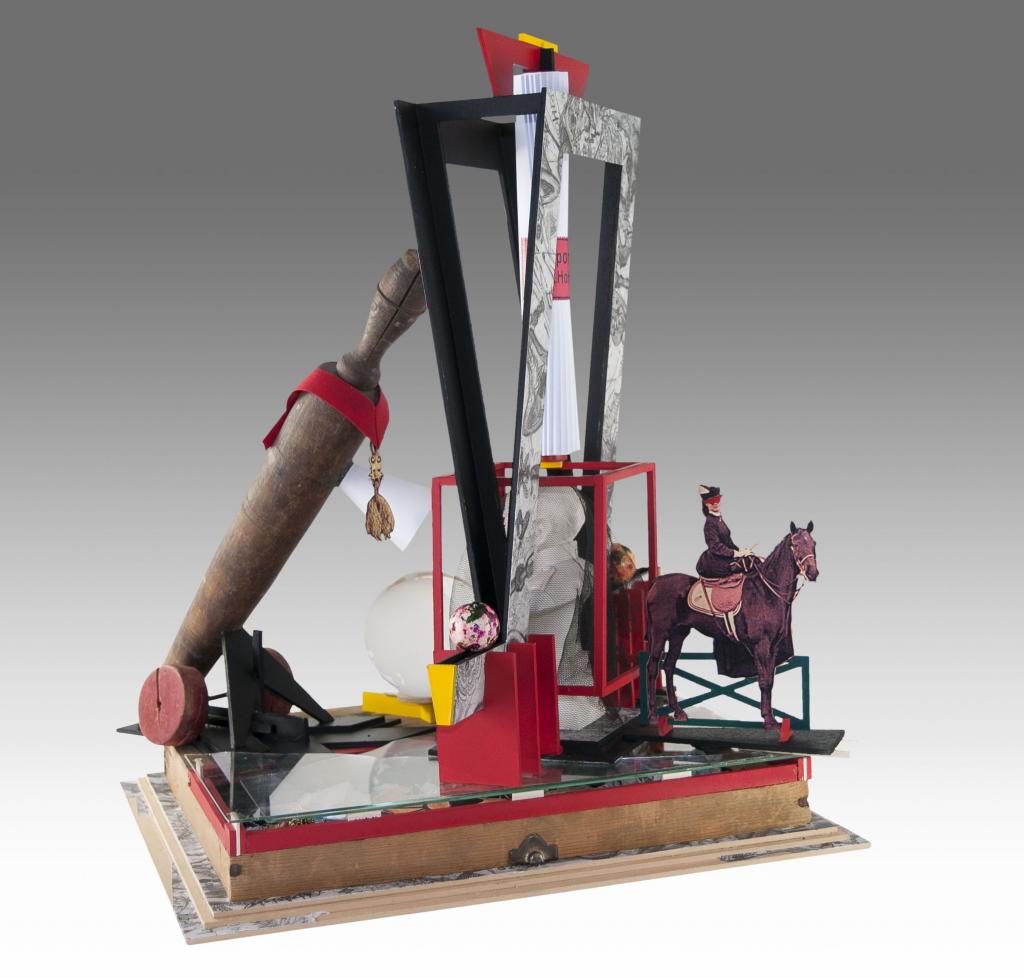 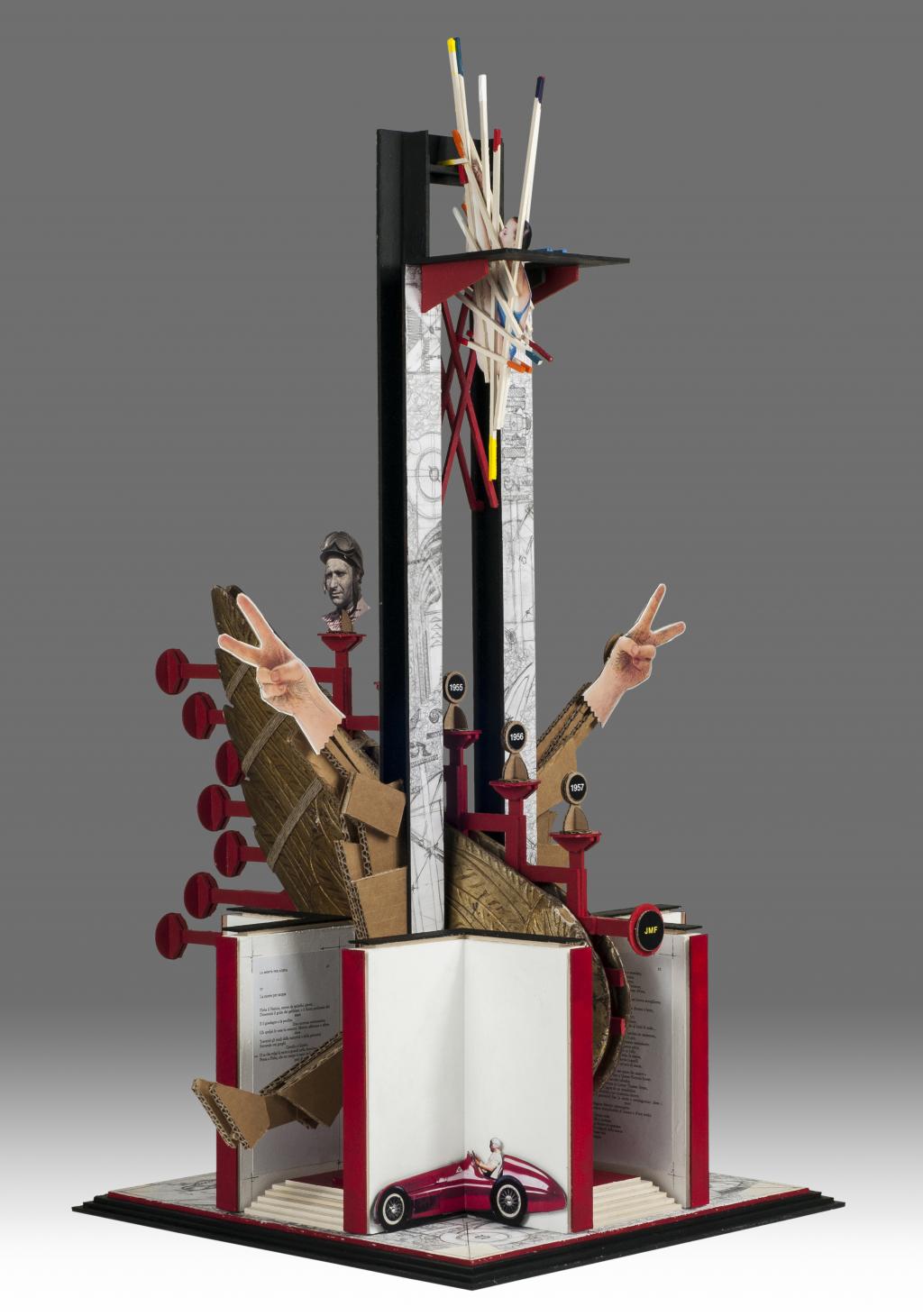 The two brothers are both professional designers – Walter is internationally renowned for his achievements in the automobile industry as well as in the industrial products sector, and Giorgio is a commercial artist. One summer night they resolved to engage in a very unusual art form, one which Giorgio developed as early as the 1980s.

Tanzen consists of installations made of cardboard and paper, carbon and metal, fragments of all kinds, the most diverse objects which, once assembled, become bodies surrounded by a magical, occult halo. Pieces of writing and of buildings as well as frames within which chaos – made of cut-out pictures, Dinki Toys, marbles, broken glass, rusty relics – transforms itself into a temple celebrating heroes, circus artists, emperors and princesses, saints, athletes and weird creatures – myths invented by two skilful players with a knack for gambling who wish to escape from the modern world.

These objects come from an eccentric, creative, imaginative world, where debris, waste, and scholarly quotes combine to create bodies which are new, unique, original, challenging and pliant – in a word, alive­. They are for everyone, for a public who loves cryptographs. They are made to amuse and amaze, and are open to be read and interpreted freely with no concern for meaning – because they have none.

Walter’s and Giorgio’s works follow the same rigid size parameters, while allowing total expressive freedom. They are like two tightrope-walkers meeting half-way over the precipice of “Bricolage”, both engaged in extreme enterprises, mirror images that are opposite but elusively similar. Both Tanzen, yet different … perhaps Walter’s could be described as little Wunderkammers, while Giorgio’s are like small esoteric-alchemic temples. Complex architectures, memories of old designs, automatic writing (Giorgio de Silva’s exhibition curated by Antonio Ficarra at Torre della Porta Pretoria di Aosta in 1991 was entitled Memories from Nowhere) – these are the outcomes of their pursuit of beauty and the joy of building.