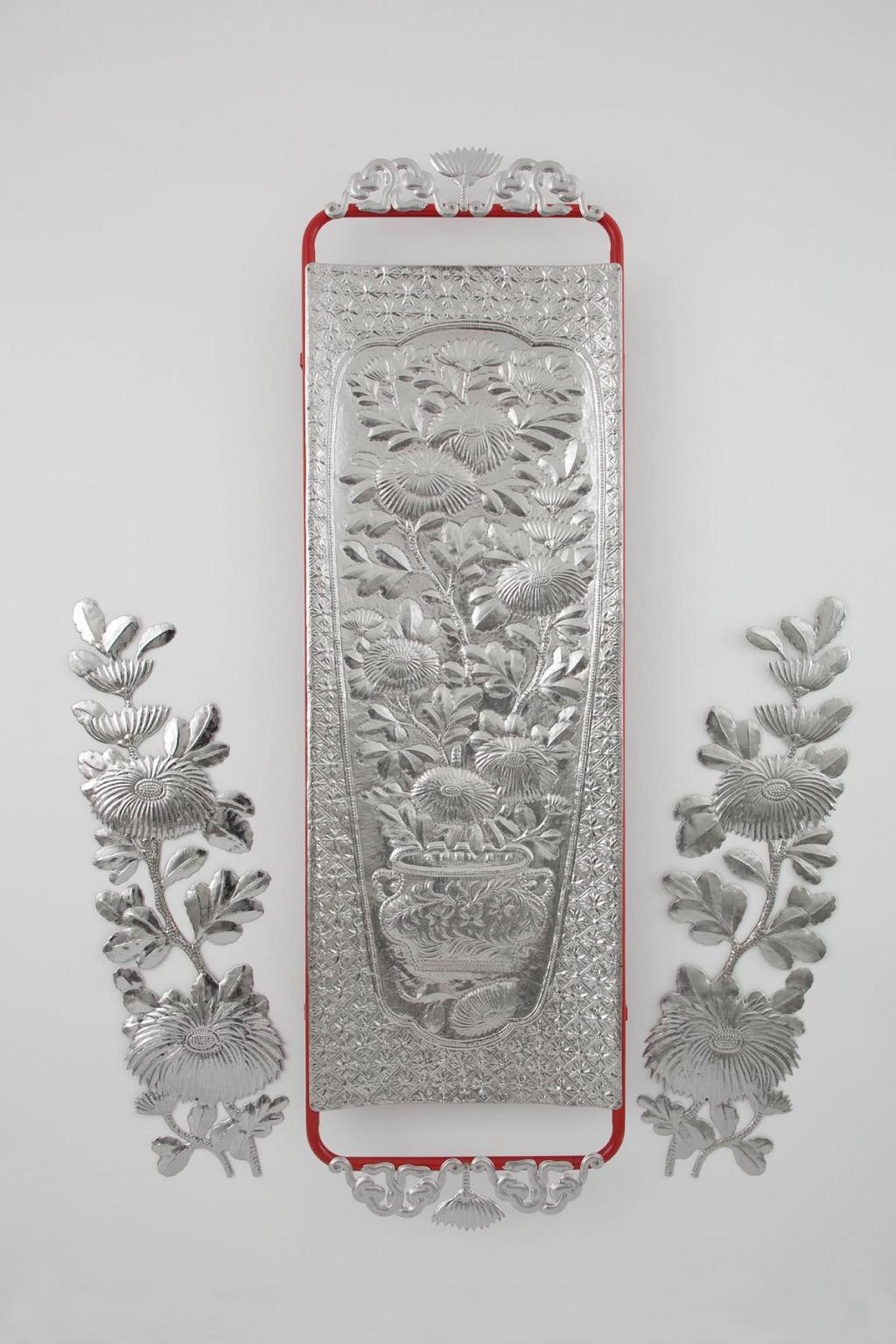 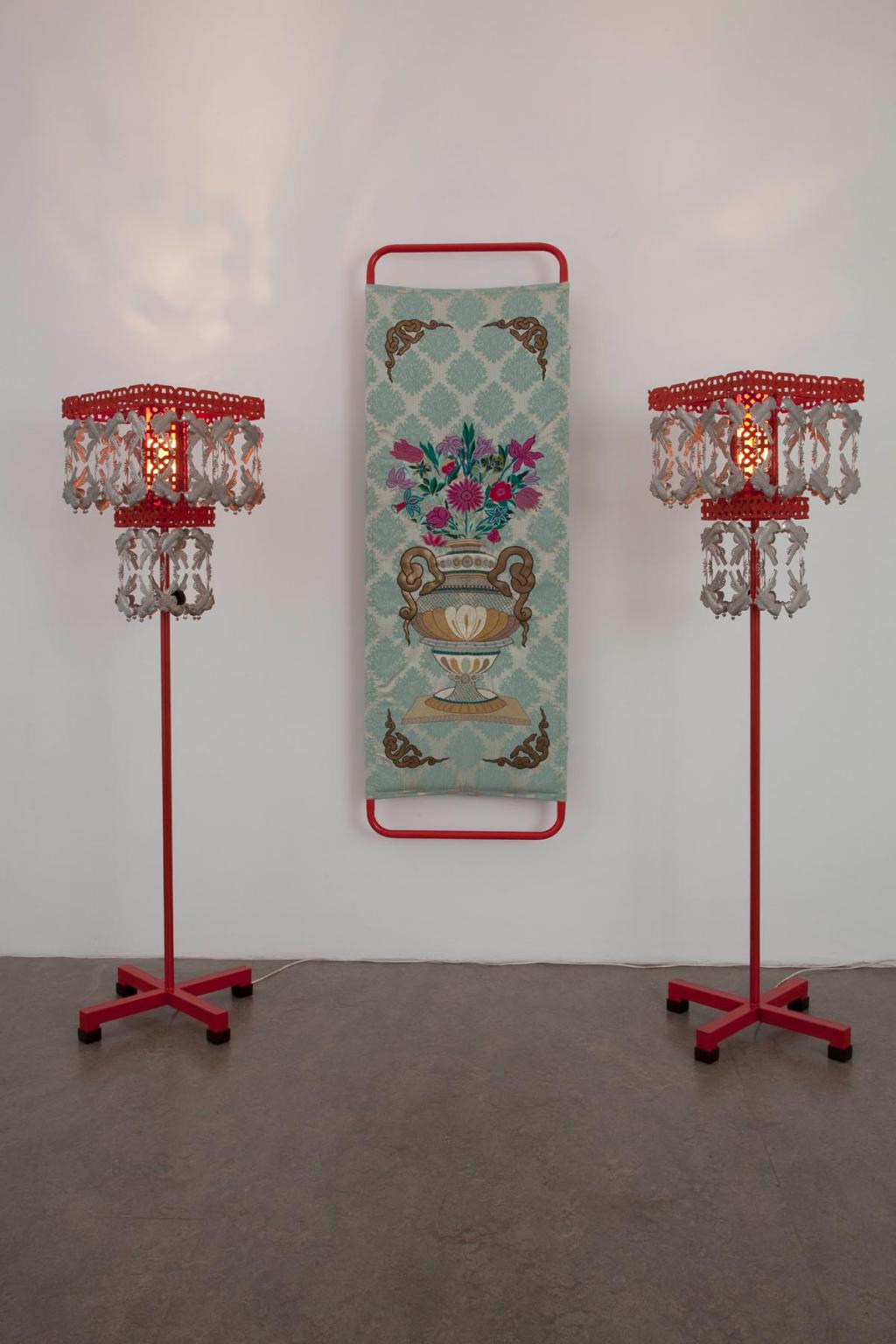 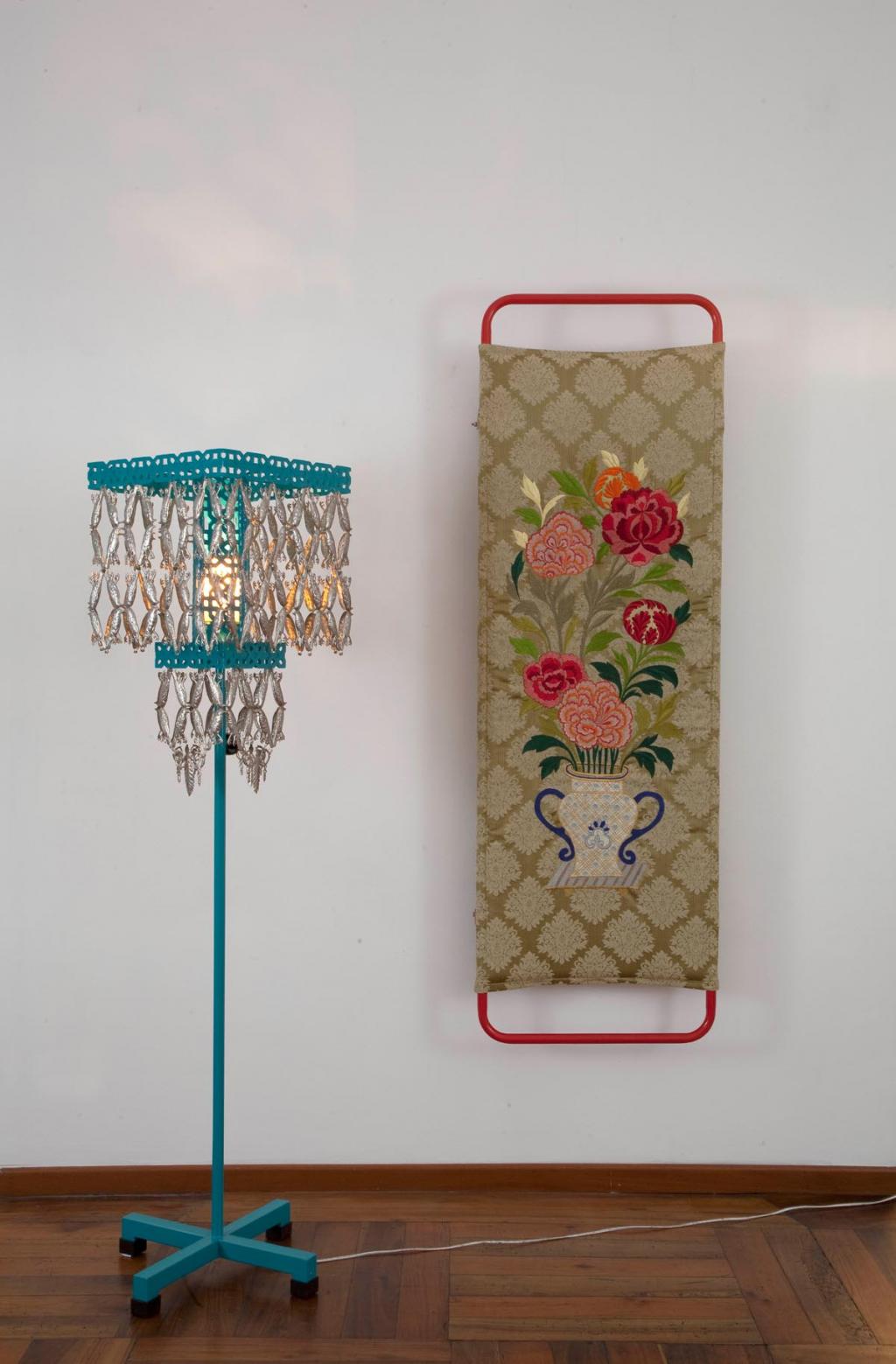 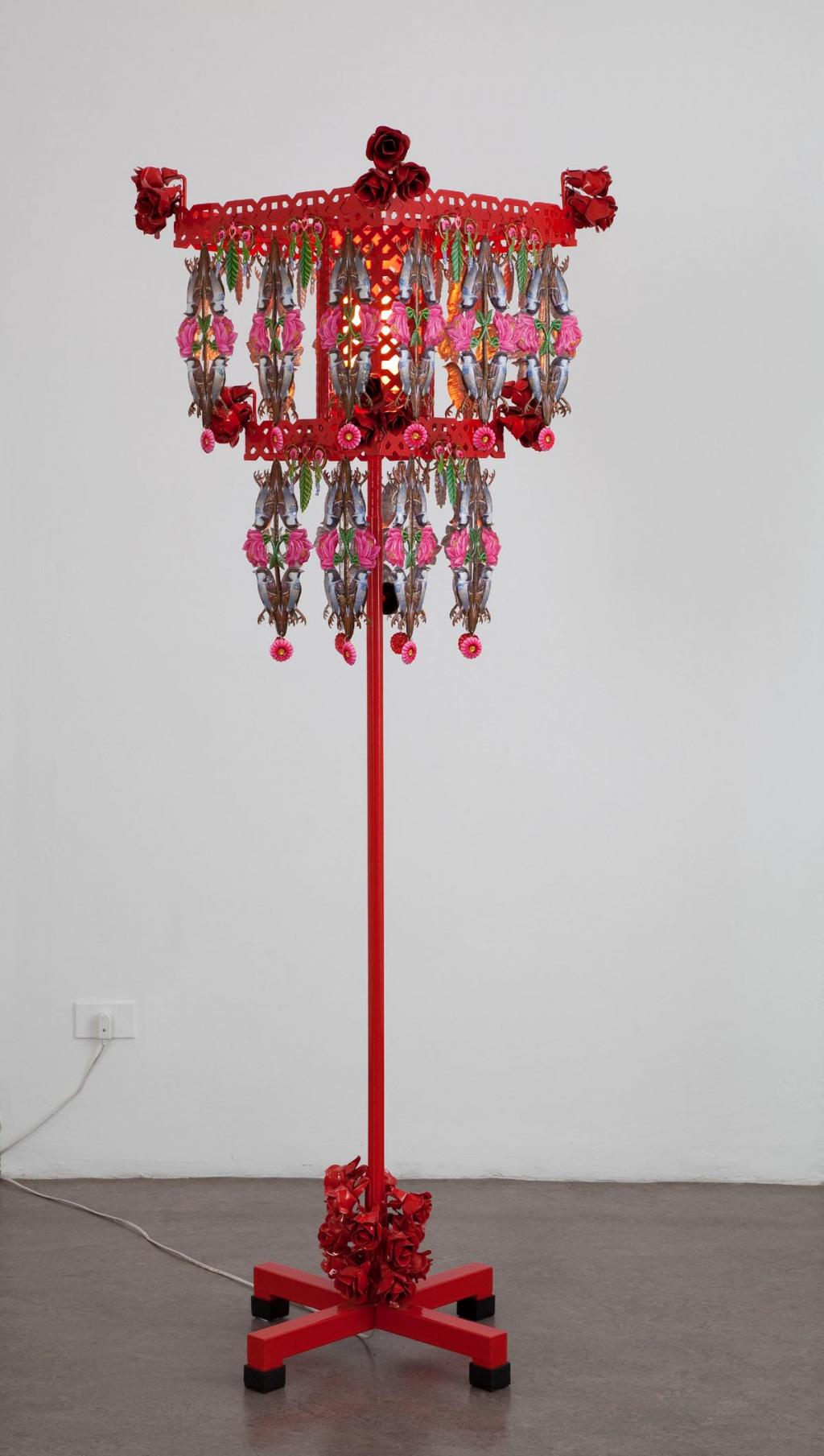 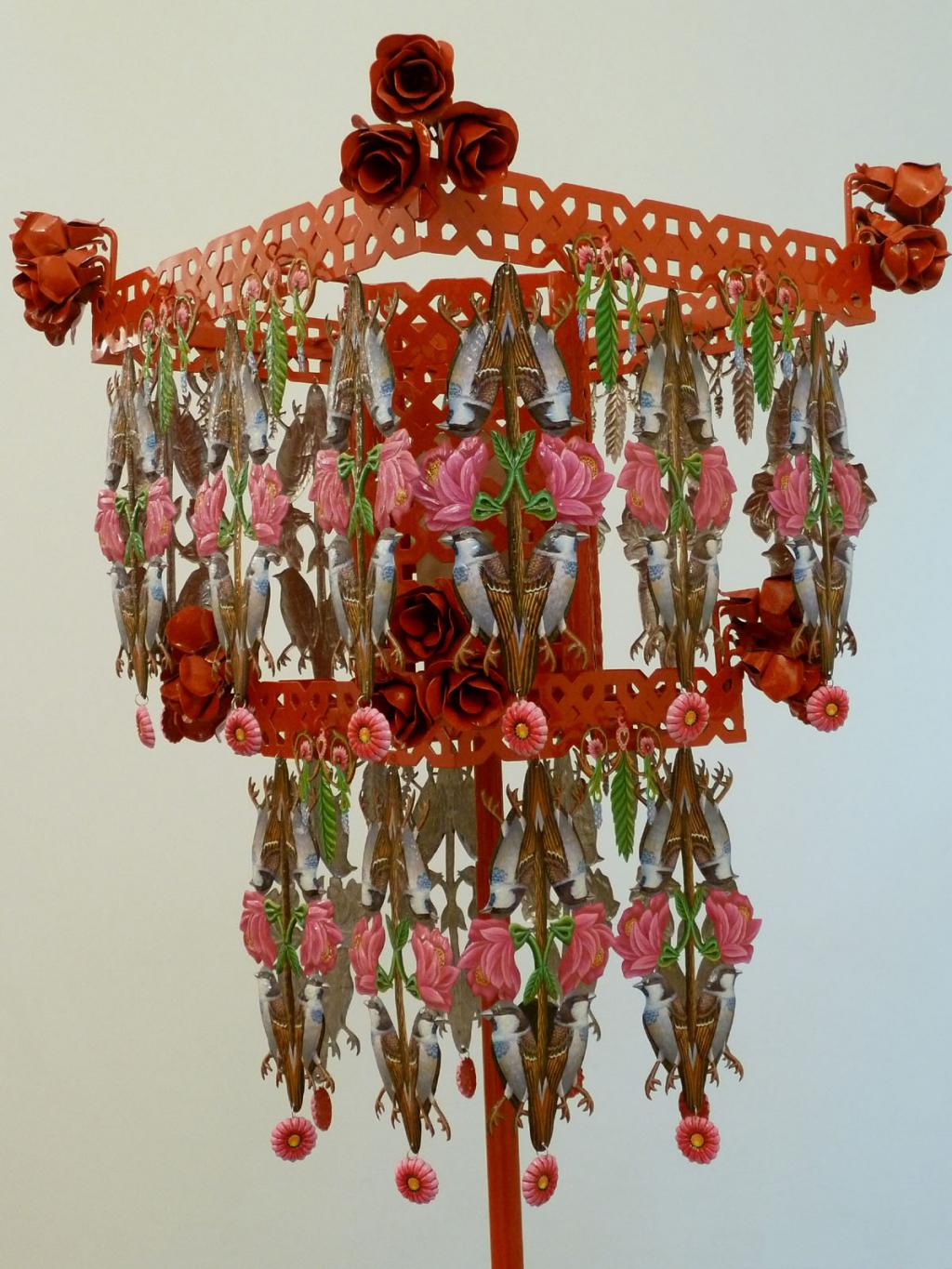 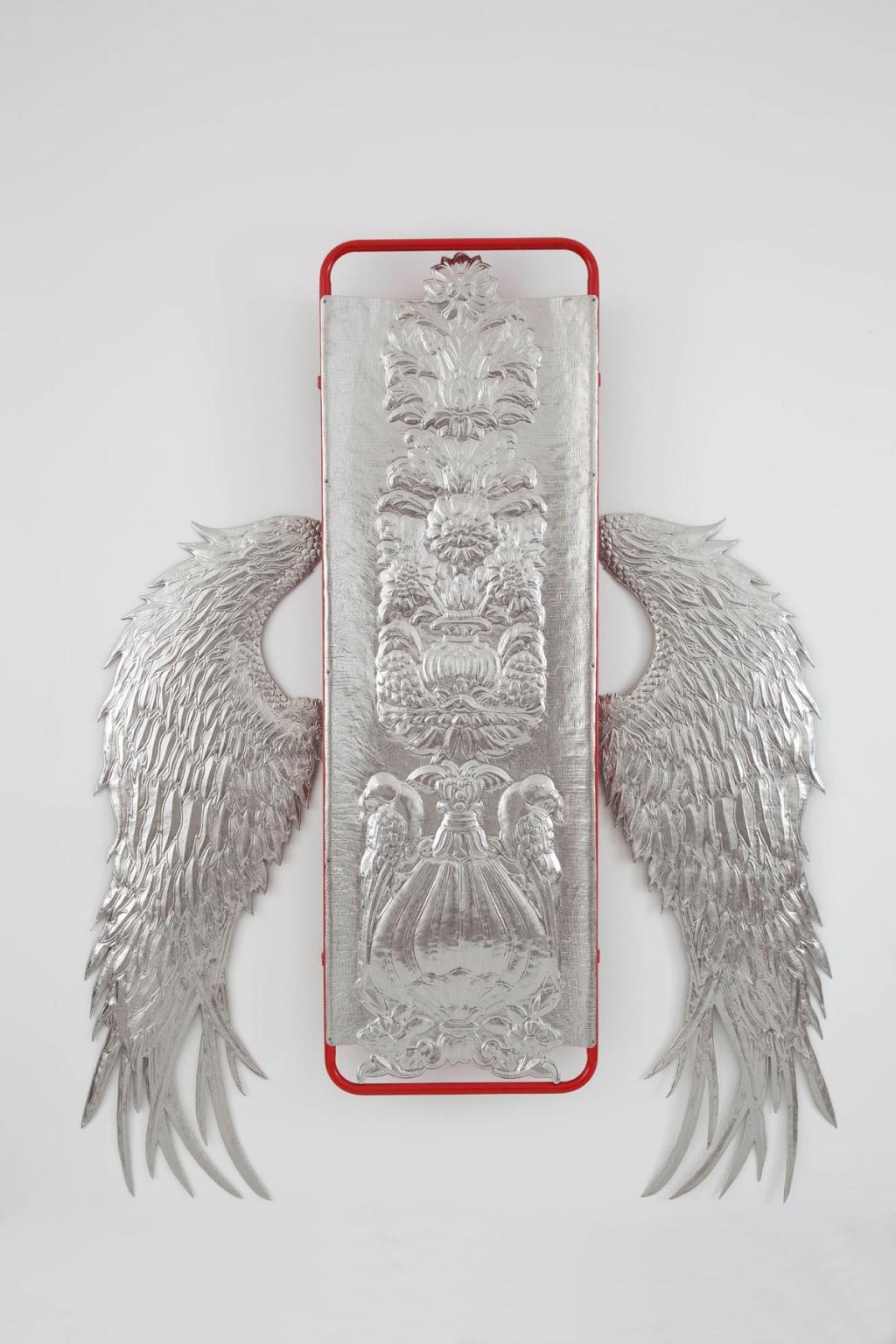 I had no choice but to hear you

Alberto Peola is delighted to present the latest works of Pakistani artist Adeela Suleman.
Adeela Suleman was born in Pakistan, where she lives. Pakistan is a Muslim country and a nuclear power that is undergoing rapid economic and political transformations. A country prone to natural disasters, Pakistan is stricken by resurgent terrorist attacks and socio-religious strife. With her keen insightfulness, Suleman captures the contradictions and ambiguities of her home country and transforms the anxieties and fears of its people into a unique artistic creation.

Her embossed steel bas-reliefs tell outlandish stories in which nature and life are interwoven with symbols of destruction and violence. Among the most recurrent figures are peacocks, traditionally associated with beauty as well as with misfortune; parrots, which are said to travel from place to place telling stories, like unreliable witnesses to everyday tragedies; and, finally, outlines of small dead birds symmetrically arranged in highly refined geometrical patterns. Twisted tree branches, leaves, flowers and snakes stem from such figures as missiles and suicide bombers’ vests, finely engraved as in Islamic filigree works. For all their lavish magnificence, these bas-reliefs still retain an elegant and delicate character, thanks to their rigorous, perfectly symmetrical arrangement.
The bizarre combination of elements refers back to traditional associations of meaning and, in particular, to that rich repertoire of stories circulating in Adeela’s family, each of which had a moral. However, we will look in vain for a moral lesson in Adeela’s works. Rather, we will find symbolical figures (a kind of totem poles) suspended between tradition and modernity, autobiographical elements as well as fragments of everyday life, literary allusions and news reports – all of which are juxtaposed in a narrative sequence where life and beauty go hand in hand with death and loss.
In her series of works I had no choice but to hear you stretchers, drip stands, Islamic geometric patterns and wide-winged angels are there to tell the story. Like seizing the moment or like a snap shot of a richly decorated room.