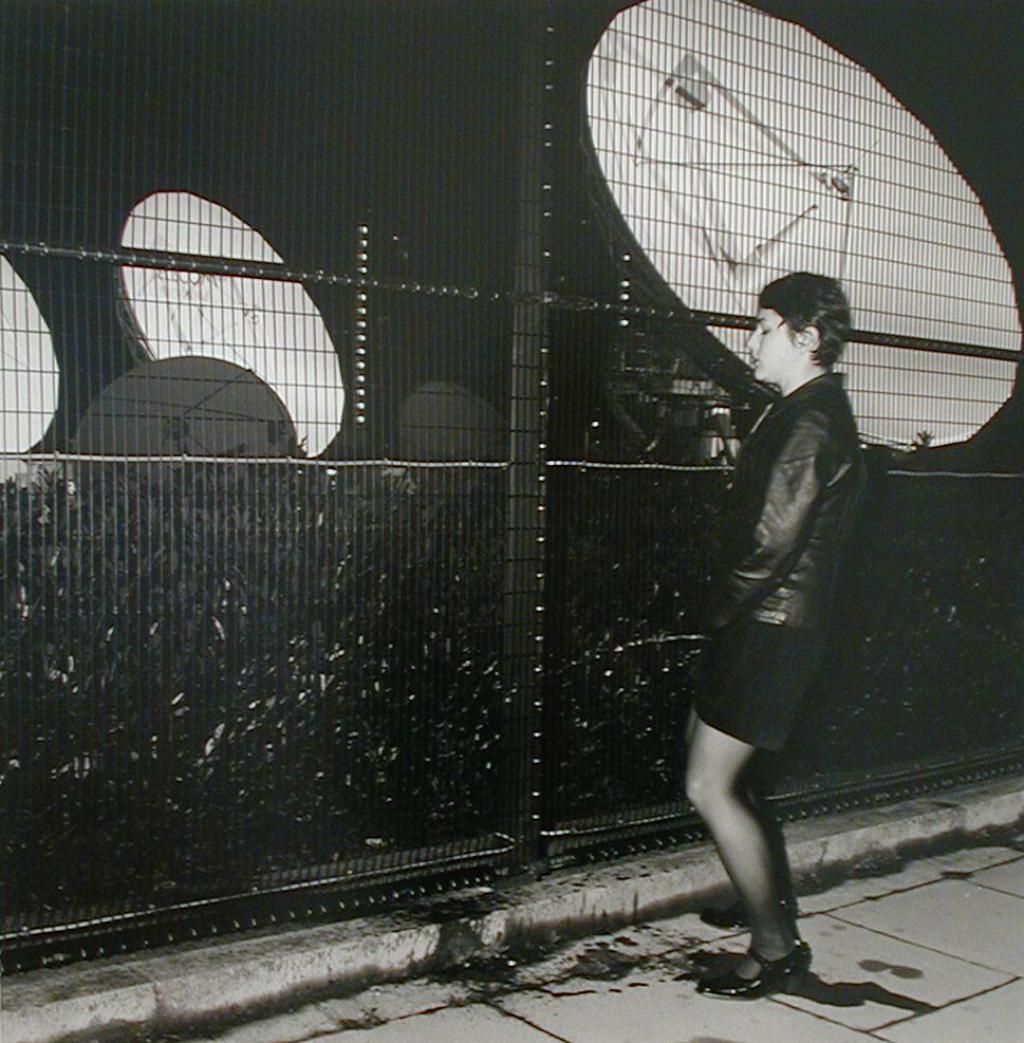 Sophy Rickett works with darkness, using the simplest photographic means to draw her nocturnal scenes out of the night. In the beginning - in the mid. 90s - she photographed young women as they urinated up against walls and urban parapets like men in a standing position, and friends crouching down on the edge of the road just out of the glare of car headlights. In her subsequent work the presence of humans has almost disappeared and the spaces represented have become "non-spaces": the outskirts of cities, places that have to be crossed on the way to some other destination, viaducts, road junctions and deserted crossroads.

The obscurity of the night has gradually become deeper and more pervasive; in one photograph the almost homogeneous background is dissected by a thin strip of light along which a tiny figure can be seen walking; in another a fence in the distance, interupting the picture plane, on closer inspection stands be tween us and the shape of a person previously unnoticed. The striking horizontal emphasis of the scene and the denial of depth of field dislocate the centrality of the viewpoint.
When the subjects of her photos become fields or rows of trees, the artist introduces colour, which divides the immage in two, bringing out the elements from a thick impenetrable black background. In the Forest series the illumination is so subtle that you can hardly make out the details of a dense pine forest, then it slowly becomes clear that the other works in this sequence contain half of that of the neighbouring works: this slight change of perspective, coupled with the fact that the foreground has been compressed and pushed back into the immage produces a sense of disorientation.
Sophy Rickett´s work is poetic and mysterious: «I use the darkness of night-time not to suggest emptiness, but more to suggest a place that is full of possibility». This could be anywhere, and anything could happen here. It is up to the viewer, enchanted by the infallible precision of the black spaces, to conjour up events to fill the darkness and identify the narrative links that this series of photographs, together with their rigid formal logic, leave open.