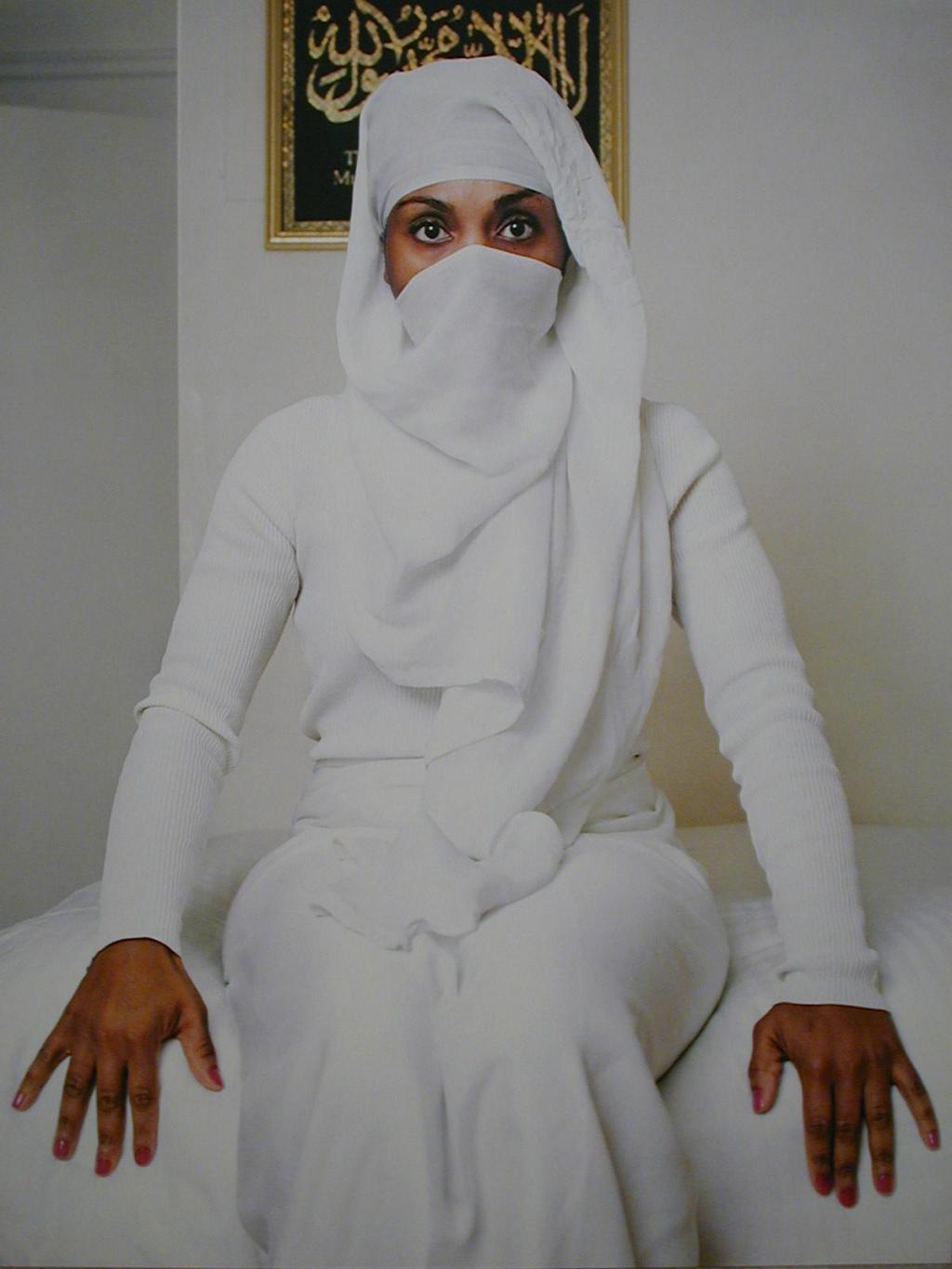 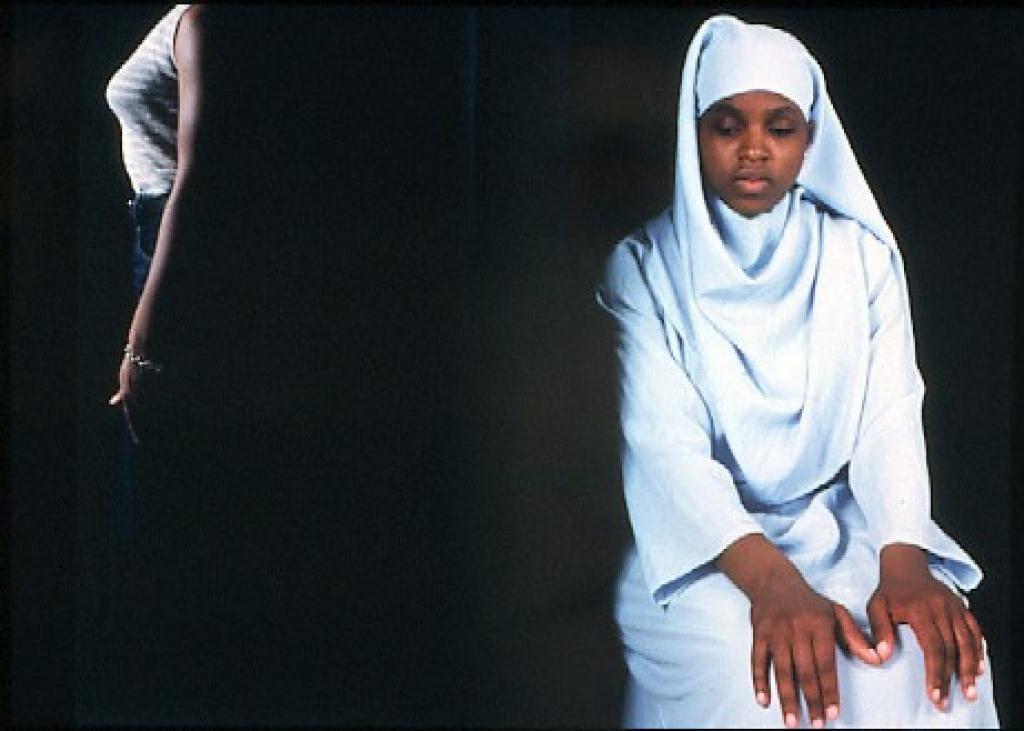 Nzingah Muhammad is an Afro-American artist, who was born into and brought up by an extended family in New York. Her family is made up of a father, six mothers and thirty brothers and sisters. Being a young coloured Muslim woman who has always lived in the heart of Western civilisation, as well as her thorough understanding of the Islamic traditions of her African roots, has provided Nzingah with a rich source of multiple-identity crosscurrents that she weaves into her artistic work.

Her photographs portray private scenes, intimate and familiar situations that she has staged. In them, she leaves nothing to chance when choreographing the subjects' poses, gestures and glances, which together with her careful choice of clothes and bright contrasting colours on a dark background combine to shift the representation to a symbolic level.
Nzingah frequently appears in the role of the protagonist in her photographs, where she appears on the set specially dressed and made up. In these pieces, she is portrayed alone or alongside other figures who are either out of focus, or positioned in the background. Her body becomes a timeless icon or the focal point of a dialogue as it unfurls between the characters in the shot. New meanings can be drawn from these relationships where she stars in an imaginary story. Silence seems to glow and gently emanate from her veiled and unveiled body as she lowers her eyes, fixes her gaze at the lens, or relates with the nakedness of a white male body, as in her latest pieces.
The artist is a photographer, director, costume designer, set designer and at the same time subject, sometimes appearing twice in the same scene to counterpoise another of her multiple identities. By wearing clothes that are clearly a reminder of different cultural backgrounds and by placing the spotlight on different levels of her own personal experience, Nzingah revives a process of becoming multifarious and complex.