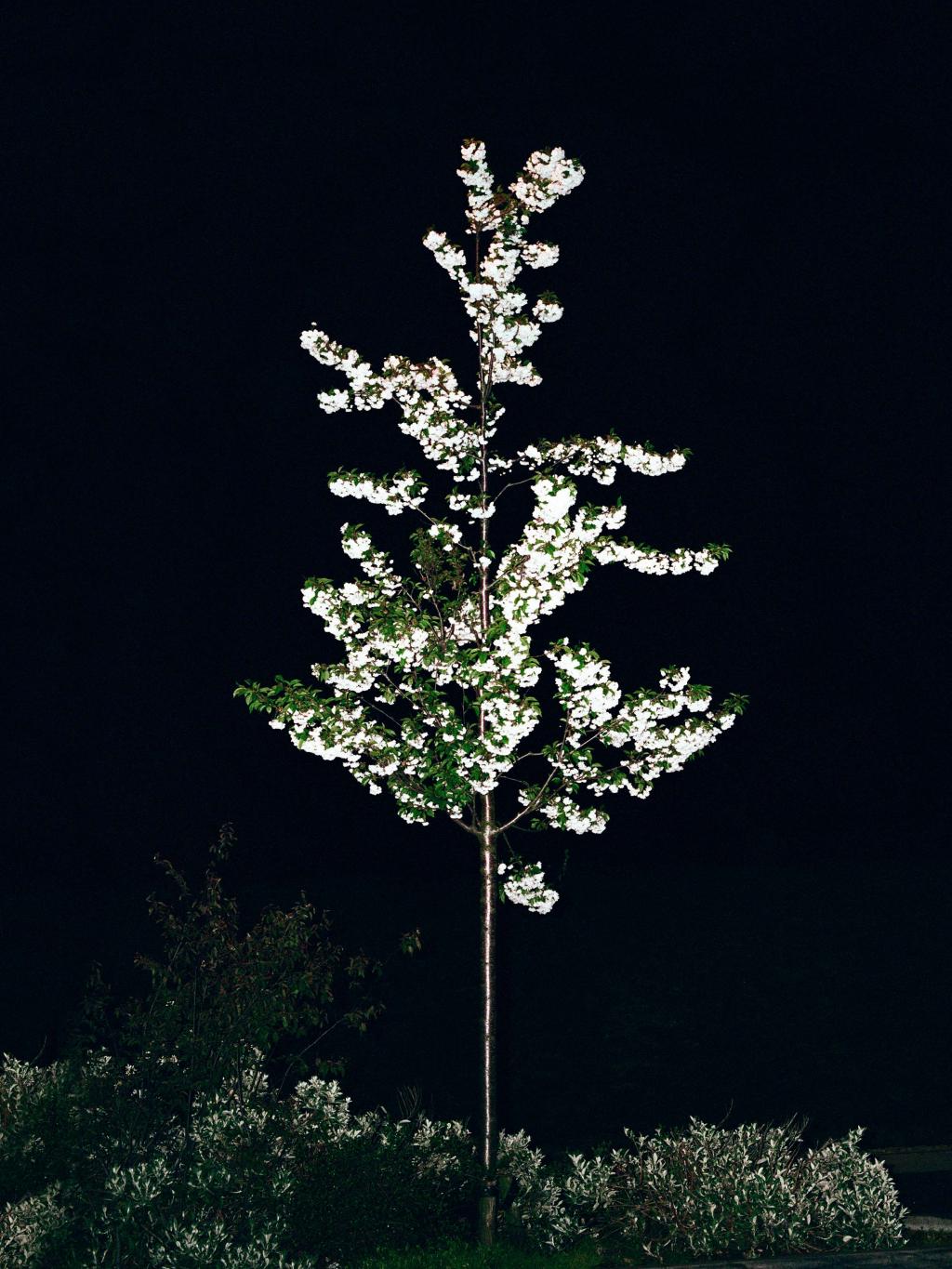 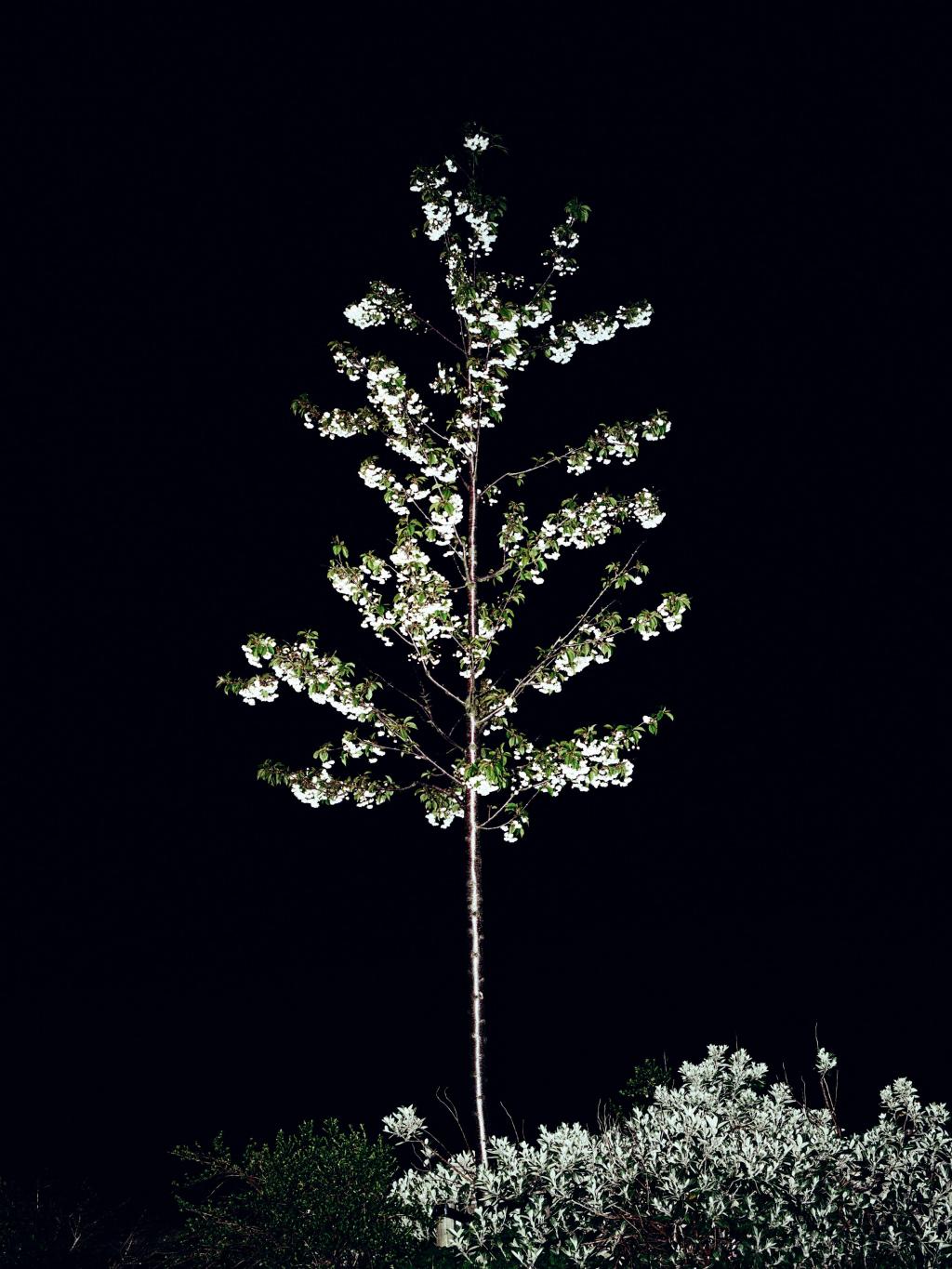 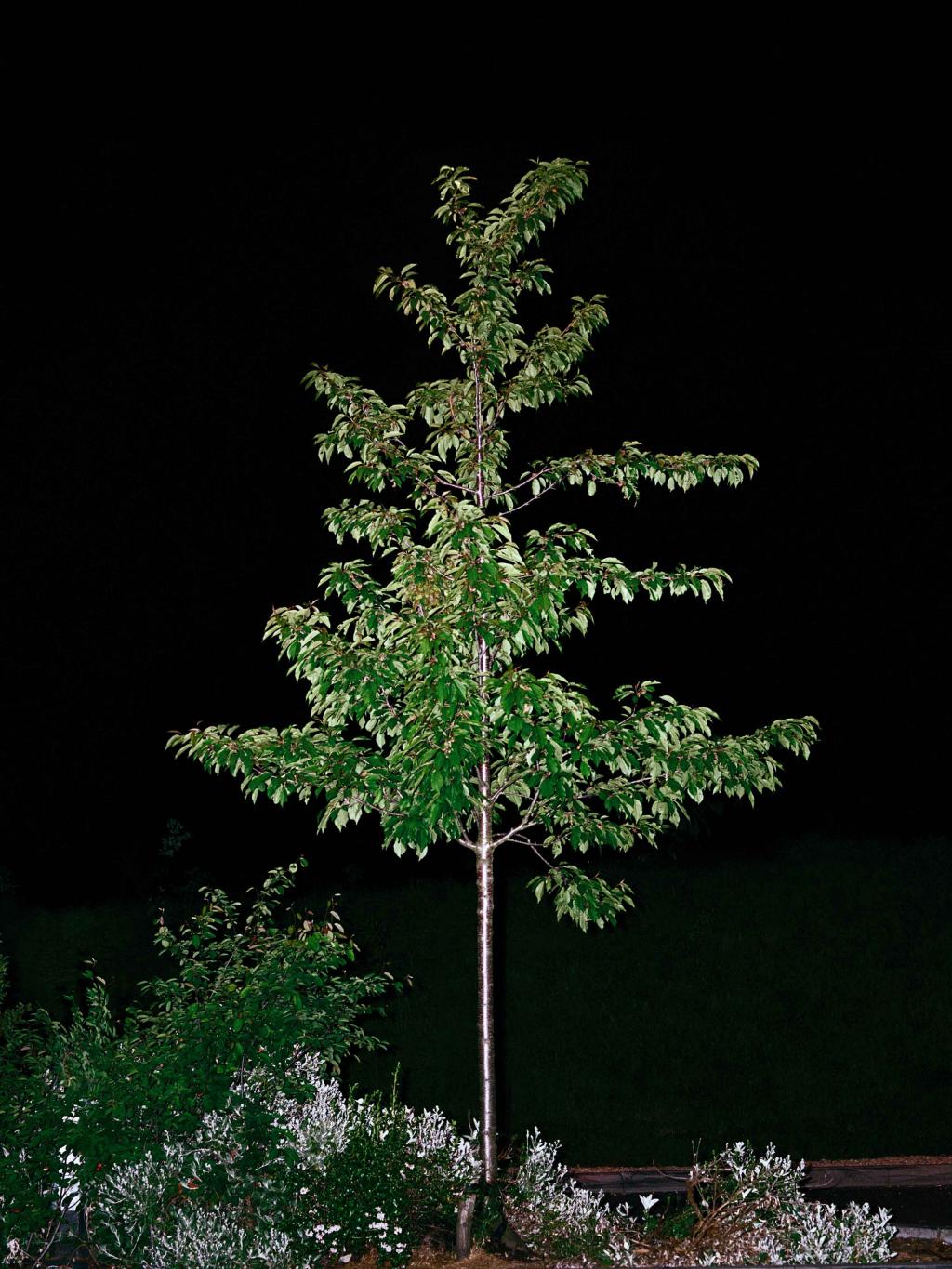 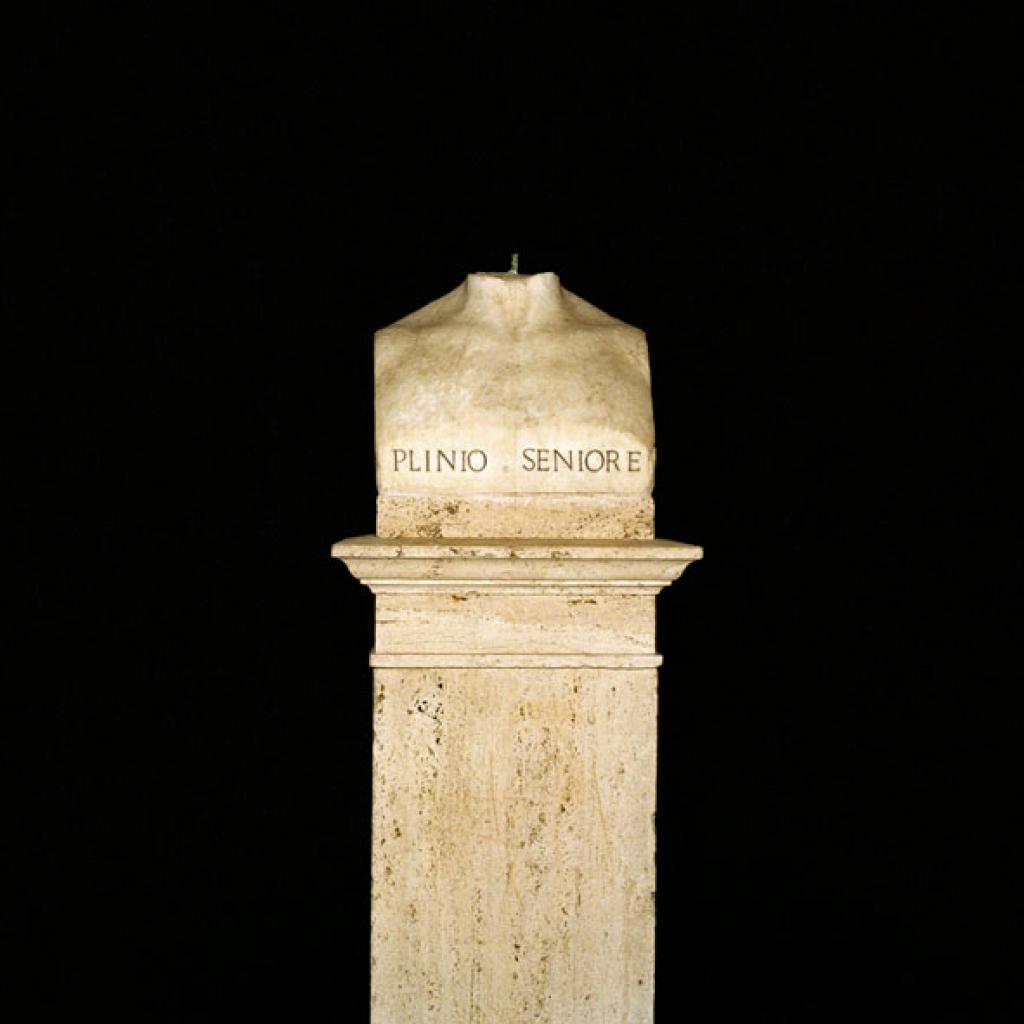 Alberto Peola Gallery exhibits the latest work by Sophy Rickett: Twelve Trees, M40.
The pictures in the series Twelve Trees were taken during repeated visits over the course of a year to the same location, a car park of a motorway service station.

Each image shows a single tree against a perfect black background and is picked out using a studio flash set up. In this series, the photography studio has been transferred outside to the site itself and expanded to accommodate and adapt to the setting of the trees. By transferring the studio to the location any inconsistencies and irregularities of this outdoor location have been smoothed out or regulated.
This acts as a formal device and conceptual one, formalising each individual tree and also de-contextualising them - isolating them from their surroundings (the car park of a motorway service station). In some way this seems to heighten the 'individuality' of each tree, monumentalising it through a celebration and scrutiny of the minute details that make this one unique and separate from every other one. At the same time, by focusing on the peculiar characteristics that define the species, there is also a sense of the trees losing their 'individuality', which runs through this series.They become members of a species, in no way individual or unique, rather an example of a certain type of tree – in purely biological terms, a specimen.
Sophy Rickett is interested in this cross over: in the ambiguity of the boundaries between the poetic, romanticised interpretation of the trees - the heightened romanticism of a portrayal where they seem to glow against the void - like blackness of their surroundings, - and a more scientific grid-like portrayal that invites scrutiny and objective comparisons.