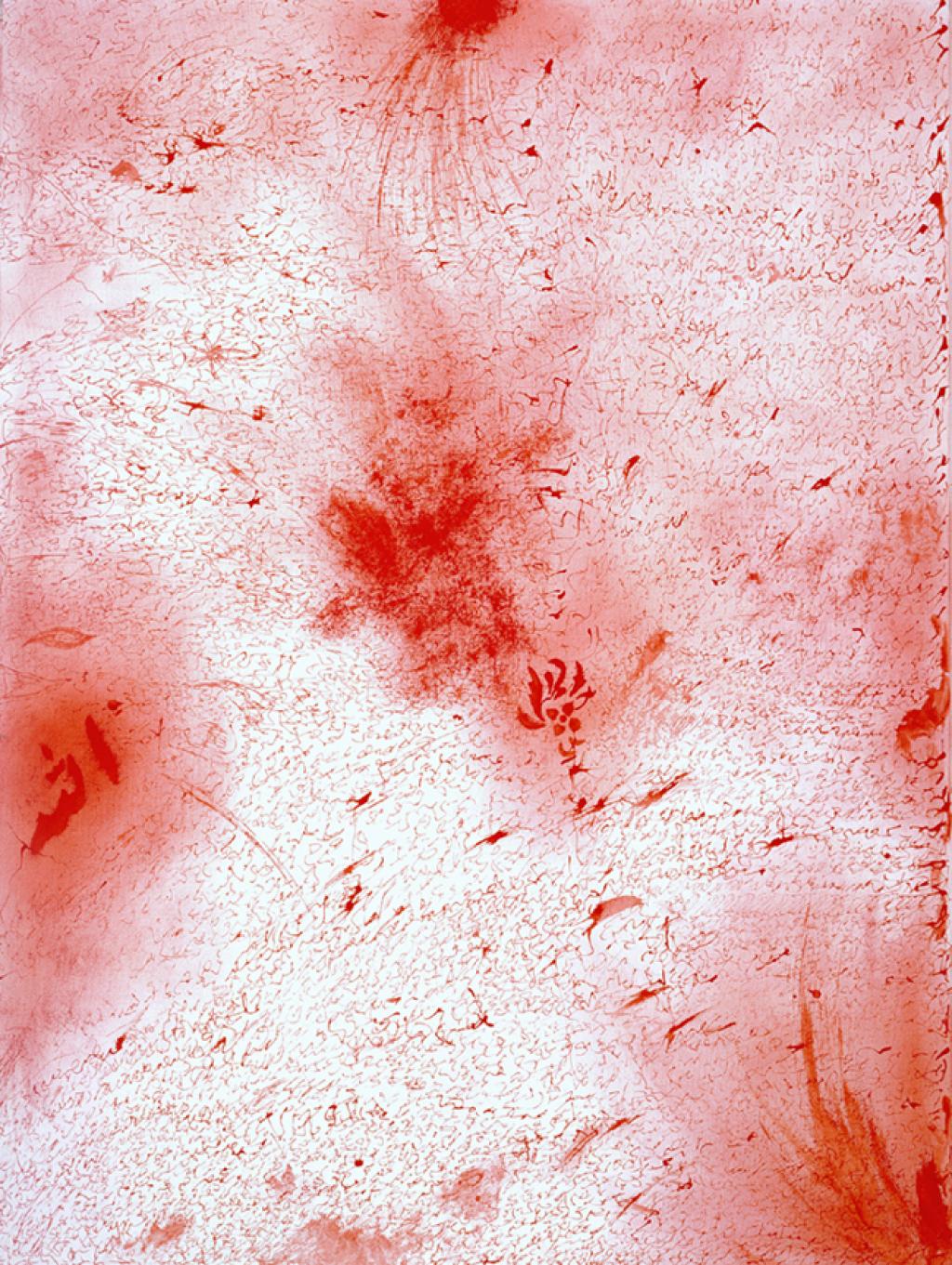 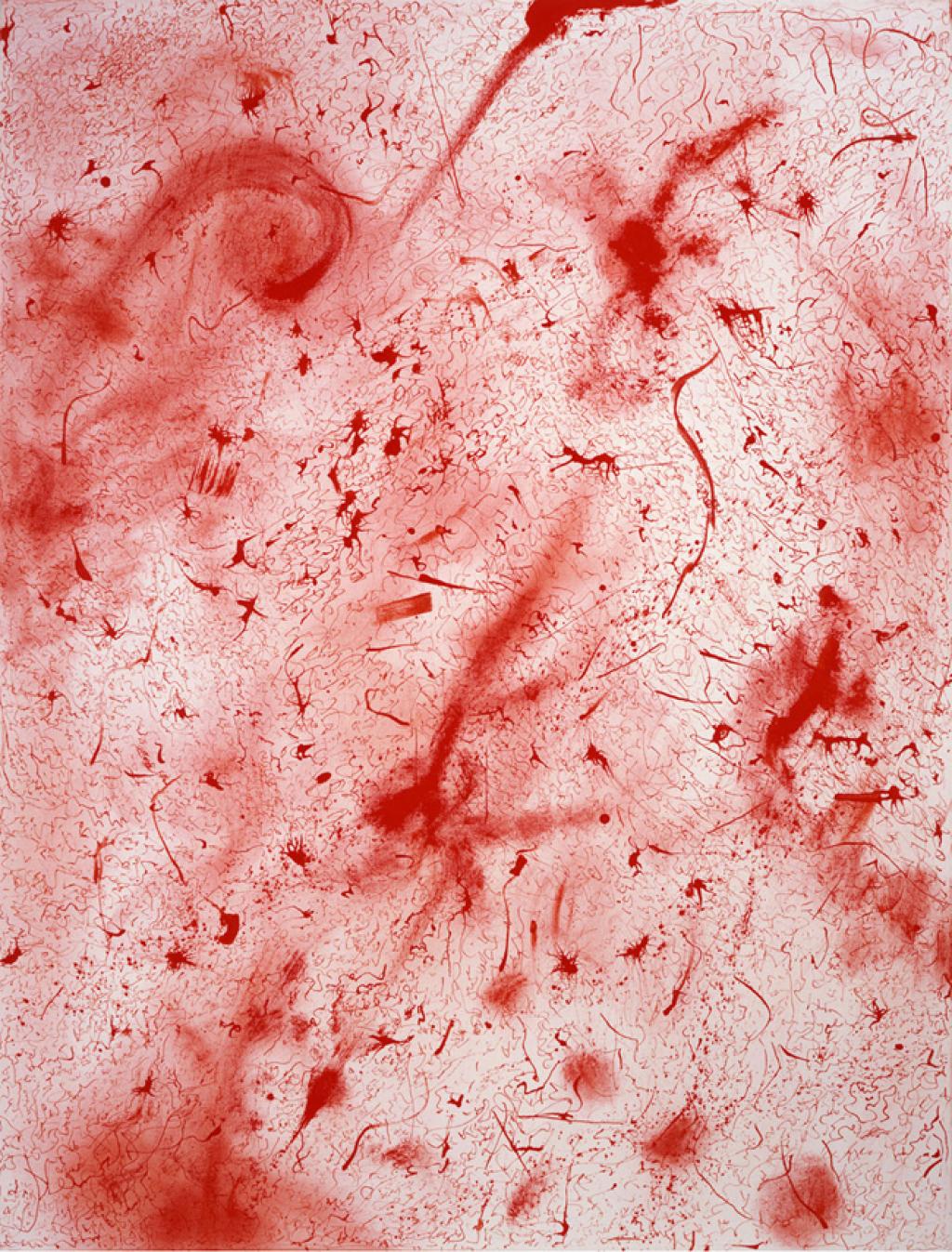 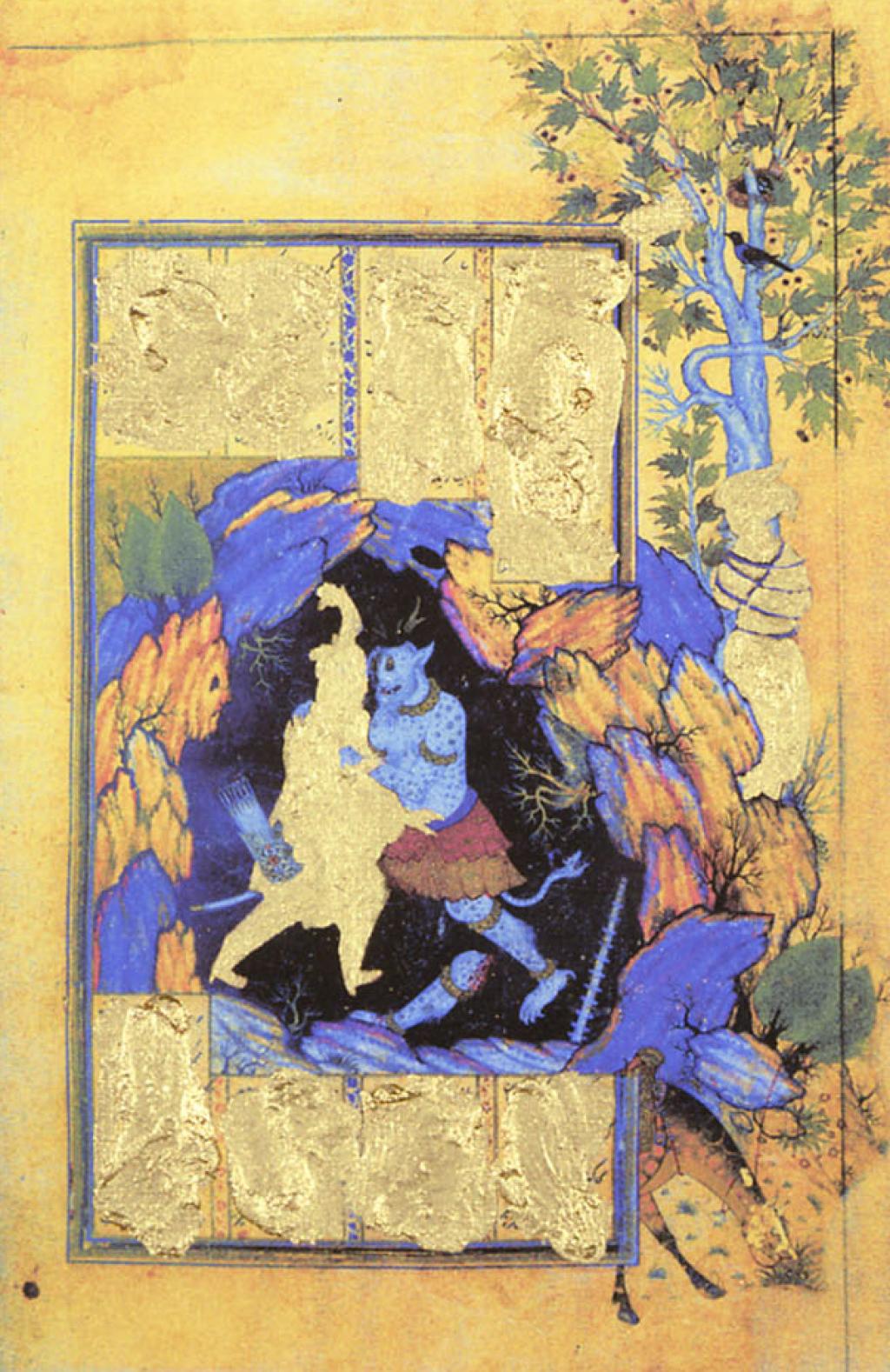 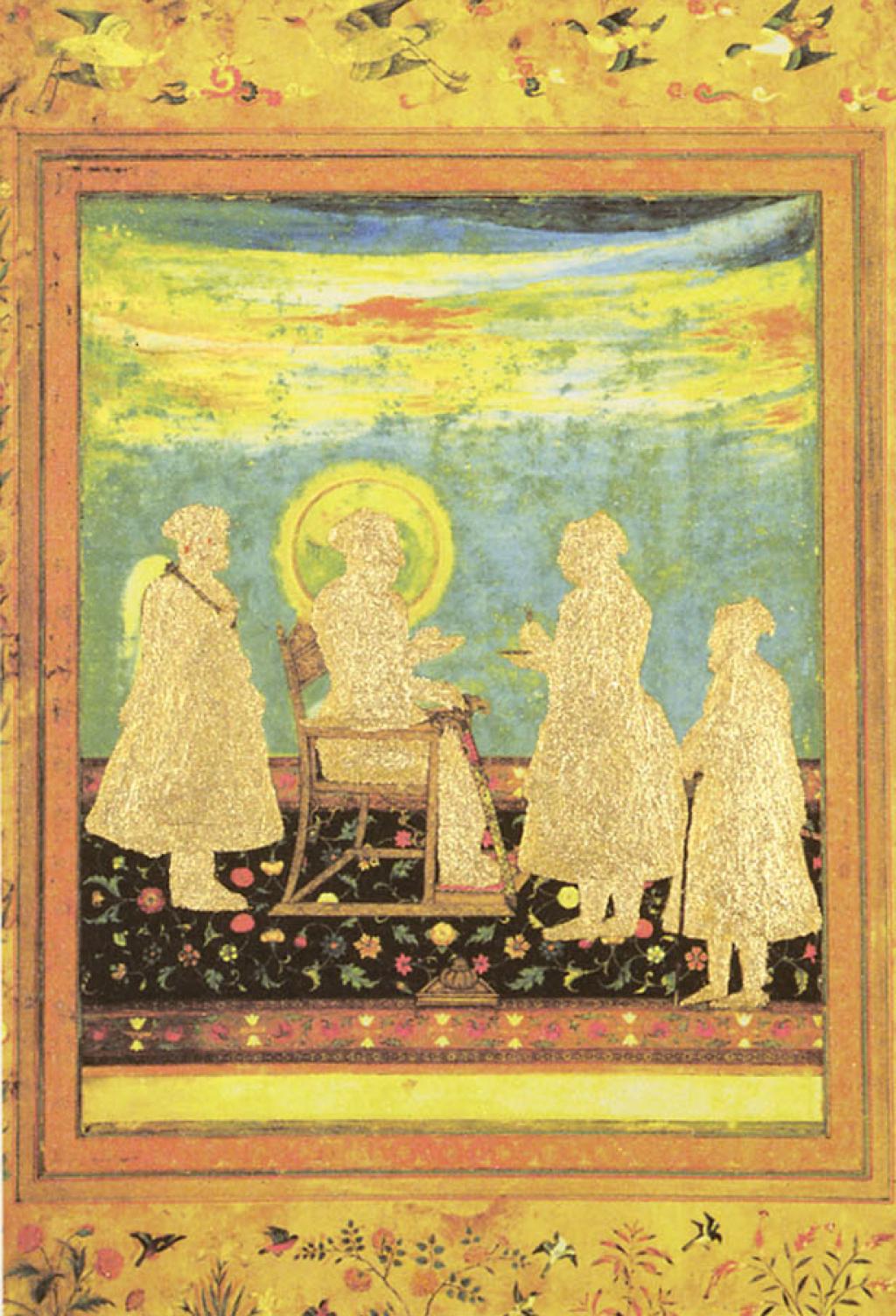 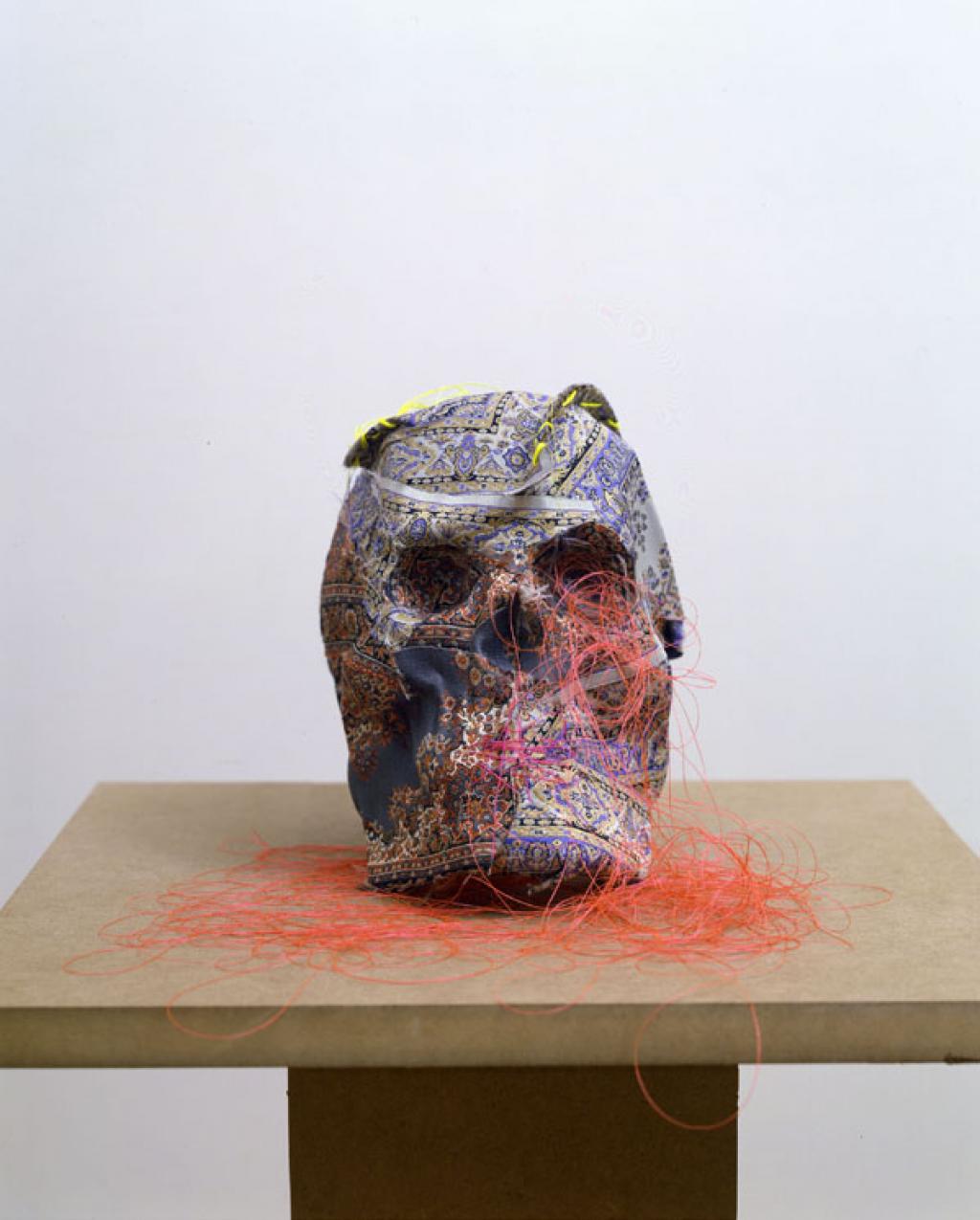 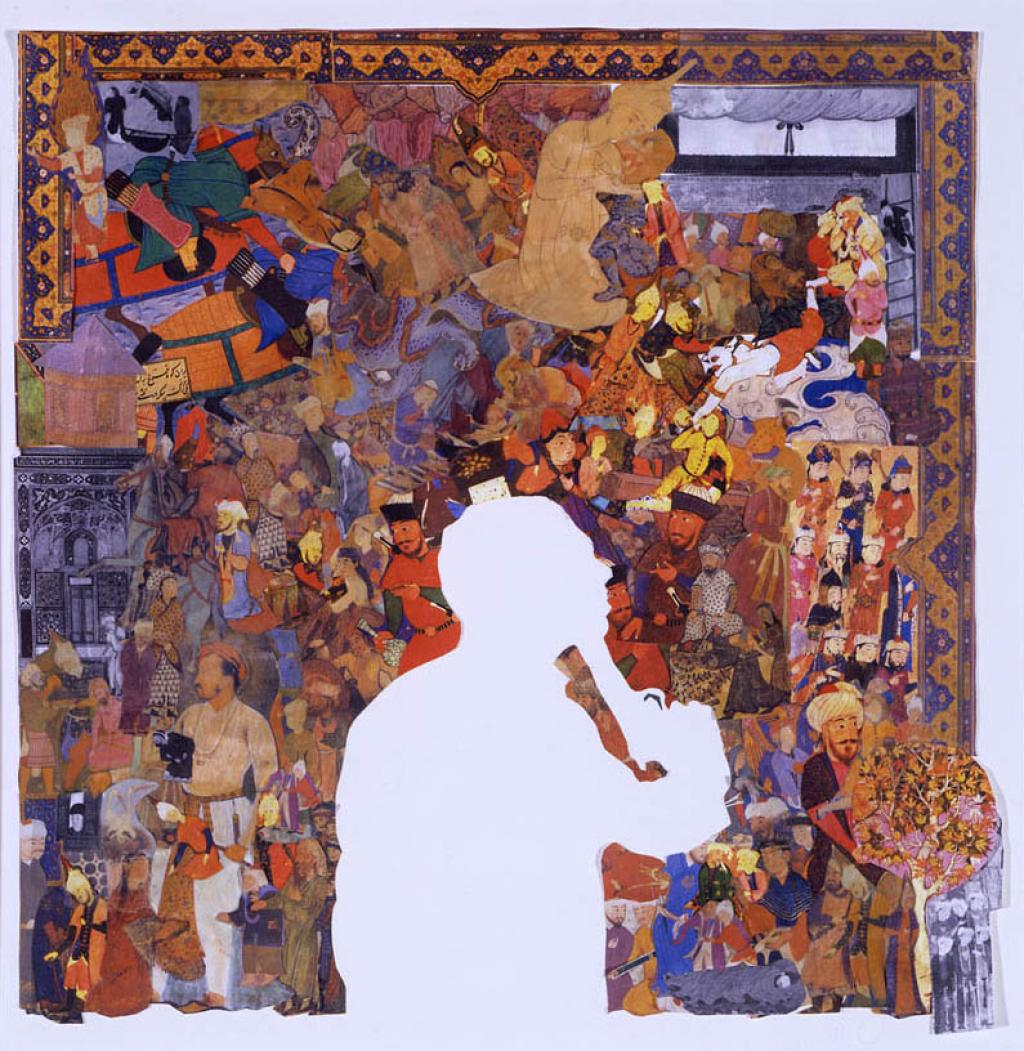 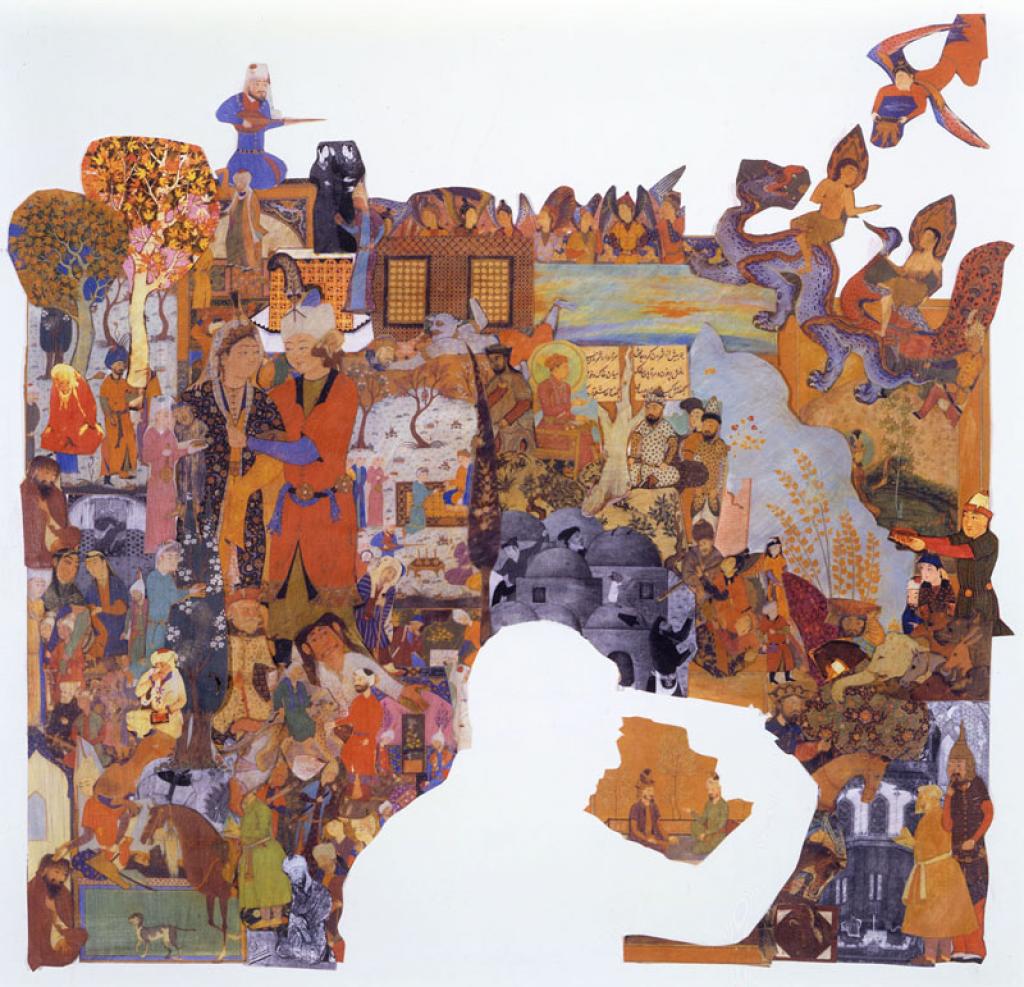 Alberto Peola Gallery presents the first one-man shown in Italy of work byAndisheh Avini, an American artist of Iranian extraction.
Born and raised in New York, Avini has remained closely attached to his Persian roots. He reads and writes Farsi, and travelled to Iran many times during his infancy and childhood. A recurrent theme in his work is the idea of identity and lack of identity, which stems from his personal standpoint where he embraces two often diverging cultures, Persian and American.

Although he is not a practising Muslim, Avini is interested in many of its themes, which provide him with a source of ideas to explore within art. One of these is the idea of anonymity: Muslims believe that the face and the description of a person are not important; this is why you never find images of the prophet Mahomet.
The theme of anonymity led the artist to begin producing a series of silhouettes and anonymous portraits, which were later followed by a series of calligraphic paintings. The fact that depicting people and their faces is forbidden has made calligraphy the most important art form in the Islamic world. While respecting this tradition, using the Farsi writing style, Avini has managed to create very expressive and cathartic pieces. The means and the act of writing are more important to him than the message. His work unfurls like streams of consciousness and soliloquies, "When I begin one piece, I can't stop until it is finished," he comments.
The Calligraphic paintings on show - red writing on a white canvas - are produced using sheep's blood mixed with pigments. The sheep's blood stands for sacrifice. And calligraphy is itself a great sacrifice, growing as it does out of a form of censorship.
A series of miniatures heightens our consideration of the meaning of anonymity. Beginning with inkjet prints, Avini paints over all the human details and all the passages that describe them by progressively removing layers. What remains are mysterious landscapes and figures whose words and actions we are left to conjecture.
The sculptures of the skulls recall the same theme. We cannot say who they were or what they did. They are simply the remains of those they once were - in death we are all alike. Avini refers to his own death repeatedly in the series of suicide portraits. Here art offers him the chance to contemplate it and control the obsession that it stirs within him.
Skulls are very powerful images that send the mind wandering. Avini's skulls are finely covered with decorative elements from Iranian patterns. In fact, he draws on this extraordinary wealth of designs and colours, cutting and juxtaposing them and covering his ideas of art with them.