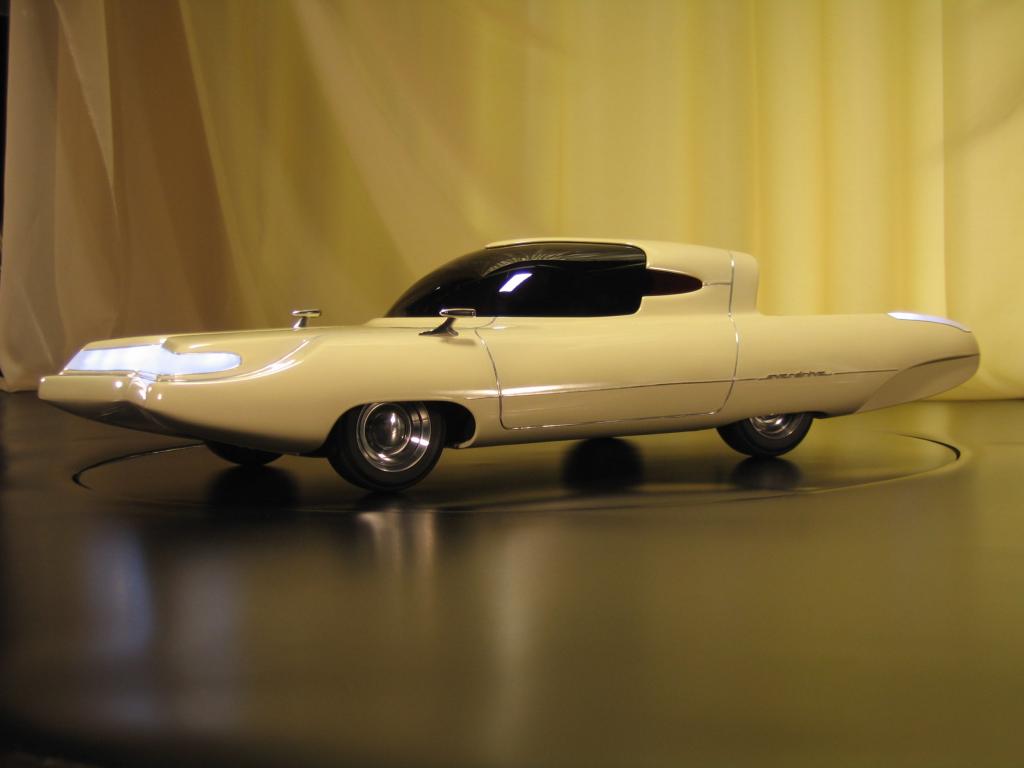 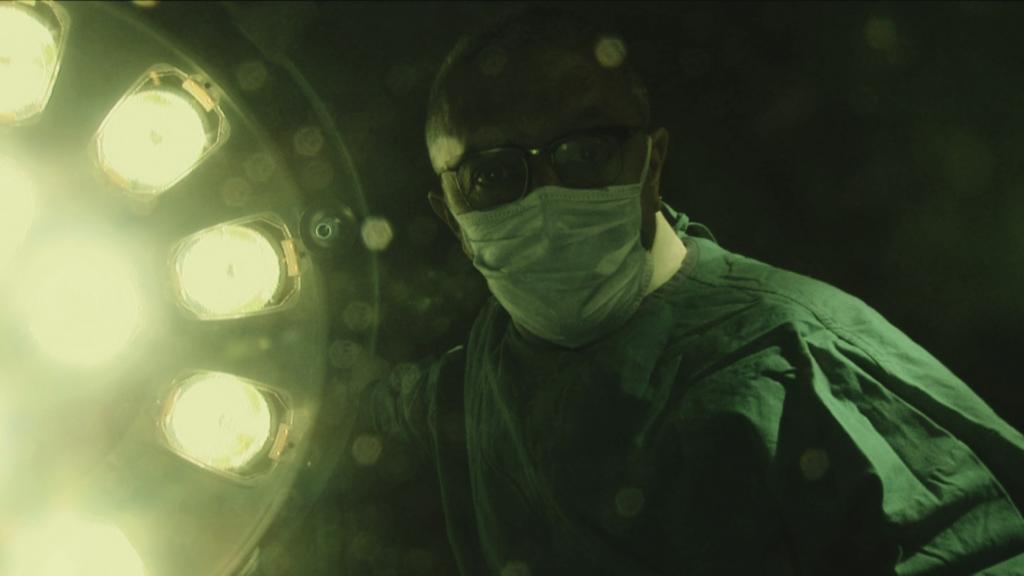 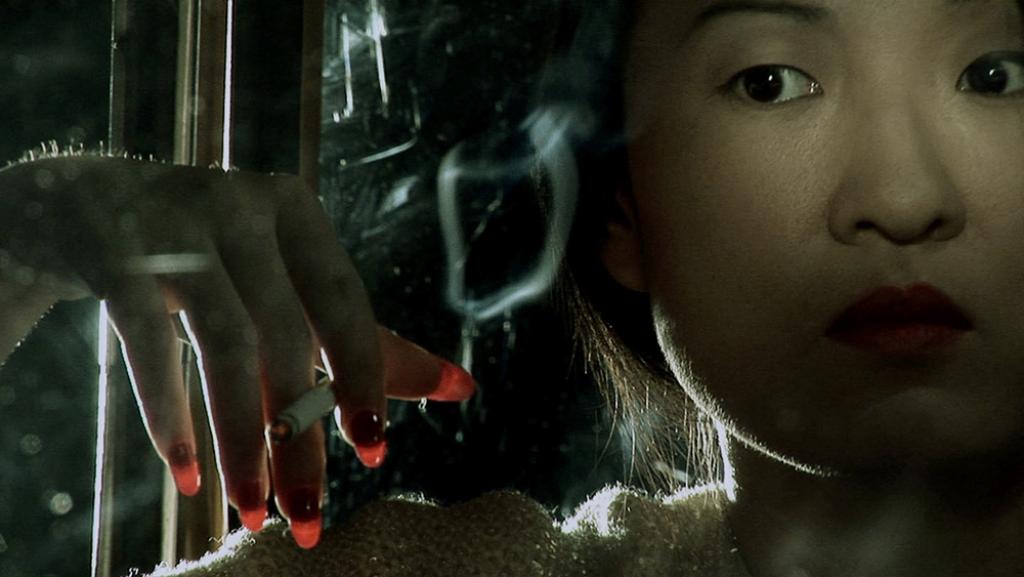 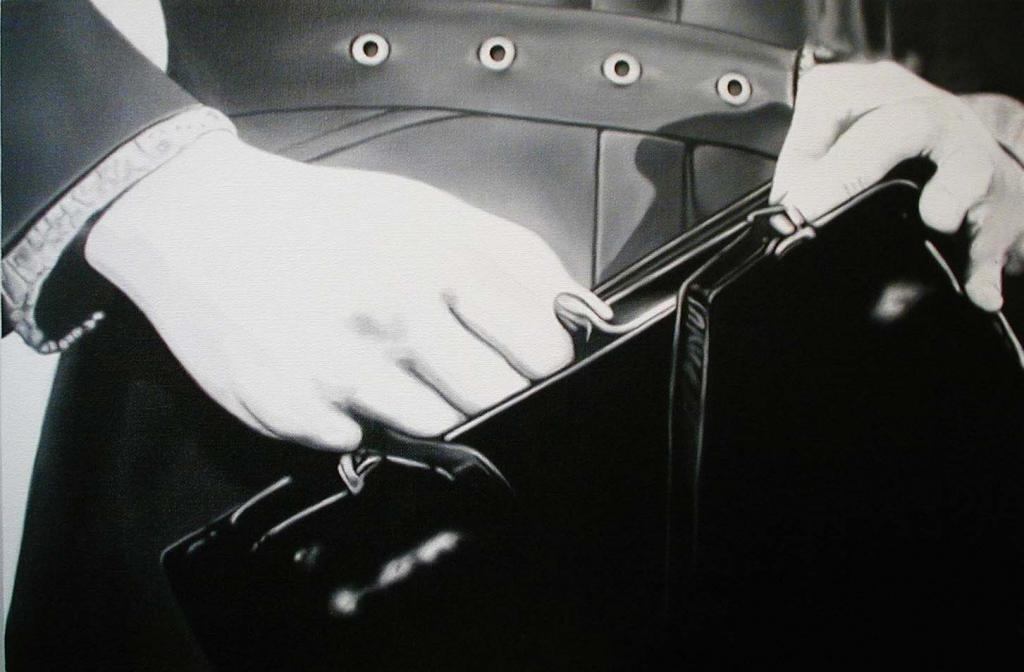 The centrepiece of the one-man show of work by Thorsten Kirchhoff is Overdrive, an 8 min short film by the artist. This, his latest film, is a sort of beefed-up trailer for a full-length version to be made by the artist and Jacopo Chessa, from Turin. Together they have written the treatment from which this condensed version has been produced.
The story makes you think of a sci-fi version of Kafka's The Trial, or a James Bond spy story written by Camus, in a world populated more by cars than by people.

An unexplainable illness brings Chang (played by Chessa), after a long medical odyssey, into contact with a certain Dr Hoffmann and a mysterious organisation, the Ministry for Health and Transport (MHT). Chang's initial reassurance upon meeting the doctor soon vanishes into thin air when he discovers the MHT is planning to create a car/person, experimenting with his very own body. With the help of a beautiful Chinese girl, Chang struggles desperately to escape, only to end up once again in the deadly hands of Hoffmann.

Until recently Thorsten Kirchhoff has always used stills from other people's films as a starting point for his three-dimensional paintings. This time, however, as was the case with his short film Una serata con il Dottor Hoffmann (2001, 16 min, b/w), the stills from Overdrive are reproduced in the oil paintings, also inspiring the installations that recall the settings and atmosphere of the story. Alongside the familiar references to titles, situations and characters by his favourite directors, that have until now always coexisted in the work of Kirchhoff, characters that he has created make a appearance in this exhibition: Dr Hoffman reappears, as does the Kafkaesque character who stared in My Dear Thorndike(1997, 3:51min, b/w), all inhabiting that same seedy, claustrophobic world riddled with close-up investigations.
A second exhibition focusing on Overdrive is due to take place at the Lucas Schoormans gallery in New York at the end of October.

Thorsten Kirchhoff was born in 1960 in Copenhagen (DK). He lives and works in Rome.