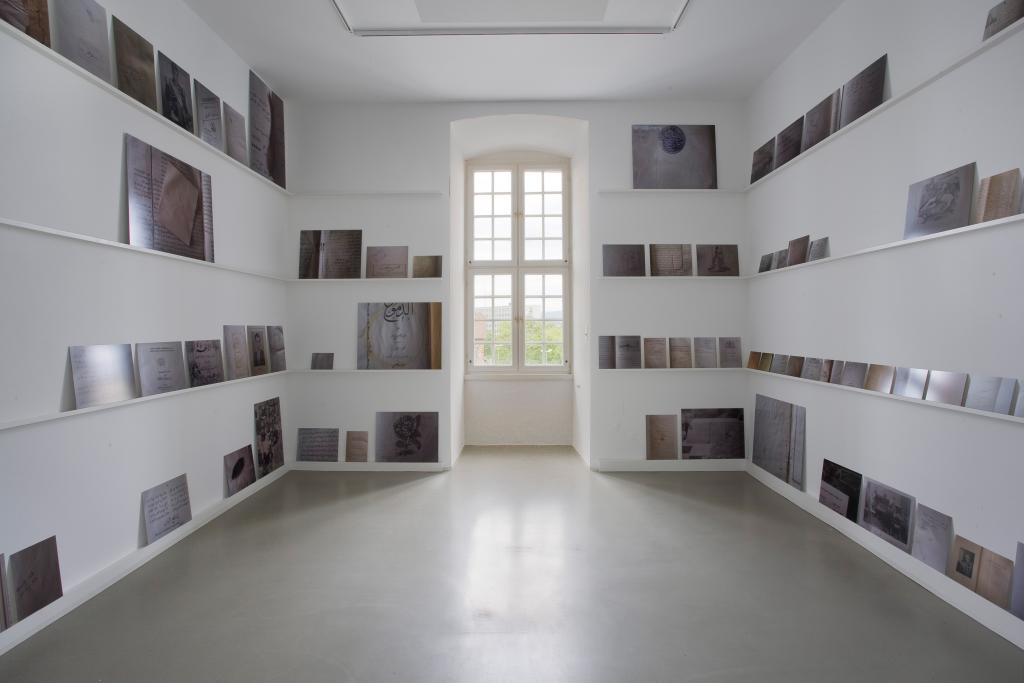 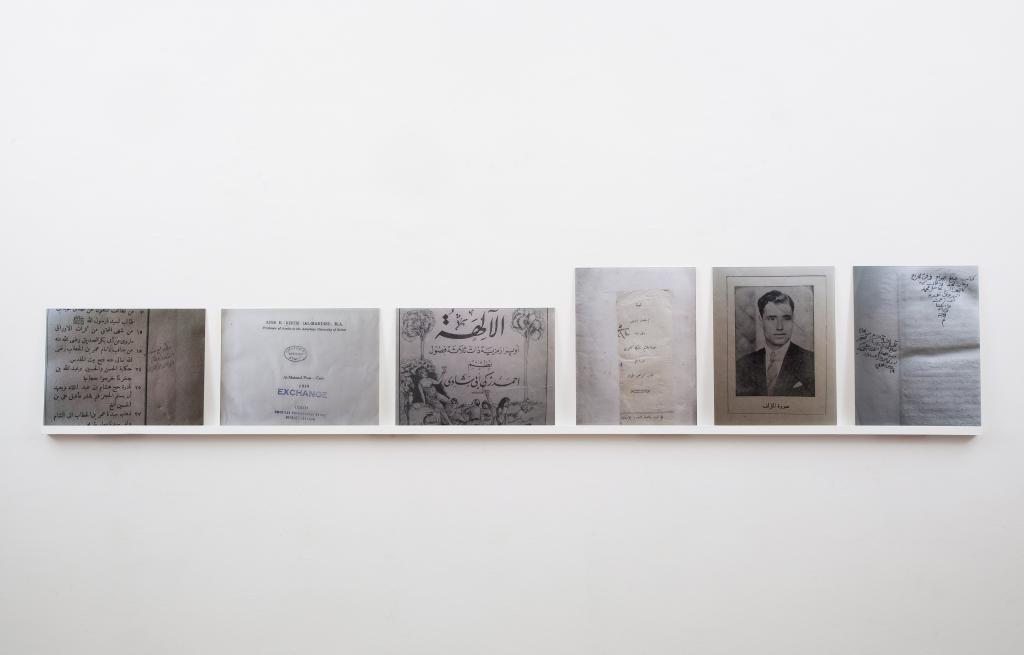 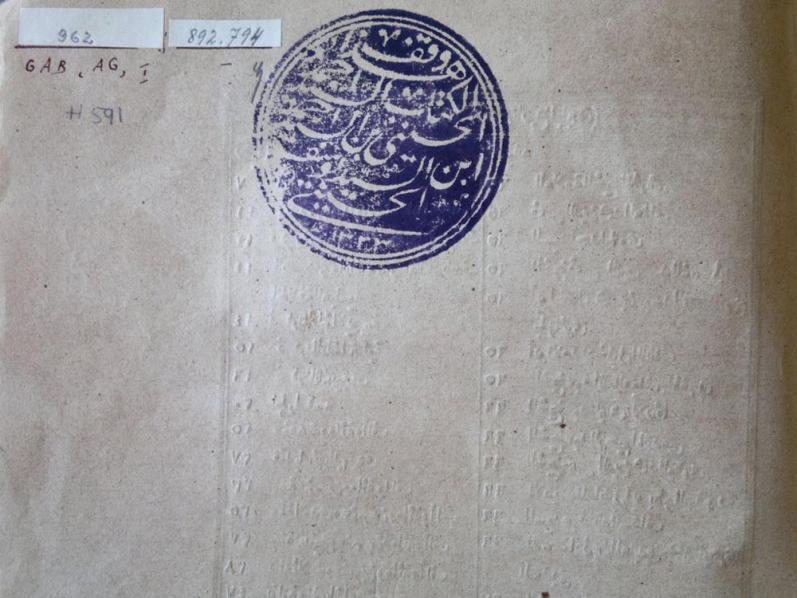 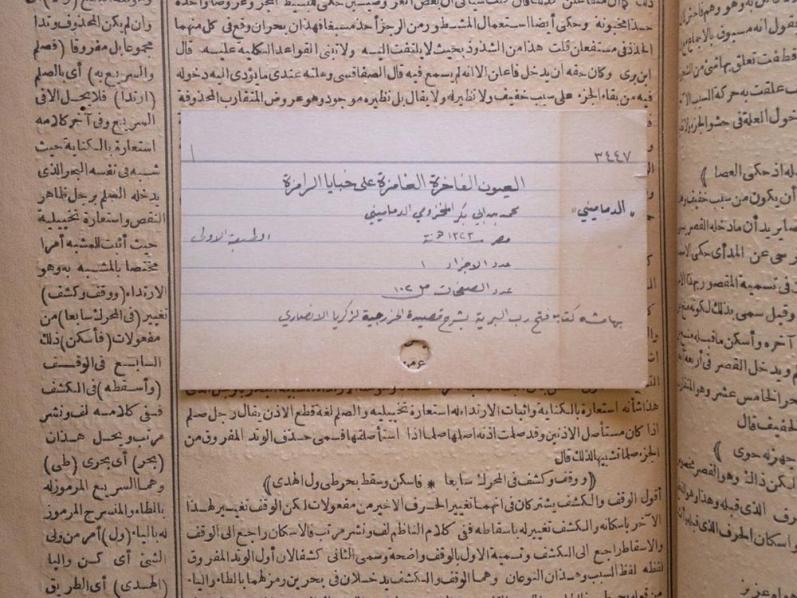 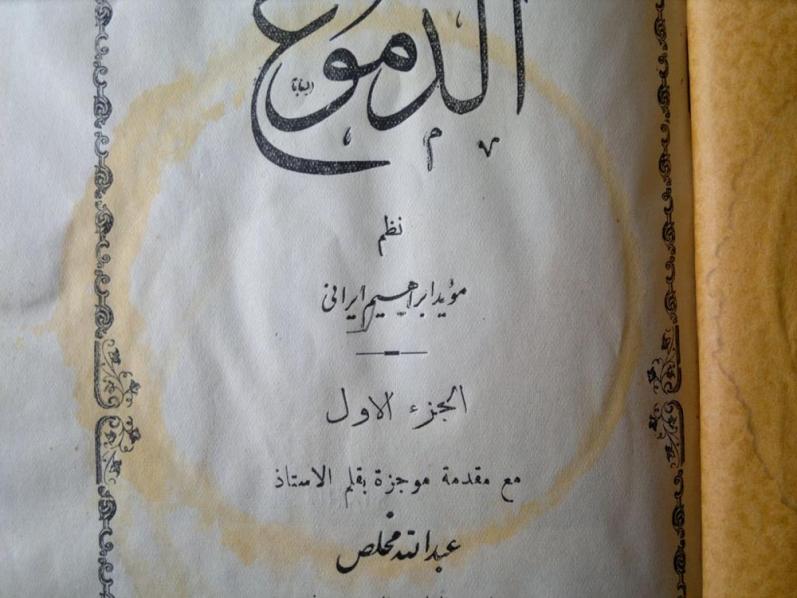 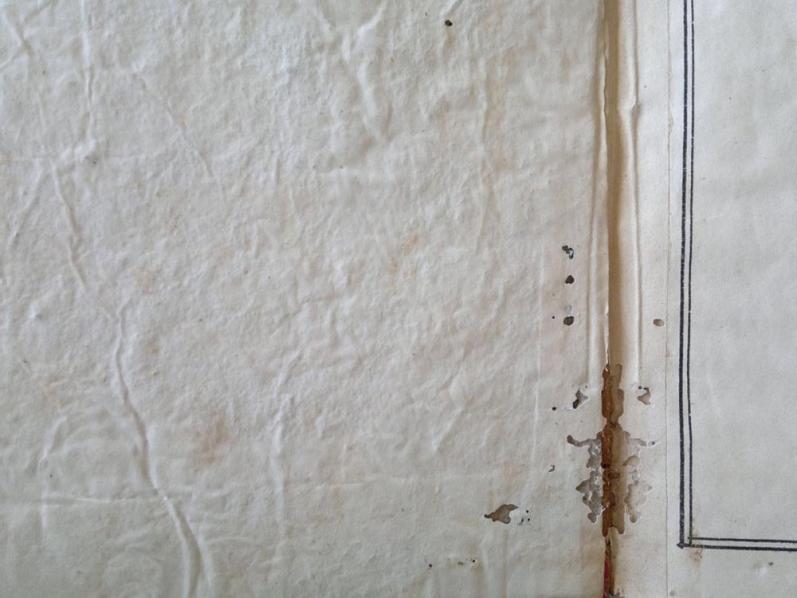 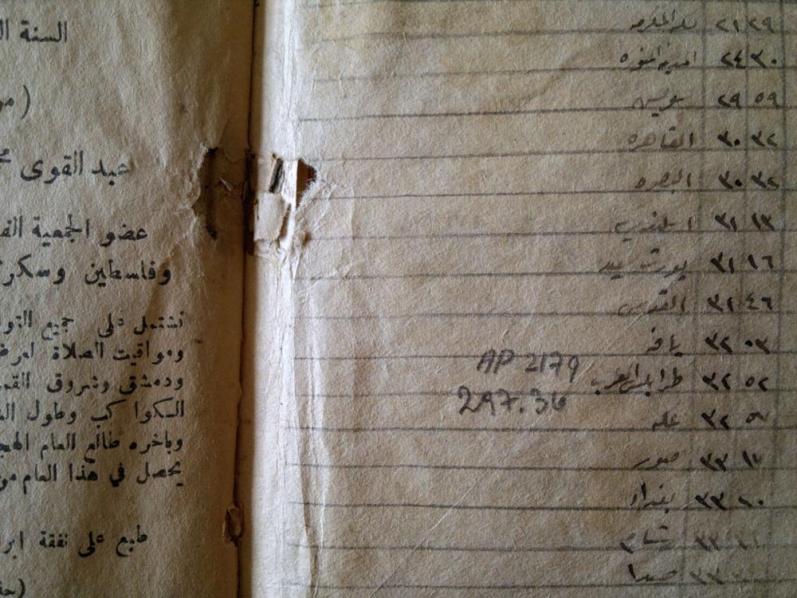 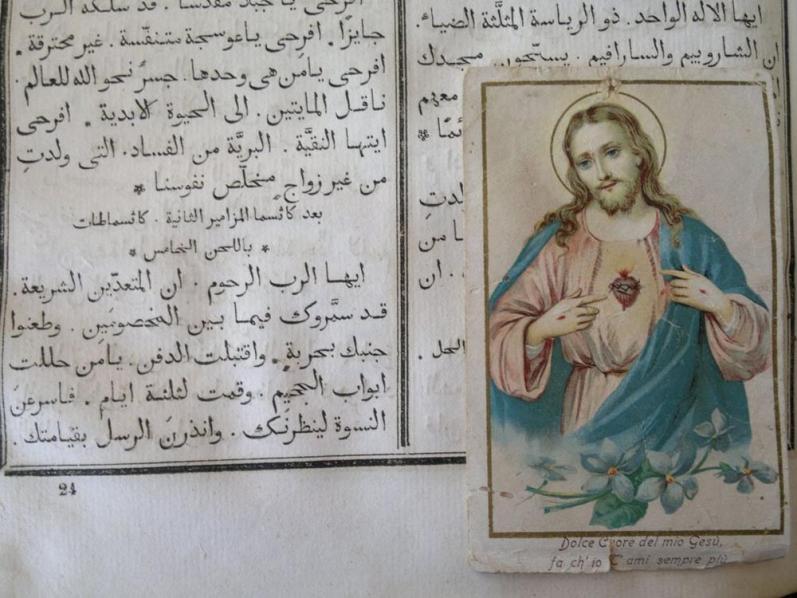 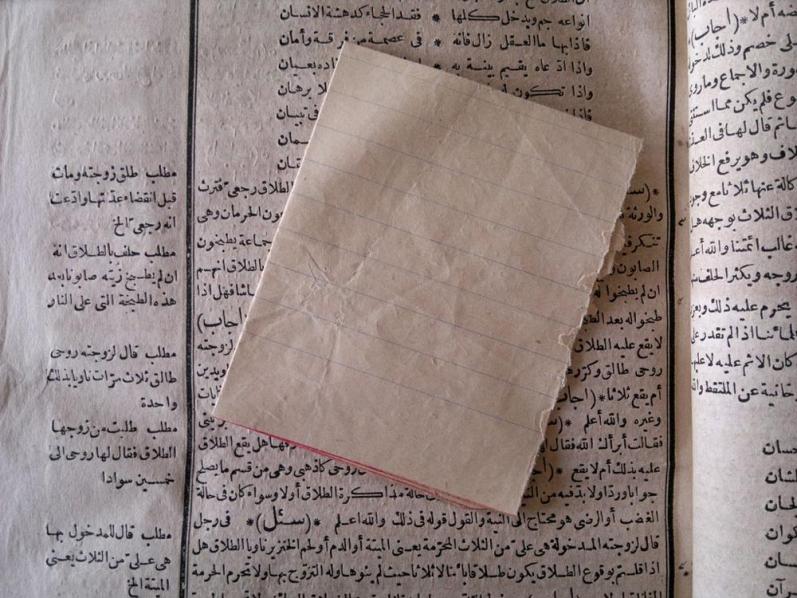 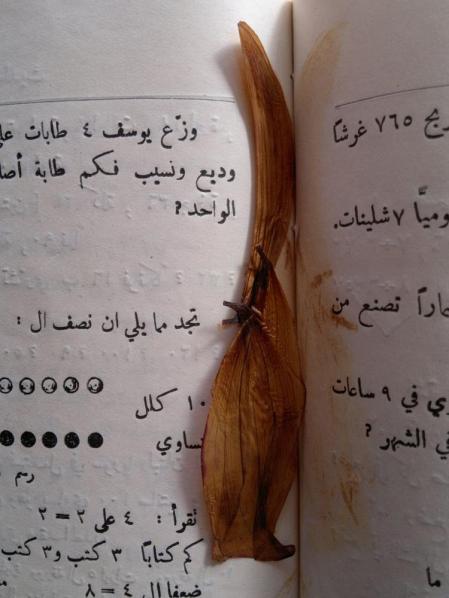 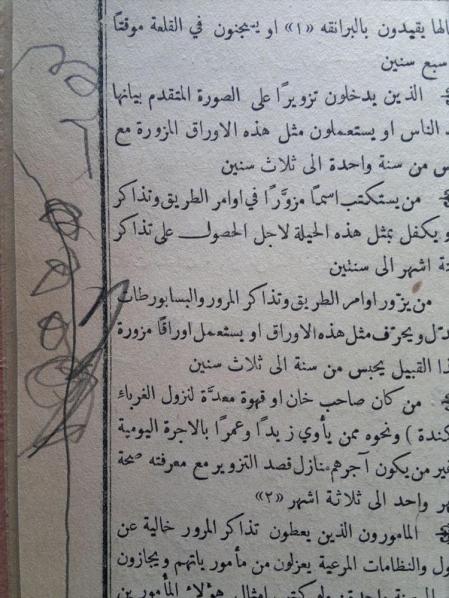 Alberto Peola is pleased to present selections from ex libris, the installation by Emily Jacir at dOCUMENTA(13), 2012.
ex libris (2010-2012) commemorates the approximately thirty thousand books belonging to Palestinian homes, libraries, institutions that were looted by Israeli authorities in 1948. Six thousand of these books are kept and catalogued at the Jewish National and University Library in Jerusalem under the designation “A.P.” (Abandoned Property).

«I took photographs of these books with my cell phone Nokia N8 during repeated visits to the library. During the first visits I was focused on documenting inscriptions in the books, and in particular the names of the owners. But slowly, as I worked I became more interested in the small traces left behind in the books… stains, scribbles, marginalia, scraps of paper. I also went through all the books on the shelves of the library’s Oriental Reading Room, searching for any that had been assimilated into the main library system external to the “A.P.” designation. For me, an acute detail is that these books were selected , a selection chosen by the colonizer for particular purposes. Which books were deemed unimportant and insignificant and not worth collecting or preserving? Which ones were discarded? What happened to the books that were in English, Italian, Spanish, etc? Which books bypassed the “A.P.” designation and became part of the library’s general collections?
During site visits to Kassel I visited the Murhard Library, where I saw the remains of books that were severely damaged when the Fridericianum, housing the library of the Landgraves of Hesse-Kassel, was bombed in 1941. According to the librarian sixty to eighty bombs hit the Fridericianum but not one bomb hit the tower. I did a lot of research on the region of Hesse during the period when it belonged to the American zone of occupation. In particular, on the work of the Monuments, Fine Arts and Archives officers and their efforts at the Offenbach Archival Depot, where the biggest book restitution project in history took place. On May 1, 1946 Offenbach was designated as the sole archival depot in the American zone of occupation for the handling of looted books and archives. (Offenbach, interestingly, was the center of European typography at one point)».

Books, libraries and the question of translation recur in many projects by Emily Jacir - Untitled (books), 2000; Material for a film, 2007. ex libris focuses on the strong relationship between the books and the land as well as notion of custodianship and preservation. This project not only addresses the looting and destruction of books but also raises question regarding repatriation and restitution. The fate shared by all the books “A.P.” is that they survived further destruction through pre-selection, but restitution of Palestinian property has yet to take place.