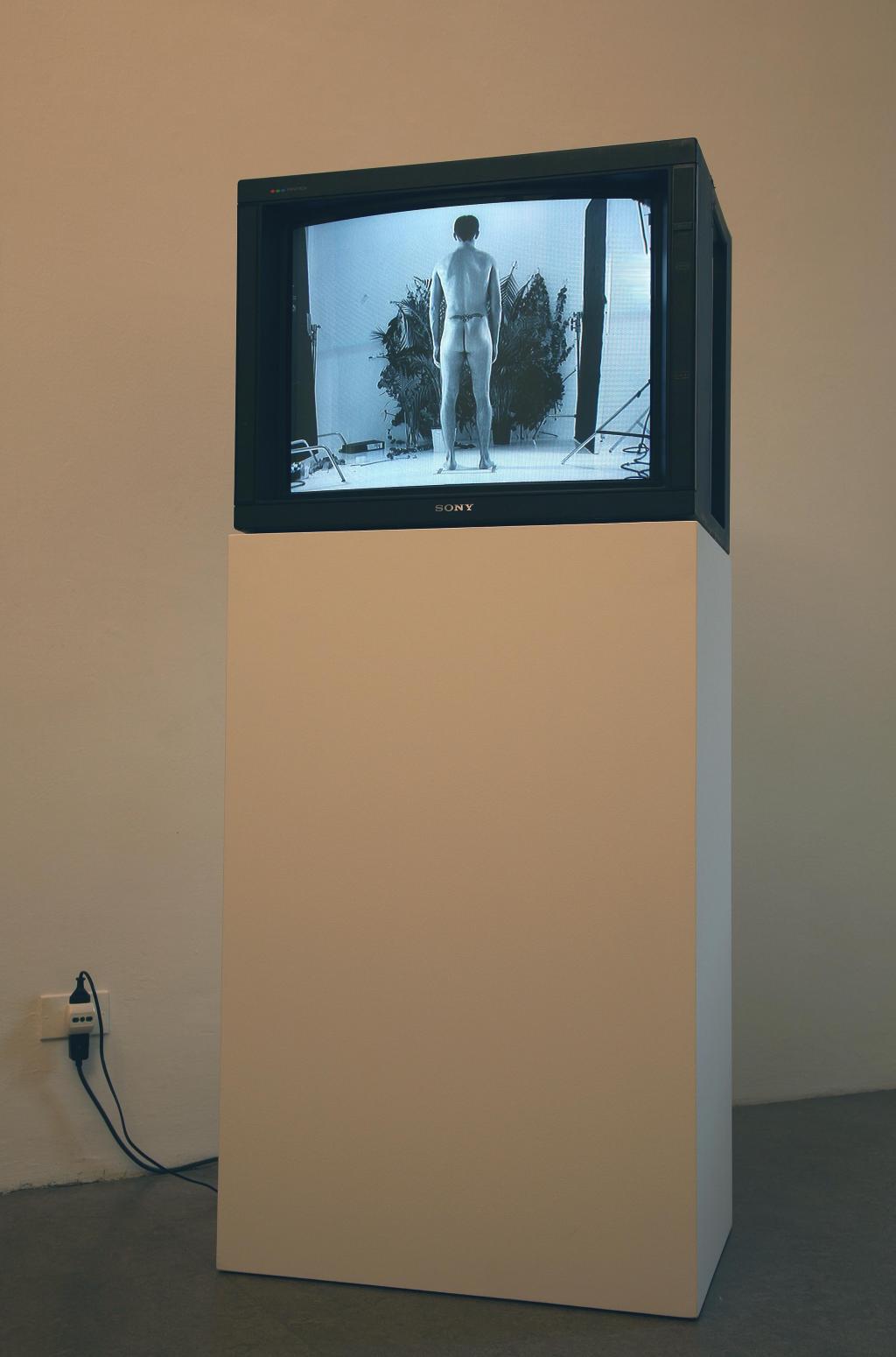 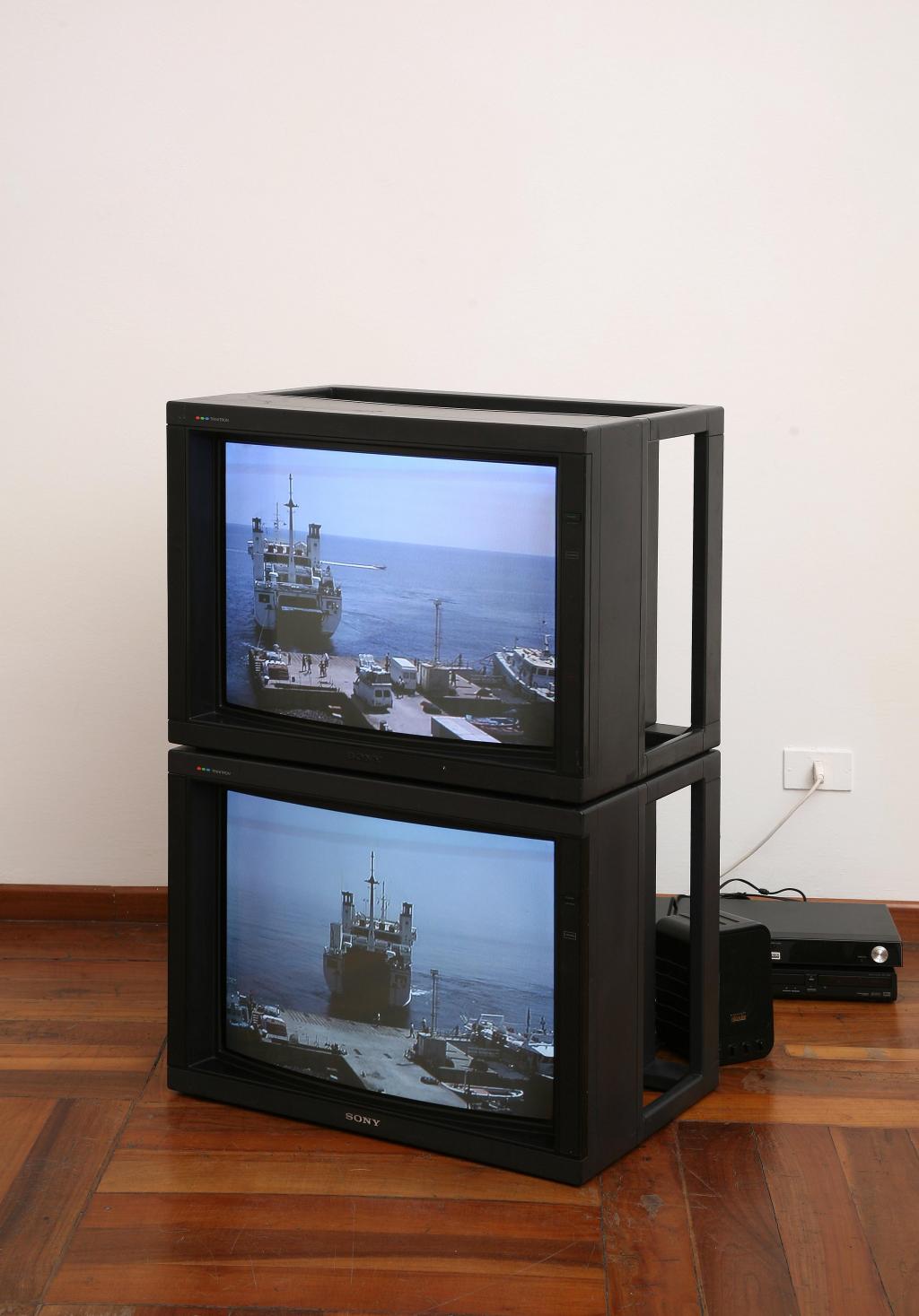 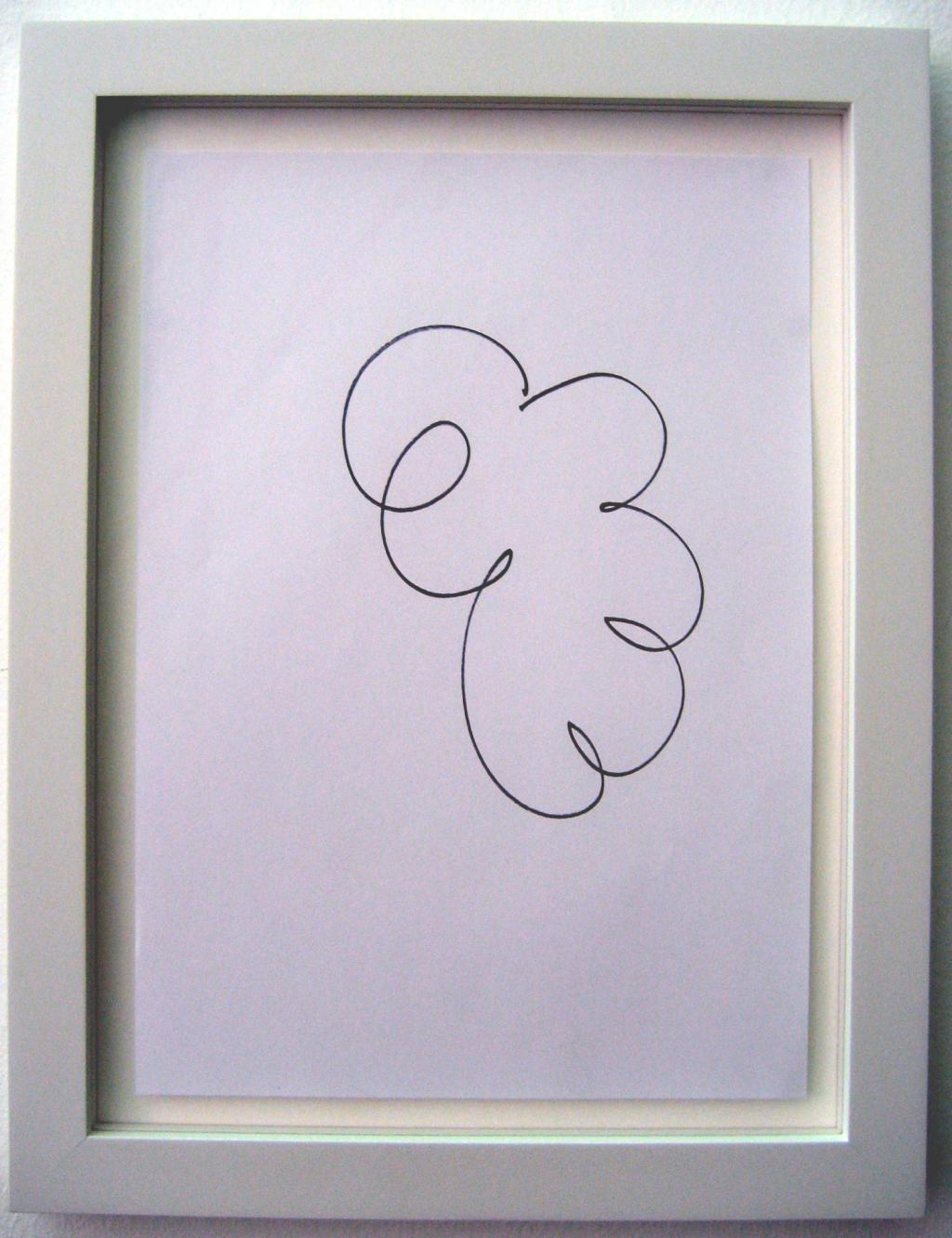 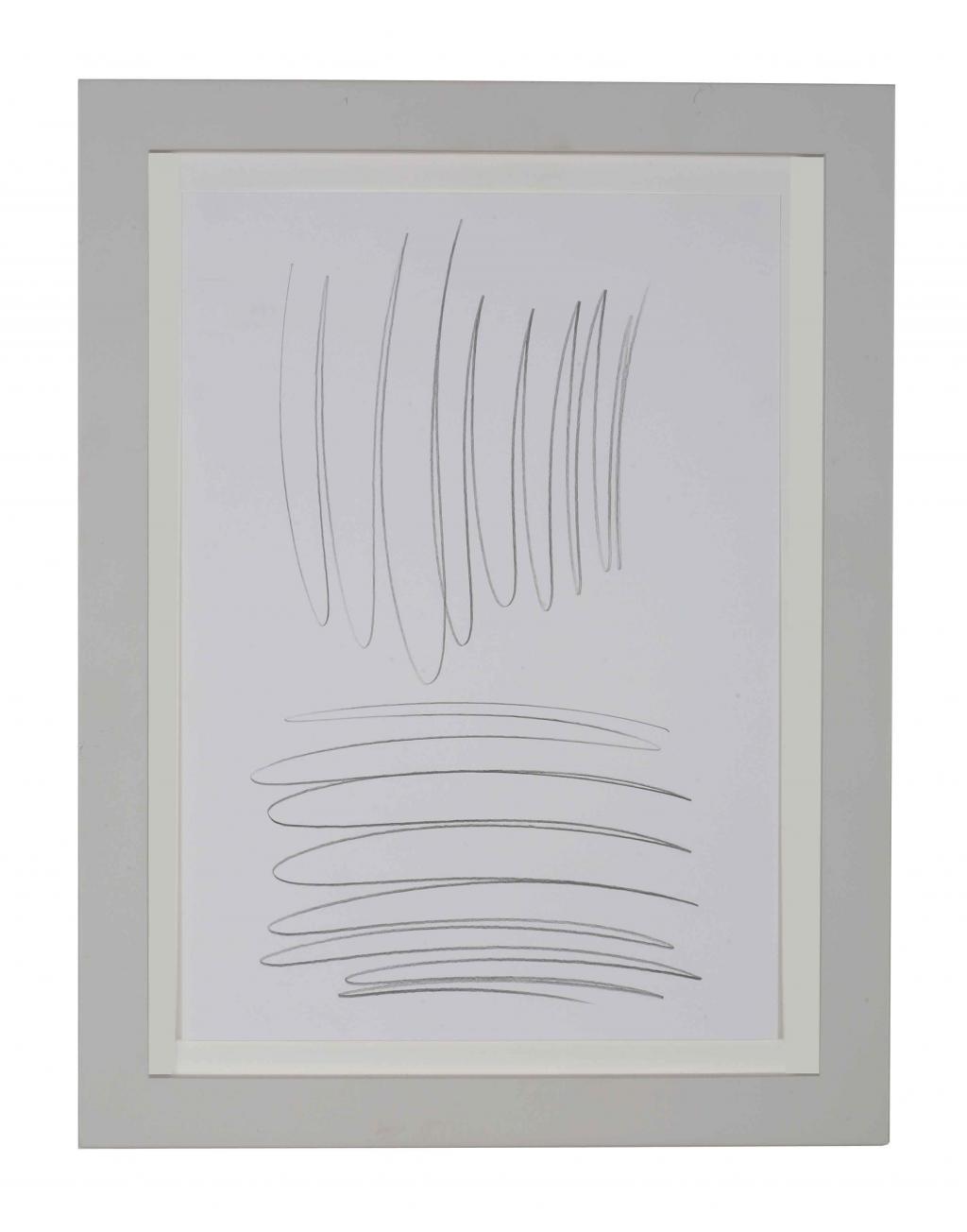 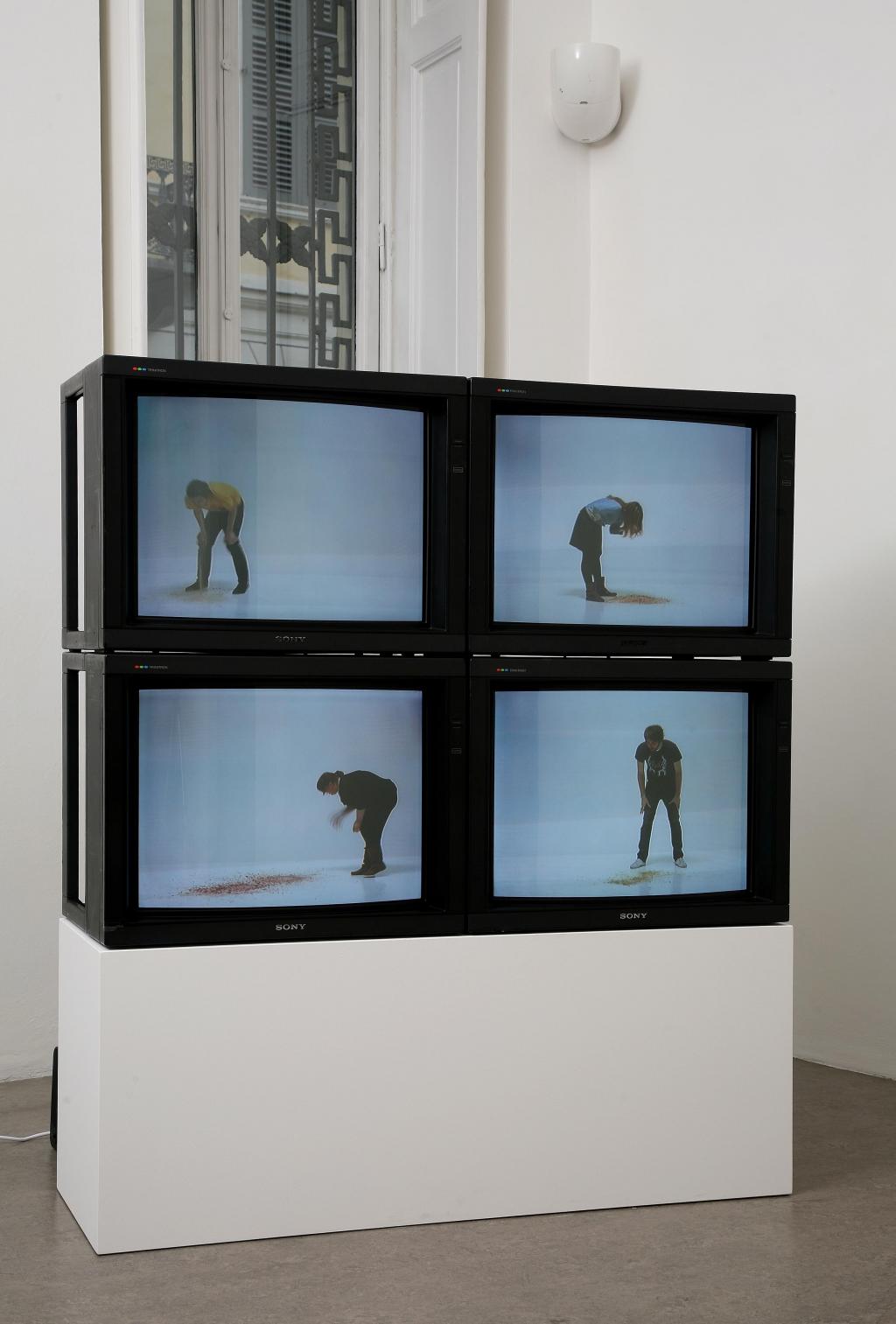 In Sick Film what prompted you to film people vomiting?
I've been doing a lot of talks lately and the idea came from trying to talk about working - turning feelings, thoughts, desires, hopes and ideas into something to show other people. Vomiting is a good example of trying to get something from the inside out; its painful and making work can be painful too; its also uncontrollable. I want to make work that is more like a vomit than a rumination. I always try to control things, but a lot of good things are found in the uncontrollable moments of life. Thinking gets in the way so often; it checks you and stops you expressing yourself freely. Vomiting is a very simple form of expression; its a reflex that bypasses the thinking process and, since I made the film, I've been thinking a lot about acting. I find myself repeating myself, because its so difficult to make things fresh each time. The Sick Film is an attempt to make a fresh thing never made before - a work without prejudice and without hope.

You have to have hope, don't you?
Working without prejudice and without hope is a good way to protect oneself. If you state your aim then you will be disappointed, but not if you remove hope.

Did people prepare before hand? The guy in the yellow T-shirt, for example, has a bloated stomach as if he has drunk a lot.
The script was clear; it said 'Be sick - do whatever you need to do'. I sought medical advice and was told that people should fill their stomachs, especially with liquid, which is easier to vomit and does less damage. We had a kitchen and a dining area and provided anything people wanted - food, beer and so on.

How carefully did you plan the film?
I did it without thinking about what I would do with the material. I shot it on film (rather than video) because I wanted it to be high quality and the colours and shapes to be well rendered. You saw it in a cinema as a regular film, but there's also a gallery version - a looped clip of one person, rather than ten people seen one after another - designed for a freely moving audience; I like the idea of people being able to come and go. The cinema film is structured so that it has a narrative (the vomit gets more colourful and bigger in volume) and according to the amount of time it took each person between entering and vomiting. I shot 19 people and used ten, because I didn't want the film to be too long and I didn't want any fillers; I wanted each person to be different. The first girl was performing a lot, playing up to the camera. I was sitting next to the camera watching, and I found it uncomfortable - slightly voyeuristic - since, in terms of directing, I had no need to be there.

I saw the trailer for your Shit Film (in which a girl walks onto the set, drops her jeans, squats, pees and defecates, then dresses and walks off). Were you also watching her?
No, it was important to not be watching; it seemed too voyeuristic because it is such a private thing. I built a private set and used an automatic camera, switched on and off from another room; but I had to fight for it, because a lot of people did want to watch.

Was it difficult to find people to take part?
More difficult than the Sick Film, which I did in London mainly with students. I filmed the Shit Film with actors in LA; I shot it a year ago, but I haven't yet decided what to do with the material. I need to think about it.