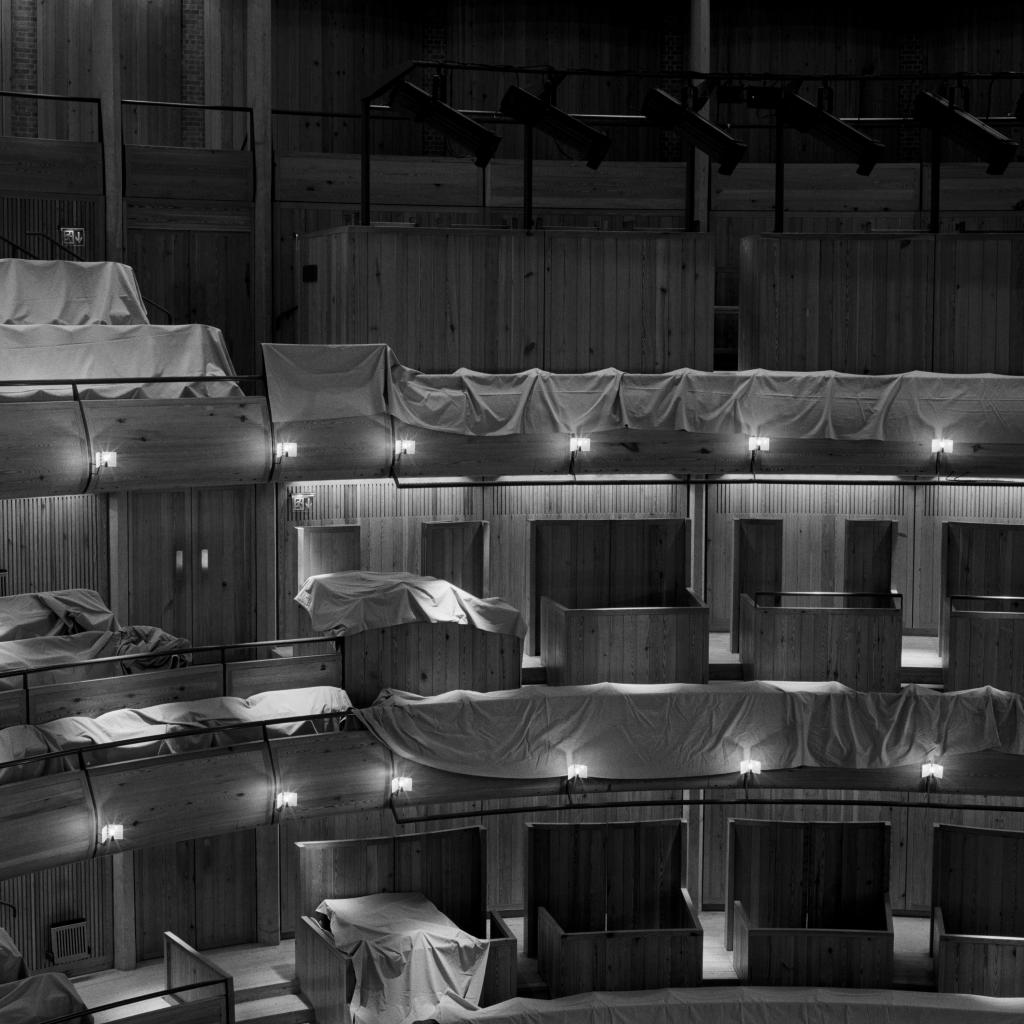 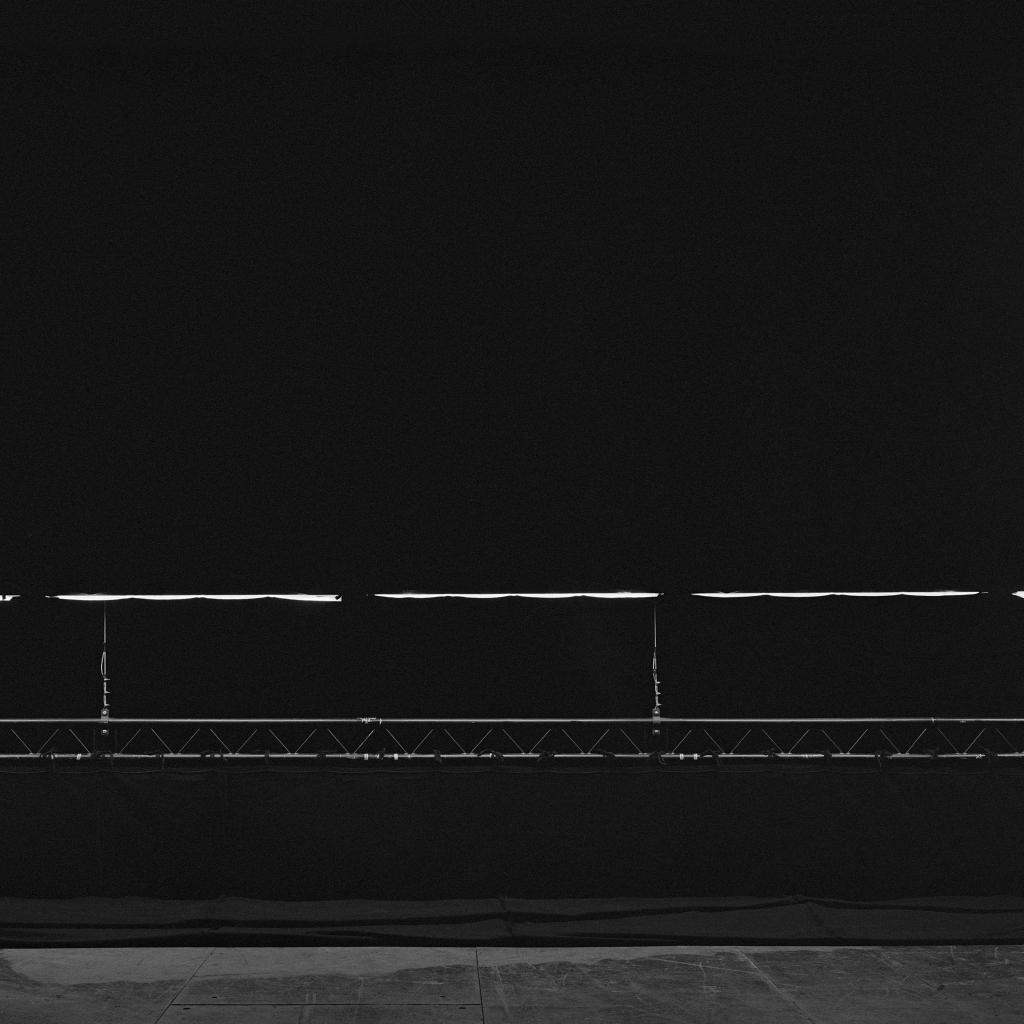 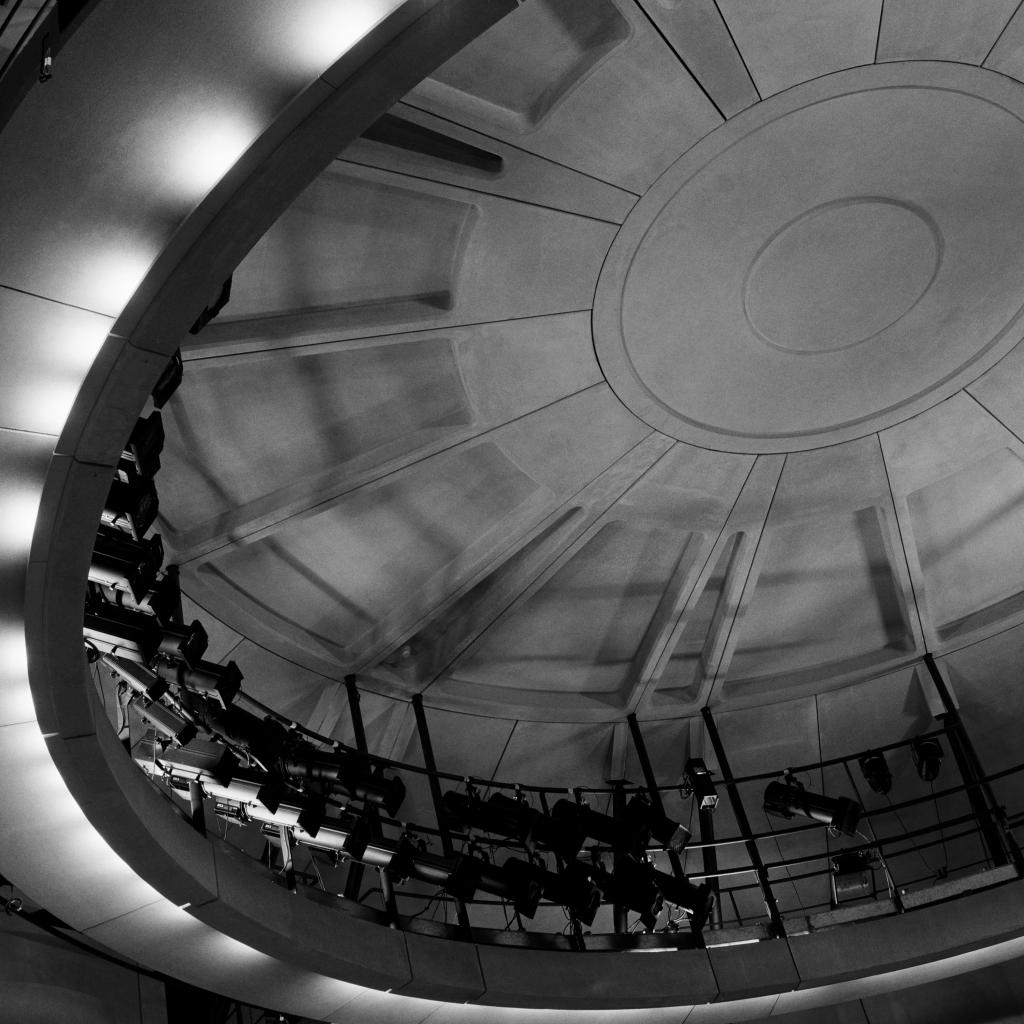 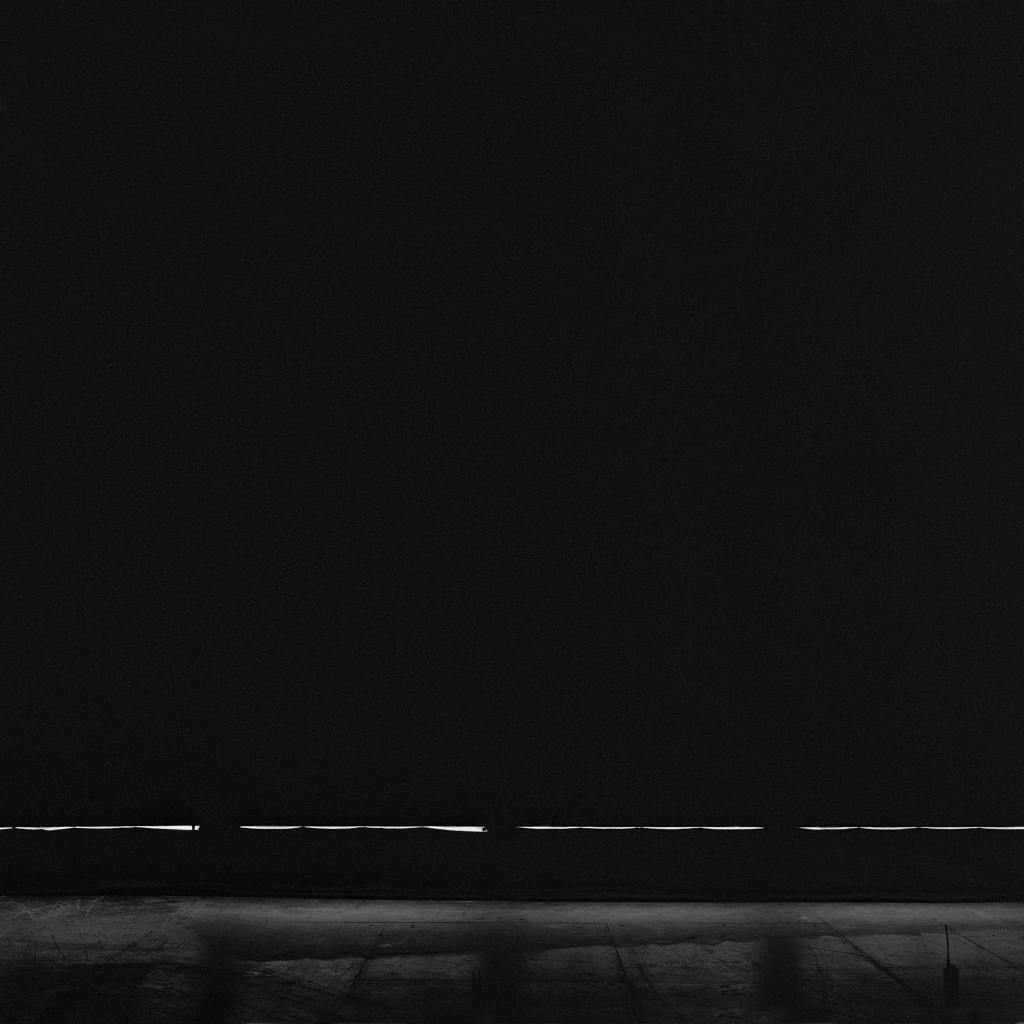 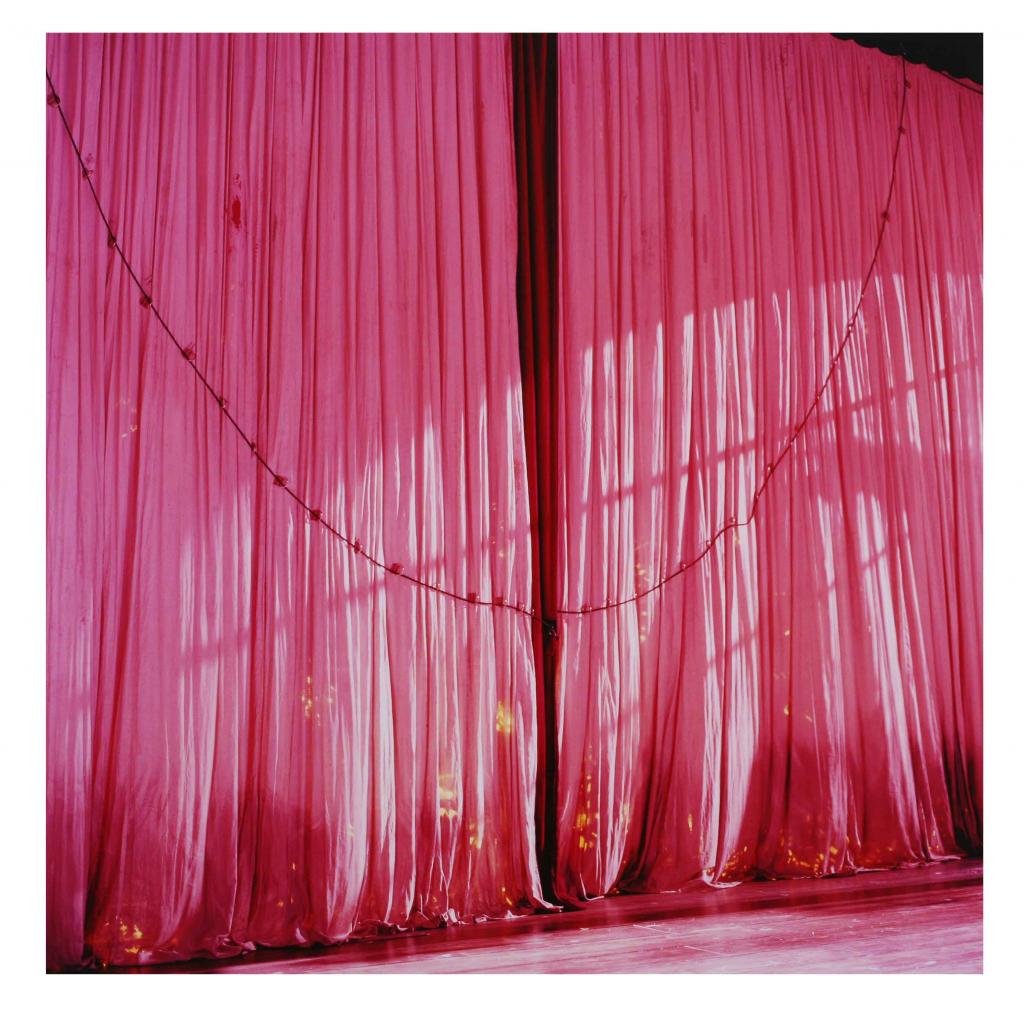 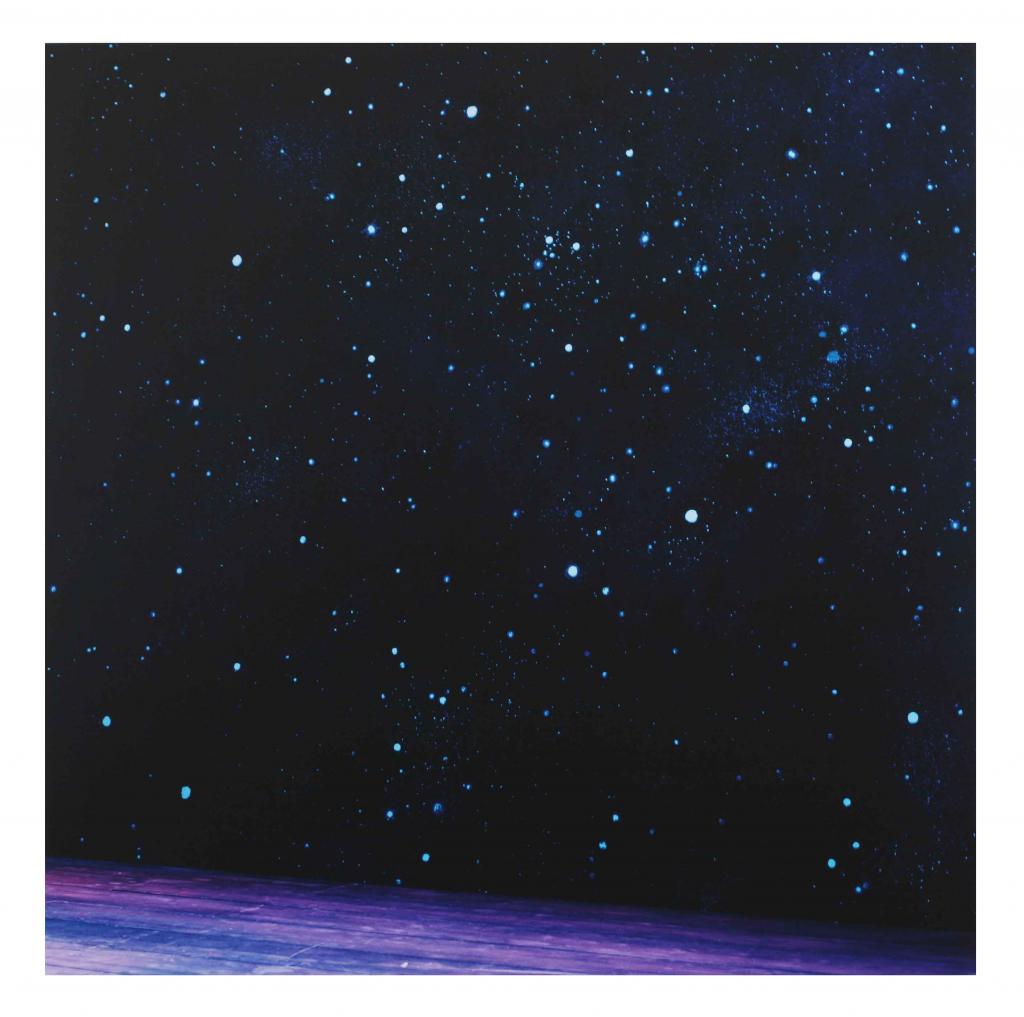 Theatre is a place of multiple concealments: backstage from a stage; orchestra from a stage; audience from a stage. In each of these pairings, the stage may be seen as a space of revelation that at the same time implies a concealed other.
In western epistemology that which is revealed, brought to light, is assumed to be inherently truer than that which is concealed; the metaphor of knowledge as enlightenment, of seeing as understanding, is commonplace. And in western aesthetics, from Aristotle to Heidegger, art is also about revelation: the bringing of that which is not immediately evident to us into the light of presence.

Sophy Rickett's film Auditorium leads us through the stage, backstage and auditorium of the Glyndebourne opera house in a series of such revealings: veils lifted, light cast, dark spaces made visible. In the opening sequence, on the left-hand screen, bars of light ascend from the stage floor to the top of the proscenium to illuminate (we assume), on the right-hand screen, the dome of the auditorium. At the end of the film a series of flimsy curtains is raised to expose not, as we expect, the stage, but, for the first time, the complete auditorium as seen from the stage, miraculously filled with glowing light.
And yet: surely the stage is a place of illusion and make-believe, not a place of truth?
Indeed, in western metaphysics, theatre has often served as a metaphor for illusion and deceit; Plato's cave, in which the audience is entranced by the shadows cast on the wall, failing to recognise that they are only shadows, is a founding image in the long history of anti-theatrical prejudice. In western metaphysics (as opposed to western epistemology), that which is concealed from us is implicitly more certain than which is visible; what lies within is truer than what we can see on the surface. Never trust appearances, we learn. Behind the tinsel illusion of the stage lies the hard and unglamorous reality of the backstage machinery and the labouring stage hands who operate it. In the auditorium the viewers may temporarily suspend disbeliefs, but, Plato notwithstanding, they are never truly deceived, and they bring the judgement of the real world to bear on what they witness.

Auditorium turns the stage, the backstage and auditorium of Glyndebourne into a place of deferred revelations that implicitly acknowledge the tensions and contradictions between those two core theatrical metaphors of truth and knowledge. At times her film is impassively formal, offering an austere image of truth as geometry. At other times it turns the functional modernist spaces of the Glyndebourne opera house into a baroque fantasy; a joyful play of illusory spaces. Human presence is banished from the theatre, save for a solitary fly-man, whom we glimpse twice, hauling on the ropes that raise and lower her bars of light, her curtains, and indeed her camera. It is a Wizard of Oz moment. We have been led to believe that this modern theatre is a feat of technological omnipotence. But behind even that imposing structure is, no, not God (who is, indeed, the hidden stage-manager in the theatre of Goethe's Faust), but a fly-man. This is the mise-en-abîme of theatrical metaphysics, and perhaps of all metaphysics: at the heart of the machine, after all the play of deferred revelations, there is nothing more than the modest fly-man. In the end, all the film can reveal is a procession of absences: the absent drama on stage; the absent orchestra, and finally, the absent audience in the empty auditorium.