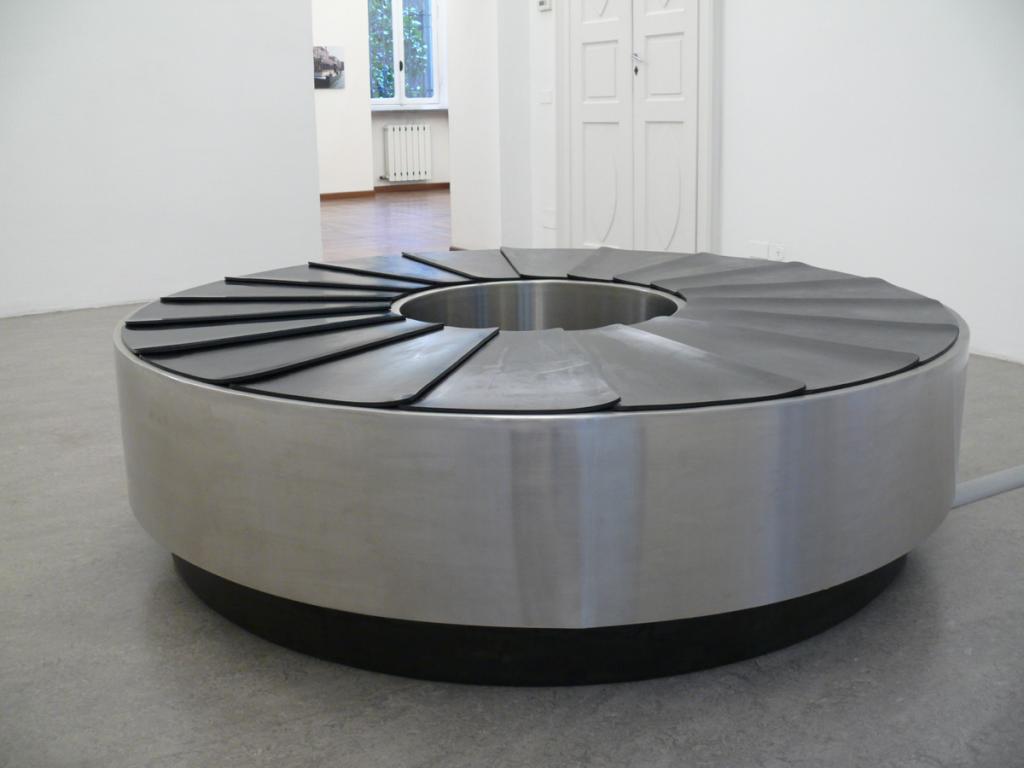 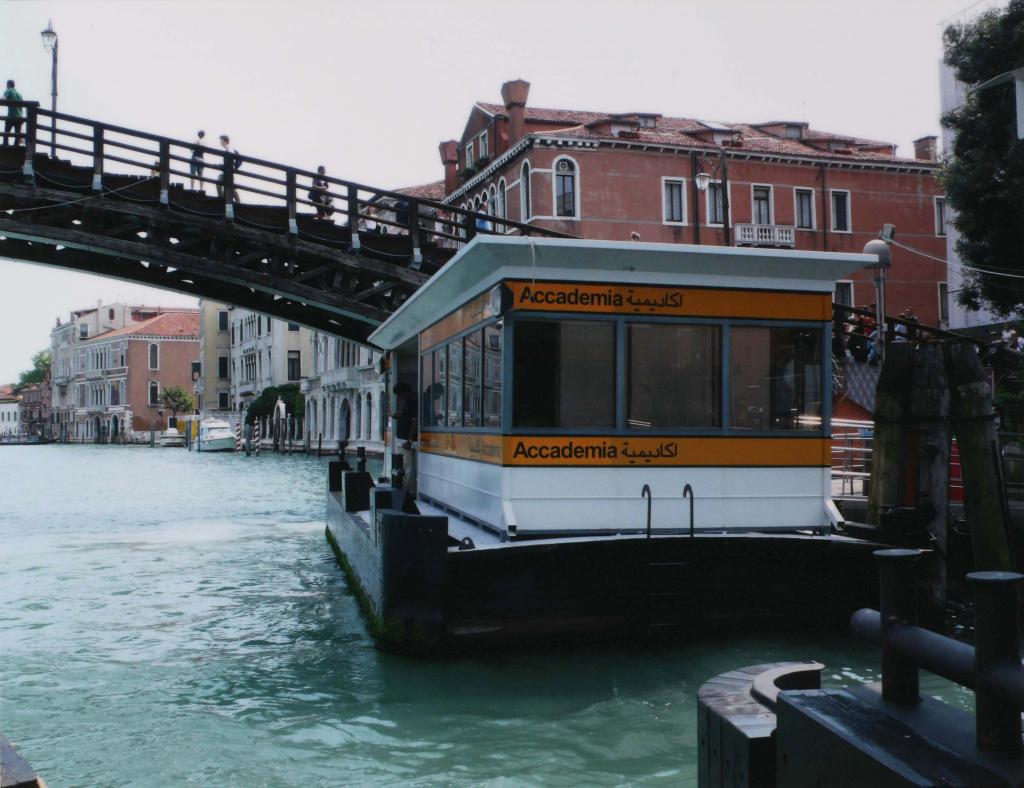 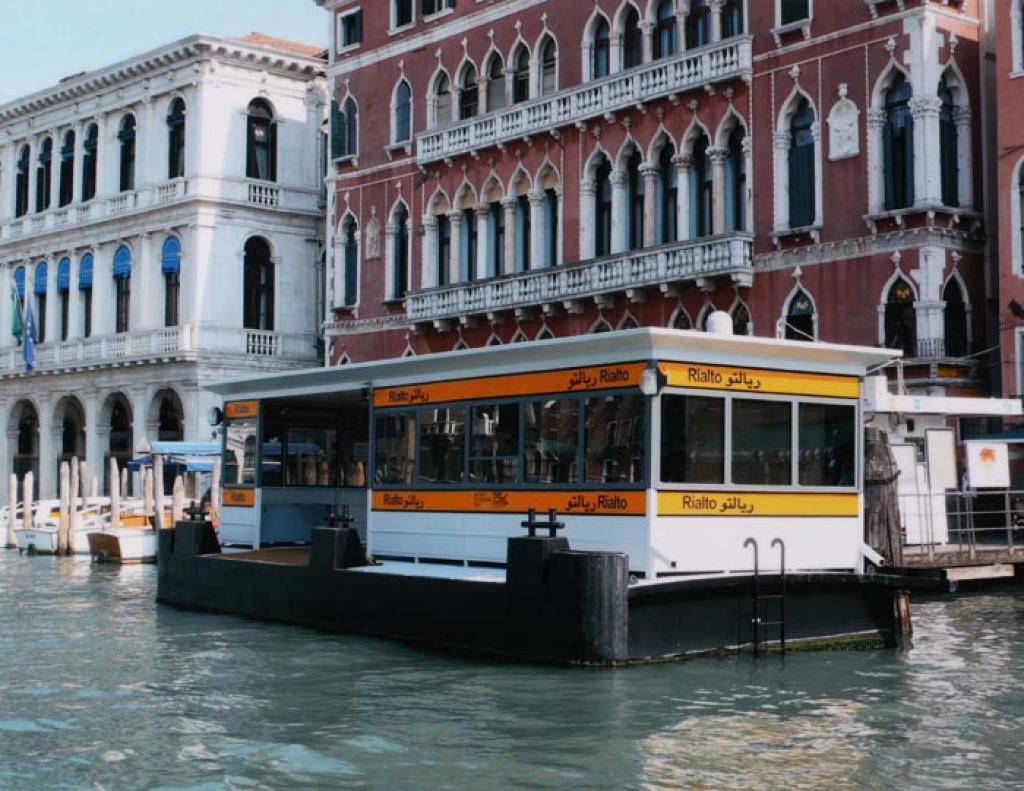 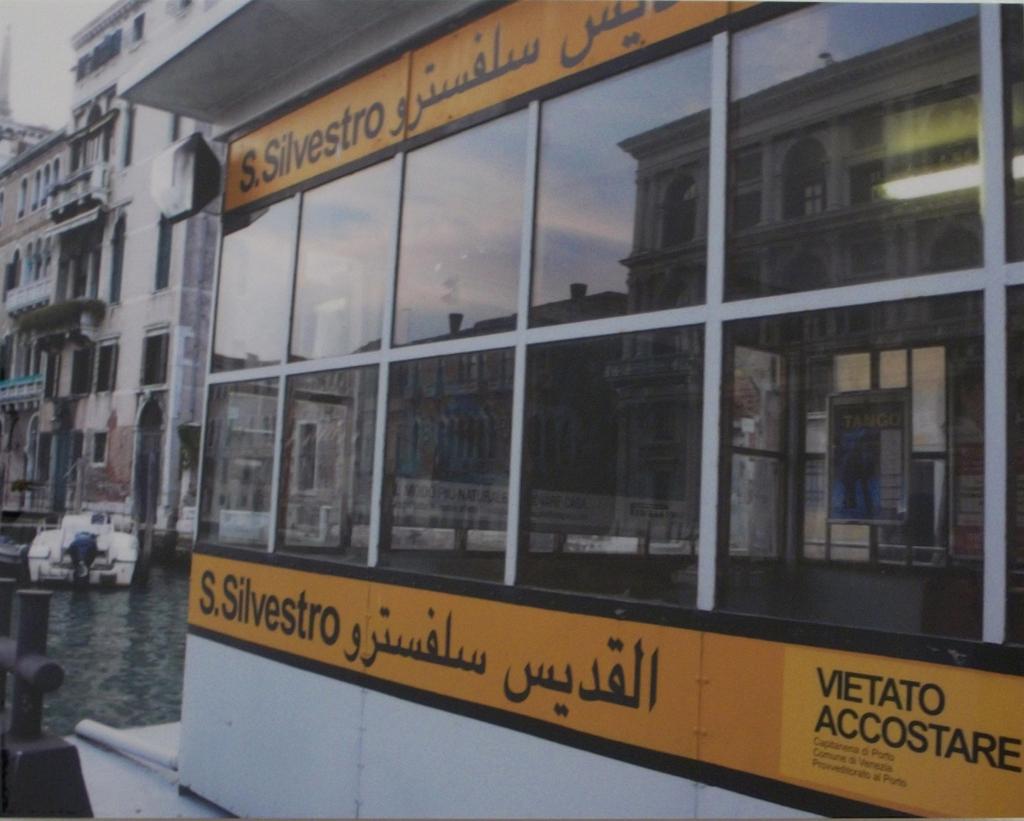 Alberto Peola Gallery is pleased to be able to invite you to the second one-woman show of work by Emily Jacir.
stazione is a public intervention slated to take place at the 53rd Venice Biennale for Palestine c/o Venice, a collateral event of the Biennale. It was to have been situated on each of the 24 vaporetti stops along route #1 of the water bus route, beginning at the Lido stop and ending at Piazzale Roma.

Jacir translated the names of each station into Arabic and planned to place the Arabic translations on all the stops next to their Italian counterparts, thereby creating a bilingual transportation route through the city. The Arabic inscriptions were meant to place each floating platform in direct dialogue with the surrounding architecture and urban design, linking them with various elements of Venice's shared heritage with the Arab world. A topographical map in Italian, Arabic and English of the number 1 route was distributed throughout the city. It contained a map of the location of the project, as well as the Vela Vaporetto map translated into Arabic and a brief explanation of the background to the piece.
Shortly before the opening of the Biennial, however, the realization of the project was cancelled by city authorities - no explanation was given - despite them having already given it the go-ahead. At the collateral event Jacir ended up distributing her maps so to keep the work in the hands of people and in public space. She was forbidden by Palestine c/o Venice organizers to include a text describing the cancellation of her project by the Venetian Municipal Authorities. She was only permitted to include the following note near her brochures stating: THIS PROJECT HAS BEEN CANCELLLED.

The architecture on either side of the Grand Canal testifies to bonds that have connected Venice with the Arab world over the centuries. By placing translations of the stations on either side of the Grand Canal, Emil Jacir would have prompted tourists and Venetians to reflect on these bygone relationships, age-old cultural and mercantile exchanges, and forgotten legacies (glass blowing was invented in Palestine and the first Arab book with Arabic characters was printed in Venice) as they crossed to 'the other bank'. The Emily Jacir project illustrates how such a simple and yet genial idea can reveal to us how boundaries separating two languages and cultures, which apparently make them incommunicable, can be broken down in translation; that translation can stand for trans-ducere (to lead across) from one bank of the Grand Canal to the other, or from one Mediterranean shore to another; and that the barrier between two spaces that are considered different, even counterpoised, can be crossed. If boundaries are traced in order to create differences between one side and the other, the artist tells us that we must recognise these differences from vantage points on both banks if we are to overcome the obstacles which set them apart: the perspective changes according to which bank you are approaching, and where you observe the Canal from. But immediately upon crossing the Canal you can now look out from the station that was once on the other bank; and overcoming the limits inherent in a single perspective view is part of the journey.

The gallery is exhibiting the proposal photographs of stazione that show what the work would have looked like; copies of the map will also be given away; and embrace, a circular motorized sculpture fabricated to look like an empty luggage conveyor systems in airports. It remains perfectly still and quiet but when viewers come near the sculpture their presence activates the work and it turns on and starts moving recalling the continual rotation of the baggage conveyor belts. The work's diameter refers to the height of the artist. The work symbolizes amongst many things waiting, and the etymology of the word embrace. As with her other work, even something as apparently neutral as embrace is a portrait of a condition: it alludes to endless waiting times at airports, and provides us with a reflection on the type of waiting that Palestinians are subjected to.

Emily Jacir lives and works in Ramallah and New York. Her work encompasses a diverse range of media and strategies including video, photography, social interventions, performances, writing and sound. She was awarded the Golden Lion for an artist under 40 at the 52nd Venice Biennale for her 2007 installation, Material for a film. This work was subsequently shown in Beirut under the auspices of Ashkal Alwan Home Works IV and at the Guggenheim Museum, New York in conjunction with Jacir's receipt of the 2008 Hugo Boss Prize.