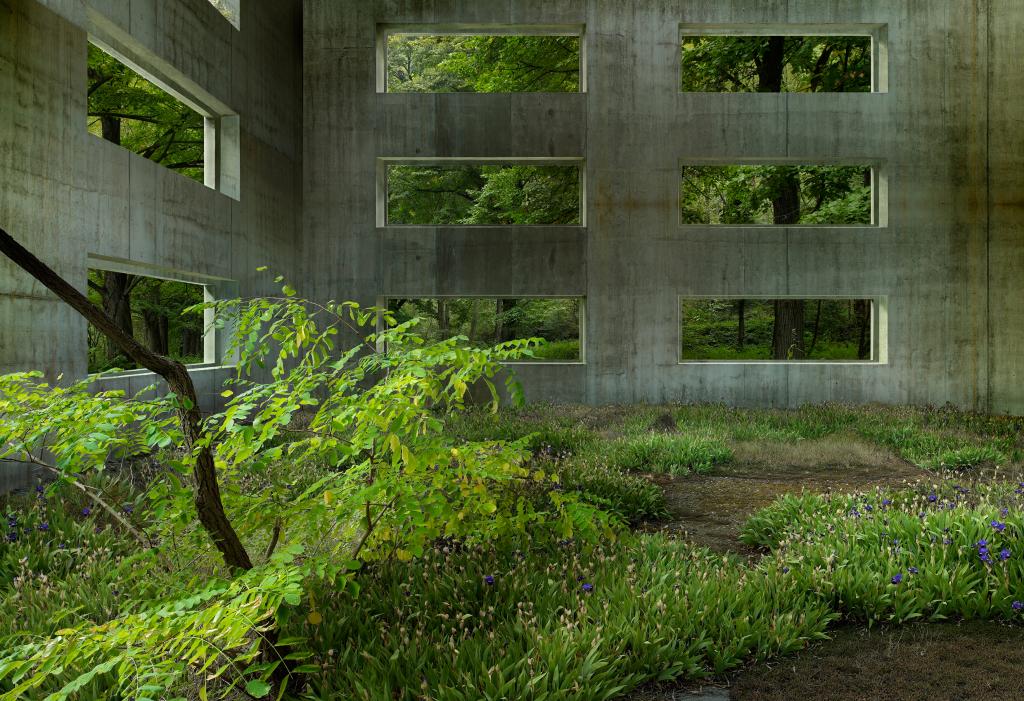 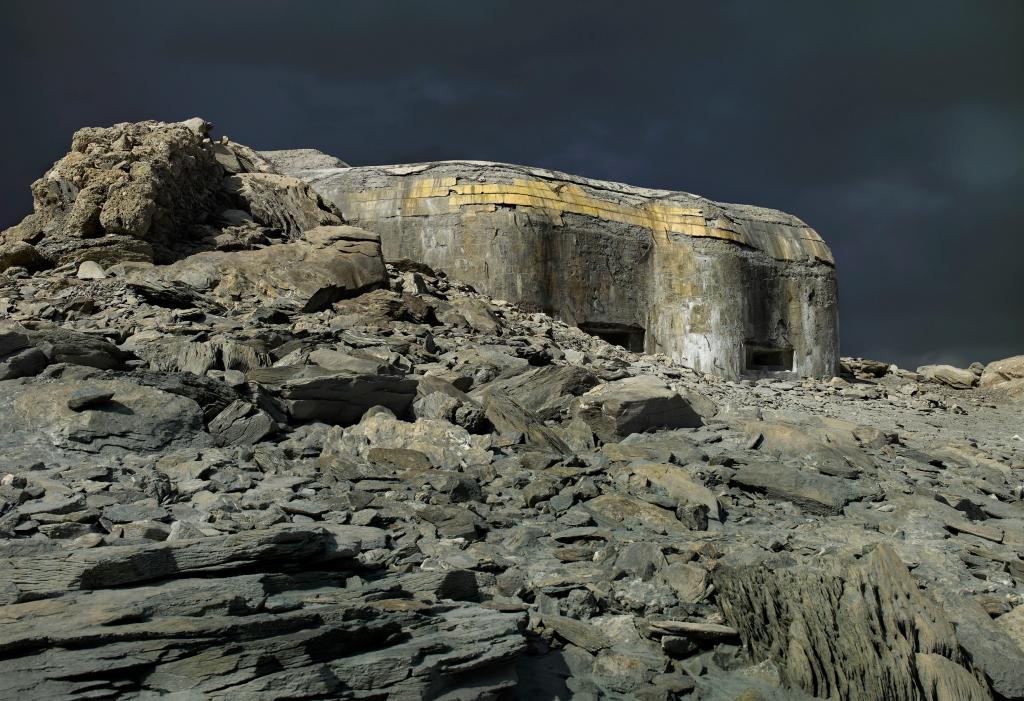 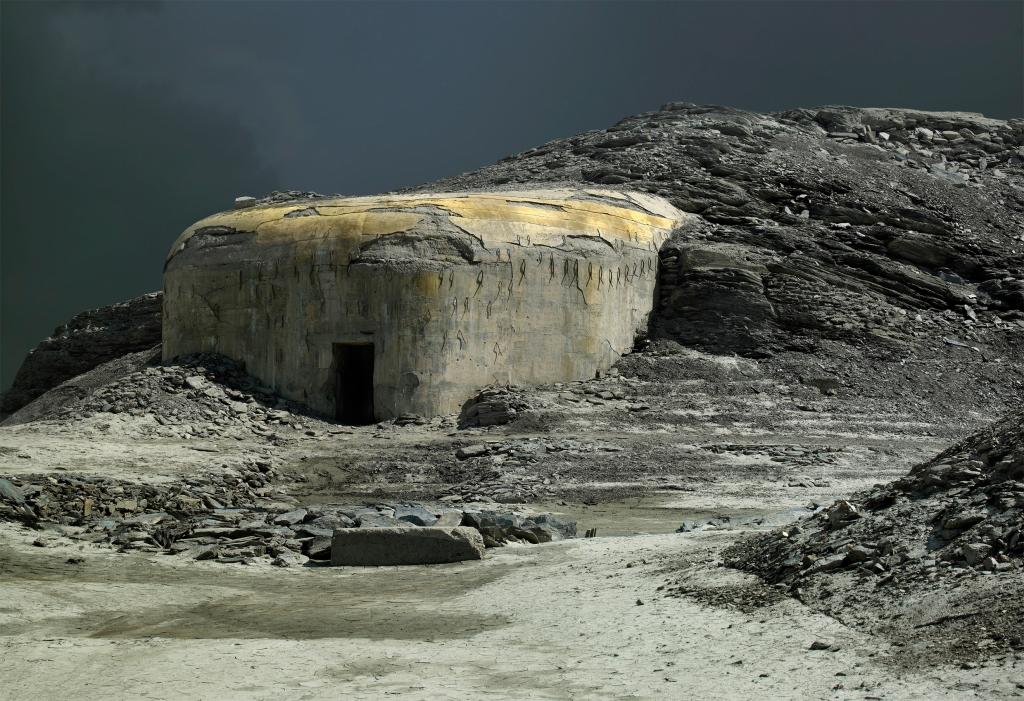 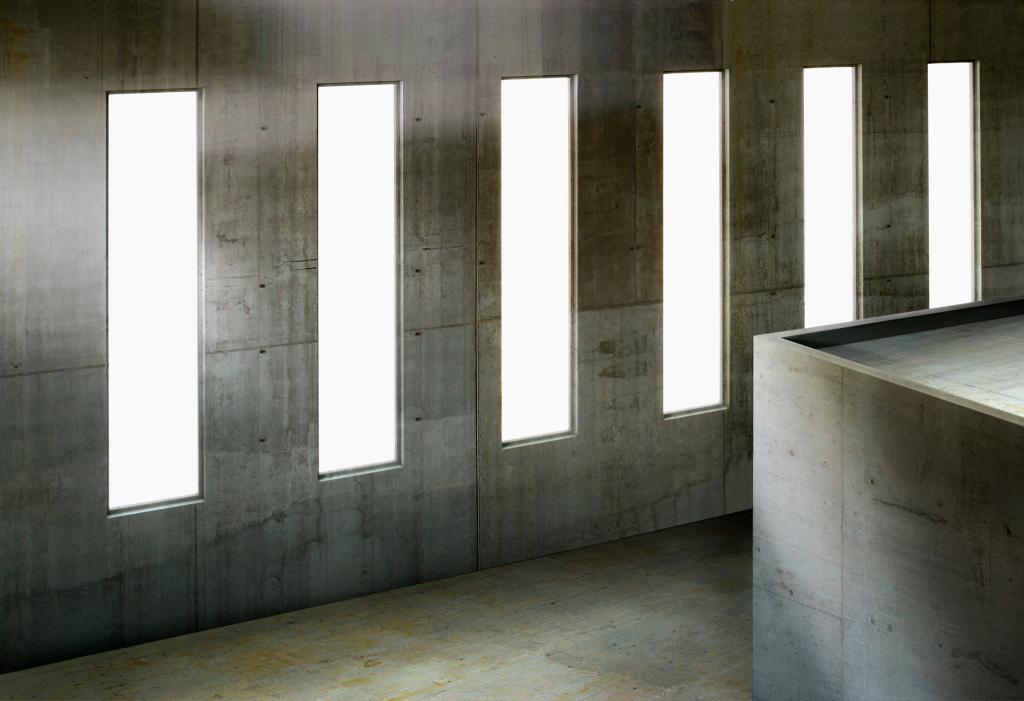 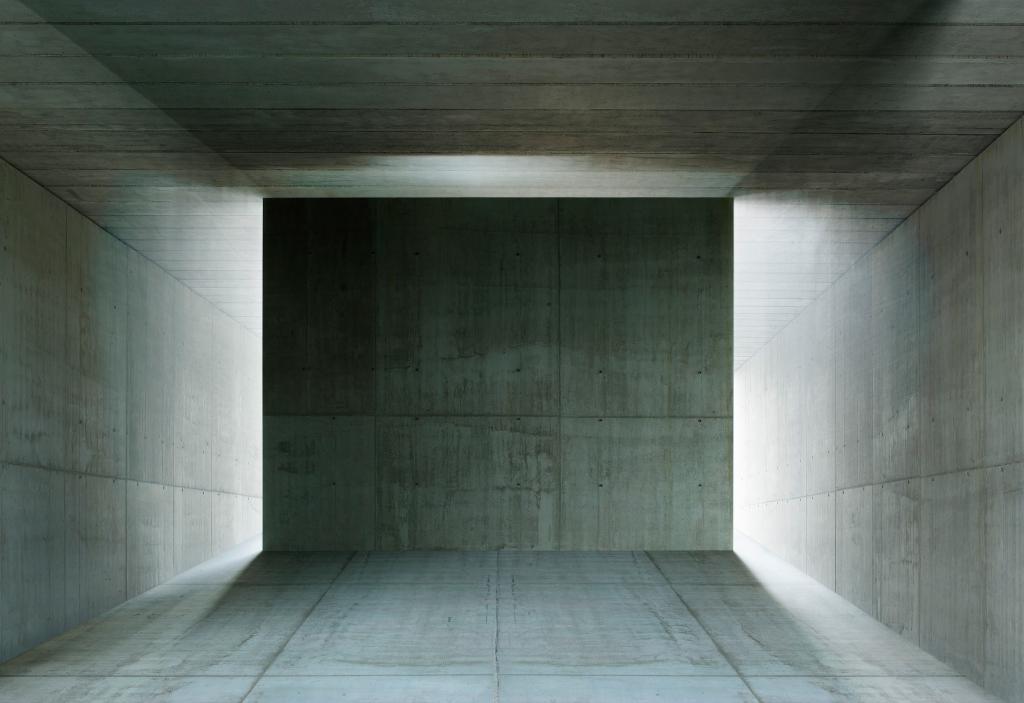 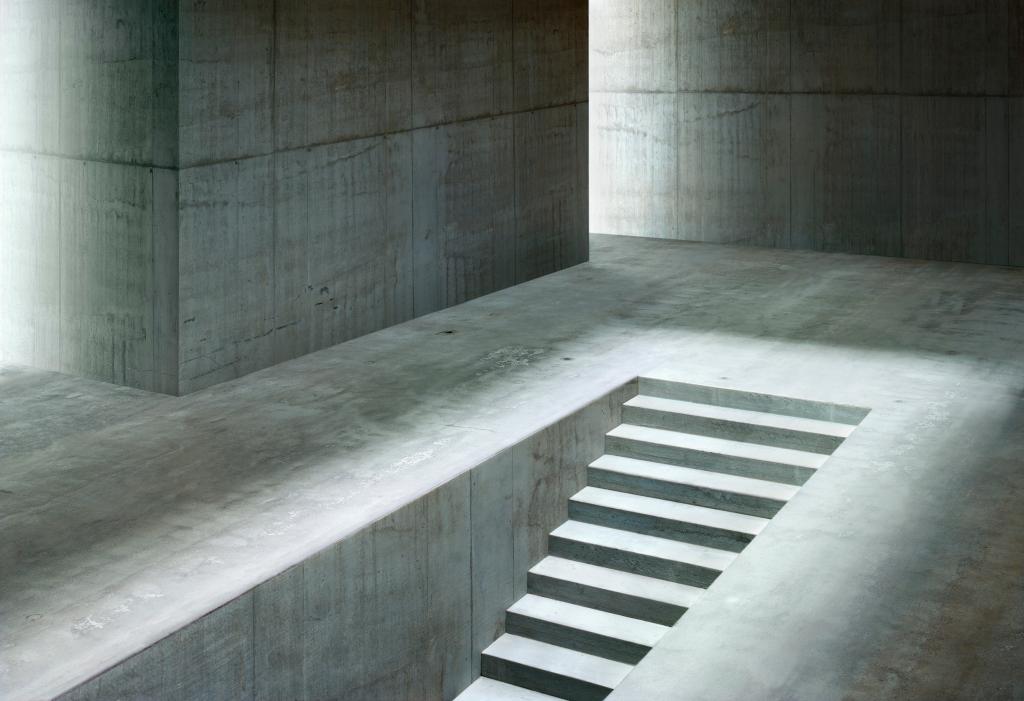 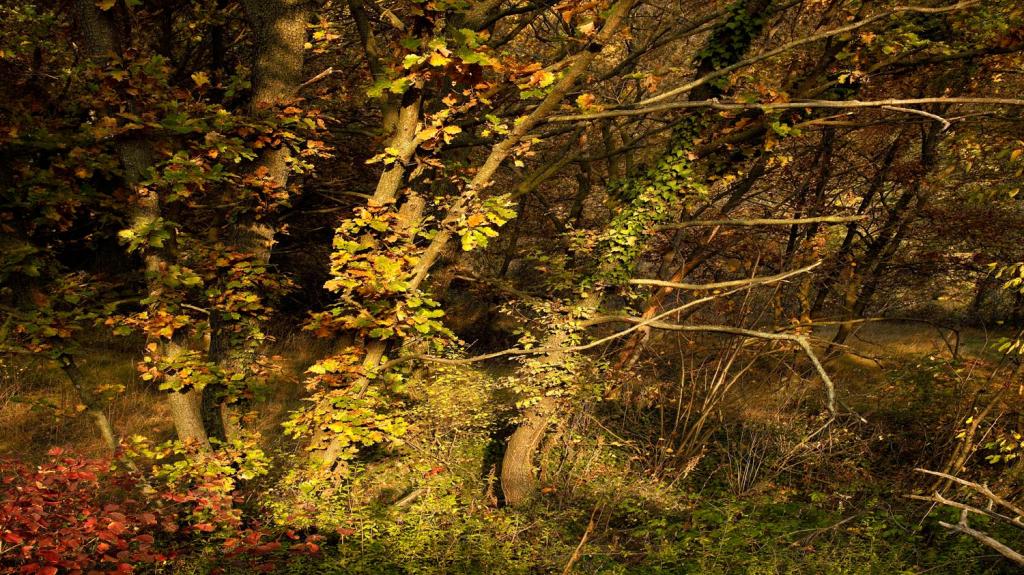 Baudelaire: "Il me semble que je serai toujours bien là où je ne suis pas." In other words: it seems that I will always be happy where I am not; or simplified: wherever I am not is where I am myself; or, if we take the bull by the horns: anywhere out of this world. (Taken from New York Trilogy by Paul Auster)
We have to ask the question: Where are we? Where do the photos by Sergio Gioberto and Marilena Noro transport us? Then it is impossible not to begin pondering the temporal dimension in these images that have come perhaps from a distant, mysterious past. These works probe an ancestral memory with force, but, at the same time they deliver us into a space that is awaiting discovery, an unknown but strangely familiar future archaeology.

Gioberto Noro are an artist couple whose work is not the expression of one mindset but two. Together they multiply, or perhaps we should say split, the expression of imagination and the story told by the soul into two parts. It is fascinating to notice how the pair unify and become one in the magical and alluring space of this work. Of themselves they say that this process is a "sharing of the responsibility for the false image." But it is also something more that ends up supporting an exchange of infallible glances where both an involvement of the object and its abstraction of it coexist - one or the other is always there to indicate a different course to take (or action: stopping, speeding up, breaking the flow or turning back up the road). By working together doubts posed by a junction generate less uncertainty and waiting is easier to cope with. Their photography requires a dilated time scale: it is the exact opposite of a snapshot in that it seeks a world suspended in time.

It is probably no accident that this work owes its existence to a number of dualities: tame-wild, rational-irrational, order-chaos, culture-nature, light-shade, simple-complex, transparent-opaque. These are the alternating origins within which their work moves. Everything reveals itself through its own opposite - duality allows existence to come into being. Their shots also develop in the form of series: punctured tyres, rooms, landscapes and architecture, animals, beyond the gardens… For Gioberto and Noro capturing the real is a way of progressing depth wise and not breadth wise.
I have often had the chance to observe people when they come across Gioberto and Noro's work for the first time (one of their pieces hangs in my living room), and it is peculiar how everyone notices the way in which the articulation of space, relationships between volumes and emptiness, and the structuralization of forms immediately bring to mind pictorial considerations. If, as Kenneth Clark believes,View of Delft is the painting that comes closest to resembling a colour photograph, then Gioberto Noro seem to incarnate Carol Rama's prophesy that "painting will never die. But some painters will, however, produce photographs." (Interview with Paolo Vagheggi in "La Repubblica", 2003.)
The colours in the latest pieces are both realistic and unnatural. In Out of Garden, for example, there is a lunar tone that leads you into a space that conjures up atmospheres of romantic painting and those of science fiction films; and because of it, you don't know where you are. And what is going on in the series Civilization? This is a head to head (a collision or an encounter?) between painting and architecture, between the unrestrained strengths of the first and the carefully planned designs of the second. But, as always happens when looking at work by Gioberto Noro, viewers have the sensation of finding themselves at a threshold, a crossroads, a passageway to where they don't know. It seems as though you have opened a window but you know that it is actually still only ajar. What are those forms in that green area? Forgotten ruins or buildings under construction? Is nature towering above the architecture, as it tries its utmost to leave the frame, or is cement winning the struggle? In Green Zone a harmony seems possible, but then some things hints that you have fallen under the spell that Yourcenar would call "the wise madness of dreams". Behind the tangle of trees and vegetation in Near Civilization #2 and #5 something is hiding. Are these man-made constructions under water or an army of little figures? You feel that this landscape is populated by gods, heroes, basilisks and dragons, satyrs, fawns and centaurs; but, at the same time an alarm signal can be heard, a warning that Arkwright the architect might wander into this suspended time with his drawings and plans and wipe out everything only to discover in destroying it the former beauty of it all. Here there is one apparently solid world that seems to be coming undone and another that soars up vehemently from the ruins. Are we really surrounded by all theses eclipses, labyrinths and lights? At times these pieces are reminiscent of those empty camera shots by Yasujiro Ozu (the 'rooms' contain the same traces of absence found in the closing sequence of An Autumn Afternoon). In others it is difficult to tell if the construction before you is a gutted temple or a bunker that has survived (Out of the Garden). And if a figure appears, its position is like that of the patterned and raked sand in a Zen garden. Who knows where you are here: everywhere out of this world.

And yet these pieces are a little like a Morandi or a Vermeer. And this whole mysterious universe can be found a stone's throw from their home in Turin's environs, where they model, build and create an 'other' dimension with what they know best. Some artists and writers are able to gather and explore their surroundings from an almost stationary position. Or maybe it's better to say that they allow themselves to be explored - think of Fernando Pessoa and the clouds that glided past the window of his studio. It seems natural to wish to create a nexus between these pieces from which the sky has been banished and those others, when it does make an rare appearance, blackened by a charcoal sun, almost struggling with the 'dark night of time' that 'runs through the light of the future' - to quote another Japanese writer, Murakami - while Gazing West.
And it feels good not to be able to answer the question posed at the beginning. Not knowing where you are is thrilling. If the job of art or its destiny is that of unveiling the mysteries of the world, sometimes it just happens to protect them. This is occurring here, between this whiff of what has gone before and the abduction of expectation.