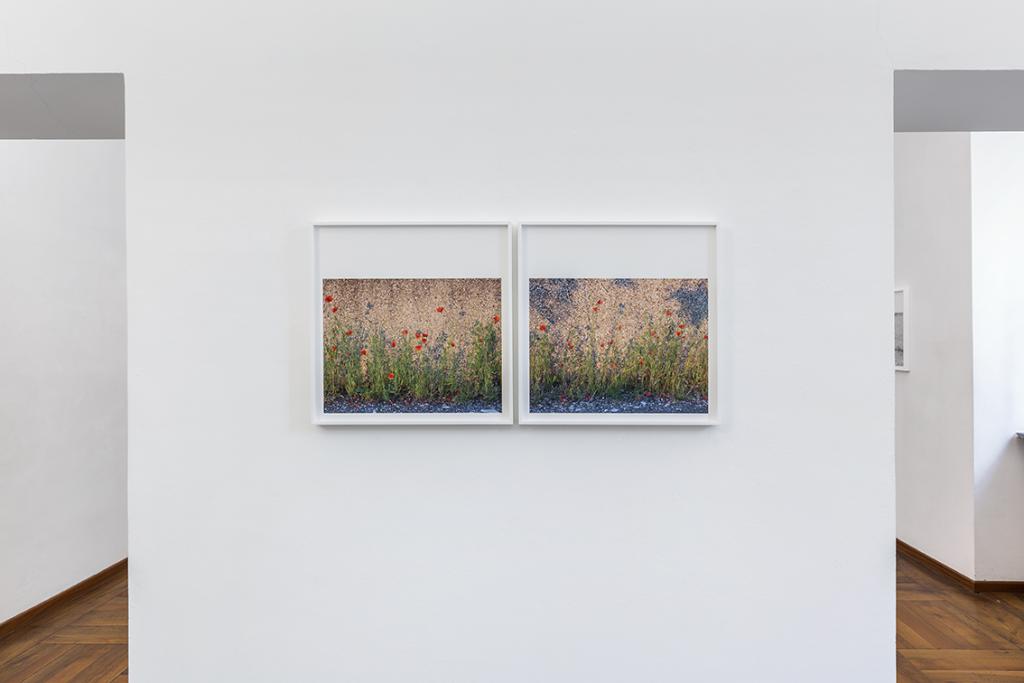 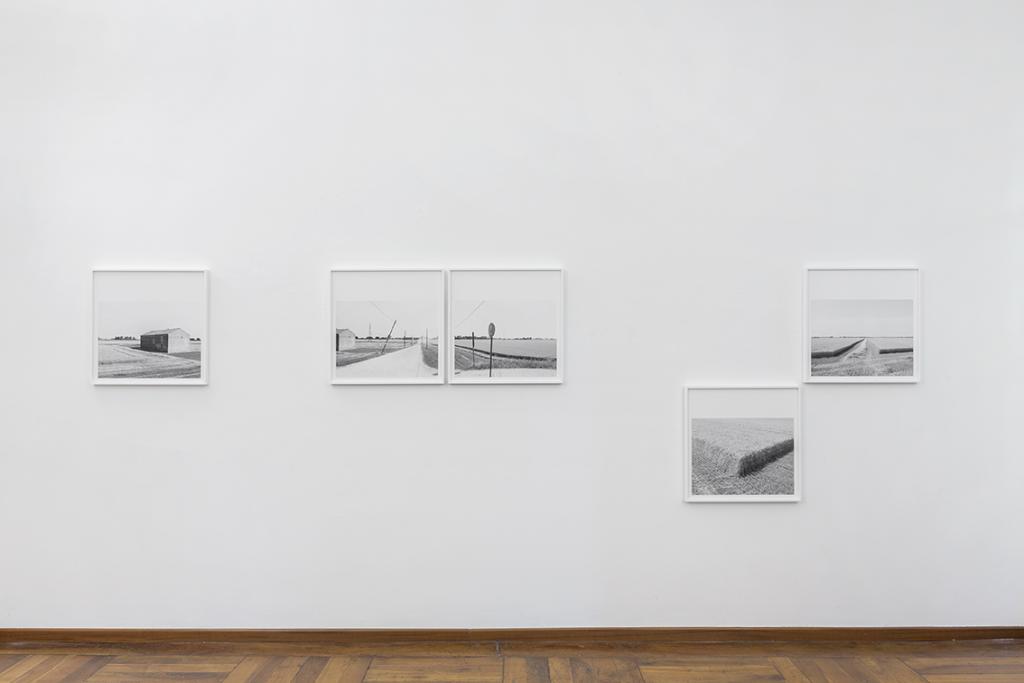 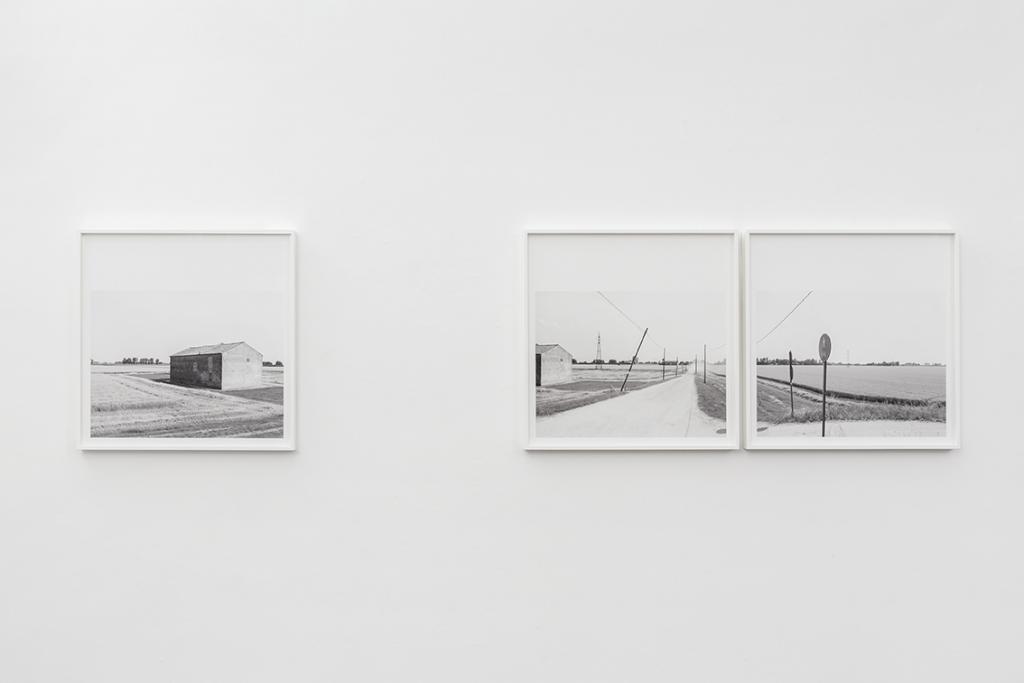 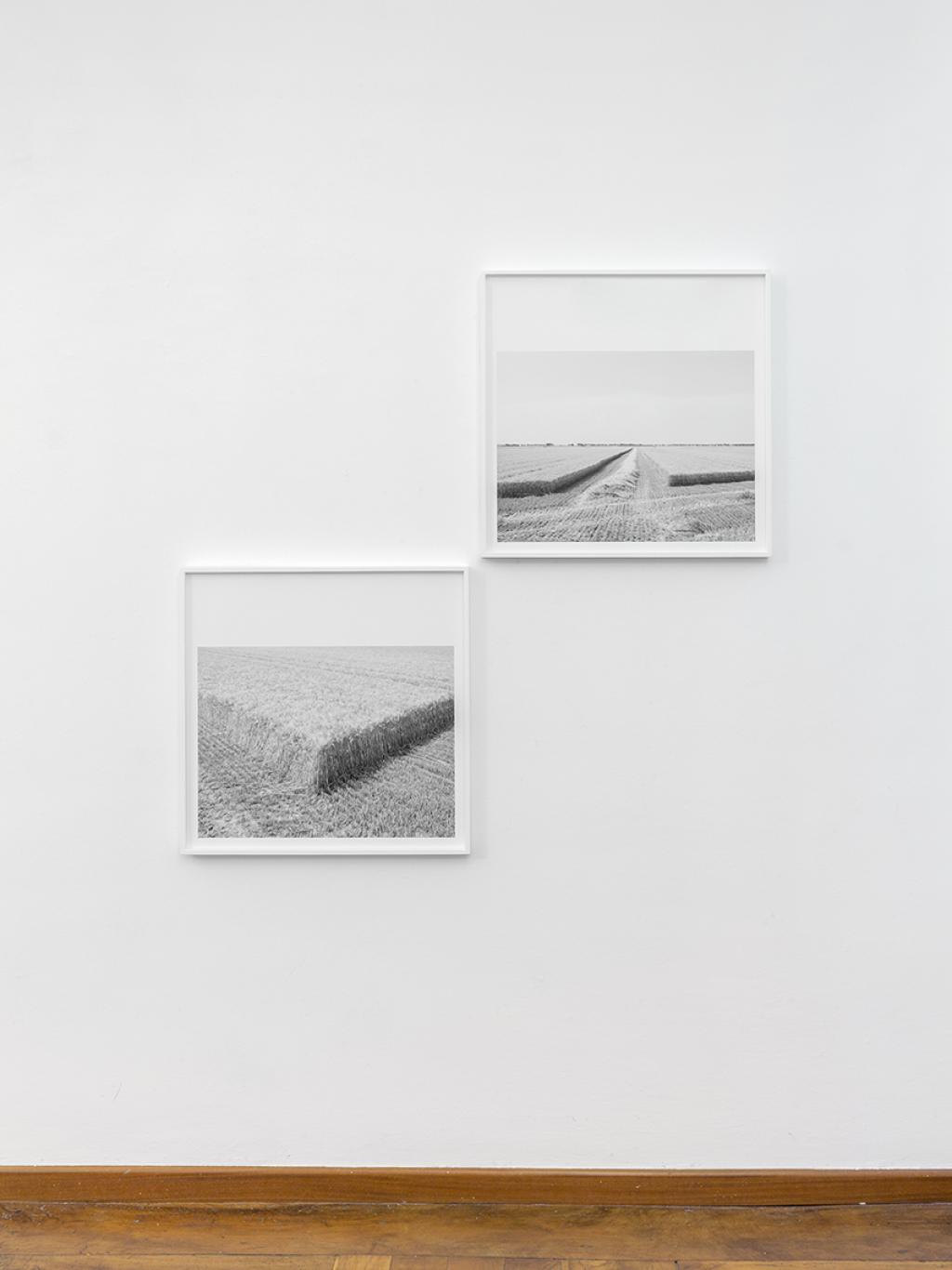 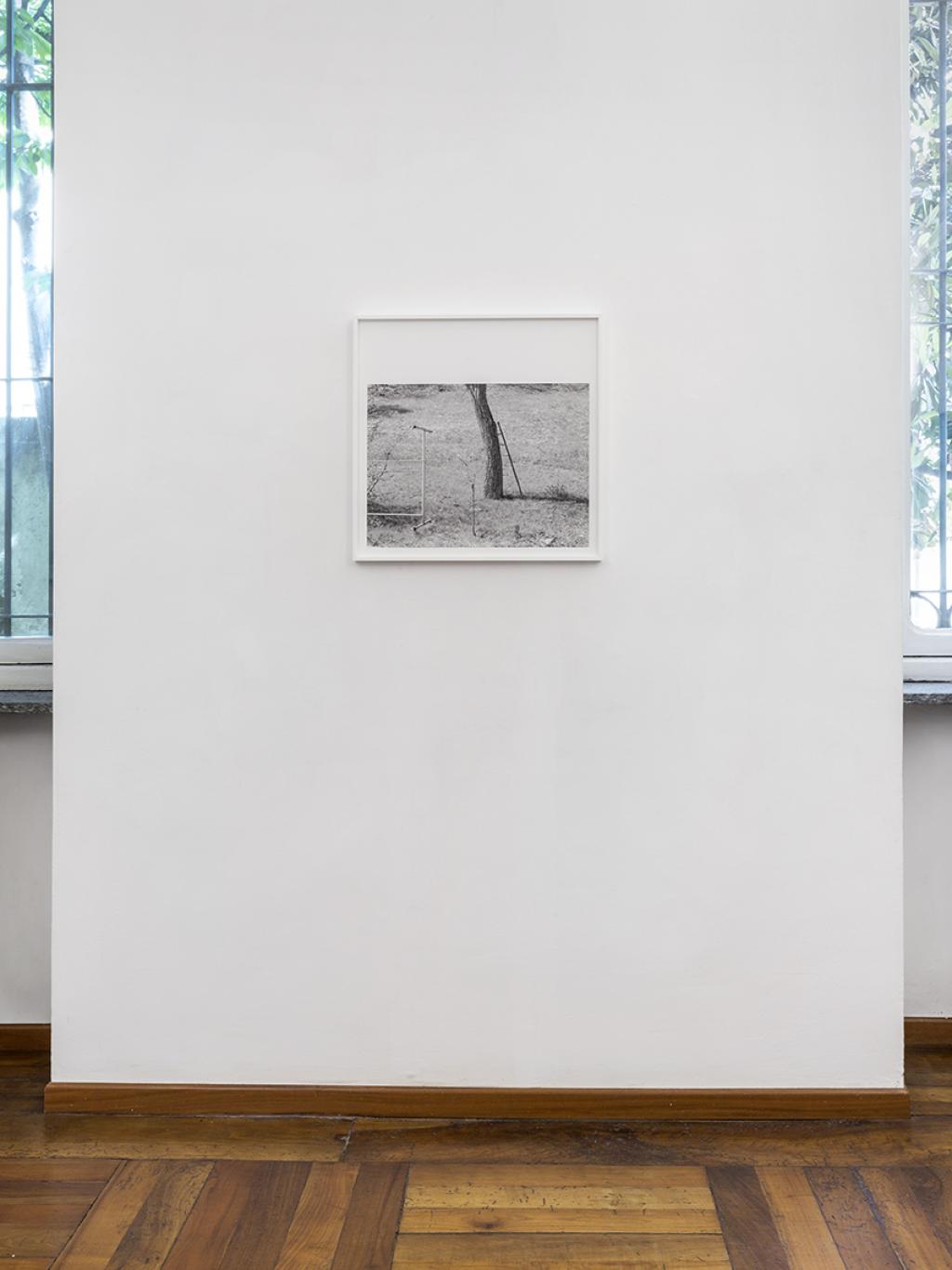 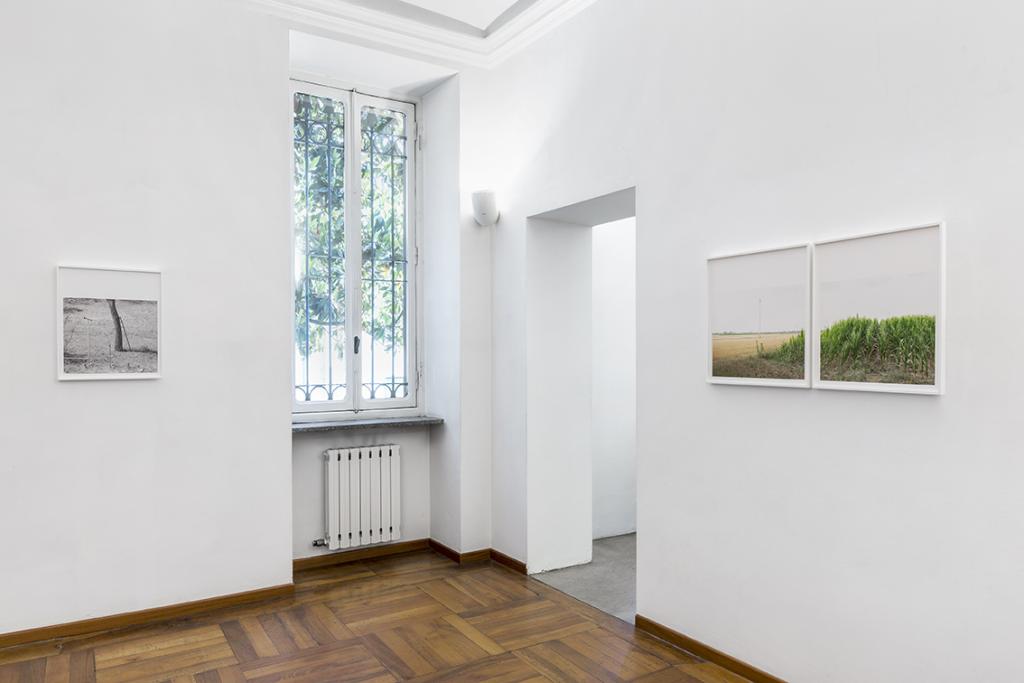 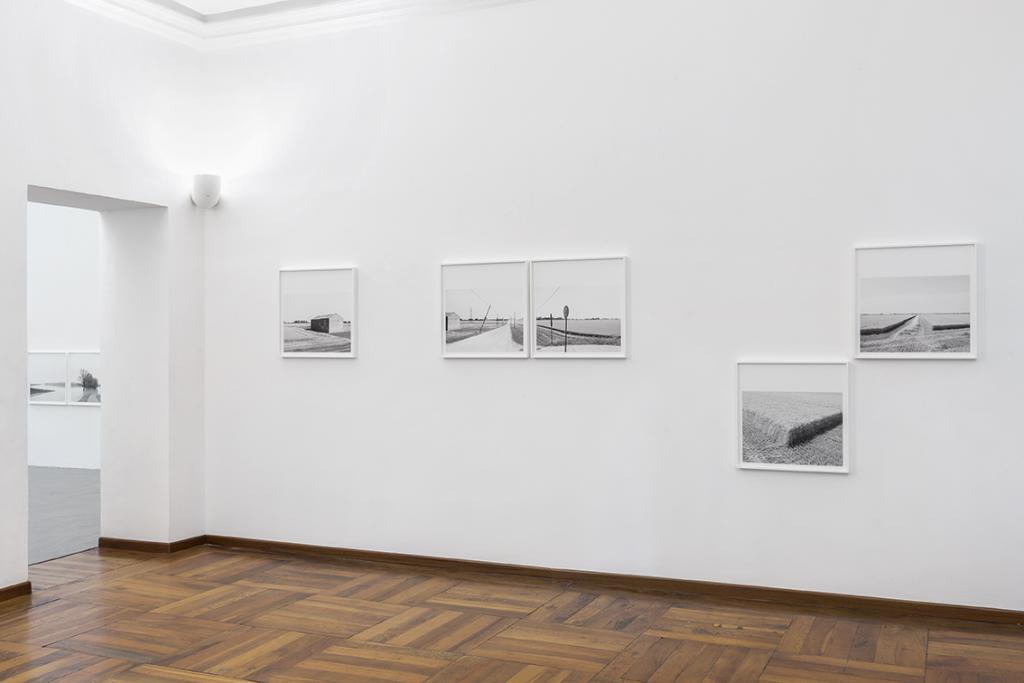 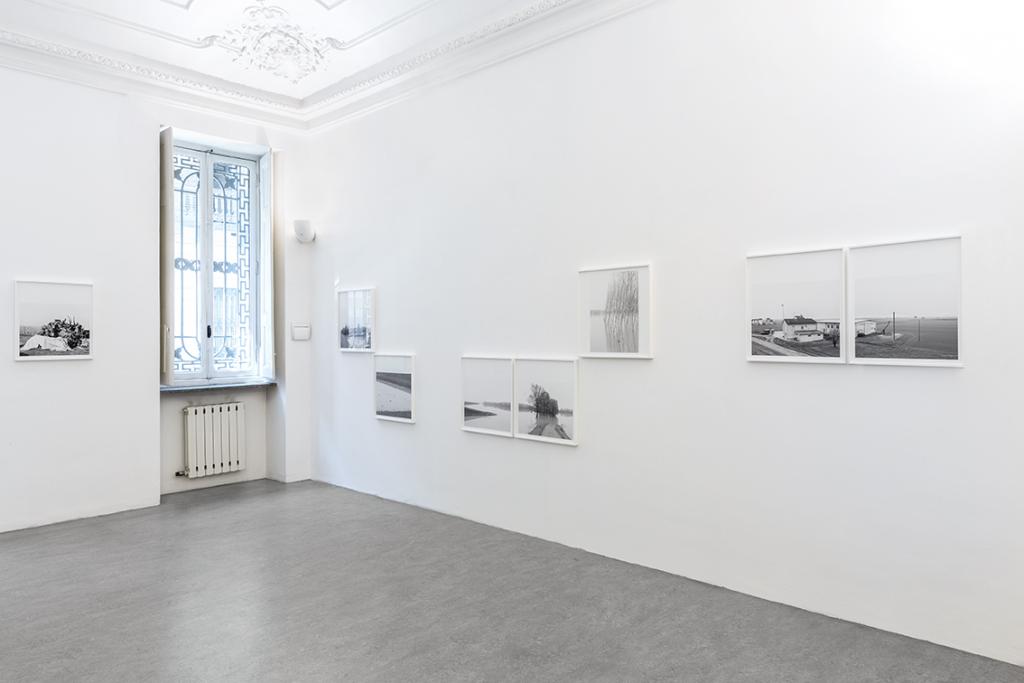 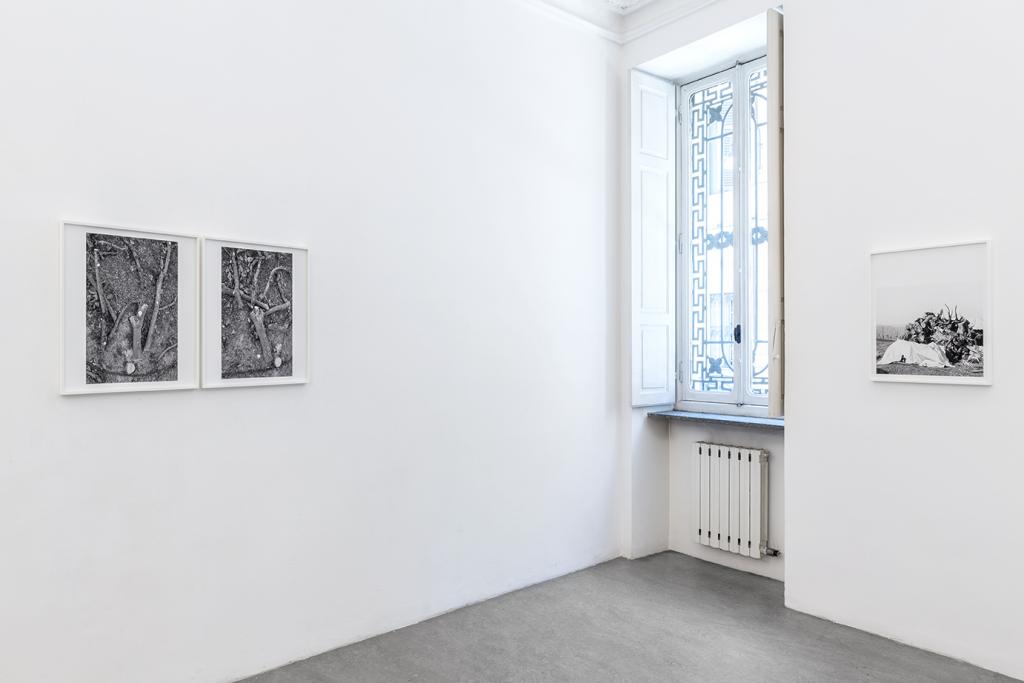 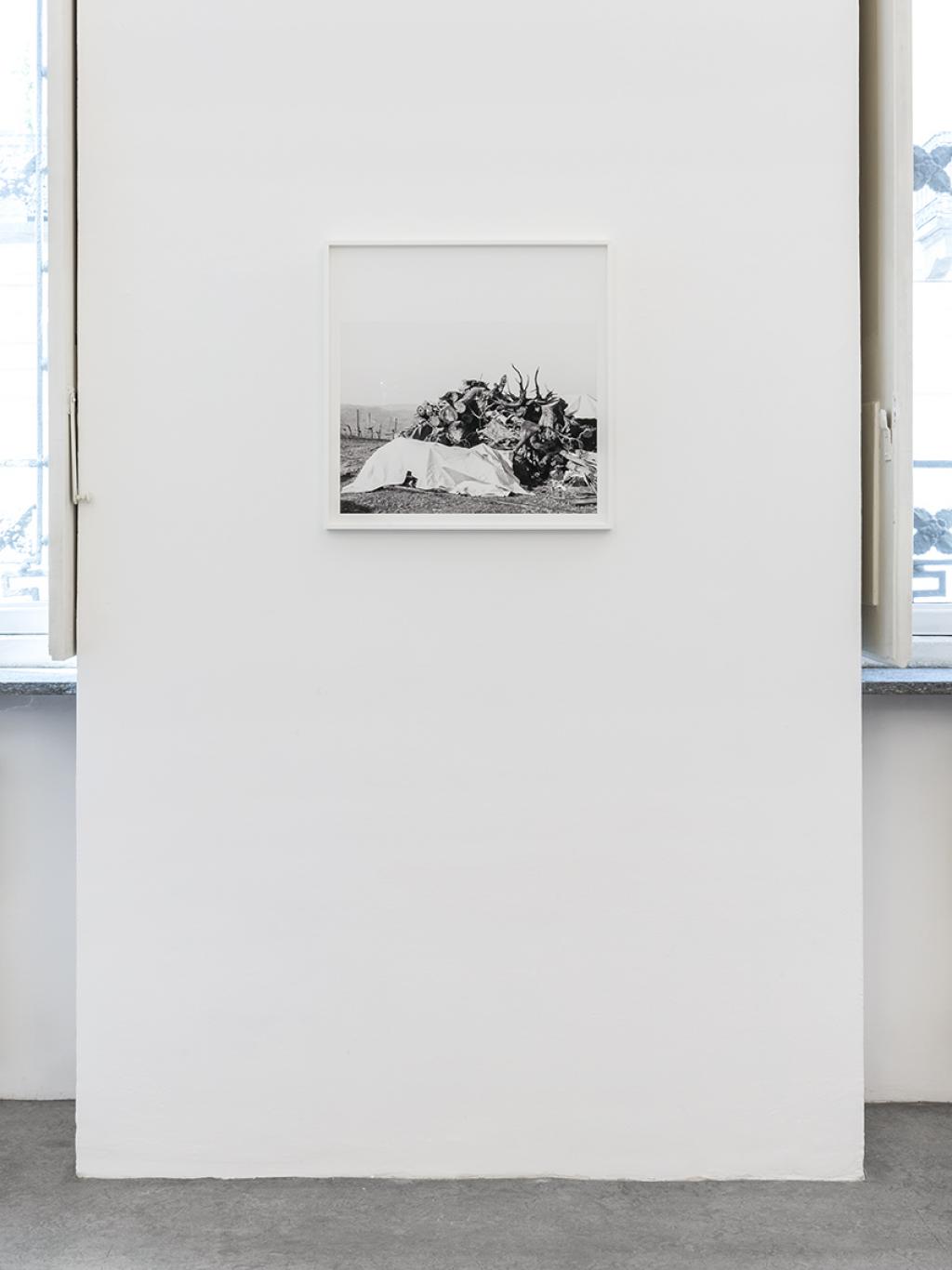 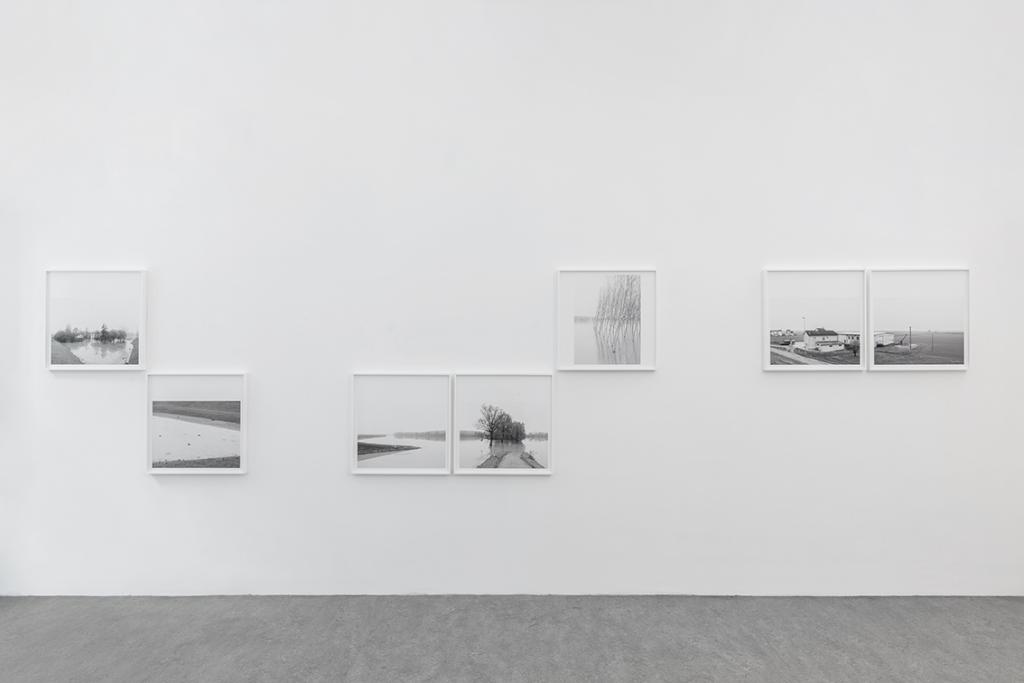 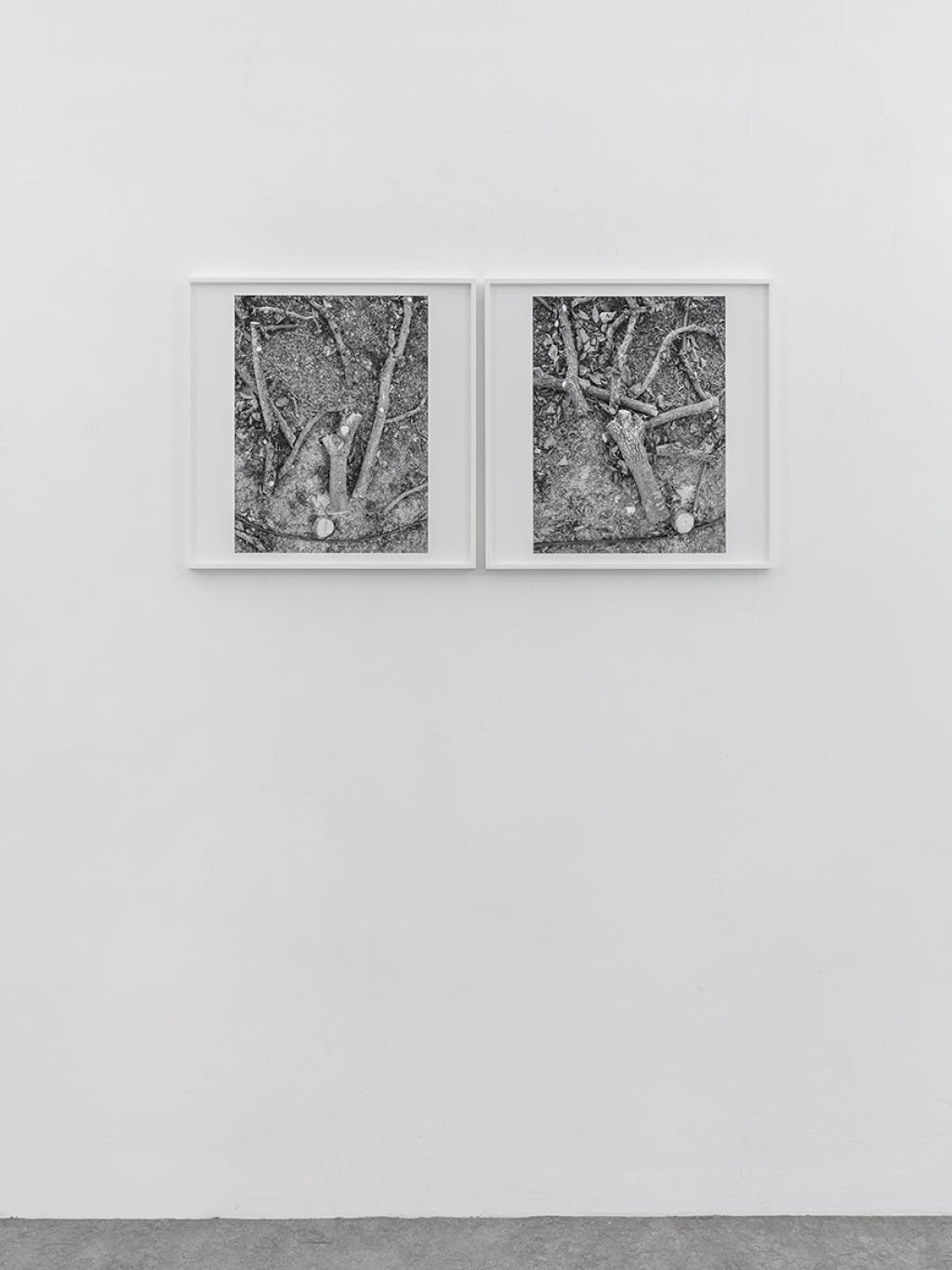 From Winter to Winter

Peola Simondi gallery is pleased to present a selection of photographic works from Paola De Pietri's project From Winter to Winter.
Over the course of a year, from 14 February 2019 to 13 January 2020, Paola De Pietri travelled the countryside of Emilia-Romagna following the succession of the seasons. The project, published in the title volume by Marsilio in 2021, consists of 34 sequences of images both in color and in black and white, corresponding to as many days of the past year. The photographs of each day feature in an installation which, by alternating solids and voids, portray the fragmentation of our perception and the complexity of phenomena.

From the very first images, Paola De Pietri's From Winter to Winter appears as a traversal of geography and at the same time as a journey into the gaze, a sort of logbook recording a long series of exercises of vision conducted over a calendar year in rural places and landscapes of Emilia-Romagna. On the one hand, this challenging photographic corpus offers us in synthesis – through micro-sequences corresponding to days of work in identified locations - a catalogue of environmental structures in which activities of production fundamental to the economy and identity of the region are taking place. On the other hand, under the guise of a very precise and insistent depiction, an unarticulated doubt continually surfaces, an impulse to see that does not correspond to any purposeful question, but which could be translated into the words: «What is here? » From a firm stance in the vastness of geography - for Paola De Pietri, an often raised and clarificatory point of view, commonly in a hint of backlighting - the eye simultaneously reflects on the complexity of the signs that unfold in space («What is here in front? ») and on the very act of observing them («What does here mean?»).

Pervading and animating From Winter to Winter is this tension between presence and distance, between the subjectivity of the gaze and the precision of the image, between the implicit self of a hidden observer and the self-evidence of the landscape. Paola De Pietri places herself in the wake of an essayistic thought that in material contact with the world, in feeling the outside world with feet, hands, eyes, finds the motive and necessity for an informed reflection on her own going and on our being in places.

[…] Paola De Pietri's gaze not only explores themes and subjects of the rural landscape already established in the collective consciousness - the farmyard, the byre, farm animals, the farmhouse, the silo for cattle feed, the greenhouse, the patterns of the crops, the landforms – but she regularly dwells on more complex configurations and structures, observed from a highly calibrated distance that condenses for the viewer (through a useful fiction) the experience of walking and the clarifying suspension of aerial vision. Thus in the broad views structured around the lines of the road network, but also in the more detailed observations of a farm road, or in the bend in a simple path, the photographs never veer towards the romantic evocation of an unknown infinity, but render the pregnant sense of a landscape traversed through the centuries by bodies and vehicles, trodden by customs and habits, measured by the needs and days of labour, perhaps even trivialized by the streamlining of industrial modernity, but always fully lived and alive.
Similarly, the general absence of people on this journey from winter to winter does not correspond to an elegiac suspension in the ideal past of «once upon a time». The lightness of the greys does not play the pictorial trick of an enveloping and mystifying tonalism, but one finds once again a very exact, even cerebral gaze, in grasping the material of a light that structures the landscape no less than roads and buildings, an instrument of measurement of the here and now, a chisel that by removing gives splendour to things.

Colour intervenes at times, sudden, surgical, to dispel any temptation to fall into the deception of an "oceanic feeling". In the same way, incongruous fragments of the landscape as "real estate", identified in the heart of a rural world at first sight unchanged, are inserted into the silence of the journey like shards of glass into a moving mechanism: the line of demarcation of a low wall in concrete with galvanized wire netting breaks up the continuity of the land to establish the boundary of private property; a wall with a wrought iron fence is wedged into the grass to create the new domesticated here of a garden in English style.