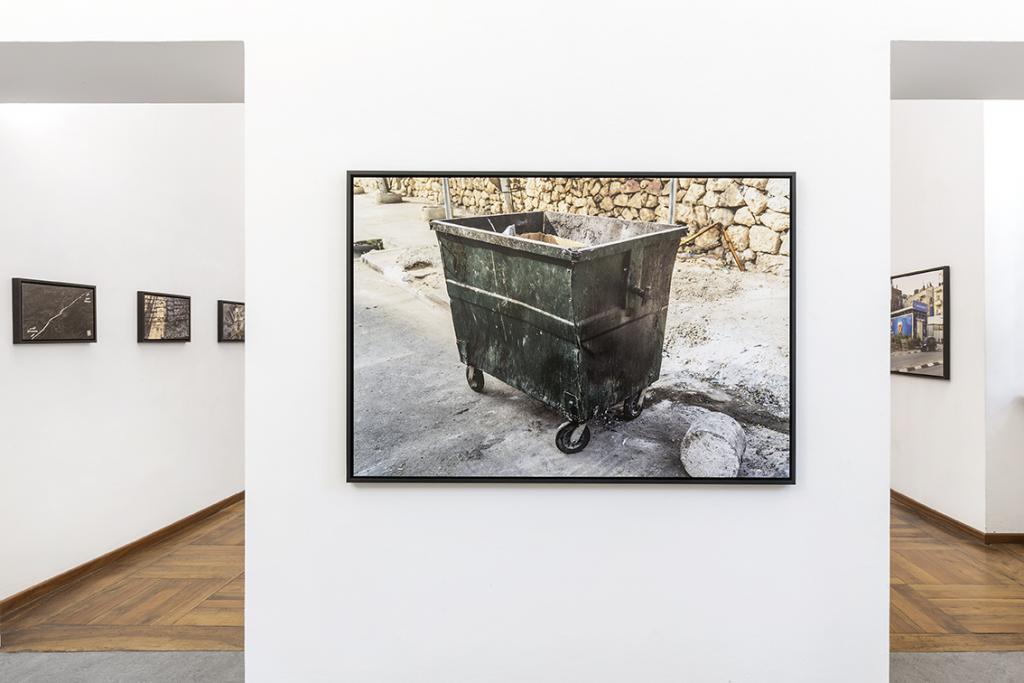 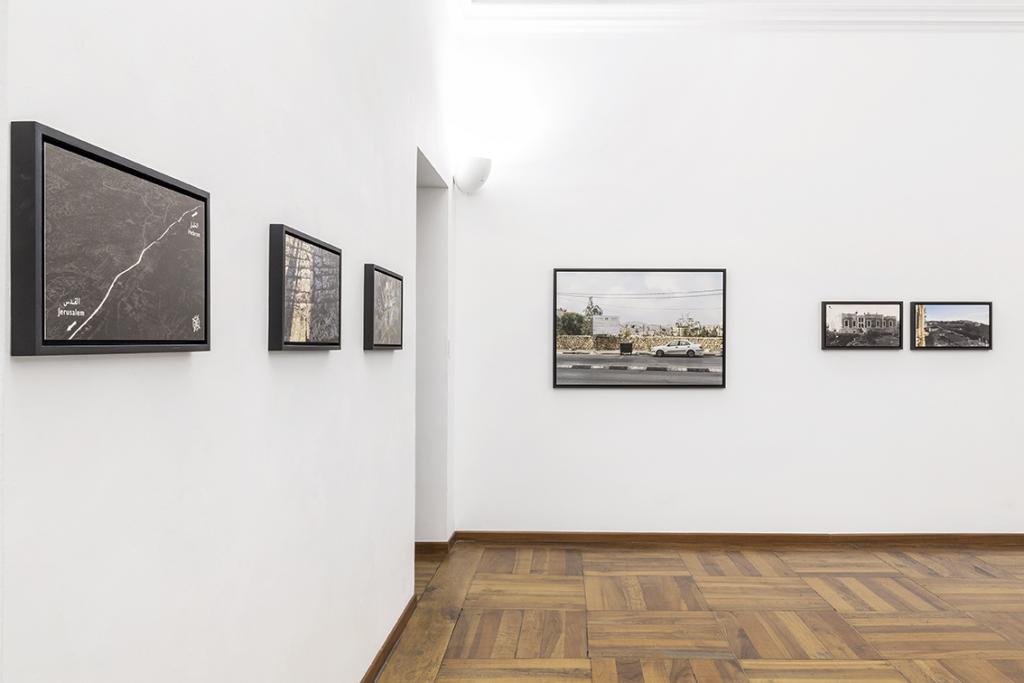 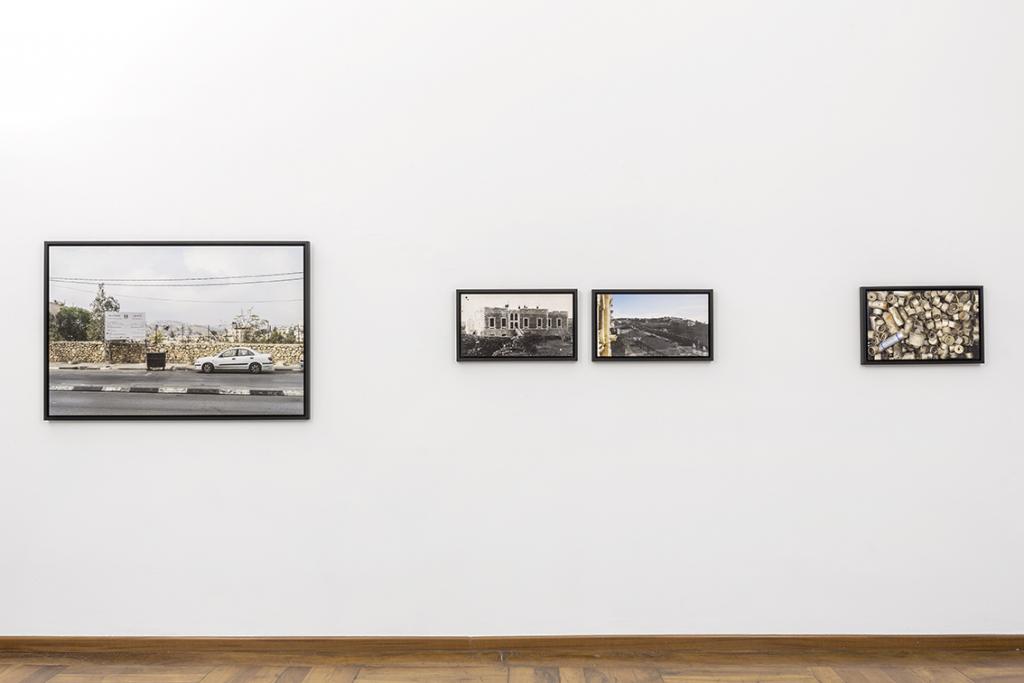 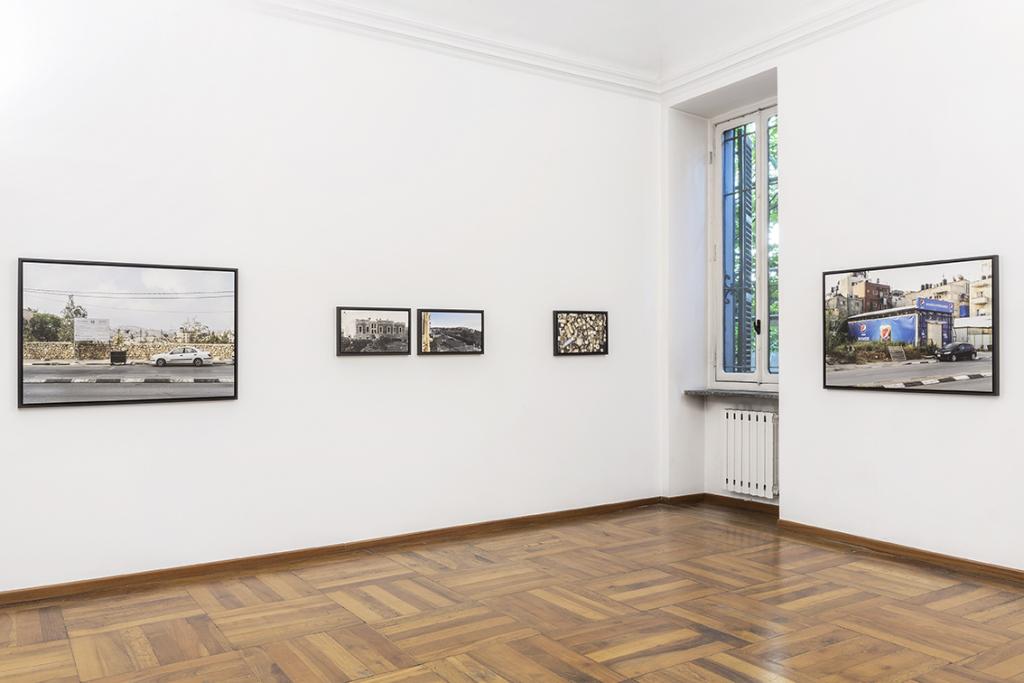 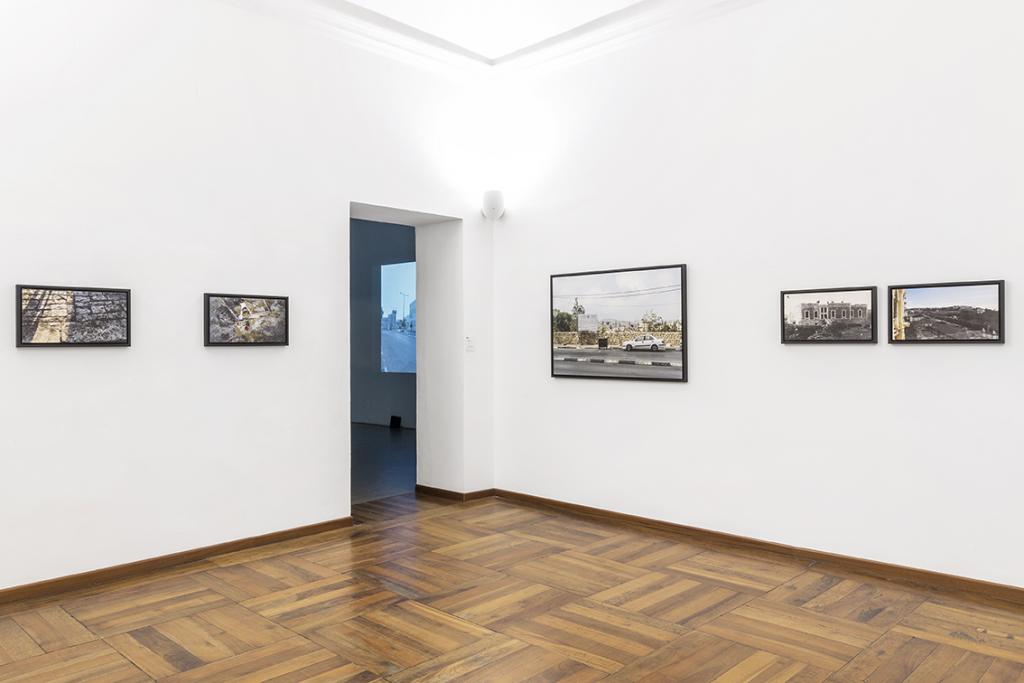 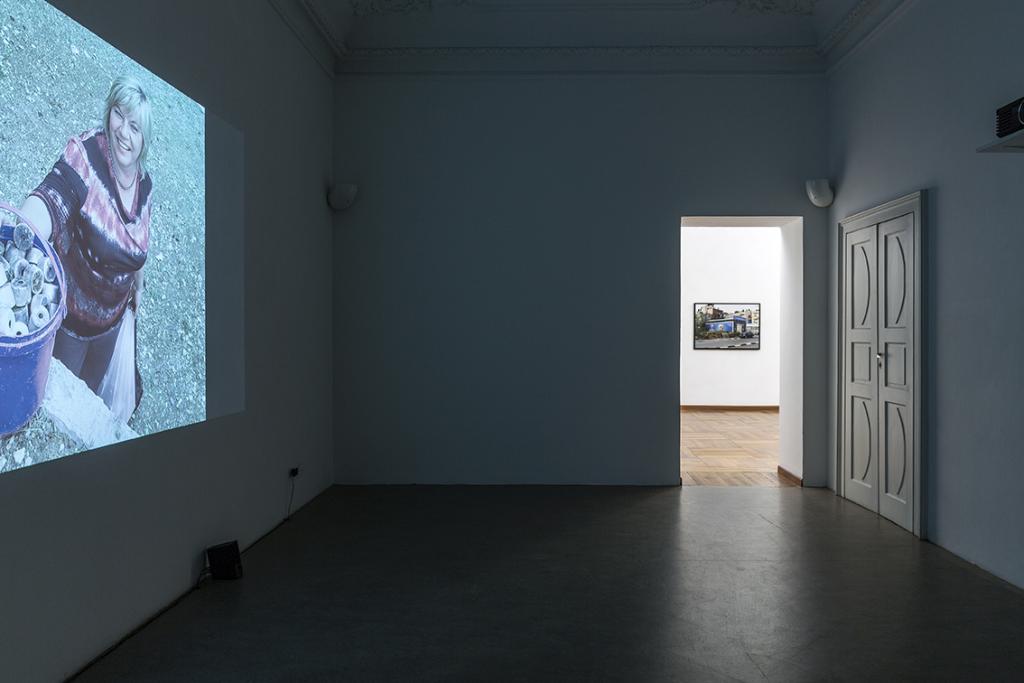 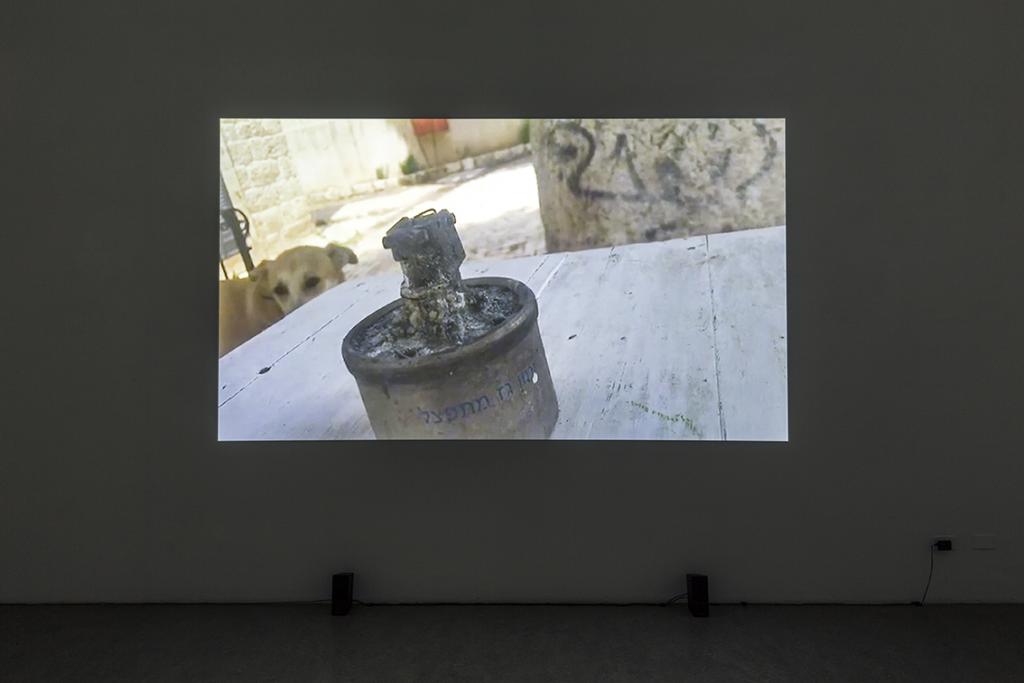 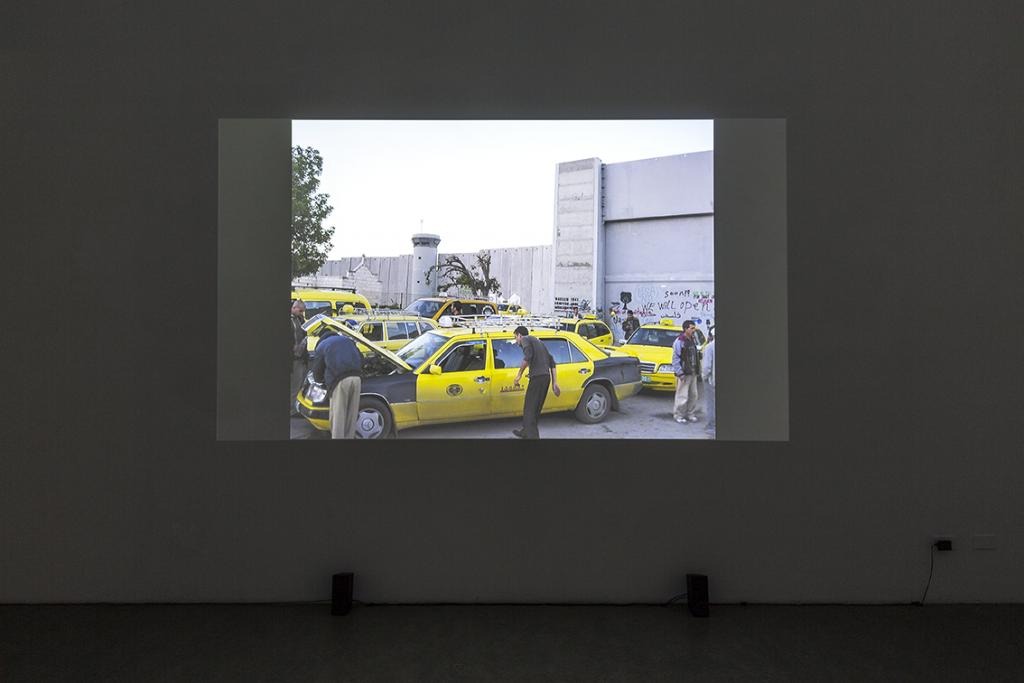 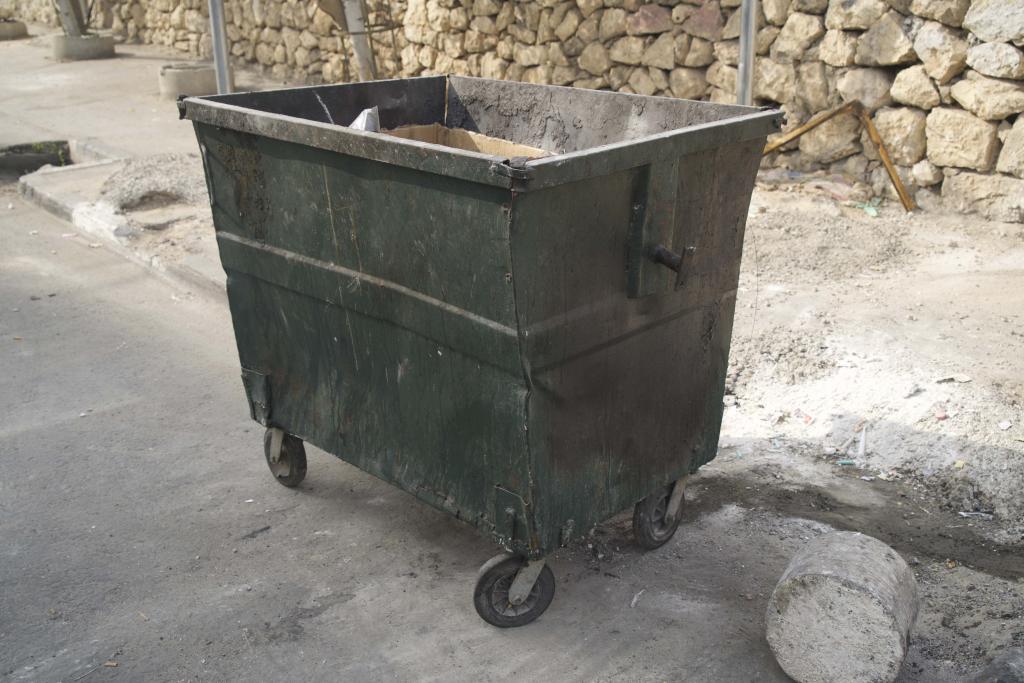 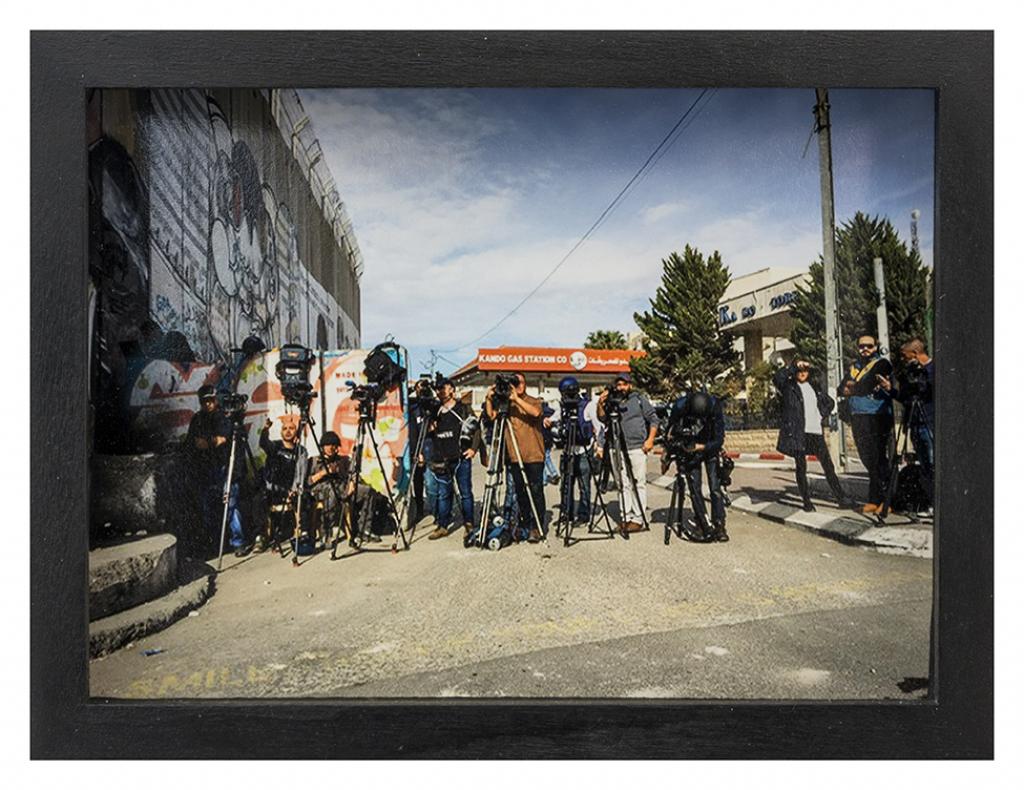 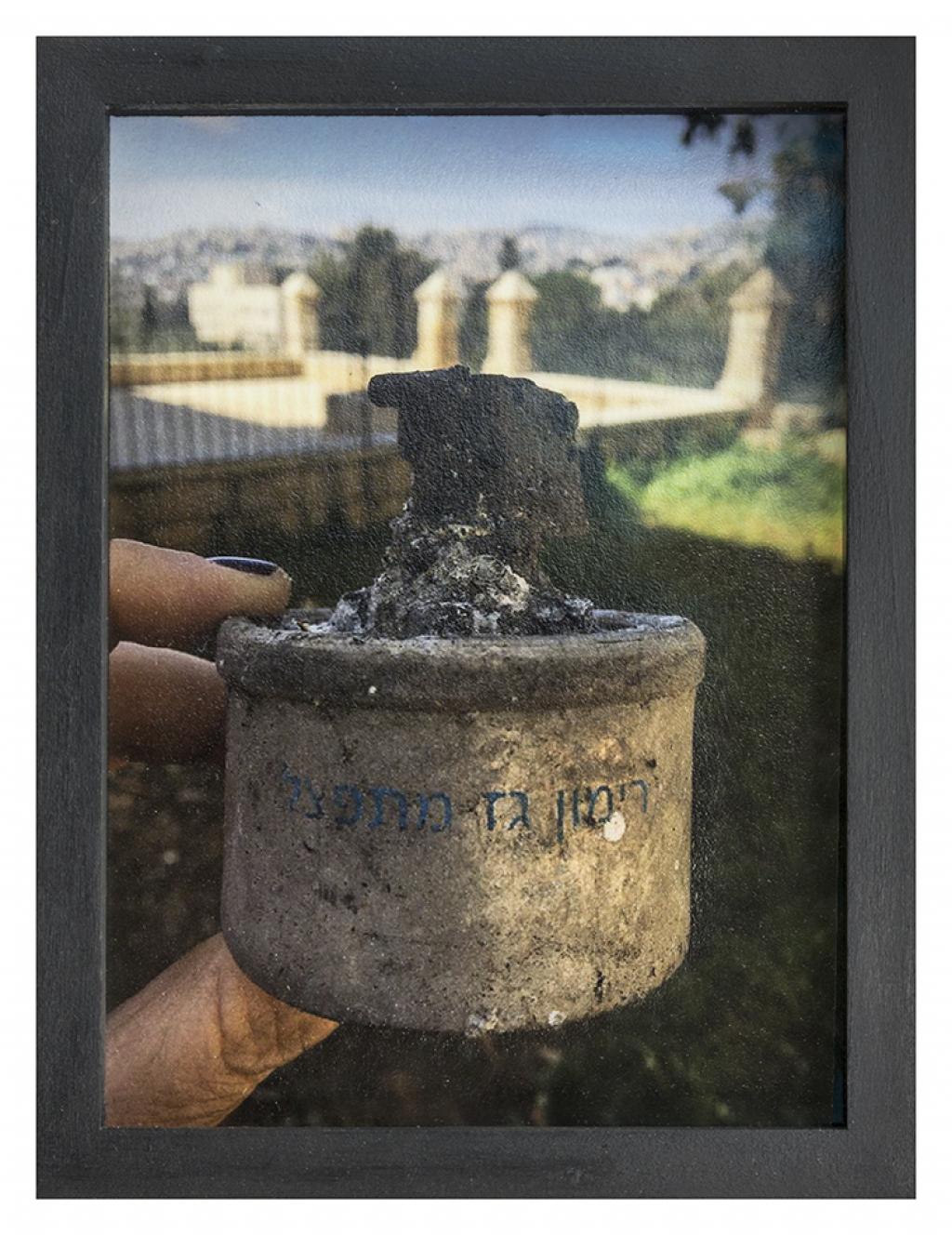 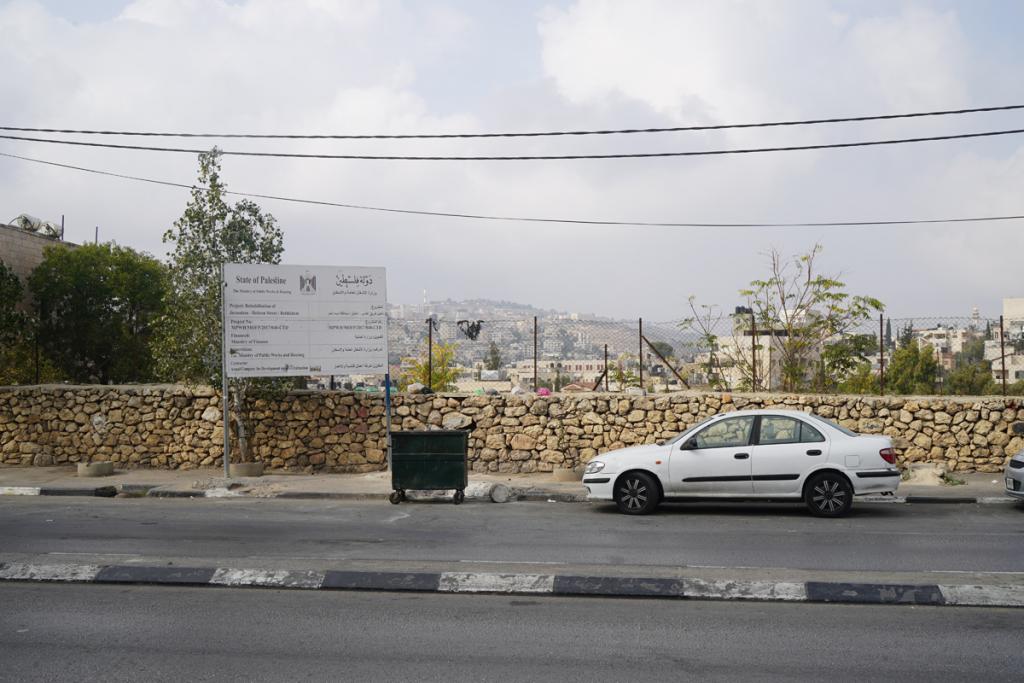 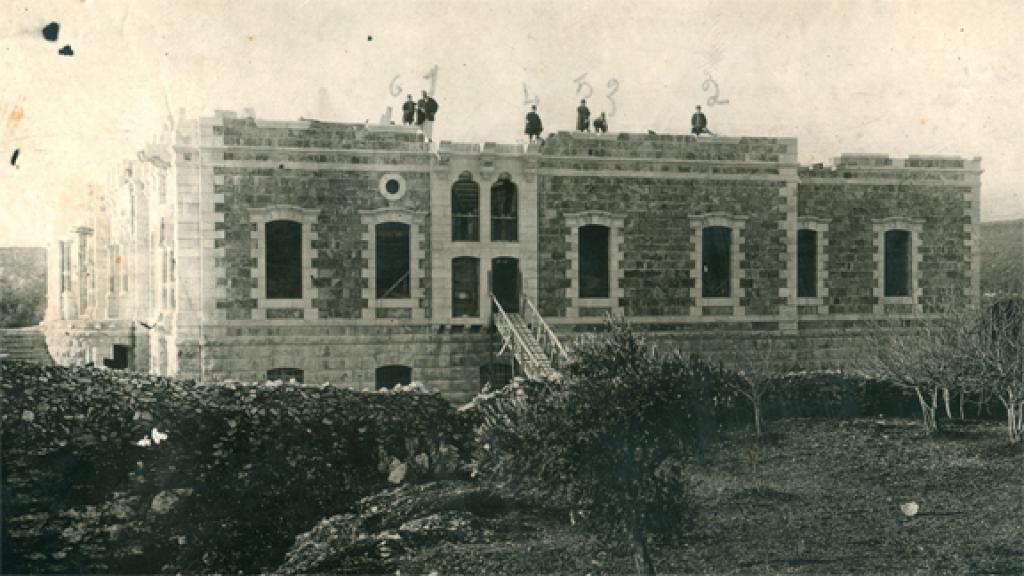 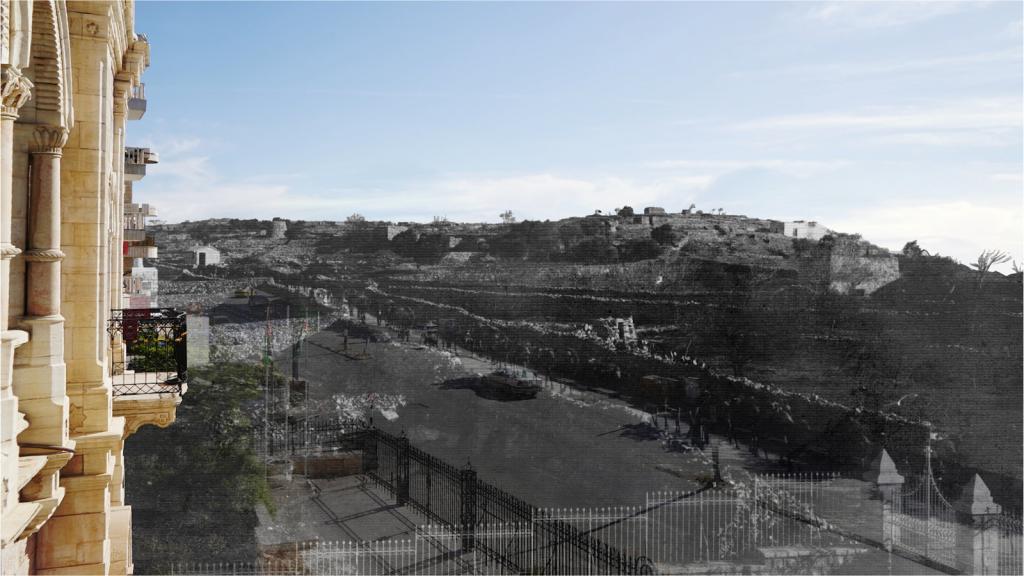 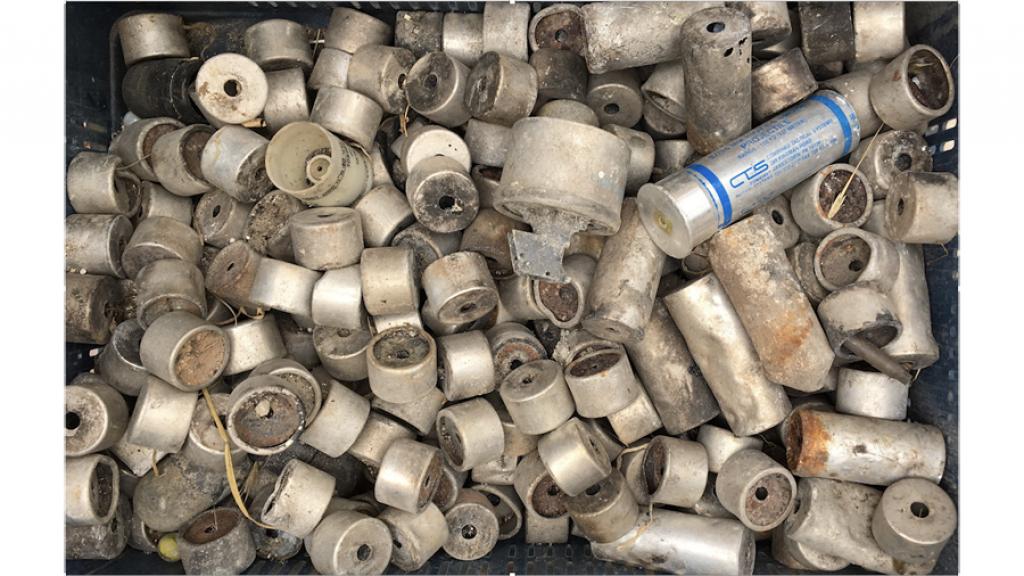 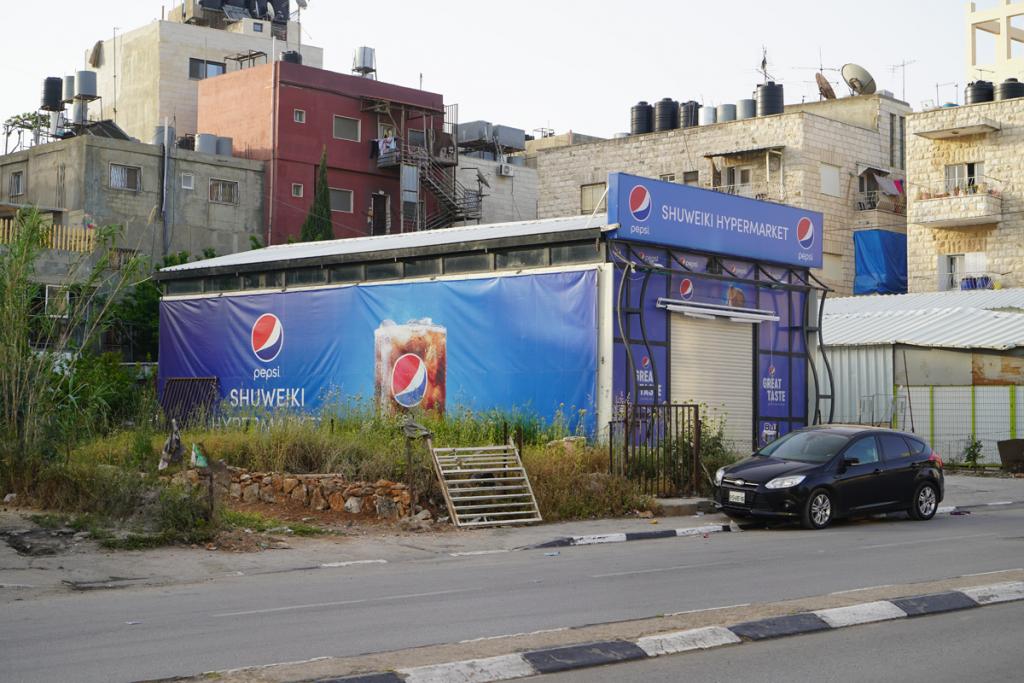 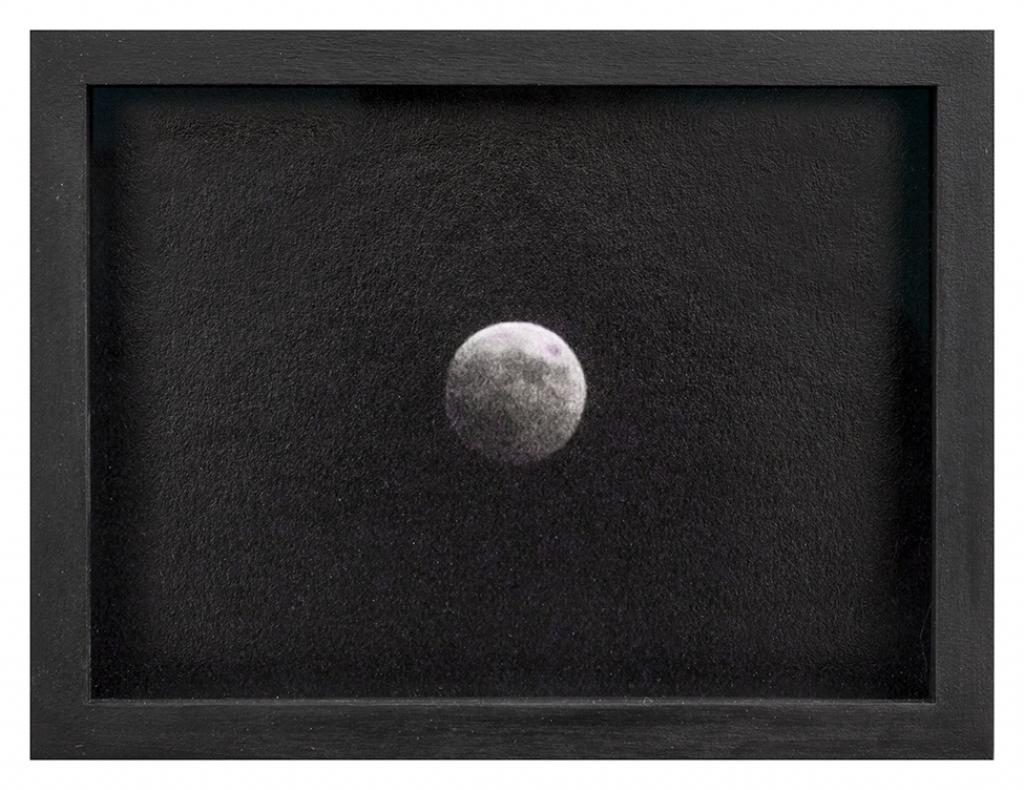 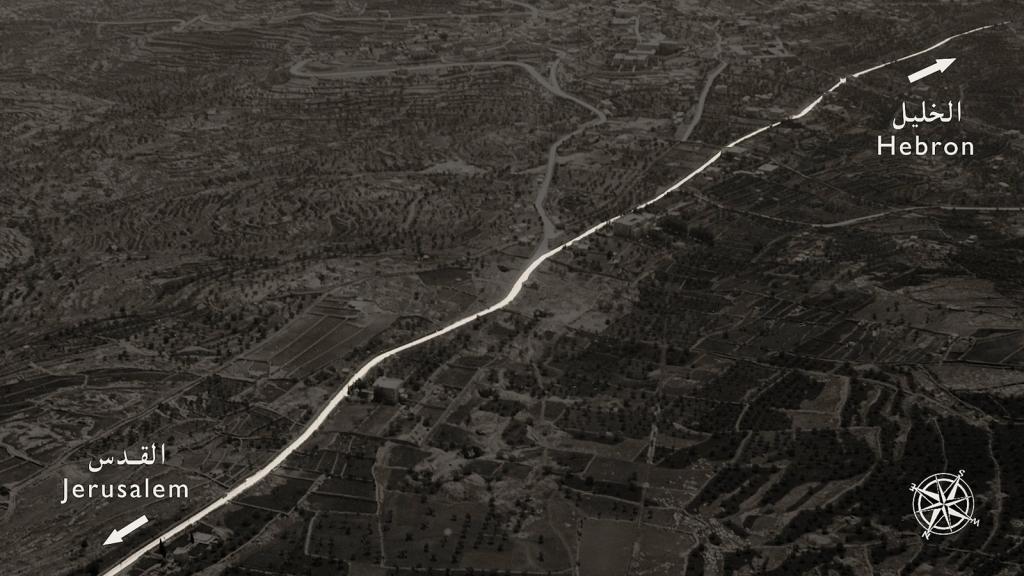 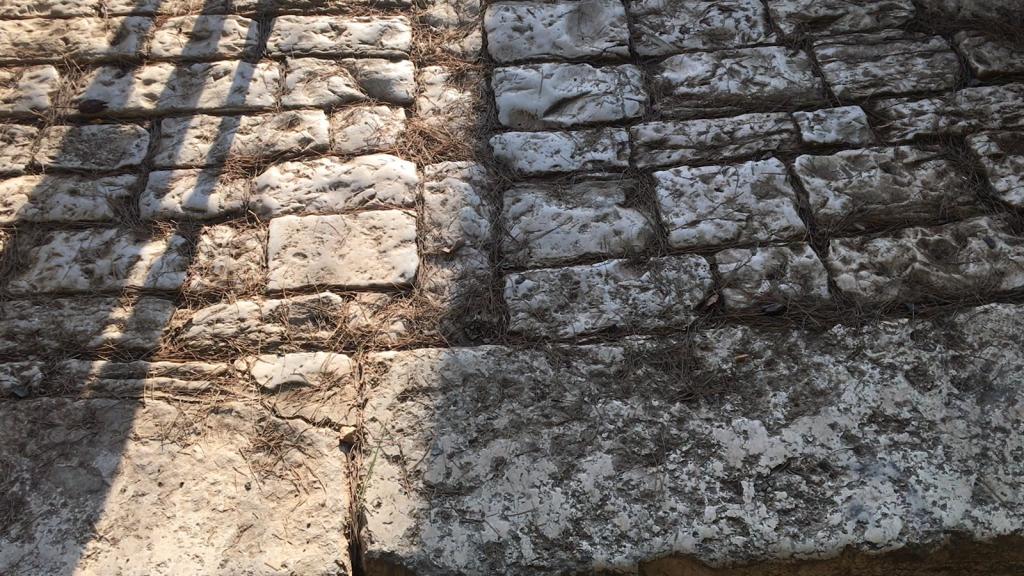 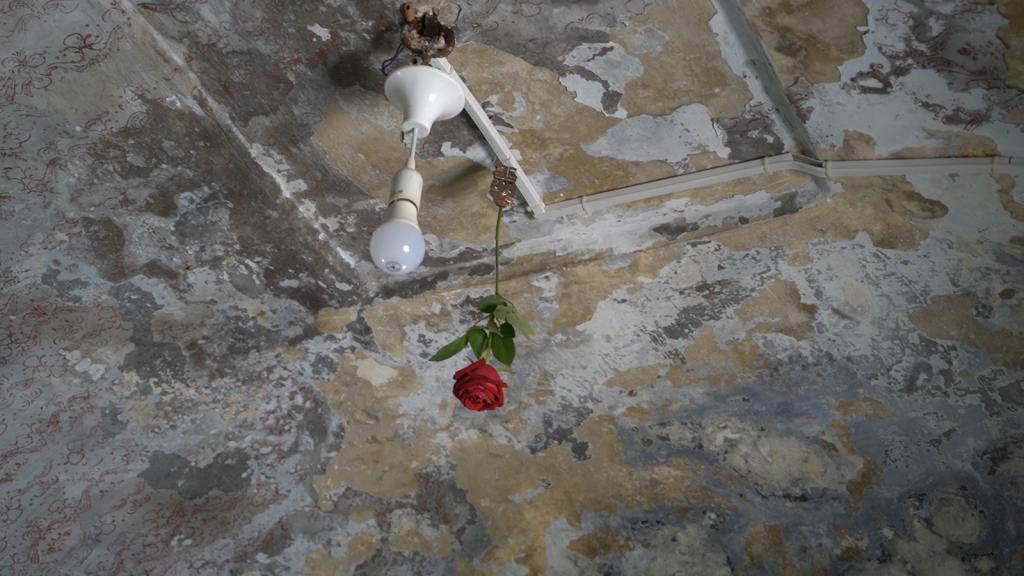 A few weeks after the bombings in Palestine that have reawakened the attention of the media, the film that Emily Jacir presents in Turin - together with photographs and film stills in her third solo show at the Peola Simondi Gallery - transports us beyond the most recent violence.

Produced in 2019, letter to a friend, is a journey through time and space, which begins and ends with the artist's footsteps as they traverse the present, the future and the past, at all times being physically as well as symbolically anchored in the ground - of a house, a garden and a street.

letter to a friend details a century in the life of a house and a street in Bethlehem, interlacing images, textures, movements, traces, and sounds, the result of decades of documentation. In the film, personal biographies intertwine with the history of a country, Palestine, slowly pulverized into territories and communities in a permanent state of siege.

It is a situated gaze, which starts precisely from the artist's house, built by her great great grandfather, an archivist and administrator of Bethlehem. From that house it observes, travelling across space and time, the borders being constantly retraced, the territory progressively eroded, the passages restricted, in an increasingly claustrophobic condition that finds its physical culmination in the massive wall erected in 2004, a ‘security barrier’ for Israel and an ‘Apartheid wall’ for the Palestinians. The wall is 200 meters away from Jacir’s house and divides their neighbourhood: ‘the wall does not separate us from Israel, it separates us from ourselves.’ Running across the body of the city, it isolates places, hides them and, with predatory intent, it incorporates lands, private properties, cultural heritage sites. Together with the checkpoints, barbed wire and control posts, which were put in place as a symbolic and psychological function of intimidation rather than effective operational power, the wall redesigns the places and forms of living according to a war planning.
The film opens with an image of some of the thousands of high toxicity tear gas bombs collected by the artist in her garden, a dramatic unit of measurement of everyday life that poisons the bodies and lives of the people living along the road that connected Jerusalem to Hebron, a road that since time immemorial has been travelled by pilgrims and ordinary travellers, and is now divided by the wall and occupied by Israeli soldiers.

The filmic story sometimes pauses in the iconic fixity of the still image: the dark silhouette of an immobile body, enveloped by the thick and white fog of gas, in a non-recognizable place, becomes the emblem of an existential, social and political condition, which is always individual as well as collective. In the gallery spaces, the film finds a sort of conceptual, emotional and subtly poetic punctuation in a selection of photographs and film stills: the moon, a ceiling animated by the incongruous beauty of a flower, a dumpster capable of transforming itself into a bulwark of resistance, a war relic.
The narrative voice of Emily Jacir accompanies the flow of images and sounds, which her story returns to the status of evidential documents: photographs and videos taken along the road and its surroundings, as she observed over the years; a settlement progressively growing and taking the place of a forest on confiscated land; or the vineyards surviving the weight of the boulders and the road which crushed them, as well as the destructive raids of the settlers. Cartographic maps, aerial images, historical photographs, kept in her personal archive, show us how places have changed over time, such as the large family palazzo, built in 1910 next to the house and which they lost in the 1930s due to the family going bankrupt and losing everything. The building later became a hotel, where the deafening music and the foolish euphoria of weddings occasionally alternate with sniper fire. Some ‘live’ visual materials reference the language ​​of street journalism, which has accustomed us to the abuses and injustices that are perpetrated in the squares and streets of cities around the world. Making injustice visible, acting where human rights abuses and violations have been committed, starting from buildings - this is the goal of Forensic Architecture, a multidisciplinary group founded by Eyal Weizman. He is the artist friend to whom Jacir addresses her visual ‘letter’, requesting to officially open an investigation ‘before a crime is committed,’ before the house is occupied by settlers, like other places in Palestine, in a progressive and unstoppable fashion. From a city reduced to 13% of its original territory and encircled by more then eighteen illegal settlements, the artist entrusts knowledge and the evidential value of documents to form a countermeasure, and attempt to anticipate ‘expected’ violence.

The time shifts on which the film is built have undergone a paradoxical reversal in recent days, as the omen has turned into harsh reality: on May 15, Emily Jacir's house was ransacked and temporarily occupied by the Israeli army. For some years it has been home to the art centre Dar Yusuf Narsi Jacir for Arts and Research, founded by the artist and her family, Emily is the centre’s executive director, and she works there with Aline Khoury, hosting international artistic residencies and a cultural and educational program aimed at the local population. As many articles published in Art Forum, Art News, The Art Newspaper and other international art magazines report, there was extensive damage to the entire building, including the artist's home and studio. The offices were looted and computers, hard drives, cameras, telephones, books were confiscated. Their Urban Farm was completely burned down.

The friend evoked by the title letter to a friend, a real interlocutor and at the same time a narrative persona, is also the ‘you’ with which she addresses the public, us, as we are all called upon to listen attentively, to think, beyond the inactive forms of compassion and moral indignation, as Susan Sontag wished when she thought of the role of images "in the face of the pain of others".

The film letter to a friend was commissioned by the Fisher Center in Bard, where in November 2019 it had its world premiere at the Live Arts Bard Biennial.

Emily Jacir lives in the Mediterranean and is an artist and filmmaker who is primarily concerned with transformation, questions of translation, resistance and silenced historical narratives. Her work investigates personal and collective movement through public space and its implications on the physical and social experience of transmediterranean space and time. Jacir has built a complex and compelling oeuvre through a diverse range of media and methodologies that include unearthing historical material, performative gestures, and in-depth research. Jacir is the recipient of several awards, including a Golden Lion at the 52nd Venice Biennale (2007); a Prince Claus Award from the Prince Claus Fund in The Hague (2007); the Hugo Boss Prize at the Guggenheim Museum (2008); the Alpert Award (2011) from the Herb Alpert Foundation; and the Andrew W. Mellon Foundation Rome Prize Fellowship at the American Academy in Rome (2015). Recent solo exhibitions include the Irish Museum of Modern Art, Dublin (2016-17); Whitechapel Gallery, London (2015); Darat il Funun, Amman (2014-2015); Beirut Art Center (2010); Guggenheim Museum, New York (2009). She has been actively involved in education in Palestine since 2000 and deeply invested in creating alternative spaces of knowledge production internationally. She is the Founding Director of Dar Yusuf Nasri Jacir for Art and Research and was recently the curator the Young Artist of the Year Award 2018 at the A. M. Qattan Foundation in Ramallah "We Shall Be Monsters".