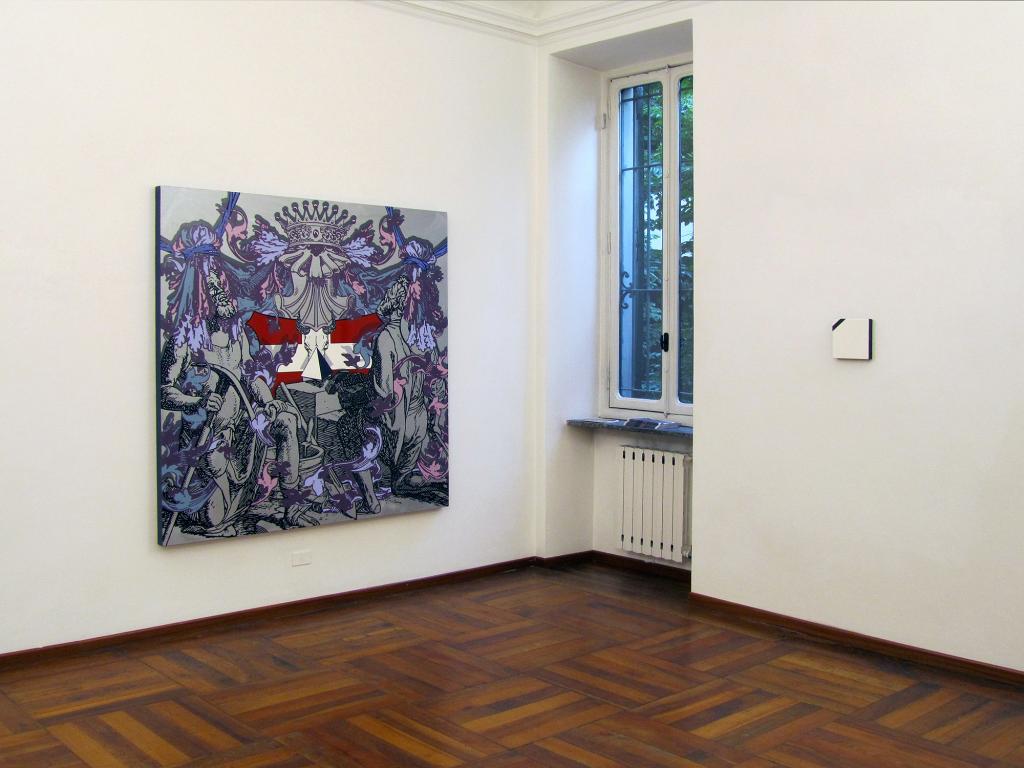 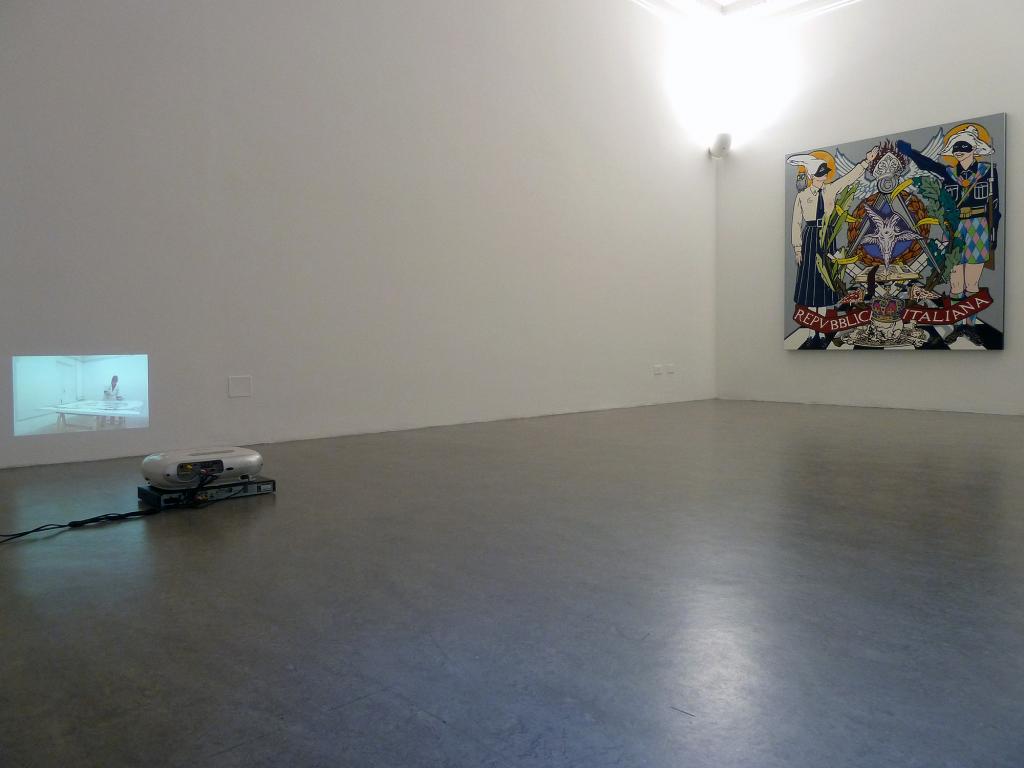 Alberto Peola Gallery is pleased to present the second exhibition of work by Gabriele Arruzzo.
The work in this exhibition grows out of the context in which it has been organised: the city of Turin, currently at the centre of the 150th anniversary celebrations of the unification of Italy. If we ask of artists to show us facts and representation from a different perspective, Arruzzo has chosen to do so by leading us into the shadier, lesser known and uncelebrated regions of that complex historical phenomenon known as the Italian Risorgimento and to refer the spectator, beginning with the title L’affossamento, to the idea of an unfinished project and revolution that in part betrayed its ideals.

«In preparation for my new solo show in Turin, I should say that I began studying history in a way that I hadn’t done for a long time. I learned the usual things about the Risorgimento that we are taught at school, and which I believed to be true. But, in actual fact, things were much more complicated… and understanding them is a daunting task. What I found interesting is its myriad complexities and the contradictory nature of celebrations in Turin, celebrations which seem to catalyze a pride in national identity, a desire for reawakening and a call for active involvement of citizens on the one hand and divisionism, narrow-mindedness and an unwillingness to take ideological stances on the other. The latter have become so popular in Italian society today… “Betraying” the original ideals, which are once again being proposed today, albeit in a different context, lends a superficial air to current celebrations. We are being asked to celebrate a glorious past, even if the last 150 years were not glorious. And at the same time we are avoiding issues regarding the present.
Everything is the opposite of everything, as in the popular print from the late 1800s whose oxymoron image portrays a Garibaldi-Christ, reflecting an Italy that based so much of its glory on “poets, artists, heroes, saints, thinkers, scientists, navigators and transmigrates” (taken from the facade of the EUR building in Rome) and which now has to come to terms with a tired, old and worn out identity… affossato. I am celebrating today’s Italy by reinterpreting the shield of the Italian republic, created by the Turinese artist Paolo Paschetto in 1948. I’m also celebrating the work of brigands with a portrait of Terenzio Grossi, a bandit who terrorized the inhabitants in the country and mountains around Pesaro and Urbino at the dawning of the united Italy. Blending fear and respect, older members of the farming communities in the region still tell tales of his escapades and struggle to oppose the Sabaudia army. The resplendent and seedy character of Turin, Italy’s first capital, provides a magnificent example of these contradictions, which I have also celebrated. Painting is the perfect medium to capture these contradictions, a glorious antique and heroic means of expression that only with the empty rhetoric of combining images of an ideal past finds it’s raison d’être».