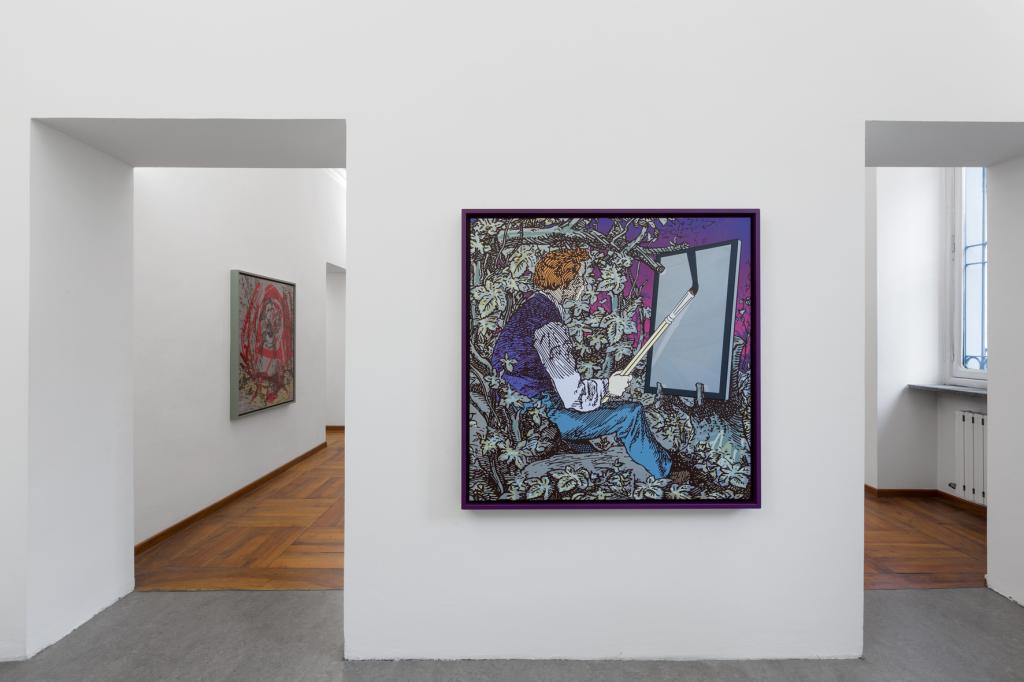 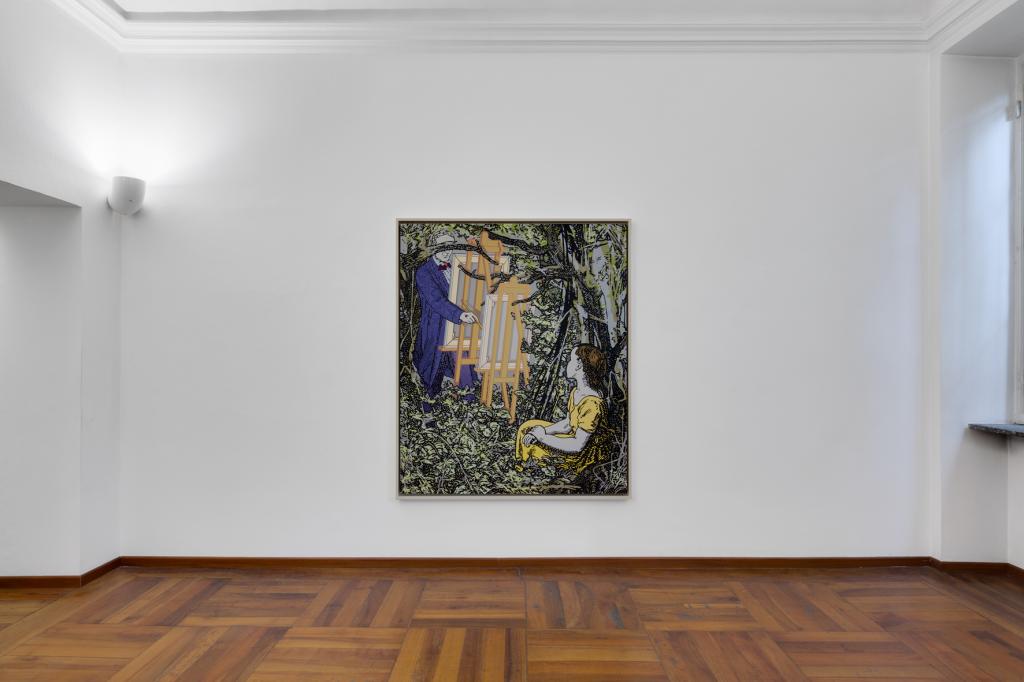 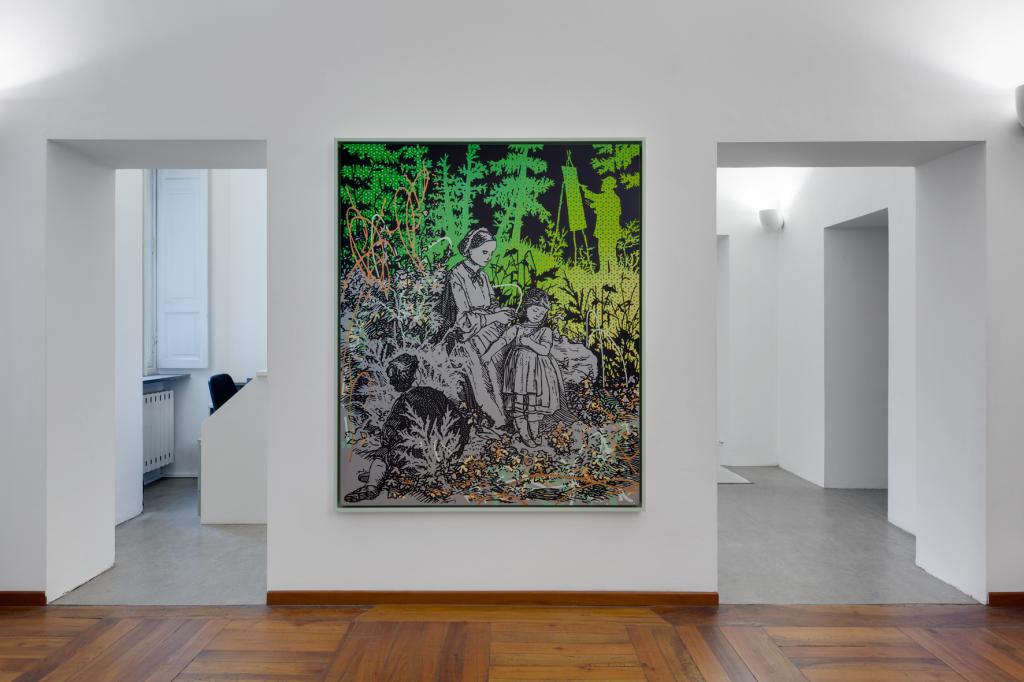 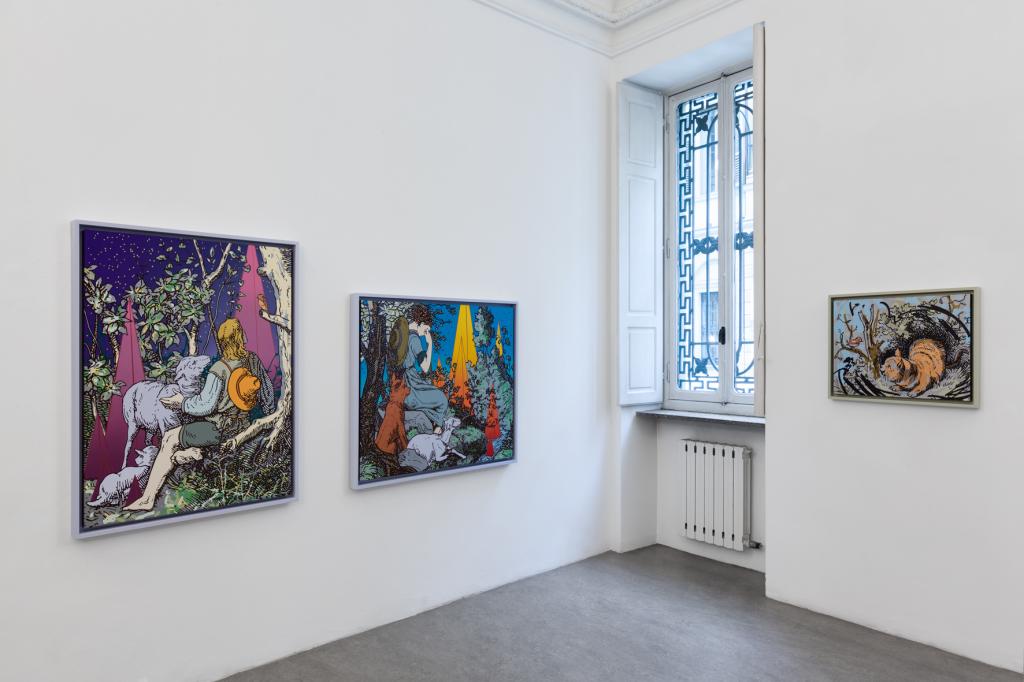 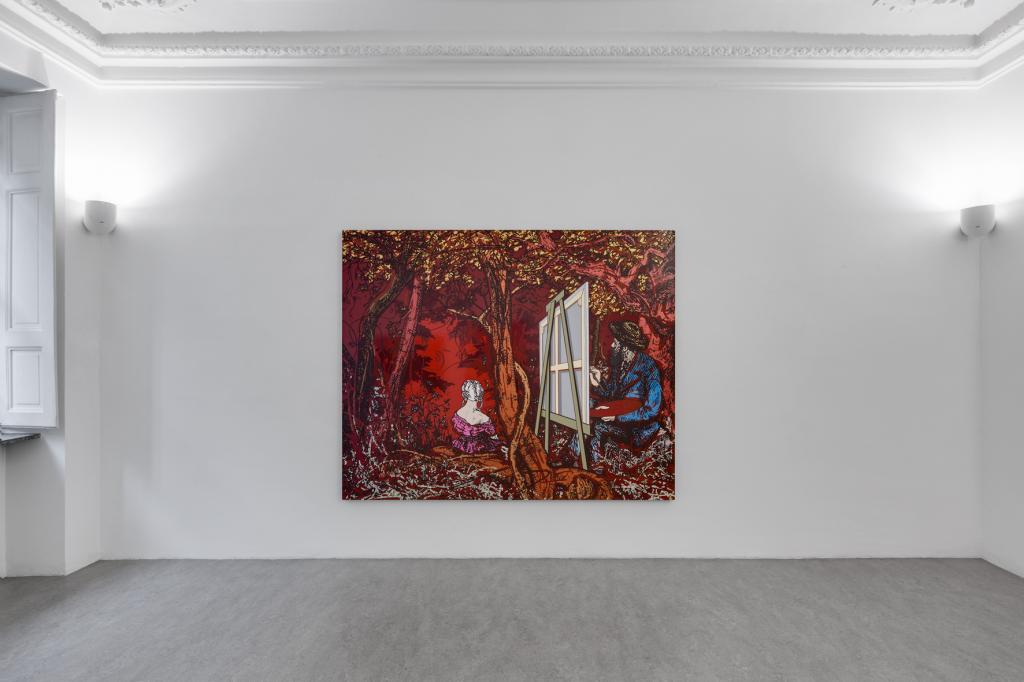 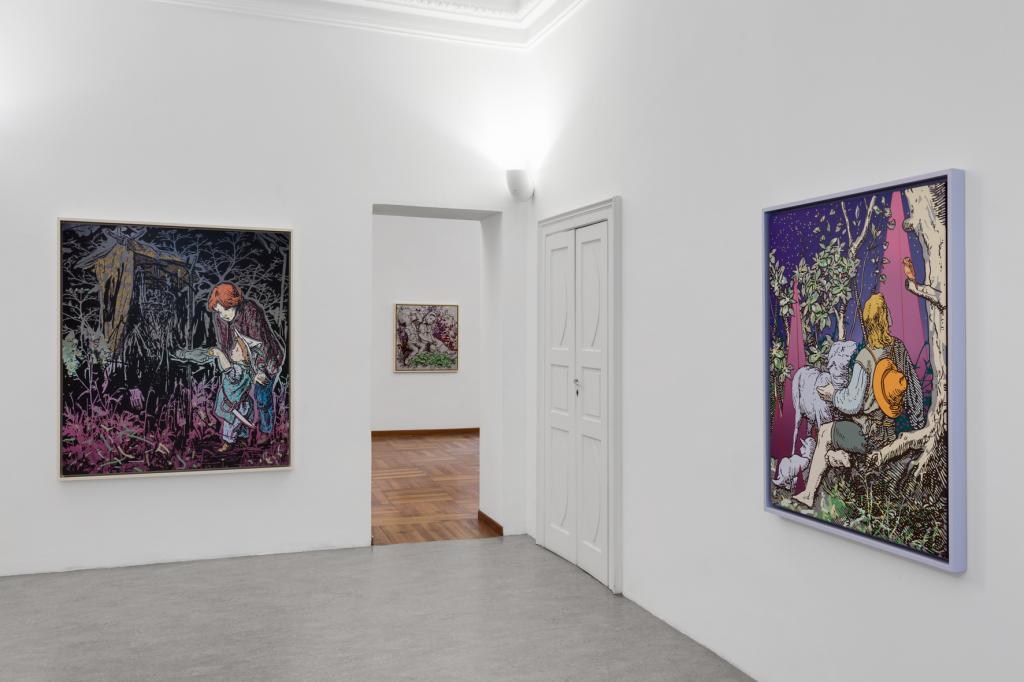 The Ghost of Nostalgia

I first met Gabriele Arruzzo in 2003. His work was on view in a group show curated by Luca Beatrice and Guido Curto, entitled At least 16 minutes (slightly longer than the ephemeral celebrity prophesized by Andy Warhol). The exhibition was at the Galleria Art & Arts, an art gallery that was rather short-lived. Arruzzo’s work was inspired by the triptych Three Studies for Figures at the Base of a Crucifixion (c. 1944) and, since Bacon had been the subject of my dissertation a few years before, it captured my attention. We talked about it for a long time, in the street.

We haven’t had many chances to meet again since then, but we have kept in touch quite regularly. What I found, and still find interesting about Arruzzo is the perseverance of his investigation – I mean his painting, his treasured subjects, his technical obsessions and the meticulous study of objects. I am fascinated by his anachronism, his infinite love for Piero della Francesca that gained him a teaching position at Urbino Academy, where I was personally a witness to his students’ devotion – all the more anachronistic in the glamorous scenery of Italian art, where being a painter doesn’t help, even less so if you are an educated painter.

Should anyone have doubts about that, I recommend the small but valuable catalogue of his previous solo exhibition in Milan in 2015 at the Galleria Giuseppe Pero. Alongside an interesting introduction by Alberto Zanchetta, the catalogue contains many pages, photocopied or underlined, from books covering the most diverse fields of knowledge –Piero della Francesca, Dürer, and Malevič, as well as anthropology, art criticism, theology and history. All this precipitates chemically in a cycle of works, collected under the title Apocalypse with Figures, which could safely dispense with all those theoretical references.

In my opinion, this is what good painting is about – building solid foundations and making its understanding in-essential. It goes without saying that such inessentiality does not rule out the possibility to explore those foundations, in order to try to solve – or, at least, to look with deeper awareness at – Arruzzo’s paintings, which Ivan Quaroni has aptly dubbed “visual oxymorons” (see Laboratorio Italia. Nuove tendenze in pittura, Johan and Levi, Milan 2007, p. 24).

This is one more evidence of the goodness of his work: his paintings speak by themselves about themselves; they produce an effect of estrangement not only on visual perception - which could well suffice - but also on the intellect, thus making it possible to engage in a dialogue with them, and desire to learn a language capable of establishing a two-way communication (at least virtually), and try to not simply listen to the work but also respond to it. It’s the famous – in fact, sometimes infamous – twofold reading, which must not by any means be taken as a merit ranking.

All this is true also for the new cycle of works, Arcadia. Two years of work which, believe me, have truly absorbed the artist, who has revolutionized his working method. Surely, in a work like Arruzzo’s, revolutions never have a radical, Copernican scope, which does not mean they are inconsequential. This time Arruzzo worked alone, unassisted. His method of working has changed: if once he started from a clear general plan which he then transposed onto a canvas by drawing the outlines and then filling them with colours, now he ‘plays it by ear’ according to a less well-defined plan, which turns the drawing and the colours into independent variables.

The result is under your eyes and, however vaguely you may remember the 2015 works, you cannot miss a crucial difference: the staticity of previous paintings has given way to an unprecedented mobility thanks to a kind of abstract basis, “redefined in view of its alleged figurative aim,” as the artist himself puts it (the most obvious example is represented by untitled (peasant girl)).

Technique is not the only area of experimentation. The choice of subjects has equally been affected by a sea change. If in Apocalypse with Figures Arruzzo’s attention was focused on the ongoing tragic geo-political tensions in our planet, in his recent work any intimation of current affairs, even in the most subtle of forms, has disappeared. Or, better, it has sunk. It’s a comeback to the fundamentals, which, it seems to me, is in accordance with director Christine Macel’s choices in the latest edition of the Venice Biennale. However, Arruzzo makes his comeback a radical one, as is apparent in the title Arcadia as well as in a profusion of topoi, rhetorical-pictorial stereotyped figures – the painter working en plein air (it is hardly necessary to highlight the allusion to Paolini), the painter and his model, the little shepherd and shepherdess, the peasant girl and even the kitten.

Is this a sign of the final solution of that visual oxymoron Quaroni was talking about? Rather the opposite, actually. In fact, the dark colours surface once again, at times harsh (a season in limbo (night never ends inside myself)), at times more subtly uncanny (the acid-coloured pyramids peeping through the boughs in untitled (little shepherdess) and untitled (little shepherd) are obvious examples of Unheimlichkeit, i.e. something that unsettles a familiar context or scene.

This is where we can find the common ground to all of Arruzzo’z works, including the latest innovations of Arcadia: the nostalgia that speaks through the bucolic subjects is a nostos, a homecoming marred by the fact that the familiar, reassuring haven has never existed. “The great English landscape painting developed at a time when the fog mixed with the smoke of chimneys was so thick you couldn’t see your hand in front of your face,” as the artist aptly puts it. What can be more Unheimlich than something familiar unsettled by a small but telling system error than the ghost-like character of that house in which that familiarity was supposed to have taken place?

Meanwhile, in golden garden (observing oneself while observing), the landscape turns red, the model looks away and the flight paths of leaves and birds take the shape of a tag.