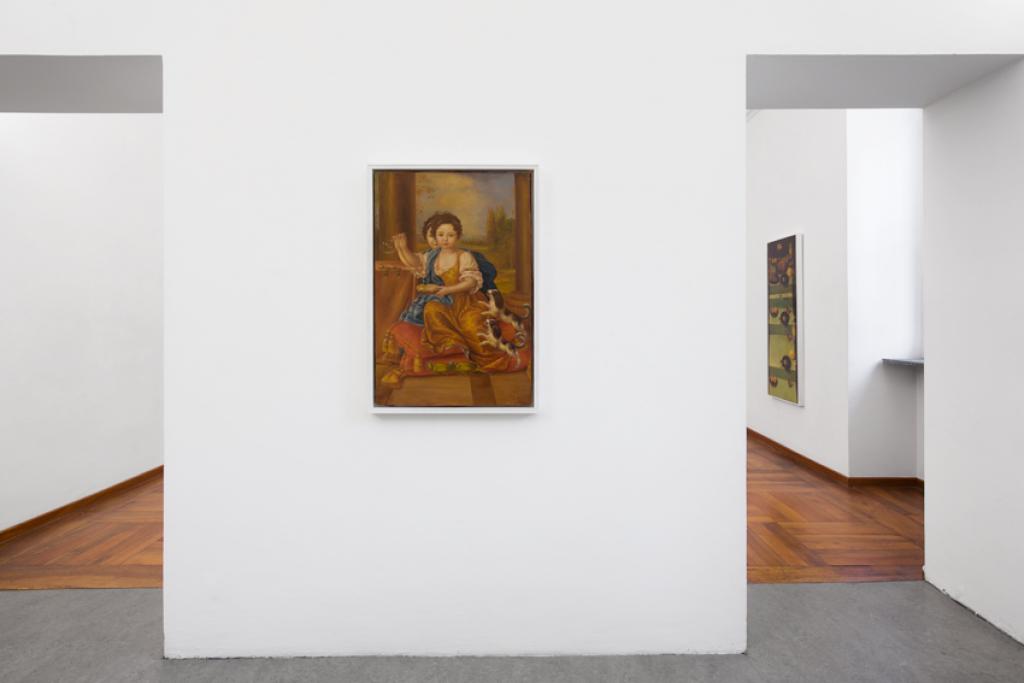 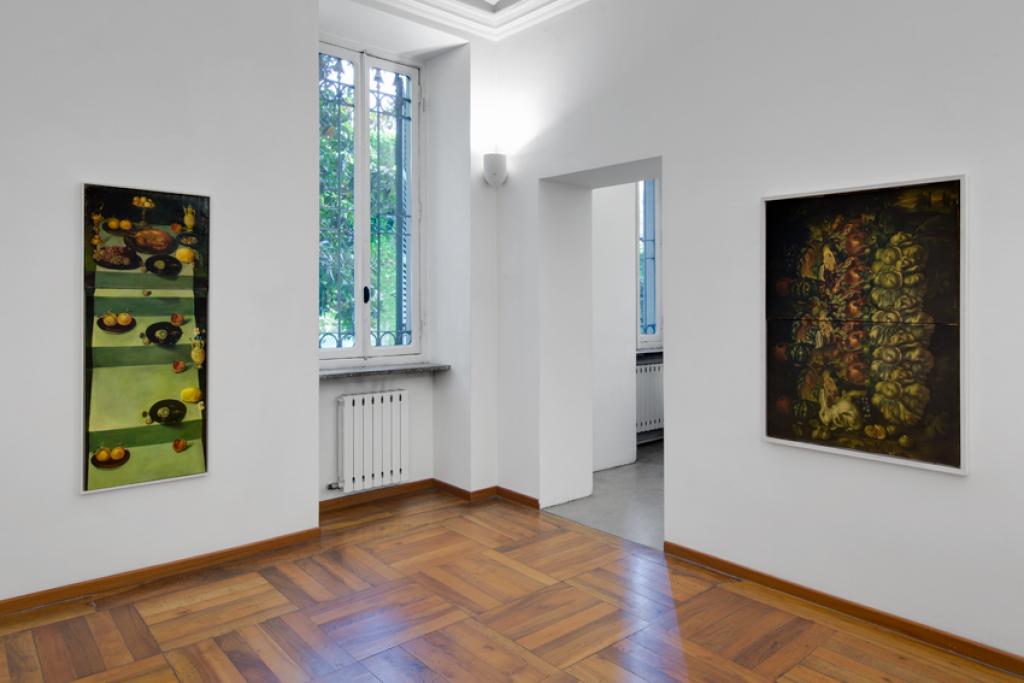 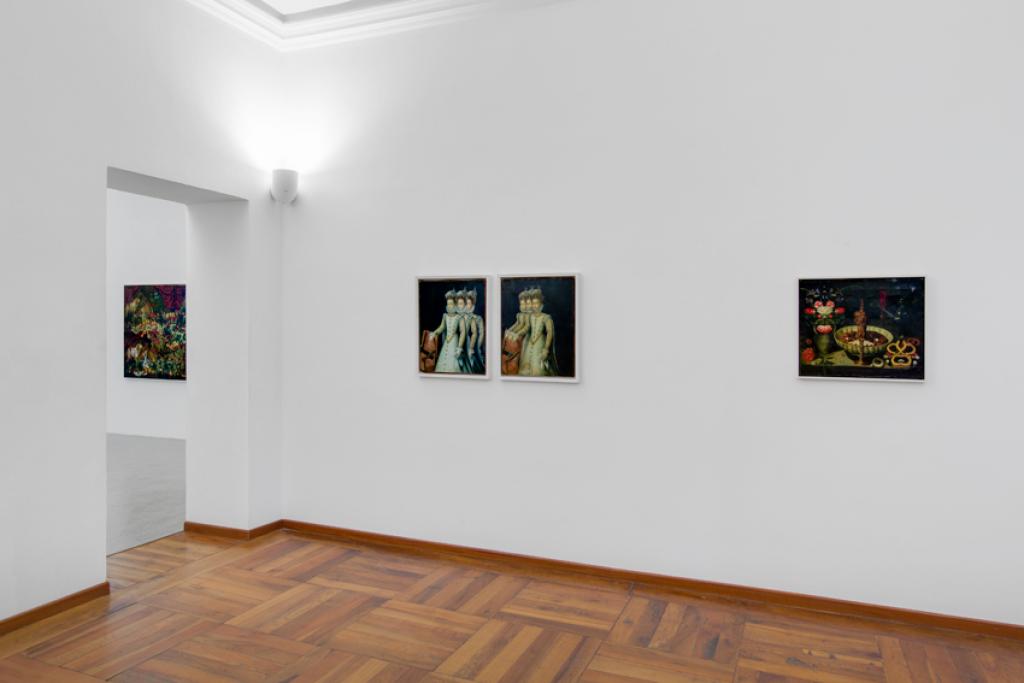 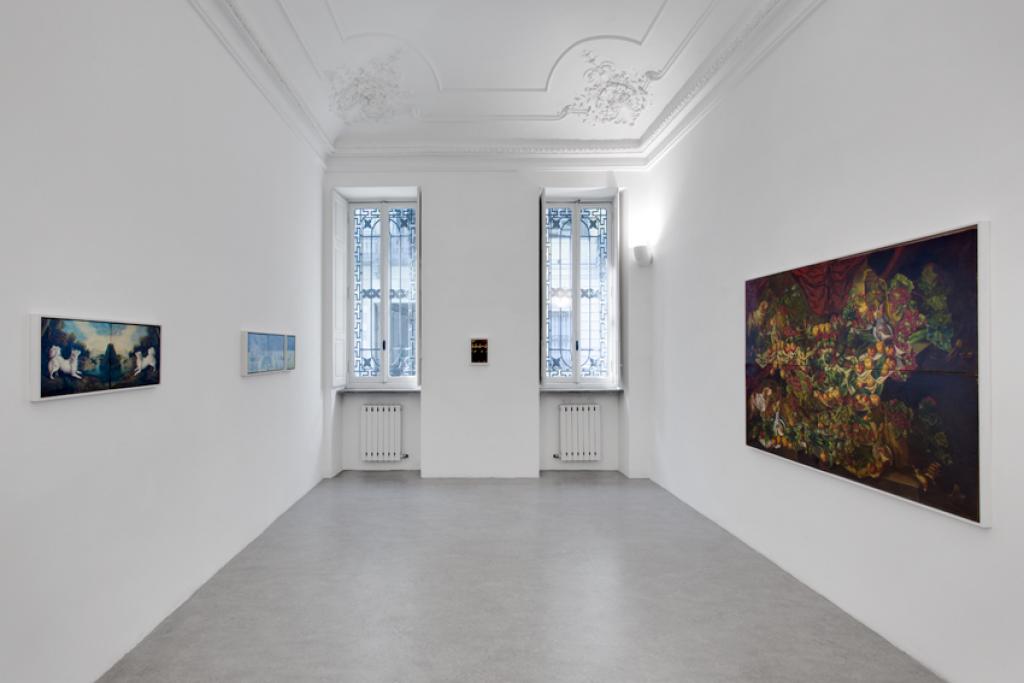 The Alberto Peola Gallery is pleased to host Reflecție/Repetiție, a solo exhibition of Cornelia Badelita’s work. (Radauti, Romania, 1982. Lives and works in Torino).

Over the last few years, Cornelia Badelita has been collecting reproductions of old paintings with great curiosity and perseverance. Her collection consists mainly of copies of paintings dating back to the 16th, 17th, and 18th centuries, mostly still lifes or portraits by more or less well-known artists. The reproductions were made in the 1990s by anonymous Chinese copyists, the so-called Mao's portrait artists, who reinterpeted the history of western art in accordance with their skills and tastes. Badelita's investigation into these paintings focuses on two aspects: the repetition of the gesture and the condition of simulacrum. These provide a vast array of copies, orphaned of their original, which in turn are transformed by Badelita.

The artist has long questioned the essence of originality and wondered if and how it would be possible to grapple with this concept through its copies. Is the original to be found through layering all its copies, one on top of the other? Or is it preserved in what is left in their subtraction? Does it hide where the brushstroke is more spontaneous, smooth and bold – or, on the contrary, does it surface where the painter's hand has become unstable, shy, in the cautious and tentative attempt to emulate an especially difficult part of the painting? The artist's questions have taken form in installations. The reproductions, often set one next to the other, are the object of her pictorial manipulation, some hardly noticeable, others vigorous and evident. In some cases, a fragment is repeated with minimal variations until it becomes an abstract element. In others, the object of the artist's investigation is the specularity of the image. Badelita creates self-reflecting worlds, in which colours and shapes face each other. She generates universes which unfold horizontally or vertically, thus losing their original appearance to take on an unexpected one.

Badelita's pictorial manipulation relies on repetition (in Romanian: repetiție) and reflection (reflecție) as the main principles of her art. 'Reflection,' says the artist, 'also in the sense of reflex, finds its symbol in Narcissus and sets itself as the origin of art itself. In traditional academies, good composition in painting is tested though its reflection on a mirrored surface. So repetition is a crucial element in the education and the subsequent production of any artist.' In Badelita's practice as well as in her aesthetics, repetition is charged with profound connotations connected with ritual, the cyclical nature of actions and times, and the sometimes obsessive character of a painter's work.