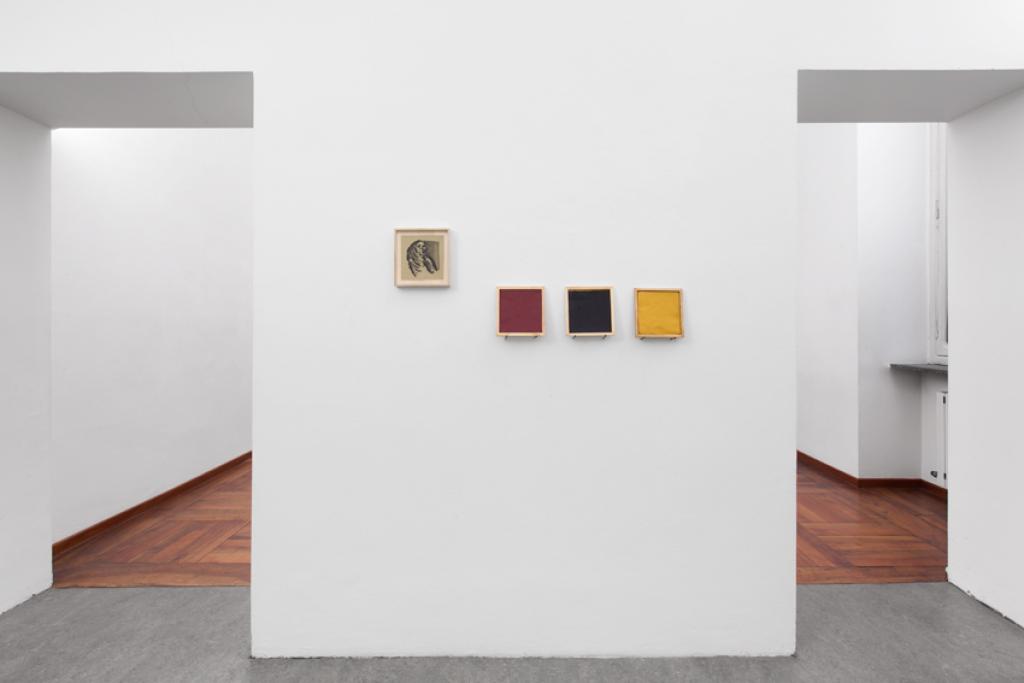 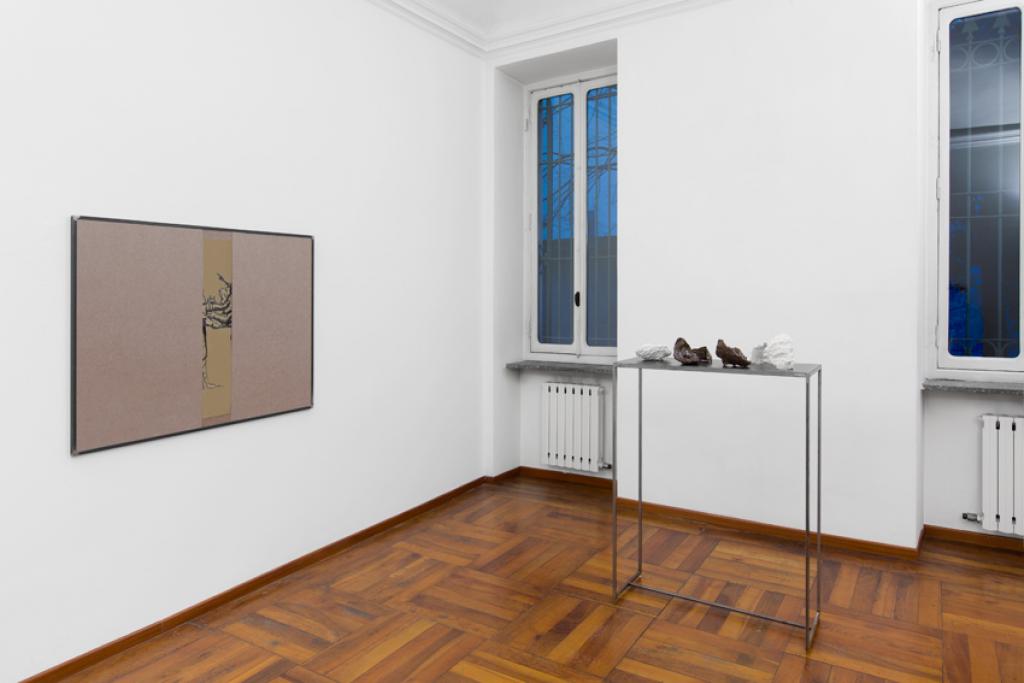 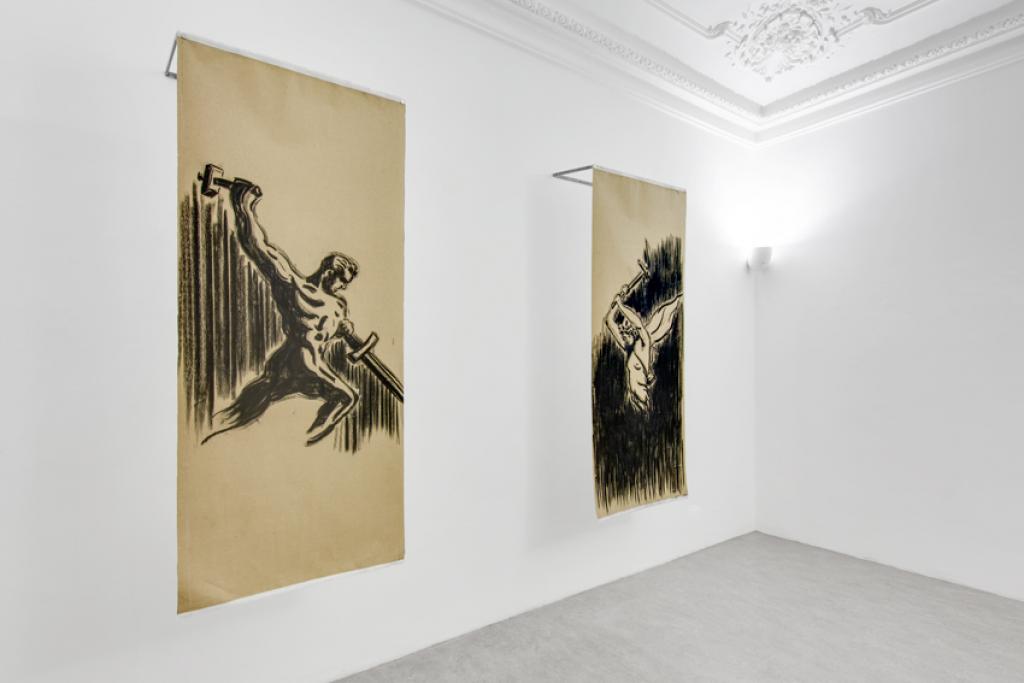 Exhibited here for the first time, these works conclude Cosimo Veneziano’s investigation of the role of sculpture in the public space of contemporary society, as well as of the iconographic and symbolic value of images in political propaganda. In particular, the artist addresses the process whereby a community construes its iconography by selecting some facts and personalities and disregarding others, before the symbol is placed in the public space, be this physical or virtual.

In the two works of the series Petroleum, the drawings on canvas of two sculptures, one representing an androcephalus bull and the other a religious subject, are partially covered by felt to suggest the recent destruction resulting from the conflicts in the Middle-East. This work invites reflection on the import and the effects on people’s imagination of the loss of their collective cultural heritage.

The set of ceramic sculptures titled Membrane comprises reproductions of parts of Greek and Roman statues which Veneziano has deformed through a process of stratification of matter, in which the original exterior of the statue is opposed to what the outside of the cast supposedly looked like. In this case, too, the concealment from sight corresponds to the idea of the loss of a cultural identity over time.

Monochrome II relies on the observer’s gradual faculty of perception. The series of drippings of silicone rubber has been accomplished starting from a template consisting of paintings on canvas representing iconographic symbols from western as well as eastern cultures throughout the ages.

In the last room of the gallery we can find five large-scale canvases on which Veneziano has drawn four human figures armed with hammers. In this last work, Days From a Past Future, the artist recycles images from propaganda of past political revolutions and engages them in a dialogue to highlight the emphasis on the act of destruction underlying the processes of disruption and change in human history. The shocking force of the act and the monumentality of the representation suggest a celebratory intent, as opposed to the censorship which takes place even in times of political stability.