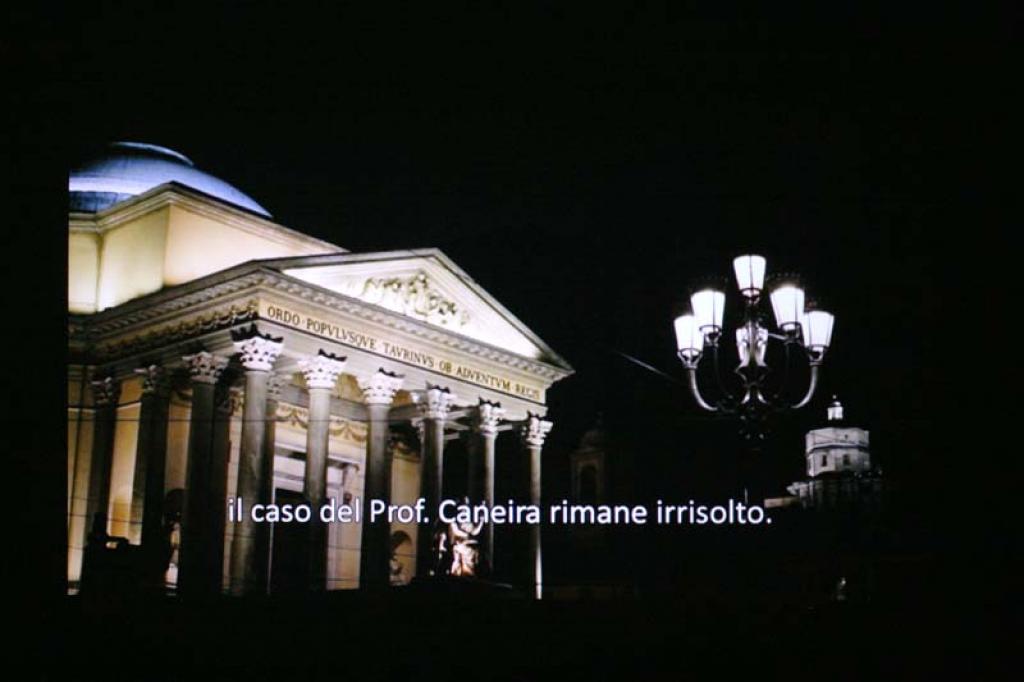 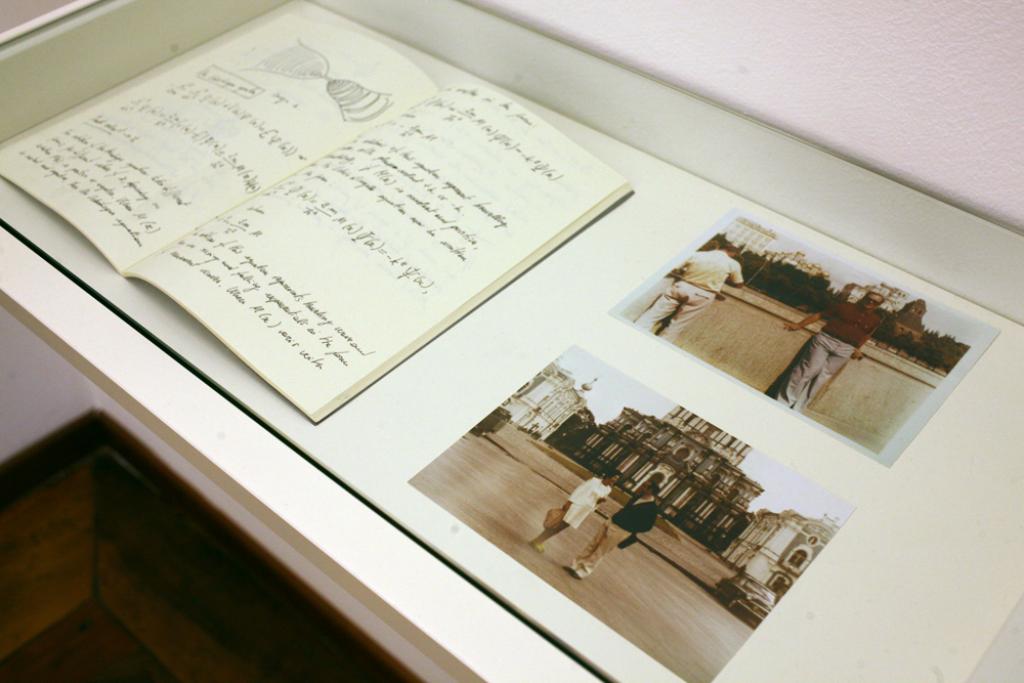 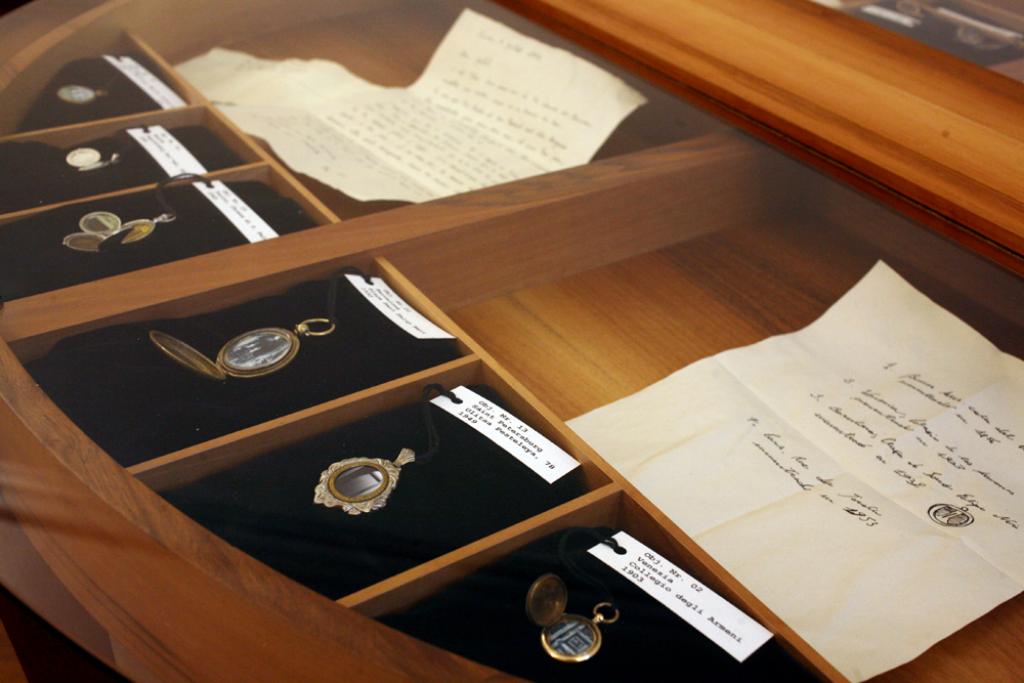 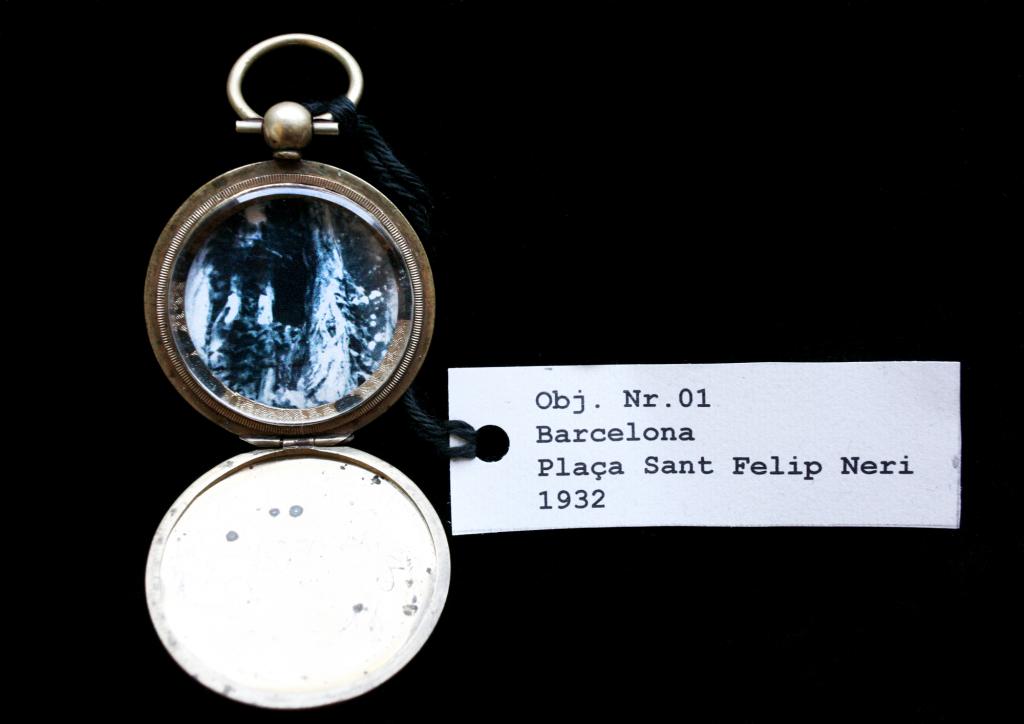 Museo Caneira | the physics of the possible

Alberto Peola has the pleasure to present Eva Frapiccini’s first solo show in a private gallery.
For the entire duration of Museo Caneira | la fisica del possibile (Museum Caneira | the physics of the possible), the gallery is transformed into a museum dedicated to the scientist Aleksander Prus Caneira, born in Barcelona in 1928 and who disappeared under mysterious circumstances from Turin in 1991.

The foyer of the gallery becomes the front desk of the museum, providing information - both in print and digital form - on its foundation, strongly advocated by the Caneira family. To present his research on space-time tunnels, the invisible and the relationship with the Jungian unconscious, the rooms accommodate a variety of objects: a series of letters, diaries, notes and scientific journals, and a collection of unique lockets holding photographs or drawings of what the physicist defined doors to the unconscious. The objects and the finds displayed in the exhibition represent the few items rescued from an arson that, in 1992, almost entirely destroyed the scientist’s studio. Furthermore, the research and life of the scientist intertwine in a short documentary constructed through archival images, scenes of his everyday life and testimonies from his collaborators and students.

A physicist specialized in quantum and cosmic theories, an anthropologist and essayist and the founder and editor of the science journal "Source", Aleksander Prus Caneira – a rather tormented genius figure – studied between Zurich and Princeton and contributed to the research of his famous professors, namely Wolfgang Pauli, Eugene Wigner and John Archibald Wheeler. He was a friend and collaborator of the physicist Hugh Everett III, and of the Jungian psychologist Marie-Louise Von Franz. He also held a lengthy mail correspondence with the writer Jorge Luis Borges.
Caneira taught at Princeton, as well as Zurich and Turin, where – between 1965 and 1976 -- he was active as a researcher in the teams of the Cosmic Physics Centre and CNR. His theories on the doors of the unconscious and on suspended portals – largely despised by the international scientific community – caused him to gradually distance himself from academia, until his final resignation from teaching in 1976. Since the death of his father in 1953, Caneira had been widening the scope of his studies on the invisible, trying not only to find answers to questions typical of quantum and cosmic physics, but also to locate a nexus between space-time and dreams, archetypes, and with the passage from life to death through the anthropological and his own field research. By originally applying a series of concepts to such phenomena -- for example Jung – Pauli’s synchronicity, Everett III’s theory of parallel worlds, and Wheeler’s geometrodynamics --  under the pseudonym Alek Arencia, in 1987 he published the successful essay Una vita nell’aldilà.

Frapiccini strongly criticizes not only the logic behind the production of history, inserting a character who has been “forgotten”, but aims also at discussing the validity of sources, our way of relating to our cultural History, and what could be truly considered auctoritas – as in Stanza, 2010.

During the artfair Artissima 18 (4th to 6th of November), Museo Caneira | la fisica del possibile will temporarily occupy a public space in Via della Rocca, Turin, with the mobile laboratory unit Dream’s Time Capsule, a dream recording station and repository, that will travel around the world between November 2011 and December 2012, to collect an audio database of dreams, to be opened and listened to only after 10 years.